Prince Charles and Duchess Camilla Share Royal-Approved Recipes on a Virtual Culinary Tour of the U.K. 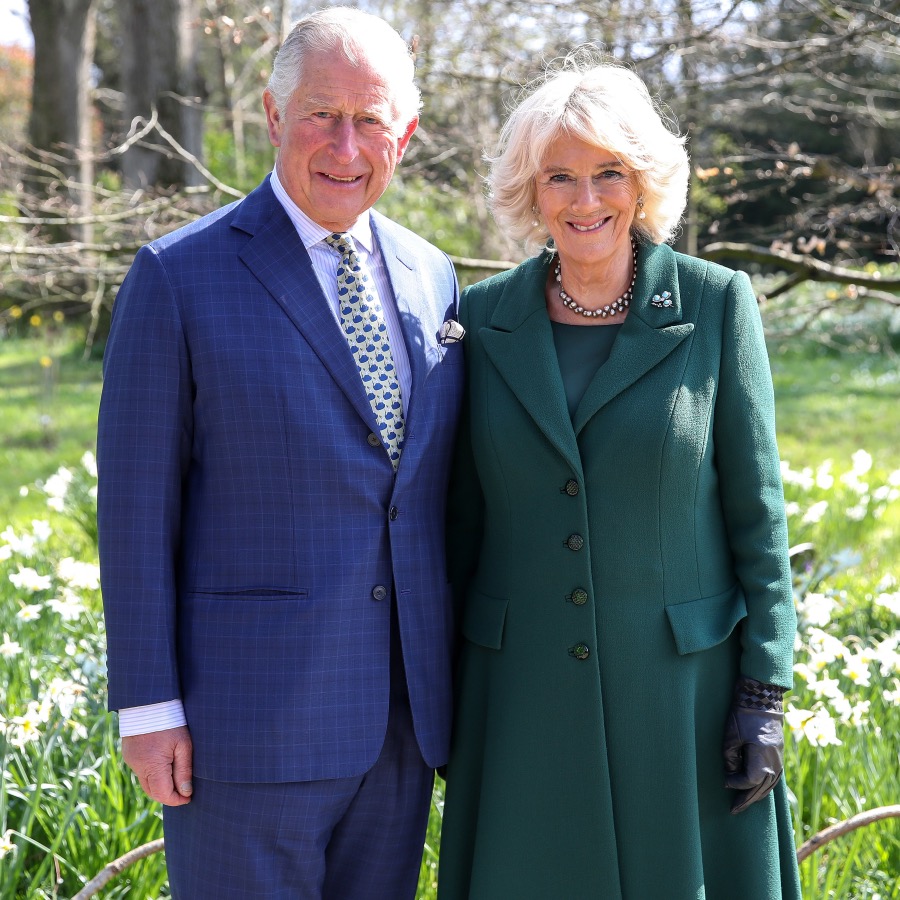 The Prince of Wales and Duchess of Cornwall have shared royal-approved recipes, anecdotes and favourite foodie moments from their U.K. travels. Photo: Chris Jackson-WPA Pool/Getty Images

We may not be able to visit the U.K. just now, but we can whet our appetites for our next vacation as the Prince of Wales and Duchess of Cornwall take to social media for a virtual taste tour around the country. Last week, the royal couple began sharing recipes, anecdotes and favourite foodie moments from their U.K. travels over the years. And along the way, we learn about their appetite for comfort food and baked goods (to accompany that cuppa, of course) and, in the case of Prince Charles, a certain love for cheese — as shown below in the recipe for his favourite cheesy baked egg brunch.

During a visit to Blair Atholl Watermill in Pitlochry back in 2017, Duchess Camilla discovered these old-fashioned oatcakes at one of the last working watermills in the country, where wheat and oats are stoneground in the traditional way to make flour. The recipe, which was shared on the Clarence House official Instagram page, apparently dates back to Roman times and requires only three main ingredients. Oatcakes can be eaten for breakfast or later in the day as a snack.

The Blair Atholl Watermill Bakery often makes oatcakes to sell or serve at the mill. This simple bake is thought to have existed in Scotland since the Roman times!

Mix the dry ingredients and add water until the mixture becomes a workable soft paste. If too hard, add more water. If too soft, add more medium oatmeal.

Turn out onto a surface dusted well with oatmeal.

Roll the paste with a rolling pin to the desired thickness (about 2-6mm).

Cut into shape and place onto a baking tray.

Bake at 170°C for 20-30 minutes. Oatcakes should be toasted brown and not soft in the middle.

Representing England on the tour was the award-winning British food company, Ginsters of Cornwall, which shared its recipe for its famous Cornish pasty with Her Royal Highness last year, during a reception to celebrate Ginsters’s 50th anniversary.

Last summer in Cornwall, Her Royal Highness learnt how to crimp the pastry edge on the famous Cornish pasty with a little help from @therealginsters team.

Put the flour and a pinch of salt in a large bowl and add the cubes of butter.

Use your fingertips to rub the butter into the flour until you have a mixture that resembles coarse breadcrumbs. Do not overwork this stage or it will become greasy.

Add enough of the cold water to bind the dough together.

Roll the pastry into discs of about 5mm in thickness and rest the rounds in the fridge for an hour (or overnight).

Put all the vegetables in a large bowl and tumble with flour. Season with salt and pepper.

Place a mugful of this mix onto a rested pastry disc and top with skirt beef and a dollop of clotted cream.

Fold the disc over to form a D-shape and crimp it by forming a rope effect around the filling.

Place the pasty on a baking sheet, brush with egg wash, and slowly bake in a preheated oven at 180 C for 40 minutes to allow the meat to cook inside the pastry crust.

Allow the pasty to rest before devouring!

In a throwback to the Prince of Wales’s 2004 visit to family-run Ditty’s Home Bakery in Castledawson, Northern Ireland was the next royal destination on the virtual tour, with  Clarence House sharing a recipe for Ditty’s traditional soda farls.

Preheat griddle or heavy based pan (dust griddle with a little flour – when the flour starts to colour, reduce the heat slightly and start baking).

Sift the flour and salt several times into an appropriate bowl.

Make a well in the middle and add the oil and buttermilk. Bring together with a spatula.

Transfer to a flat surface dusted with flour and divide into two.

Knead each one lightly into a round – roll out to approx. 8 inch diameter and divide into four.

Place on a griddle and bake for approx. 4 minutes on each side.

Repeat the process with the other piece of dough.

The final destination on the virtual tour (posted on Sept. 4) featured the royal couple’s visit in 2015 to The Village Bakery in Wrexham, Wales. Their Royal Highnesses officially opened the company’s new bakery and Baking Academy, and while they were there, even practised their technique at flipping the Welsh cakes to make sure they browned evenly on both sides.

The Welsh Cakes are sold across the U.K., and as far afield as Hong Kong, Singapore and the Far East.

Half a tsp grated nutmeg

Measure out the dry ingredients into a bowl and loosely combine by hand.

Using your fingertips, rub the cubes of butter into the dry ingredients, until you form a breadcrumb-like mixture. Add the currants.

Add the beaten egg to the mixture, bring together using a wooden spoon or by hand, adding a splash of milk if it is a little dry.

When the mixture becomes too stiff to mix, turn out onto a board and press into a dough ball by hand. It should be a similar consistency to pastry.

Lightly flour a surface and roll out the dough to about 0.5cm thick.

Use a round or fluted edge cutter to stamp out the Welsh cakes. Any trimmings can be brought together and re-rolled.

Lightly grease a heavy bottom frying pan or flat griddle, and place on a medium heat.

Bake the Welsh cakes on the griddle for about 3 minutes on each side, until golden brown and cooked through.

Transfer to cool on a wire rack, and dust with caster sugar whilst they are still warm.

As it turns out this whirlwind virtual tour of the country was only the latest of Royal recipe reveals. Back in May, Prince Charles shared his favourite cheesy baked eggs recipe on social media, while at the same time supporting small business and local industries hurt by the COVID-19 pandemic. Prince Charles, who has been has been Patron of the Speciality Cheesemakers Association since 1993, was diagnosed with the coronavirus in March and has since made a full recovery.

Butter a small ovenproof dish and line with wilted spinach, making a well in the centre.

Place the cherry tomato (quartered) on top of the spinach

Dot the soft cheese around the dish amongst the tomatoes. Add the torn basil leaves. Optional: add any charcuterie at this point.

Season with salt and pepper.

Crack the egg into the centre of the spinach.

Pour the double cream over the egg – avoid breaking the yolk!

Let it stand for a few minutes before eating.