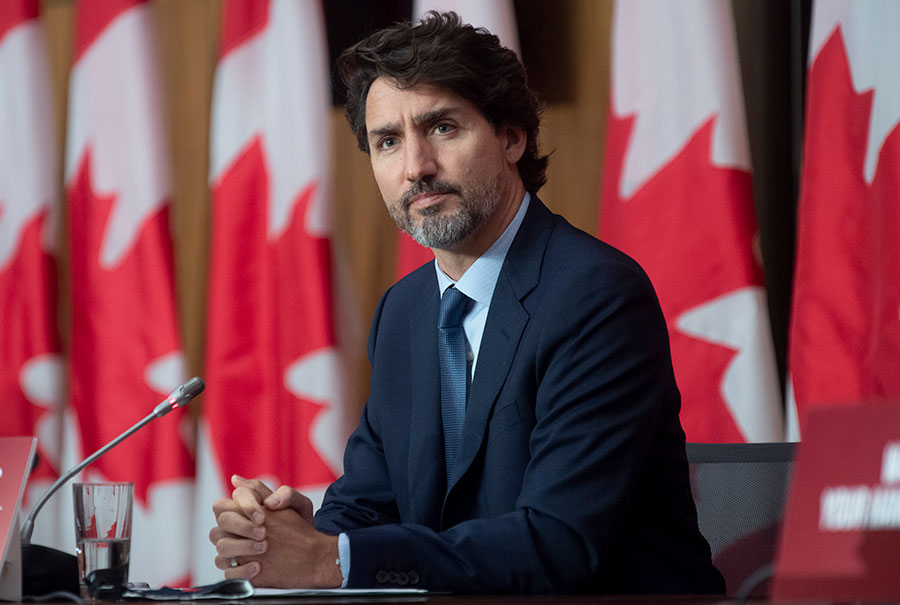 In a radio interview, Prime Minister Justin warned that snowbirds who decide to make the trip “have to recognize that they’re putting themselves at risk. They’re putting their loved ones at risk.” Photo: The Canadian Press/Adrian Wyld

Prime Minister Justin Trudeau recently told a Winnipeg radio station that the border between the U.S. and Canada will remain closed beyond the Oct. 21 deadline (and in fact, the deadline has since been extended to at least Nov. 21) and that snowbirds should think twice about making their annual winter pilgrimage to warmer climes.

Appearing on the Mackling, Megarry & McNabb Global News Radio show, Trudeau warned that until the U.S. gets its COVID-19 situation under control, he would advise everyone – including snowbirds – not to visit this year.

“I know there are a lot of people who are very worried about what’s happening south of the border in Florida, California and Arizona and other places where the virus is not under control,” he said in the interview. “For people’s safety, we really are encouraging them to follow public health advice, which means [avoiding] non-essential travel.”

Since the outbreak of COVID-19 this spring, border crossings between the two countries have been closed to everything but the shipments of essential goods and services. And while people are unable to drive south, they can still fly down to visit the U.S.

The semi-open border situation has Canadian snowbirds facing a big dilemma this year. Should they follow the government’s advice and stay home? Or should they go ahead with their vacations, whether it’s to enjoy warmer weather, visit family and friends or simply maintain their vacation homes?

Trudeau said the government would not prohibit anyone from travelling south by airplane this year, but he urged all those considering a trip to make the “smart decision.”

“If someone chooses to travel, we’re not going to keep them imprisoned in Canada. There is freedom of movement in this country,” he said, answering a question of whether he had considered legislating a ban on travel between the two countries.

Trudeau said that the ongoing inability of the U.S. to contain the virus means that it is likely borders will remain closed for the foreseeable future. “The U.S. is not in a place where we would feel comfortable reopening those borders.”

As well as urging people to avoid non-essential travel, Trudeau urged those who haven’t done so to download the COVID-Alert app.

He admitted that that there is a fatigue factor setting in with this second surge of cases.

Snowbird Planner: Make Sure You’re Protected If You Decide to Take That Big Trip

COVID-19: What We Know About the Second Wave and a Targeted Approach for Protecting Canadians