Discovering Wonders Beyond the Beach in Tobago 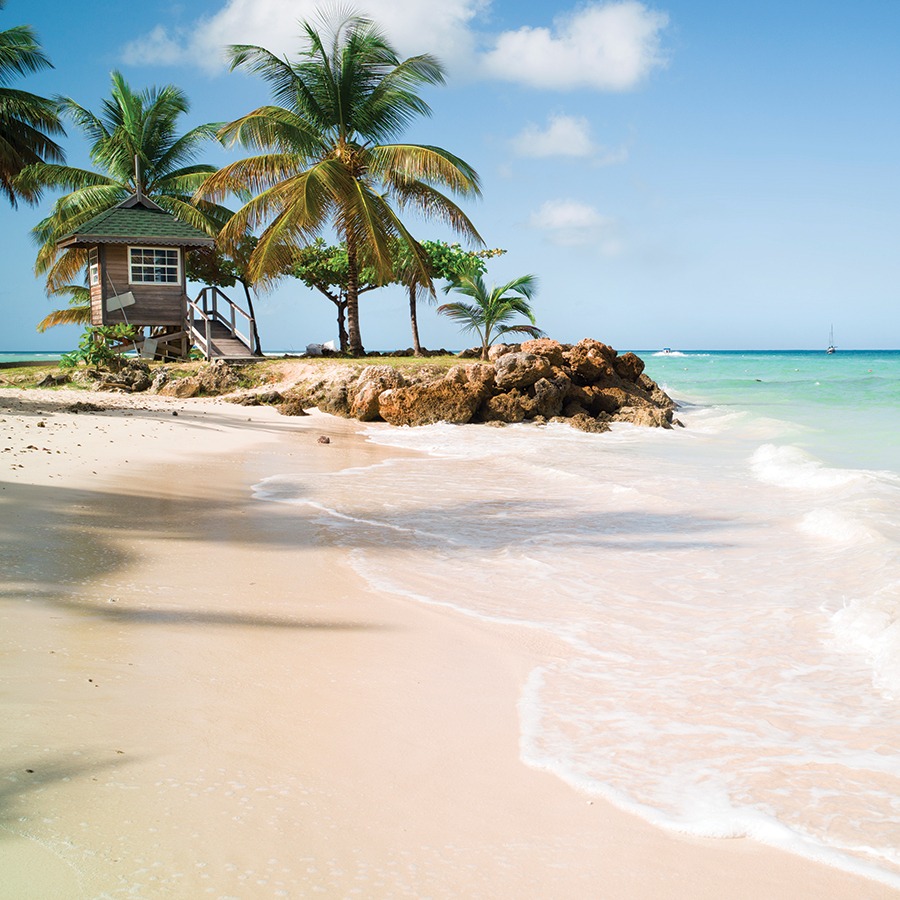 On a long weekend in Tobago, Vivian Vassos revels in the wonder of an island escape.

I’ve sounded the vintage ship’s bell, striking it 10 times, then 10 again. Suddenly, I’m surrounded. Reverberation, a low drumming; a flash of light and feathers. It’s the thrumming of hummingbird wings as they flirt and fly and buzz past my ears at breakneck speeds. They’ve zeroed in on the dozen or so hummingbird feeders hanging from the rafters, careening in to get a sip of nectar, somehow knowing that there’s a reward if they follow the sound of the old bell. Yet I have no fear, just joy. They’re like winged jewels, little angels painting the sky with their colours. When you get this close, you can see the glowing emerald and shining sapphire in their feathers, with hints of white and yellow. And I’ve managed to call a rare ruby gem as well, just fresh from migration from more northerly islands. The hummingbirds are joined by more winged types, from mourning doves to blue motmots, one of the most beautiful birds I have ever seen. In this sudden and intense immersion in nature, it was almost too much to bear. I was overwhelmed just for a moment and nearly brought to tears.

It’s a year ago, before the pandemic. I’m on the Caribbean island of Tobago, about 160 kilometres off the northeast coast of Venezuela, visiting the Adventure Farm and Nature Reserve, where birds such as the native motmot are the main attraction, but where there are also two little rustic cottages for rent. Perched high in the trees for the best vantage point, the observatory is enveloped in the leafy canopy of some of the oldest protected rainforest on the planet, with a view of the colourful gardens and the sea, to boot.

The estate is the passion project and home of Ean Mackay, so wonderfully hippy-dippy in his pink shorts and pale blue shirt, his wire-rimmed glasses that allow his eyes to show the smiling creases of a life in the sun, his grey hair pulled back in a short ponytail and the lilting Caribbean accent that can, with the right voice, sound like honey. Ring the bell, he bade me, and I did. Ean, you could talk me into doing just about anything.

I had been surrounded in a similar way just the day before. This time the only sound in my ears was my own steady breathing. I was the one flirting and floating, snorkelling on the ocean’s surface above the Coral Gardens reef off the Tobago coast. Schools of fish brushed their feathery fins just so against my skin, nuzzling my arms and legs as I hovered above their home. Dories, parrots, a baby barracuda and clowns swam with me. One bit of coral in particular caught my eye, a yellowish tube-like crop on the reef, swinging in the swell like tall grasses swaying in the breeze, doing a soca dance under the sea. It was mesmerizing, a meditative moment of calm.

The island itself is like a conductor of moments. Jewan, our driver, kind and generous with his knowledge of his adopted home, is grace and gratitude in one smiling package. He came from neighbouring Trinidad to sell clothes at the market, he recalls, and fell in love with Tobago. His signature hat features the Rasta colours. To Jewan, they represent a philosophy of life: green for go, yellow for slow down and red for stop.

And nature calls to me over and over again on this little island that covers about 300 square kilometres. We saw stars last night but we weren’t looking up into the night sky, rather down into the depths of the bay near No Man’s Land and Pigeon Point on a guided kayak trip after dark. The mangroves that line the bay’s edge are thick, yet the slim craft can easily manoeuvre around the forest’s gnarly roots as they plunge and twist deep into the brine. You can almost smell the clean air the trees create. And then, a surprise! With every dip of the paddle, every splash of an idle hand or foot trailing along the water’s surface, sparks of green and yellow and white erupt like tiny bubbles just below. This little miracle of natural science is called bioluminescence. Swimming in it brings fits of laughter, swirling sparkles around our ankles and toes. It’s a moment of near-childlike wonder, like creating snow angels in the sea, yet more fleeting. Light in the dark, stars in the deep.

For more of the island’s rainforest and eco-nature, bird-watching and water sports (there’s surfing, too), go to www.tobagobeyond.com. And for information on how the pandemic is affecting travel to Tobago, go to www.visittobago.gov.tt/covid-19-what-you-need-know.

See The Main Ridge Forest Reserve’s guided hikes for rare bird sightings. Depending on the time of year, take in a goat or crab race in Buccoo. The goats, in particular, are taken very seriously, and the animals’ jockeys are handed the reins, so to speak, from generation to generation. Seriousness aside, it’s a lot of fun. A tradition since 1925, it takes place on the Tuesday after Easter Monday, but due to its popularity, more dates have been added.

Stay The Mount Irvine Bay Resort for its hillside ocean views, well-tended gardens and a casual stroll to the beach. Get to know the staff at the Manager’s Rum Punch party or at sundowners by the pool. And may I say the chef does an omelet to perfection? mtirvine.com

A version of this article appeared in the Jan/Feb 2021 issue with the headline “The Natural” on p. 92.

The Hills Are Alive: Heli-Hiking on the Scenic Cariboo Mountains