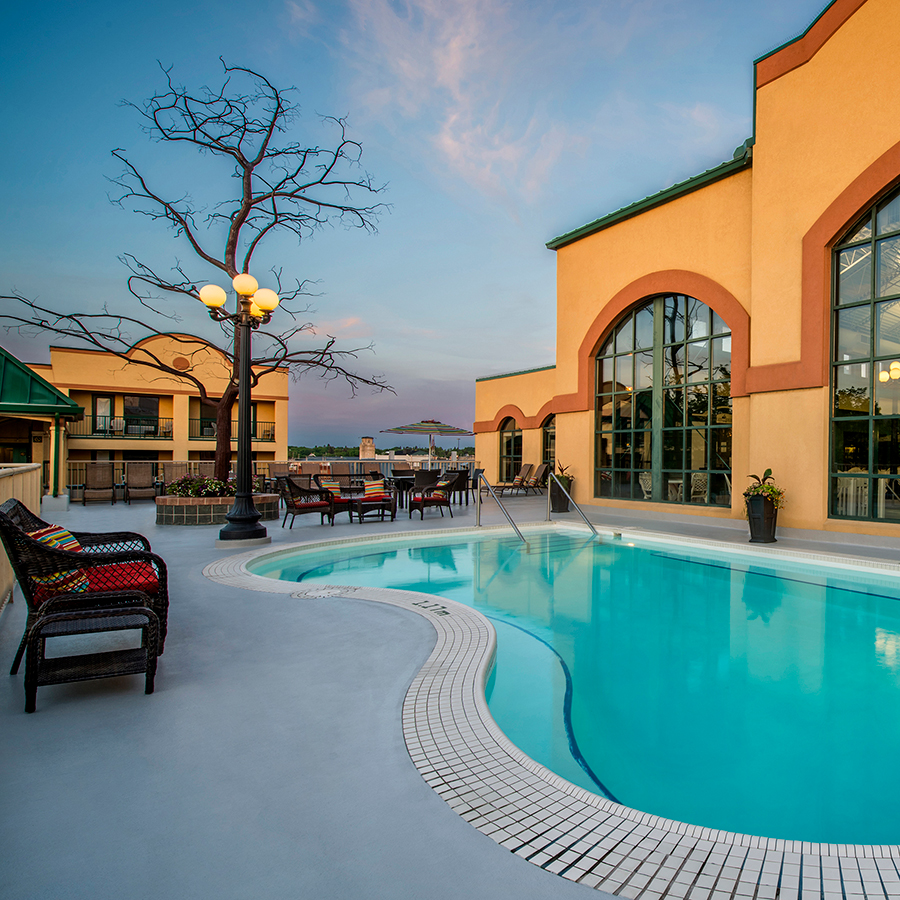 Wellness and staycations is a match made in health. If your bucket list includes soaking in the Dead Sea in Israel or the spas in Baden Baden, both known for therapeutic powers, but you’re putting your travels abroad on hold, allow us to suggest a few places in Canada where you can take a (healing) bath.

In Saskatchewan, immerse yourself in Lake Manitou. At the Manitou Springs Resort and Mineral Spa, guests can take in the mineral-rich healing and restorative properties of the lake’s waters. Plus the high salt content supports the body with greater buoyancy, making it an easy float.

If you’re more a city type, check into Temple Gardens Hotel & Spa in Moose Jaw. The spa is set on Canada’s largest therapeutic geothermal mineral pool, which is heated by a natural molten mass that originates in the earth’s core.

If you’d rather stay on dry land but still want to feel like you’ve gone to a spa across the sea, Ontario’s Bay of Quinte is home to The Notwaste Russian Banya Experience. Built outdoors, the “Banya,”or steam sauna hut, was considered a status symbol, and Russian immigrants would often build it before building their homes. Based on a 1,000-year-old tradition, the treatment is akin to a sauna powered by a wood stone surrounded by cobblestones and is set to about 95 C degrees (in contrast, a Finnish sauna is a hotter, dry heat sauna, while Turkish baths are cooler and more water-intensive). Once the steam reaches optimal, a splash of water on the heated cobbles intensifies the experience. A shot of vodka on the side doesn’t hurt either.

And if frozen water is more your thing and if you’re looking for a safe and physically distant way to visit the grandkids, head to the Thousand Islands Parkway in Gananoque, Ont., a two-hour drive from Ottawa and about three hours from Toronto.

Among the wintery magical landscapes along the shores of the St. Lawrence River (there are even castles!), there’s a new place to lace up your skates. The just-opened Gord Brown Memorial Canada 150 Outdoor Rink – named after the region’s member of Parliament who served from 2004 until his death in 2018 – is also a bit of nostalgia, days of outdoor rinks being Canada’s pride.

Not too far down the highway, in Kingston, Blue Rock Charters offers guided ice fishing excursions, where visitors use fish finders and flashers to catch pike from portable huts.