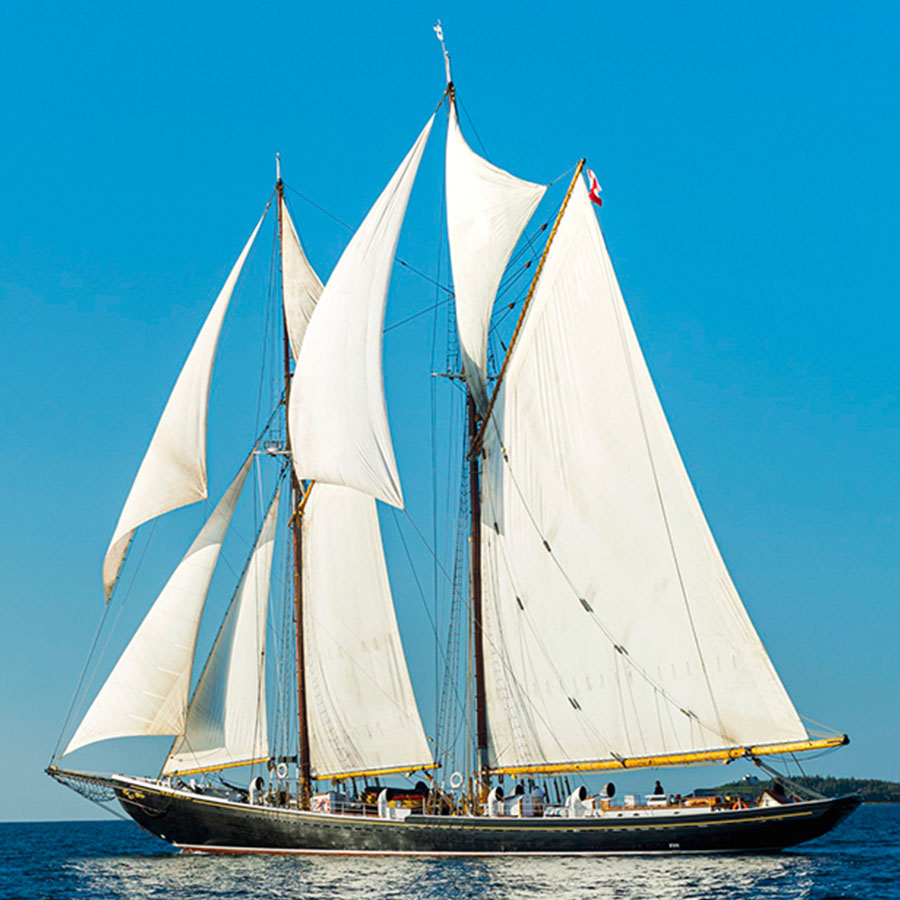 From celebrations to mark the 100th anniversary of the Bluenose (above) to tours of Georges Island's military buildings, Nova Scotia has plenty to offer when we're ready to travel again. Photo: Tourism Nova Scotia

Canada’s most famous ship, the Bluenose, celebrates its 100th birthday. Cape Breton will showcase Atlantic Canada’s first eight-person gondola and a new “treewalk” experience. Halifax will open what is hoped to be the city’s first five-star hotel, The Muir. And a new viewing platform will be unveiled at Peggy’s Cove.

Here’s a look at some of the highlights. Let’s hope we can all visit this year.

Bluenose: Ahead by a Century

Canada’s most famous ship (you might recognize it from the back of a Canadian dime) was launched in beautiful, colourful Lunenburg on March 26, 1921. She went on to a tremendous racing career and was never defeated. The ship ran aground off the coast of Haiti in 1948, but the Bluenose II was launched 15 years later. Today, Canada’s iconic ship is regularly open to the public and offers onboard access and even cruises. There will be livestream celebrations from Lunenburg on March 26 this year, including interviews, live music and storytelling and then weekly livestream events after that. Visit the Bluenose website for more information.

Cape Breton on the Rise

One of the most anticipated set of attractions in years will open near the northern tip of Cape Breton Island this summer. Atlantic Canada’s first eight-person gondola is slated to open around Canada Day at Cape Smokey Provincial Park, a 10-minute drive from the famous Keltic Lodge and Highlands Links Golf Course in Ingonish. The gondola will whisk folks from the water’s edge to the top of Cape Smokey in four minutes, a distance of 320 metres, with amazing views of the Atlantic Ocean and the Cape Breton coastline. The gondola will be open year-round so it will service Cape Smokey skiers and winter enthusiasts.

Around the same time as the gondola opening, the Ingonish Treewalk should throw its doors open for visitors. The Treewalk is a series of walkways and ramps that will soar 30 metres into the air and will feature displays that allow you to explore local nature, learn about the history of the Mi’kmaq people and soak in amazing views of the coast. A double-barrel attraction.

You can’t improve on the view, but they’re making the iconic lighthouse and rugged coastline at Peggy’s Cove much easier to admire this year. A new viewing platform with vastly improved accessibility for the disabled (as well as better protection for the land) is slated to open in June. Canada’s most famous lighthouse is about 45 minutes from Halifax.

The new Muir Hotel (a member of the Marriott Autograph Collection) is set to open on the city’s waterfront this summer as part of what’s called the Queen’s Marque District. It’s being billed as the city’s most luxurious property and potentially its first five-star hotel. All 109 rooms, designed by the highly talented Studio Munge, will feature bespoke furniture and lighting designed and crafted in Canada, as well as local paintings and pottery. Almost all rooms will have a view of Halifax harbour. Guests will have access to free kayaks, paddle boards and bikes and also can access the hotel’s private yacht and motorboat. A whole new level of luxury for Halifax.

The Inn at the Winery is scheduled to open in spring 2021 in a restored farm home at Domaine de Grand Pré winery in beautiful Wolfville. The inn will have six spacious rooms spread over three levels. One great feature is the Chef’s Table Dining Experience for eight to 10 guests, where you can watch your five- or seven-course, wine-paired meal being prepared. The sparkling wines made at nearby Benjamin Bridge Winery have been winning awards all over the world. You’re also just steps from the Grand-Pré National Historic Site, home to the famous Evangeline memorial, plus gardens and a wonderful museum of Acadian history.

For years, residents and visitors in Halifax have gazed out at the old military buildings on Georges Island in Halifax Harbour and thought, “Don’t I wish I could check that place out.” The island has been closed for generations but finally opened to the public for limited viewing late last summer. This will mark the first full season for tours of the island, which was fortified by the British military in 1750 and later served as a deportation centre for the province’s Acadian population. You can explore Fort Charlotte, admire massive cannons from the 1860s and explore the island’s spooky underground tunnels.