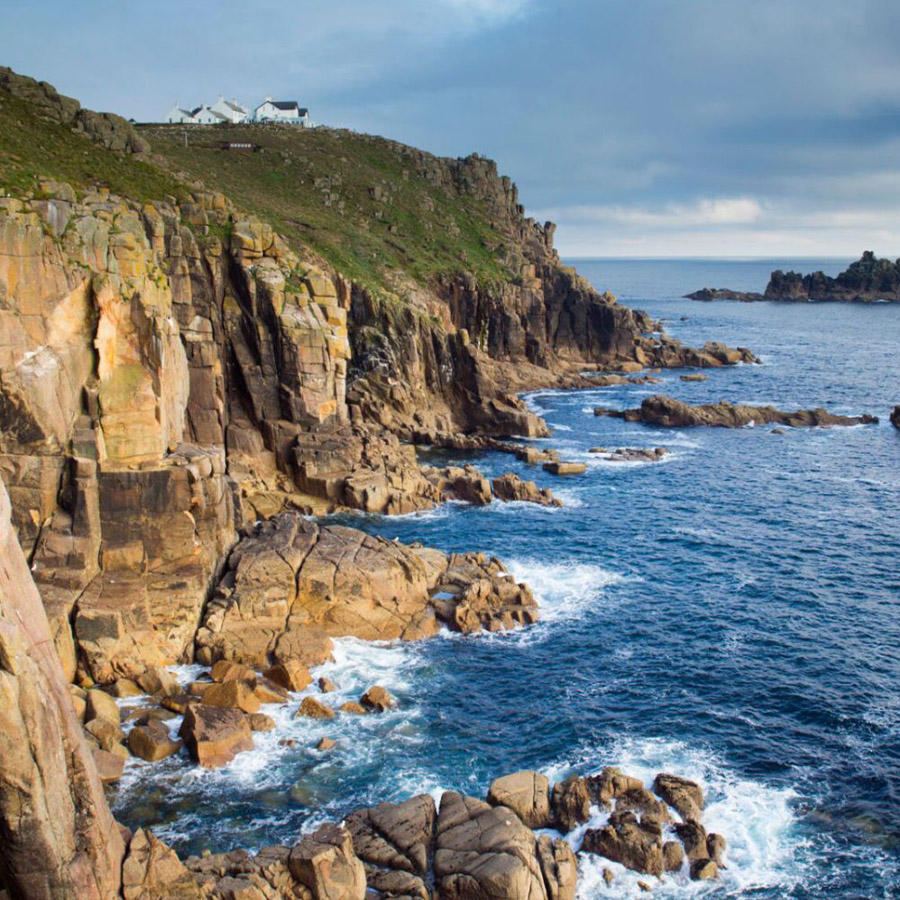 In June, this scenic corner of Southwest England becomes the destination for the powerful and the political. Among the G7 leaders, Canada’s prime minister, Justin Trudeau, will be in attendance. Lands End, Cornwall. Photo Courtesy of VisitCornwall

A G7 Summit guide to Cornwall, England may sound like it’s not on the agenda, but it should be. This year, some of the world’s leaders will meet in a little — and absolutely gorgeous! — corner of southwest England, known as Cornwall. Many may be familiar with it because Camilla, the wife of Charles, the Prince of Wales, is also known as the Duchess of Cornwall. Or for the Cornish pasties, the beloved savoury turnovers filled with meat and veggies.

Others may know this lovely spot where Land’s End (and Penzance!) meets the Atlantic from its Brit television presence. Doc Martin and Poldark (both shows air on Zoomer’s sister station, VisionTV) are set and filmed in Cornwall.

The area is known for sandy beaches (more than 300 of them!), many with Caribbean-blue tinged water, seaside villages and resorts, wild moorland and towering cliffs, so there are plenty of options for hiking, cycling, surfing and exploring.

But in June, Cornwall becomes the destination for the powerful and the political. Among the G7 leaders, Canada’s prime minister, Justin Trudeau, will be in attendance. But even hard-working world leaders might be looking for some downtime when the business of the day is said and done.

So what would JT do if he chose to stay and have a few days of vacation with his family? We asked our friends at VisitBritain to give us a snapshot of where to go and what to experience while in southwest England. First, however, a caveat: Please note this is in the spirit of fun and does not reflect the prime minister’s actual itinerary at the summit.

Take a Hike or a Surf

Explore the beauty of England’s southwest with a walk along the newly opened English Coast Path. Or take a peek at some of the superb coastal views through Somerset, Devon, Cornwall and Dorset.

Cornwall has 12 Areas of Outstanding Natural Beauty (AONBs) from the dramatic cliffs of the North Coast to the beautifully bleak hills of Bodmin Moor. Plus, it’s always surf’s up in Cornwall, attracting surfers and kitesurfers from around the world. Take a lesson offered by Extreme Academy to get the adrenalin pumping.

Go Down the Garden Path

Be wowed while visiting the Eden Project located on the southeast coast of Cornwall. A huge rejuvenation project, it was created out of a depleted clay pit, and the huge crater is now a thriving garden featuring massive biomes housing the world’s largest rainforest in captivity, stunning plants, contemporary gardens and exhibitions.

For another garden paradise, explore the Lost Gardens of Heligan near Mevagissey, an estate left to decay after the First World War, but rediscovered and reawakened in 1990. Today its 200 acres are considered one of the most romantic and mysterious gardens in England.

Walk in the Footsteps of Legends

Cornwall’s Tintagel Castle is inextricably linked with the legend of King Arthur. Situated along the dramatic and windswept coastline, the castle ruins echo with stories from centuries ago. Built half on the mainland and half on a jagged headland projecting into the Cornish sea, the new Tintagel Bridge brings the two impressive sites together.

Journey by boat or by land causeway when the tide is right to St Michael’s Mount, just offshore at Marzion. It tells tales of Archangel Michael and a giant killer named Jack. Archangel Michael was the patron saint of fishermen, guiding seafarers to safety along the rocky shore. Cormoran the Giant made his home on the Mount, stealing cattle and causing mayhem until a young lad named Jack lay a trap, luring the monster to his death.

Cornwall is definitely a destination for dedicated foodies. Top chefs such as Rick Stein and Paul Ainsworth (who make Padstow a must-visit hotspot) and Nathan Outlaw (with two locations in Port Isaac) deliver the finest in fresh seafood and local Cornish produce.

For a multicultural bite, book dinner at Kahuna Restaurant in Newquay where the chefs feature a Pan Asian menu inspired by years of travel. For more traditional fare, there are fresh-from-the-sea fish and chips, Fal oysters, Cornish sardines, decadent Cornish cream teas and Cornish pasties. Did you know that at least 120 million Cornish pasties are made each year?

Next door in East Devon, there’s a little bit of Canada in the Blackdown Hills AONB. The Canadian flag flutters above Wolford Chapel, which is owned by Ontario. It’s the burial place of John Graves Simcoe, Toronto’s founder and the first lieutenant governor of Upper Canada (Ontario). In Kent, Quebec House in Westerham is the childhood home of General James Wolfe, who won the Battle of Quebec on the Plains of Abraham but lost his life doing so. The churchyard of All Saints Church in Orpington is the resting place for 90 Canadian soldiers who died in the town during the First World War. More than 100 Canadians fought in the Battle of Britain during the Second World War, and 23 lost their lives. Find out more about the battle and see the memorabilia collection at the Battle of Britain Museum in Folkstone.

“Walking to Camelot”: A Journey on the Footpaths of the English Countryside

Take a Virtual Tour of Boughton House, the ‘English Versailles’