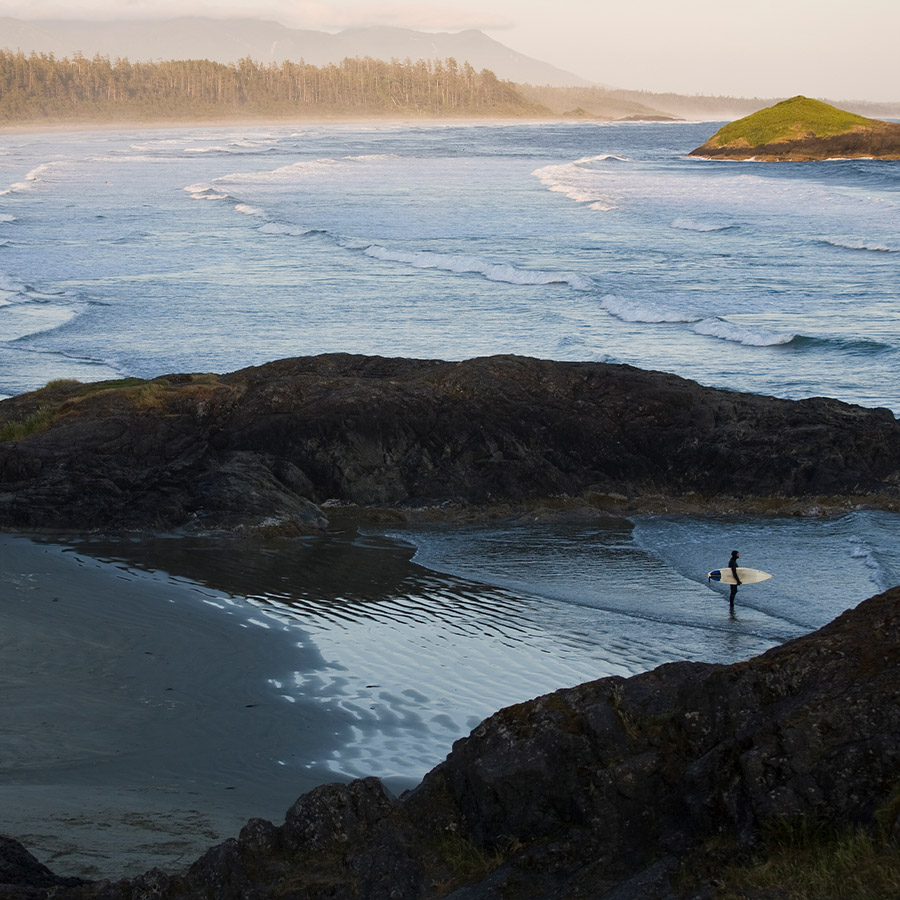 Vancouver Island offers one of Canada's best drives and offers plenty of intriguing stops along the way. Photo: Jaime Kowal/GettyImages

The southern tip of Vancouver Island makes for a great road trip pretty much any time of year. But summer is an outstanding time to go, with drier days and warmer weather.

One of the great drives in Canada is the Pacific Marine Circle Route, a 263-km marked route that goes through the charming towns of Sooke, Port Renfrew and the Cowichan Valley, also known as Vancouver Island’s bread basket. It also skirts the western suburbs of Victoria.

Sooke is a truly terrific town west of Victoria on the Salish Sea, an arm of the Pacific Ocean that runs south of Vancouver Island. It’s home to a wonderful, homey, coffee shop called The Stick in the Mud, as well as a restaurant named Mom’s Café that makes great lunches and apple pies roughly the size of a basketball.

Seaflora is a pretty shop that makes award-winning beauty products out of locally harvested seaweed, which is full of nutrients.

Just a little north of town is Sooke Potholes Provincial Park, which doesn’t have a great name if you’re a marketer but features a beautiful series of waterfalls that cascade down a small cliff.

There are great walking paths, and it’s also reachable by bike on the Galloping Goose Trail, an old rail line that connects Victoria and Sooke. If you love good food or need a fine place to stay the night, the Sooke Harbour House is a marvellous spot on the water with a fabulous wine list and lovely views of Puget Sound. Check to see if they’re open.

If you’re still sleepy or a little peckish, stop in the town of Shirley, just west of Sooke, for a bite to eat at a small place called Shirley Delicious. Take your coffee with you and have a sip as you look out at the water at French Beach Provincial Park, a short drive west of Shirley.

One of the great activities in the region is a hike to Mystic Beach, which is just terrific. You’ll pass through thickets of beautiful forest and emerge roughly 45 minutes later on a gorgeous beach with high cliffs and, last time I checked, a fun rope swing.

Port Renfrew is a funky, west coast town with several cosy restaurants and a warm, sleepy feel to it. Stop for the night at Wild Renfrew Seaside Cottages, which are right on the water and well appointed.

Just a few minutes outside town is an incredible old-growth forest called Avatar Grove, with some of the widest, most towering trees you can imagine.

The road goes inland after Port Renfrew and passes through pretty forests before you reach the town of Lake Cowichan.

There’s a farm in North Cowichan with a tea grower called The Westholme Tea Company, where you can get a tour, try some samples and buy tea gear and ceramic art. Bird’s Eye Cove Farm is a lovely spot east of the small city of Duncan that has fine produce and a beautiful event space for weddings and other functions. When allowed, they have regular pizza nights as well. Kids will love checking out the farm animals, including Highland cattle with orange, Donald Trump-like comb-overs. They also have cabins to rent.

It’s only about an hour’s drive from the farm to Victoria, which is one of the most charming cities in Canada. It’s also home to amazing restaurants, funky neighbourhoods, great coffee shops and beautiful coastal drives, not to mention a pretty harbour and the stately Fairmont Empress Hotel. World-renowned Butchart Gardens is just a little north of Victoria.