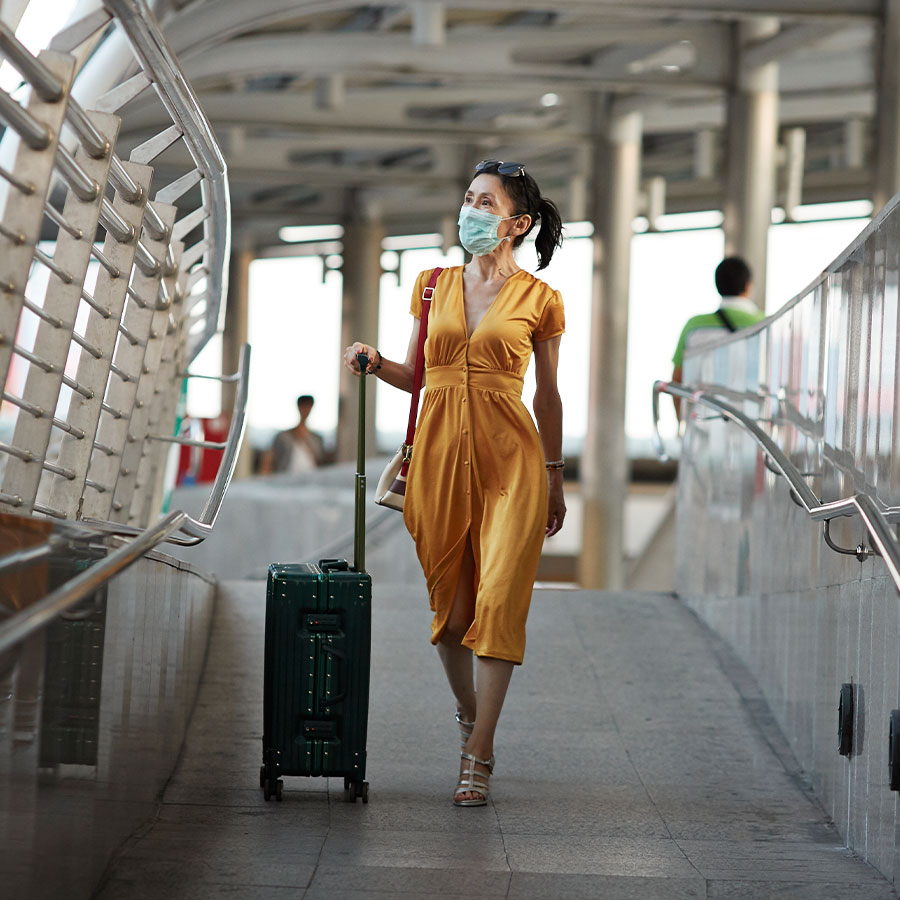 Under a new plan, up to 20,000 U.S. frequent flyers with carriers like American Airlines, Southwest Airlines Co, and Delta Air Lines could get matching status when flying Air Canada north of the border. Photo: Klaus Vedfelt / GettyImages

Canada is trying to use the lure of travel perks to convince America’s frequent flying elite to fly north on Air Canada, as the country steps up efforts to revive crucial traffic from the United States, a Canadian official told Reuters.

COVID-19 has battered travel from Canada’s largest tourism market. During the first half of 2021, Canada had about 178,000 overnight arrivals from the United States, compared with 6.8 million during the same period in 2019, according to government data.

It is part of broader, C$14 million ($11.2 million) efforts by the tourism commission to boost traffic after Canada recently opened its borders to vaccinated travellers. It is not clear how much the specific frequent flyer campaign will cost.

“This is super-focused in terms of our ability to reach frequent fliers,” said Gloria Loree, Destination Canada’s chief marketing officer ahead of the launch.

Under the plan, up to 20,000 U.S. frequent flyers with carriers like American Airlines, Southwest Airlines Co, and Delta Air Lines could get matching status when flying Air Canada north of the border.

It is not clear how U.S. carriers would react to the plan, although Loree said the possibility of airline retaliation had been considered.

Frequent-flyer status gives travelers perks like priority boarding that would normally cost a premium fare or a fee.

While global airline alliances offer status-matching to passengers from their member carriers, having a destination sponsor such a plan is highly unusual, said Mark-Ross Smith, chief executive of Status Match, which handles logistics for the Canadian project.

“This is the push to get them coming to Canada.”

Eligible U.S. frequent flyers who book and travel north on AC before Jan. 15, 2022 will keep their status with the carrier for all of 2022, she said.

It comes as countries ease restrictions on international travel, with the United States set to reopen in November to vaccinated air travelers from 33 countries.

She argued boosting cross-border travel will help both countries.

Loree said funding frequent-flyer status matching is no different from other incentives paid for by Destination Canada, such as a separate campaign this year with Air Canada’s rival WestJet Airlines.

Loree said the goal is to restore routes from the United States, while trying to attract travelers who will return to Canada.

In April, hard-hit Air Canada received an estimated C$5.9 billion government aid package with the country gaining a roughly 6% stake in the carrier.

While Canada’s high vaccination rate could lure tourists, the cost of the country’s PCR test requirements for arrivals could dissuade some travelers, said Frederic Dimanche, director of the Ted Rogers School of Hospitality and Tourism Management at Ryerson University.

Loree said targeting U.S. frequent fliers is a plus because they are largely accustomed to those requirements.

“They’ve figured out how to travel,” Loree said. “So we want them to consider Canada as their next trip.”

(Reporting By Allison Lampert in Montreal; Editing by Denny Thomas and Lisa Shumaker)

What a Five-Month Stay in Floripa, Brazil, Taught Me About Life After 60