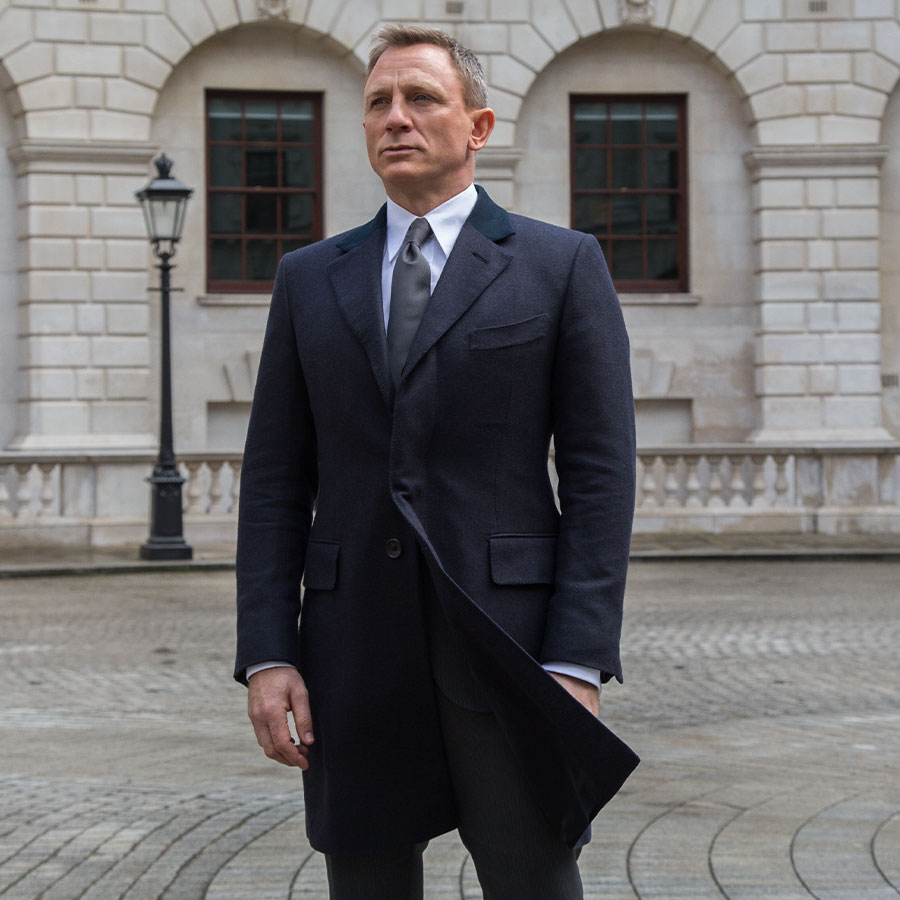 With the latest film, No Time to Die, in cinemas this month, James Bond is back and he’s better than ever.

The film franchise is known for its use of gorgeous locations, from Mexico to Hong Kong to Jamaica (where the character’s creator, Ian Fleming, had a home), but nowhere is Bond more at home than his home, the United Kingdom.

HQ is MI6 in London, where you’ll spy M, Q and Bond around Whitehall and Westminster, doing his duty for Queen and country. But his majesty’s secret service man also takes us on a car chase or two through the wilds of Scotland (also part of the origin story revealed in Skyfall).

We have the scoop on some of the behind-the-scenes locations that have featured the adventures of the spy whom we love. Check out these 007-approved ways to get your inner Bond on, according to VisitBritain.

The areas of Whitehall and Westminster are the backyard of MI6, the secret service headquarters where Bond works. In No Time to Die, you may also spot the Hammersmith Bridge as the backdrop to a meeting between James Bond and M, played by Ralph Fiennes. Take a stroll of the area with Brit Movie Tours, which offers a James Bond walking tour of London.

London is nothing without the River Thames, the artery that winds its way through the city and provides an alternate way to travel from end to end. Royalty would use it to float from palace to palace — Greenwich, Whitehall and Hampton Court are all along its banks. These days, Thames Rockets also offers a Bond-esque speedboat tour of the River Thames, whizzing by the offices of MI5 and MI6 en route. Accompanied by a James Bond soundtrack, spy Tower Bridge, the Tower of London and the Shard among a few other iconic locations.

And, darlings, let’s not forget that martini. The iconic cocktail’s preparation — shaken, not stirred — is still often debated among aficionados. Try it at Dukes Hotel in St. James, a favourite watering hole for late Bond author Ian Fleming; it is said the Vesper Martini was invented here, which was featured in Fleming’s first Bond novel, Casino Royale.

Home to an array of bespoke tailors, Savile Row in Mayfair is just the place for visitors keen to emulate the Bond look. Running parallel to Regent Street, its tailoring heritage dates back to the late 18th century, and the majority of businesses produce bespoke suits that are cut and made by hand. Marvel at the street’s exceptional architecture, including 3 Savile Row — the Apple Studios office of the Beatles and the site of the band’s final live performance, before discovering true sartorial artistry at Gieves & Hawkes. Founded in 1771, it is one of the world’s oldest continual bespoke tailoring companies and has boasted a number of Royal Warrants since 1809.

Before Daniel Craig, there was Pierce Brosnan as 007. In The World Is Not Enough, Brosnan’s Bond speeds down the Thames passing various London landmarks, ending up on top of the Millennium Dome. Now called the O2, follow in Bond’s footsteps and climb to the top of this London landmark for panoramic views of the city on the Up at the O2 Tour. Climbs are available throughout the day as well as at sunset and twilight. Special celebration climbs can also be organized that include a glass of champagne at the summit to toast the occasion.

Bond loved his cars, and his Aston Martin was most likely his favourite. Loaded with all the bells and whistles takes on a different meaning here: Fans of classic cars can gain access to the world of Aston Martin with the bespoke experience At Home with Aston Martin: Power, Passion and Heritage. Take an exclusive tour of the car brand’s factory and global headquarters in Gaydon, visit their heritage centre in Drayton Saint Leonard, the Aston Martin Works, and get behind the wheel for a performance driving experience at Millbrook Proving Ground in Bedford.

Where to Stay: The Londoner

The English capital’s newest luxury hotel just opened in September 2021. The Londoner marks the rebirth for Leicester Square (an area known to straddle west end theatre and the tony neighbourhoods of SoHo and Carnaby Street and Covent Garden). It touts itself as the introduction of the world’s first “super boutique” hotel, with 350 rooms spread across 16 storeys as well as a  members club-style private area and cinema. Designed in collaboration with Canadian architecture firm Yabu Pushelberg, the property captures the character of London itself, with nods to British humour.

A car chase sequence in the movie was filmed in and around Cairngorms National Park, the U.K.’s largest national park. This included the quintessential Scottish Highlands resort town of Aviemore and Loch Laggan, taking in the historic manor of Ardverikie Estate on its banks. The loch also features Scotland’s largest freshwater beach, so dip your toe in or just take your shoes off and feel sand beneath your feet. This part of the Scottish Highlands is home to dramatic scenery and native wildlife including eagles, capercaillies and ospreys.

We’d be remiss if we didn’t mention whisky. It is Scotland after all, and scotch is, well, their thing. Whisky distilleries are aplenty, including Dalwhinnie Distillery, Speyside Distillery Co. and Stag’s Breath Distillery. Other attractions in the area include the 17th century Braemar Castle, the museums of Tomintoul and Glenlivet Discovery Centre, as well as the Lost Gallery in Glen Nochty.

Where to Stay: The Fife Arms, Braemor, Scotland

The Fife Arms is a Victorian coaching inn that has been restored within the historic Scottish village of Braemar on the eastern side of the Cairngorms. For the literary fan, Robert Louis Stevenson began to write his classic novel Treasure Island in Braemar. With interiors by Russell Sage (also known for London’s The Zetter Townhouse; The Goring (where Kate Middleton stayed the night before her wedding); and The Savoy Grill), the spaces highlight 14,000 pieces of historic artwork and eclectic artefacts — all presented in a contemporary setting. There are several bars and restaurants, but for fashion fans, the standout is Elsa’s, a chic art deco cocktail bar that is inspired by legendary fashion designer Elsa Schiaparelli, who visited Braemar.

For COVID-19 guidelines to travel to the U.K., visit the Gov.UK website or Visit Great Britain.