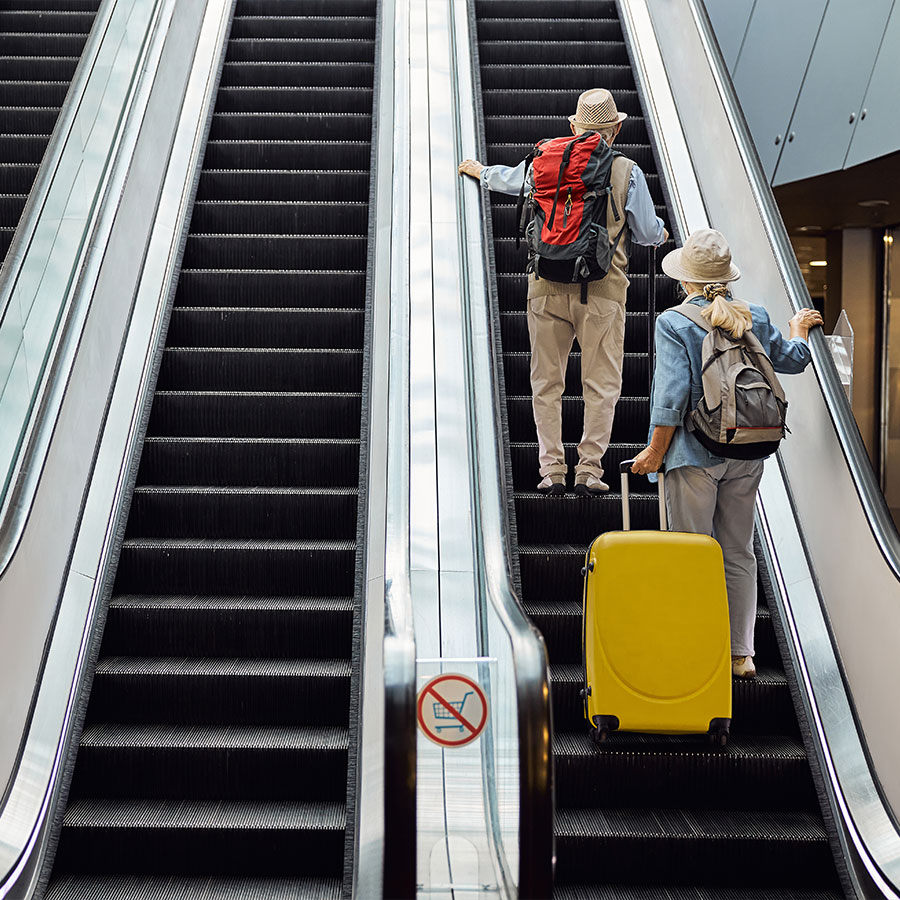 A new COVID-19 variant, first reported in southern Africa, has dealt a blow to the travel industry just as it had recovery in its sights. Photo: Svitlana Hulko / GettyImages

Airlines are scrambling to limit the impact of the latest coronavirus variant on their networks, while delays in bookings are threatening an already fragile recovery for global tourism.

Shares in airlines bounced back with the rest of the market on Monday after a sharp sell-off on Friday when the discovery of a new coronavirus mutation took a heavy toll on stocks.

After a weekend of sudden border restrictions and route suspensions, analysts said the industry was waiting nervously as scientists assess the gravity of the Omicron variant — and preparing to wait even longer to mend its bruised finances.

“The hope for U.S. and European carriers had been that opening the Atlantic would allow them to operate long-haul routes on a cash-positive basis but border restrictions make it even harder to get the demand in,” said James Halstead, managing partner at consultancy Aviation Strategy.

The latest outbreak, first reported in southern Africa, dealt a blow to the industry just as it had recovery in its sights, especially following the easing of U.S.-bound travel.

HSBC said it would put the sector’s recovery back by a year.

Those in the front line include the interconnecting Gulf carriers and airlines like Lufthansa, which depends heavily on transit traffic at its Frankfurt base, analysts said.

Big carriers acted swiftly to protect their hubs by curbing passenger travel from southern Africa, fearing that a spread of a new virus would trigger restrictions from other destinations beyond the immediately affected regions, industry sources said.

“Your whole network is at risk when running a hub,” Halstead said.

Singapore deferred plans to open its borders to vaccinated travellers from the United Arab Emirates, Qatar and Saudi Arabia because those countries are transit hubs for African travel.

Singapore Airlines said it had converted some of its flights to Johannesburg and Cape Town to cargo-only.

Qatar Airways said it would no longer accept passengers travelling from five Southern African countries but would fly passengers to those countries in line with current restrictions.

Southern Africa, where Omicron was first detected, accounts for only a tiny portion of the world’s international travel, but Israel and Japan have announced border closures to all foreign travellers and Britain and Australia have tightened rules for all arrivals in response to the new variant.

Concerns have also been raised about future bookings.

Some Australian travellers booked through Flight Centre Travel Group Ltd have cancelled or delayed trips amid new requirements for arrivals to isolate at home or a hotel for 72 hours while awaiting the results of a COVID-19 test, a spokesperson for the travel agency said.

“It is still very early days and people are generally prepared to wait and see what eventuates.”

Australia’s border remains closed to tourists from all countries except New Zealand and Singapore.

In Germany, DER Touristik said that after very positive bookings at the beginning of autumn it had seen a reluctance to book, including for southern African destinations.

“At this moment, the observation is that people are still keen to carry on with their travel plans, because they have been planning for this for a long time,” he said. “We have not received any calls of concern for Europe tours.”

Some companies seemed exasperated by the latest threat to business as usual, just when the industry had won a respite.

“It’s too early to make any predictions,” a spokesperson for IAG-owned Spanish carrier Iberia said.

“As for contingency plans, do the flexibility and capacity to adapt that we have demonstrated throughout the pandemic seem insignificant to you?”

(Reporting by Jamie Freed in Sydney and Chen Lin in Singapore, Tommy Lund in London, Clara-Laeila Laudette in Madrid, Ilona Wissenbach in Frankfurt, Tim Hepher in ParisEditing by Shri Navaratnam and Mark Heinrich)

Bryan Adams Tests Positive for COVID for the Second Time — Dr. Fauci Reluctantly Weighs in on the Rock Star’s Case

Snowbird Savvy: What You Need to Know About Cruising in COVID Times