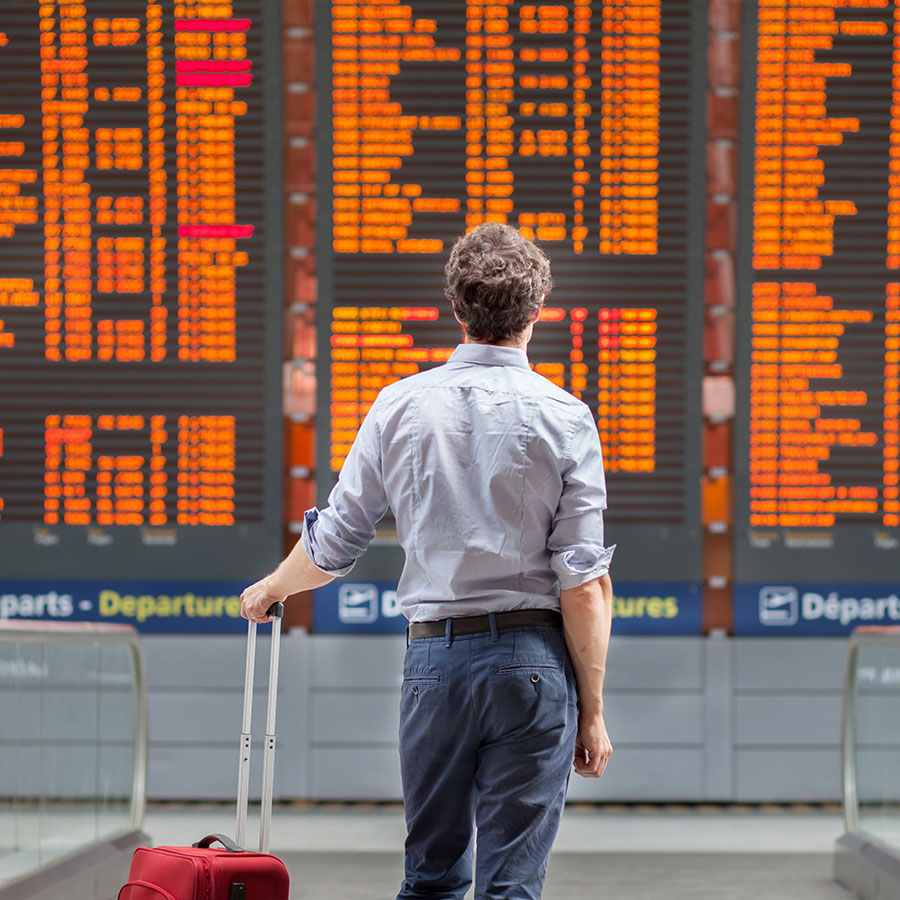 After two years of pandemic restrictions, travel demand is back with a vengeance, but airlines and airports that slashed jobs during the depths of the COVID-19 crisis are struggling to keep up. Photo: anyaberkut/Getty Images

People around the world are anxious to travel again as pandemic restrictions are being lifted. But those planning to jump on a plane for a vacation have been frustrated by chaos in the airline industry. In both North America and Europe, thousands of flights have been cancelled and hundreds of thousands of passengers have had their trips disrupted.

Here are answers to some key questions about the current problems with air travel.

Why are so many flights being cancelled or delayed?

The principal cause of the disruptions has been a shortage of qualified personnel at airports to handle the recent surge in passenger traffic.

Airlines have been taking advantage of recent demand for air travel by returning aircraft and flight schedules to close to 80 per cent of pre-pandemic levels, with the resulting volume of flights putting significant stress on the capability of the supporting infrastructure — airports, air traffic control and labour conditions.

Are the problems only happening in certain airports or is this a worldwide issue?

The congestion phenomenon in the summer 2022 travel season is rapidly spreading across a number of European and North American airports. The reason behind this concentration of congestion is quite simple: these are the air travel markets that have experienced the highest volumes of air travellers in recent months.

The rapid elimination of COVID-19 protocols in these markets since March have generated a significant increase in the demand for air travel, with volumes of passengers that haven’t been seen in more than two years. This increase in volume has been highly evidenced in major airline hub airports such as Amsterdam, London, New York and Toronto, where tens of thousands of passengers are processed every day.

Are all the problems related to the pandemic?

When the global air travel market collapsed in March 2020 with the introduction of travel restrictions and border closures, the commercial aviation industry took steps to conserve cash and maintain a minimal workforce.

Hundreds of thousands of aviation workers were laid off or terminated, with years of experience and technical expertise removed from the ranks of the commercial aviation communities.

With the assistance of governments throughout the world, over US$200 billion of financial support was provided by governments to help the commercial aviation industry maintain minimal service and prevent financial collapse.

When demand for air travel returned this March, the hiring frenzy began, but in a very different labour environment. The people who left in 2020 had, for the most part, moved on to other career opportunities and no longer had much interest in returning to an industry characterized by lower compensation and a higher employment risk. So the staff shortages have their genesis in the pandemic, and will continue to impact employment levels as travel returns.

How many more people are travelling these days compared to a year ago – and compared to pre-pandemic levels?

The air travel market that has demonstrated the highest rebound has been domestic North America — travel for April 2022 has increased more than 280 per cent compared to April 2021 traffic levels, but remains at slightly more than 30 per cent lower than April 2019 levels.

In the Chinese domestic market, continuing pandemic-related travel restrictions and occasional city lockdowns have resulted in traffic levels down by close to 80 per cent in April 2022, compared to April 2021 and 2019.

What can be done to prevent delays?

There are a number of perspectives that can be applied to a resolution of the current level of delays.

European authorities have announced specific reductions in flights, while the U.S. government is threatening to impose flight reductions as a means of minimizing flight cancellations.

The Canadian government has facilitated a meeting with the major aviation organizations in Canada to discuss a concerted and effective resolution and Air Canada announced measures it was intending to implement to ease congestion at both Toronto Pearson and Montreal Trudeau airports.

Canadian government officials have also announced plans to hire close to 2,000 additional border security and screening personnel to deal with specific congestion issues. Labour groups are not certain that the problems of congestion will be addressed by such actions.

The main issue is the volume of air travellers that are being drawn into the airport environment by the volume of flights operated by the airlines. Airlines have decided to grow their capacity to meet surging air travel demand, but the airport infrastructure is not equipped to handle such volumes.

While such enthusiasm by the airline industry is laudable in times where adequate and experienced staff are available at airports, that is not the case now — and will not be the case for the foreseeable future.

How long will this last?

The summer travel season is in full flight in the northern hemisphere. Additional airline capacity and greater demand for air service by a travel-starved population will continue through at least September.

Unless actions being contemplated by American, European and Canadian carriers results in a reduction of peak loading of aircraft movements across major airline hubs, in North America and Western Europe primarily, the congestion and delays will continue – and possibly worsen.

Other issues that may reduce demand include higher airfares due to inflation and higher oil prices, which may impact the survival of some airlines.

What advice would you give to air travellers over the next few months?

Airport authorities have been providing guidance to travellers on how best to prepare themselves for summer travel, including tips on how to avoid delays at security checks.

In this coming summer of disruption, I would recommend travellers embark on their air journey with patience, ensure they are well-rested prior to departing for the airport and remember that airline staff are also experiencing stressful moments during their day.

A smile, a thank you and, above all, a caring attitude for fellow travellers and staff is called for. The air travel experience will get better!