Culinary Cape Breton: A Tour of the Island’s Top Meals and Eateries, Plus a Recipe to Try at Home 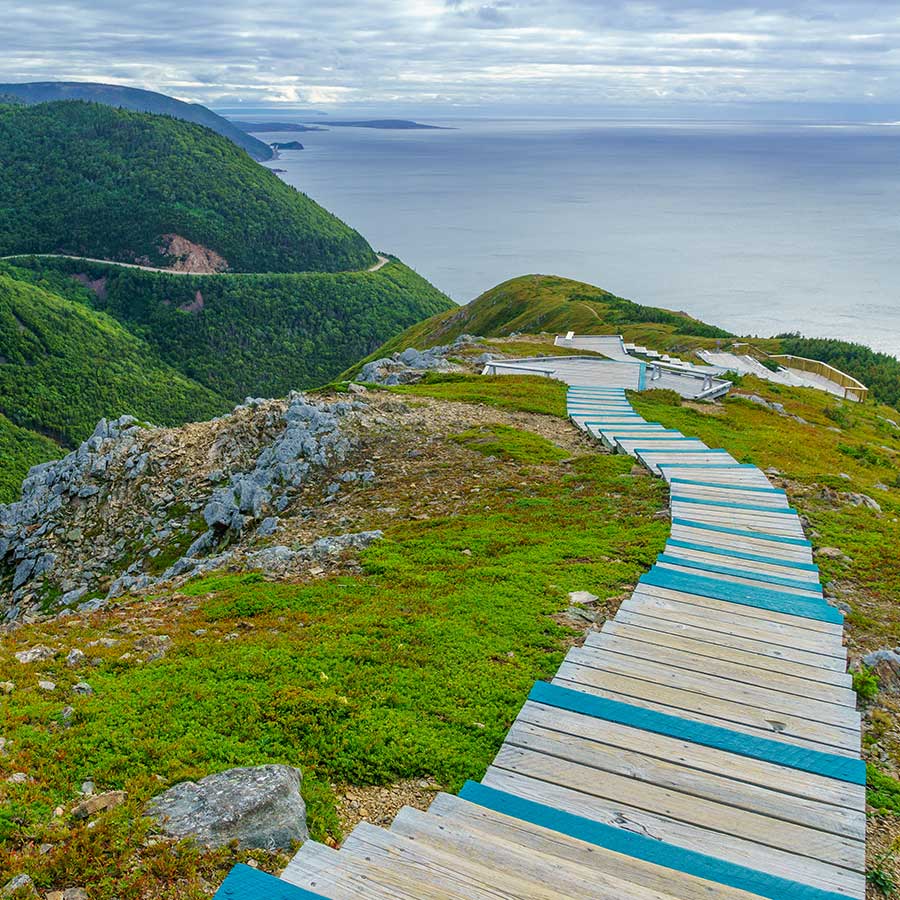 People who visit Cape Breton typically come back full of tales of fresh lobster, snow crab, mussels and oysters, but let me make the case for comfort foods like a deceptively humble breakfast sandwich that stars bologna.

The Cape Breton Bologna Biscuit from Selkie’s Neighbourhood Diner in downtown Sydney is a real find. A thick slab of bologna is pan-fried and nestled in a homemade cheddar biscuit, topped with melting processed cheese and served with a mega pack of Heinz ketchup that you can apply as generously as you wish.

“It’s not the classiest dish,” concedes Selkie’s co-owner Cory Blundon, “but it’s pure nostalgia for $6.” He grew up on the island as a latchkey kid and bologna was the only thing his brother could cook for him. I grew up in Toronto when a cold, thin bologna slice on white bread with a smear of ketchup was a popular school lunch and so it’s a taste I also remember.

When Blundon and his wife, Kara Lackie — Selkie’s co-owner and pastry chef — were forced to rethink their menu during the pandemic as their office worker lunch crowd morphed into a grab-and-go crowd, a breakfast sandwich starring bologna instead of the usual eggs seemed like something fun to try. It was an instant hit and is now a menu staple.

“Besides,” says Blundon, “people kinda get weird and classist and don’t want to have bologna on their menus so you don’t really see it anywhere.” In case you doubt the kitchen chops of these two, who also own the seasonal Mermaid Food Truck, they have both cooked at Newfoundland’s Fogo Island Inn.

The wood-smoked bologna (pronounced baloney for the uninitiated) is sourced in large “chubs” from Chris Brothers in Halifax so it can be thickly sliced. Lackie’s cheddar biscuit is a hybrid tea biscuit and southern-style biscuit. Cape Bretoners, they point out, are “nuts for ketchup,” hence the mega pack.

Selkie’s also serves a donair grilled cheese, inspired by the Halifax-style donairs that come drizzled with a sweet sauce made by combining condensed milk, vinegar and garlic powder. “Everyone on the island has something involving donair — usually donair on burgers or donair poutine,” points out Blundon.

Something you can’t miss in Cape Breton is an oatcake, a deliberately dry and usually square rolled oat biscuit/cookie. “To be honest, square is the best use of the dough,” explains Lackie. “You don’t waste as much and you don’t have to have a cutter.” Selkie’s oatcakes sell out so fast, I don’t get to try them, but I do score some at the Sugar Shack stall in the food hall at the vibrant, year-round Cape Breton Farmers’ Market.

I also stockpile oatcakes — which go best with heavily steeped, sweet, milky tea — from the Aucoin Bakery in the Acadian fishing village of Chéticamp on the west coast where I stay for adventures in Cape Breton Highlands National Park.

If you travel to Cape Breton in the cooler months, like I did, or with a shellfish allergy, like I have, you will be grateful for every delicious thing you can find because so many restaurants are seasonal and so many menus revolve around seafood. Luckily, I can eat fish, and chowder is on many menus. The Dancing Goat Café and Bakery along the Cabot Trail in Margaree makes a popular corn and bacon chowder, and sometimes one with haddock, but my visit coincides with breakfast and involves another stellar breakfast biscuit, this time with sausages and eggs.

Back in the port city of Sydney — population 30,000 — things are becoming a little more diverse thanks to an influx of international students. The Lebanese Flower is a local hot spot for shawarma, fatayer and falafels. Doktor Luke’s, “a respectable coffee house” shares space in the Prince Street Market with the vegan JJ’s Plant Based Eats. On the waterfront behind the World’s Largest Fiddle, you’ll find the Flavor on the Water restaurant and a two-storey replica lighthouse inside the Joan Harriss Cruise Pavilion.

I graze as I drive around the island to experience the national park, Fortress of Louisbourg National Site and Atlantic Canada’s first gondola at Destination Cape Smokey in Ingonish Beach, but my week ends with a proper meal at Kiju’s Restaurant in Membertou.

Geographically, Membertou feels like a Sydney neighbourhood but it’s actually an urban and progressive Mi’kmaq community, which has about 1,700 members who live both on and off the reserve. I explore Membertou Heritage Park and stay at the Hampton Inn by Hilton, which is attached to the Membertou Trade & Convention Centre. Kiju’s — which means mother — is on the second floor of the convention centre.

There is a tempting Cape Breton-style brunch dish of fish cakes, eggs, baked beans and homemade green tomato chow, but I’m intrigued by the “luskinikn wedge” — a Mi’kmaq quick bread served with whipped butter and molasses as an afternoon snack. When I return for the three-course Mi’kmaq-inspired dinner, I get Four Cent Skillet Bread (made with the luskinikn dough but baked in an individual skillet), cedar-planked salmon and wild blueberry cake.

“The food scene is growing in a positive way in Cape Breton,” says Kiju’s executive chef Shaun Zwarun, who regales me with stories of all the ingredients that he can now source locally. “People are much more open to new foods than when I started 20 years ago. It was really lacklustre. Now it’s definitely going in the right direction.”

Makes about 6 to 8 servings.

At Kiju’s Restaurant, this traditional Mi’kmaq quick bread comes with whipped butter and molasses. Known as “luski,” it’s a staple at Membertou community celebrations. There are many variations of this forgiving recipe, which can be topped with butter and molasses or jam.

In a large bowl, whisk flour, baking powder and salt. Add water and margarine or butter. Stir with a wooden spoon to form a soft dough ball, adjusting flour or water if needed.

Transfer dough to a buttered or greased 8-inch square baking dish. Alternately, turn dough onto a parchment-lined baking sheet and pat into an oval or round that’s about 2 inches thick. Score the top as desired with a floured knife to make it easier to tear apart after baking.

Bake in a preheated 350 F (180 C) oven until the top is lightly golden and a skewer inserted into the thickest part of the loaf comes out clean, about 45 minutes. Let cool for 15 minutes in the pan before serving warm.