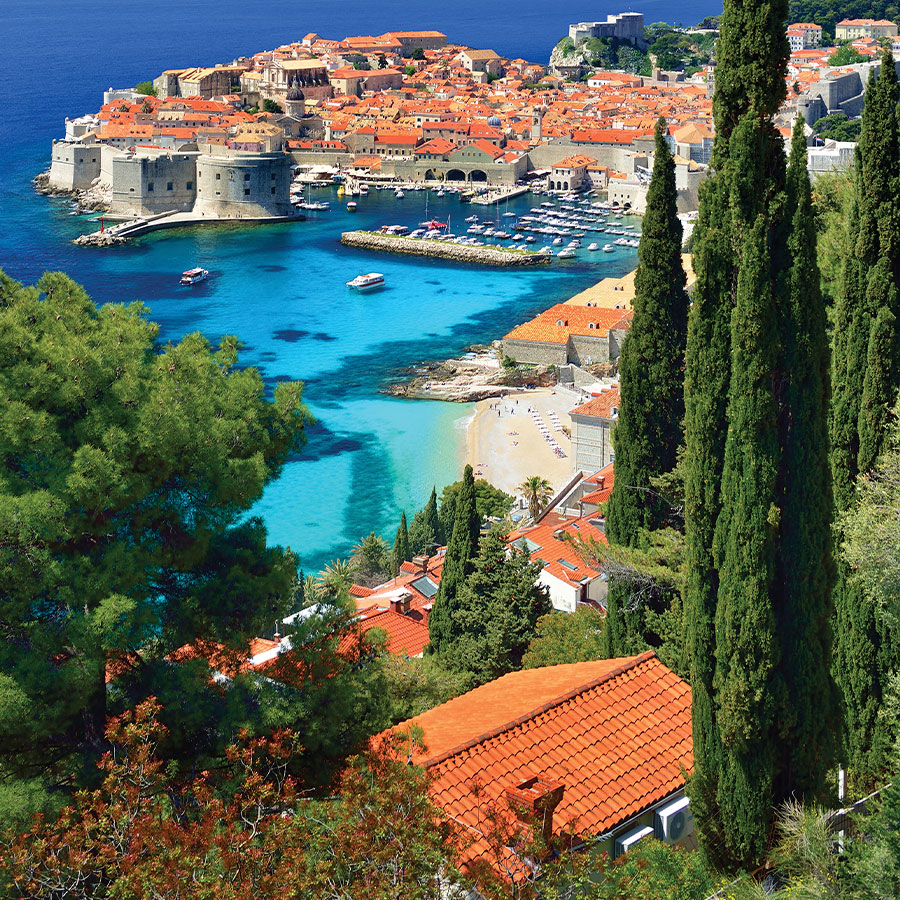 Dubrovnik, a port of call in Croatia for Emerald Cruises’ Azzurra, on the Adriatic. Photo: Vladimir Zakharov/Getty Images

From celebrity-approved destinations at home and away to new ways to cruise or stay active on your getaway, check out some inspiring ideas for your next trip.

Celebs of a certain vintage have long been the faces for fashion and beauty brands and now they’re selling the glamour of globetrotting as well. Boldface names include Morgan Freeman, 84, for Turkish Airlines; Giorgio Armani, 87, Italy’s ambassador for tourism; and Robert DeNiro, 78, teaming up with tennis legend Roger Federer, 40, for the Swiss Tourist Board.

Susan Sarandon, 75, is now a brand ambassador for Fairmont Hotels & Resorts. The Oscar-winning actor also helped develop the brand’s latest campaign. Based on the feeling travel experiences bring, it acknowledges the visionaries who created Canada’s first grand railroad hotels in the 1880s.

“It started in Canada,” said Sarandon, at the launch at The Plaza in New York in late 2021, “when the American railroad baron Sir William Cornelius Van Horne had the dream of bringing tourists to what were some of the most remote and pristine parts of the Canadian landscape.”

Those first hotels, built by Canadian Pacific Railway (CPR), acted as a social network between key cities and the wilds. In 1999, CPR acquired Fairmont and merged its properties under the Fairmont banner. It’s since been flipped — now one of Accor’s 50+ brands, along with Raffles, it ups the hospitality giant’s luxury game. For Sarandon, that landscape still represents untouched nature and a connection between historic and modern. The Empress in Victoria and Alberta’s Banff Springs are among her favourites. In a world that’s finally opening up again, she expressed what’s at the heart of travel: “That feeling of exploration is something that brings us together as a global society.” fairmont.com

Emerald Cruises has launched the Emerald Azzurra, its first superyacht. Super, because, at 110 metres in length, it dwarfs typical yachts (which usually clock in at about 12 metres). It won’t be crossing the Atlantic, but Azzurra’s custom design allows it to smoothly navigate open waters such as the Mediterranean, and also dock at smaller ports that large ocean liners can’t reach. The ship features a marine platform with direct access to the sea for swimming, snorkelling and kayaking. And, with only 50 cabins, most with balconies, Azzurra is akin to a floating boutique hotel.

Its inaugural spring/summer season launches with sailings in the warmer waters of the Med, the Adriatic and the Red Sea via the Suez Canal. A sister ship, Sakara, will join the Emerald fleet in 2023. emeraldcruises.ca

Antigua, the largest of the Lesser Antilles in the Caribbean, is renowned for its annual Sailing Week yachting regatta, but two of the island’s resorts are now catering to active fans on dry land. Guests at Hammock Cove, on Antigua’s northeast coast, and St. James’s Club, in the southeast, can play pickleball on new courts. One of the fastest-growing sports for the 55-plus set in North America, the ’60s backyard favourite uses a badminton-sized tennis-like court, with a net, a perforated plastic ball and rackets that look like oversized ping-pong paddles.

Hollywood is in on the revival: Leonardo DiCaprio and Jamie Foxx regularly play, while George and Amal Clooney have a purpose-built court at their L.A. home. visitantiguabarbuda.com

A version this article appeared in the April/May 2022 issue with the headline ‘Go Where You Want to Go’, p. 24.