Go Where You Want to Go: Inspiring Ideas for the Globetrotter 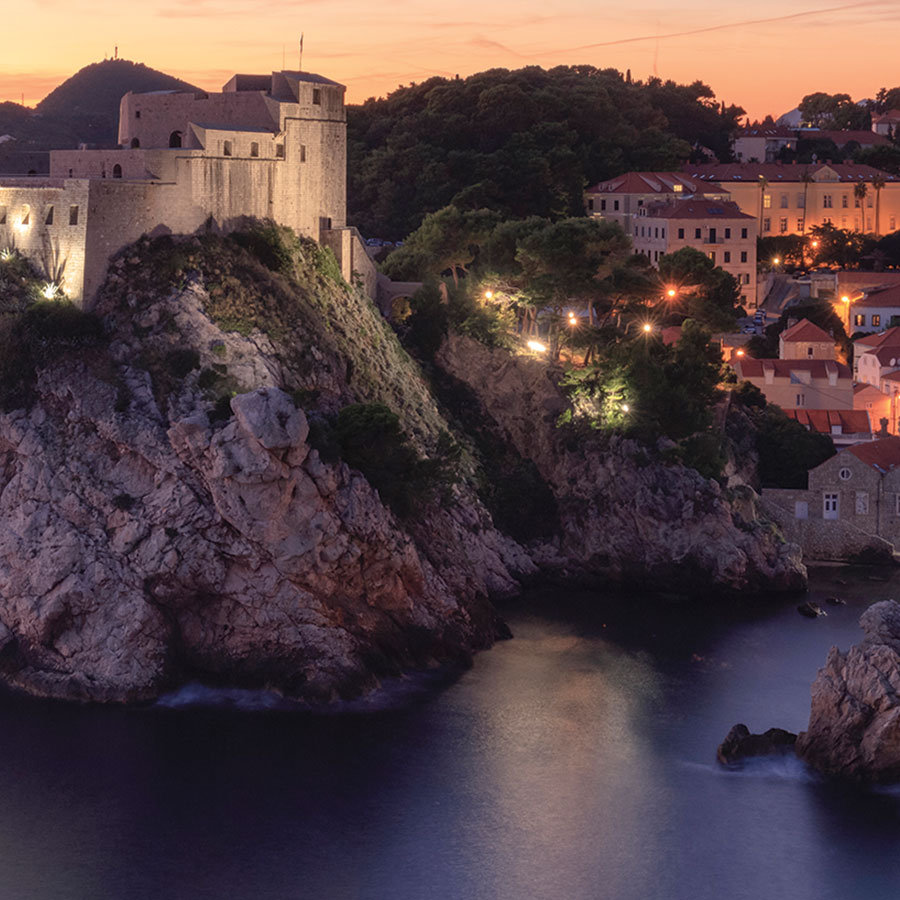 From Texas and the Carolinas to Croatia’s Dalmatian Coast, we round up the destinations on our radar this year.

Everything is bigger in Texas (the higher the hair, and all that). Yet Marfa, in the western part of the state, is a hidden gem that’s been a draw for the creative set for decades, including the late New York City-based modern artist Donald Judd. La Mansana de Chinati, his residence and studio, with galleries and architectural projects, is open to the public through his Judd Foundation. Others have followed suit: Prada Marfa, the by-the-roadway permanent sculpture, is an installation that popped up in 2005 along Route 90 about 40 kilometres outside town.

Although not commissioned by Miuccia Prada, the fashion designer provided luxury goods from her Fall/Winter 2005 collection as props to the artists Elmgreen + Dragset. Marfa was also immortalized on film: It was here, in 1956, that Rock Hudson, Elizabeth Taylor and a newly minted rebel, James Dean, filmed Giant. Check out the town’s Hotel Paisano, where the cast lived while on set, and take in its collection of memorabilia related to the film. visitmarfa.com

Explore the rocky shores and historic towns of Croatia’s Dalmatian Coast aboard the Azzurra, Emerald Cruises’ 100-passenger superyacht. At 110 metres (360 feet) long, it’s sturdy enough to take the open waters of the Adriatic, but sleek enough to sidle up to almost every port. Highlights include the Sky Bar, the Observation Lounge and the Aqua deck, with sea-facing sunbeds and Missoni striped towels.

Dalmatia is rich with Italian influences: From coastal Dubrovnik to the island of Krk, architecture is Romanesque, Renaissance, and Baroque while the rooftops covered with red clay tiles lend the area a Venetian vibe. Split, the capital, is home to Roman Emperor Diocletian’s palace, built in the early 4th century. Used as a set in 2014 for Game of Thrones, it’s where, in the lower reaches of the palace, Daenerys kept her dragons before the march to Westeros. It’s not the fiery breath of the beasts that fills the air now, but song. A half-dozen men, dressed in white shirts with red sashes around their waists, harmonize a cappella before small audiences. Known as Klapa music, this singing tradition captures the romance of Dalmatia. Next year, Sakara joins Azzurra. Both will also sail the Caribbean in late 2023. emeraldcruises.ca

Many of us get a nostalgic warm and fuzzy feeling when we think of Myrtle Beach, S.C. — March break, the parents loading up the station wagon (wood-panelled, naturally) and heading down to the beach. It’s also a draw for golfers (90 courses, plus those of the mini-putt variety), and those who want the drive, but may not have the time to drive farther south. The newly launched Arts & Gallery Trail, in collaboration with the Franklin G. Burroughs-Simeon B. Chapin Art Museum and The Arts Grand Strand, offers art lovers more than 100 studios, murals, sculptures and gardens. And, with 95 kilometres of beaches, and special programs and discounts for Canadians known as Can-Am days during winter, why not? visitmyrtlebeach.com

But don’t stop there. On the drive back, take a Nights in Rodanthe-inspired detour via the Outer Banks Scenic Byway up the coast of North Carolina, where the 2008 Richard Gere-Diane Lane romance was filmed. At just over 220 kilometres, the 5 1/2-hour trip along stretches of beaches of the state’s barrier islands, through wildlife nature reserves and up-close views of the Atlantic, also includes two ferry rides. Besides, studies show that we’re much happier when we’re close to water, so the journey may help soothe your post-holiday blues. visitnc.com

A version of this article appeared in the Dec/Jan issue.

Embarking: What You Need to Know When Travelling With Your Pet

Travel Misadventures: What to Do (and Not Do) to Avoid Them

Tea-Time Travels: A Magical Multigen Adventure Across the Pond (and a Few in Canada, Too)