A Taste of Hawaii: Delicious Eats and Must-See Sites in Oahu 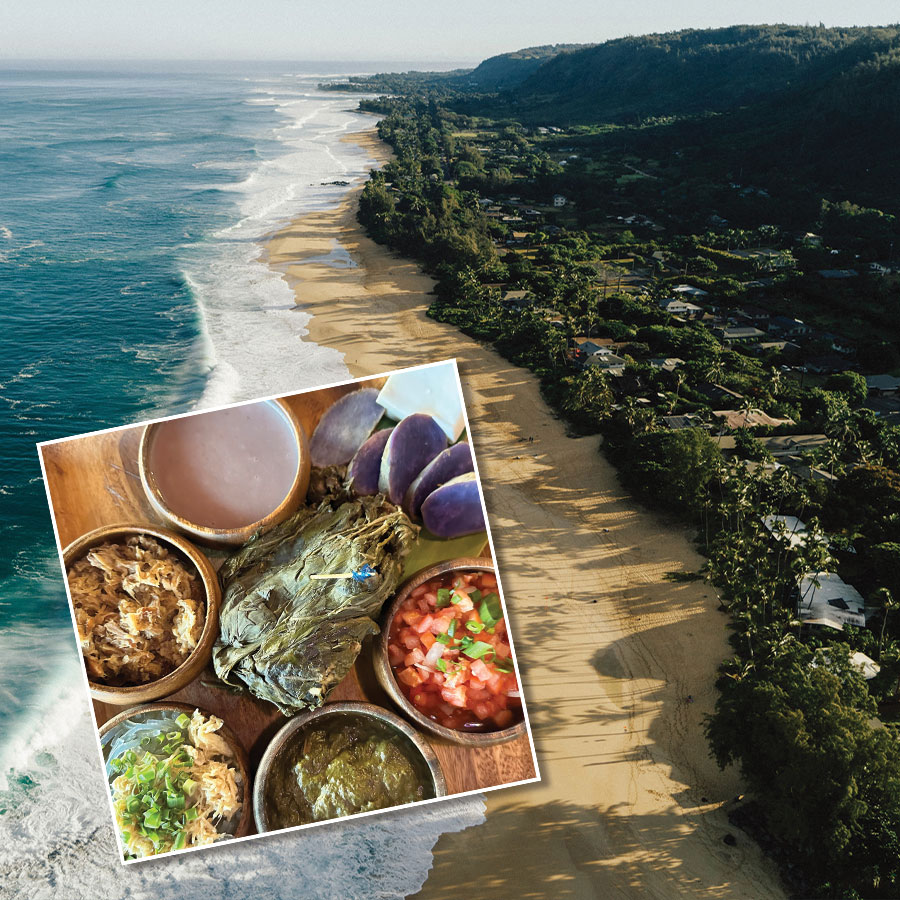 Iron Chef and restaurateur Masaharu Morimoto came to Hawaii for his honeymoon in 1971 and fell in love.

“It was the two of us in Waikiki. It was my first long trip. Hawaii is very special to me,” Morimoto said in November at a Hawaii Food & Wine Festival event at Alohilani Resort.

The hotel is home to his two Oahu restaurants, Morimoto Asia and Momosan Ramen & Sake.

Morimoto said he kept coming back to Hawaii. And he’s not alone in his feelings about the Aloha state.

Canada is the second largest international market for the Hawaiian Islands and Oahu tops the list for many sun seekers. If you’re heading to the South Pacific paradise this year, here are some things I experienced on a recent trip.

Former Miss Hawaii 1973, Kanoelehua “Kanoe” Miller has been performing weekly hula shows since 1977 on the oceanfront stage at the House Without a Key open-air restaurant at the Halekulani Hotel.

It doesn’t matter if you don’t know the meaning of Miller’s graceful movements in the storytelling dances. With her warm smile, she makes the elements of the tale clear. A Native Hawaiian, Miller says the traditional dances allow her to show visitors “a piece of who we are.” Diamond Head makes for a stunning backdrop at the sunset performance as musicians sing and play traditional songs, creating an ideal atmosphere to experience this key element of Hawaiian culture.

Dubbed “Hollywood’s backlot” for its role in hundreds of movies and TV shows, the Jurassic Adventure Tour at Kualoa Ranch takes visitors into the green mountains and lush valleys of the 4,000-acre private nature reserve and cattle ranch.

The ranch is about a 40-minute drive from Honolulu and is a good way to spend an off-beach half day.

Even if you aren’t a movie fan, it’s well worth visiting for the breathtaking vistas in the Kaʻaʻawa Valley. Bus and ATV tours drive past movie set pieces like dinosaur and King Kong “bones” and Godzilla’s massive footprints. Our tour guide brought along a toy version of velociraptor star Blue from Jurassic World and helped us film goofy videos that made it look like the rampaging dino was hot on our heels.

This Saturday market a short drive from Waikiki has dozens of local vendors. Pick up an icy cup of fresh-pressed sugarcane juice at Sugah Daddeh’s and cruise the stalls for crafts, clothing and good things to eat, including locally grown fruit. I picked up some macadamia-pistachio nut butter flavoured with cinnamon and local honey from Hawaiian Macnut Butter. The airline-friendly 3.4-ounce jars were perfect for my carry-on.

Hawaii was ruled by royalty until the monarchy was overthrown in 1893 and a tour of the only palace on U.S. soil in Honolulu is an interesting look at Hawaii’s past. Built in 1882 by King Kalakaua as his palace and royal residence, it was also home to his sister and successor, Queen Liliuokalani.

The new Fashion Fit for Royalty exhibit includes replicas of striking feather-covered gowns and uniforms that followed the fashionable styles of the Victorian age. Don’t miss seeing the butterfly brooch made of diamonds that Liliuokalani often wore as a hair ornament. She purchased it when she was in London for Queen Victoria’s Golden Jubilee in 1887. It has a hidden hinge that makes the wings gently open and close as she walked.

Honolulu is expensive, especially when you add the U.S. exchange. There are a number of wallet-friendly ABC convenience outlets in Waikiki that stay open late. The popular local stores are a combo mini-mart, drug store and everything else you didn’t know you needed, from inexpensive swim fins and T-shirts to gift boxes of macadamia nuts to take home as gifts.

What to Eat in Honolulu

Shave (not shaved) ice topped with colourful natural syrups is like eating a refreshing mound of snow. Have it with a scoop of macadamia nut ice cream.

Pineapple: Hawaiian pineapple is juicy, sweet and nothing like the fruit at your local grocery store back home. That’s especially true of the pricey meli kalima (honey cream) variety. Start the day with a POG juice — pineapple-orange-guava — at breakfast.

Spam anything. A holdover from the Second World War when the canned meat arrived with U.S. G.I.s, there’s Spam everything on Oahu, including Spam musubi (grilled Spam on a block of rice wrapped with a piece of nori) and Spam, rice and eggs for breakfast. At Four Seasons Resort Oahu at Ko Olina, the “If Can, Can” rum cocktail is served in an empty Spam can, with an umbrella, of course.

Thanks to Hawaii’s melting-pot history, Waikiki has every kind of cuisine. But for a truly authentic and delicious meal (ono kine grindz, as the locals say), don’t miss the Highway Inn in Kakaako. The family business, founded in 1947, has grown to three locations. I had a tasting platter, which has a bit of everything: chicken or pork lau lau (meat steamed with salted butterfish in taro leaves), poi (fermented cooked and mashed taro), squid luau (stewed squid, shredded taro leaves and coconut milk) and lomi salmon (a side salad of salmon, tomatoes and onions). Have a local beer and watch surfing on the TV over the bar. Highway Inn, 680 Ala Moana Boulevard #105, Honolulu

This luxury oceanfront resort property is on Oahu’s quiet and rugged west coast. The FSWayfinders program has a variety of Hawaiian cultural workshops. Indulge in a private massage in a beach-facing hut at the Naupaka Spa & Wellness Centre.

Across the road from famed Waikiki Beach, this boutique hotel is centrally located and has a rooftop infinity pool.

Travel Misadventures: What to Do (and Not Do) to Avoid Them