The Yukon: A Wonderland With Endless Possibilities 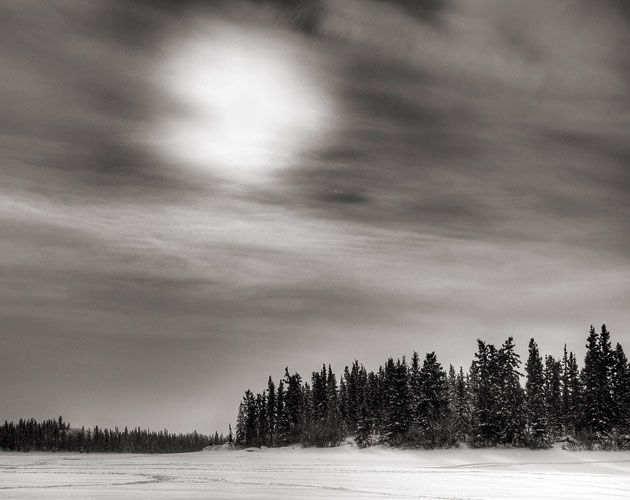 The Yukon isn’t always for city folk. But once you bundle up and explore, you’ll come to love the natural tourist attractions the land has to offer.

Whitehorse is not a town you’d want to travel to. It’s like a tiny Dubai of the north: there’s more stuff than anywhere else in the neighbourhood but not enough to warrant a trip in if you’re coming from any farther afield than, say, The Nisga’a Nation.

But the Yukon is not about cities. It’s about everything else. Luckily, everything else starts pretty close to the outskirts of this city that started life as a pit stop on the way to Dawson City.

Depending on how Into the Wild you’re feeling, the options are as endless as the skies up here. Hiking, hunting and fishing are all feasible, or you could take a three-day cruise up the Yukon River from Minto to Dawson.

But you may want to start with Lake Laberge. It’s where Robert Service had Sam McGee cremated, and it’s where the McDougalls have set up their Fox Bay Retreat. It’s only about 60 kilometres north of Whitehorse, and with wood stove-heated cabins and no food or drink but what you bring (or catch) yourself, at the end of an eight-kilometre service road only navigable by 4x4s or all-wheel drives in the winter, it’s a good introduction to the particular charms of the Yukon. Though it’s open most of the year, you really should go in winter. It’s when the Yukon is at its Yukoniest.

The retreat itself is carved out of a copse of white spruce and trembling aspen, a name I thought was mostly a reference to the way its leaves trembled in the breeze, which is lovely enough. But take a midnight snowmobile ride through them, as you can here, and you’ll see the branches of these slight trees, studded with ice crystals all a-glisten in the bright moonlight, trembling as you glide past them, using all your willpower not to break one off to take home as a sceptre. Look up, if you can, through the frosted canopy, and you may see the northern lights. Or maybe not. They’re lovely, but tourist hunts for them can be like trying to spot a bear from a train or a whale on a boat ride; they’re a treat whose promise can distract you from the profounder beauty of the place and this particular moment you’re in.

It’s not frigid out – even in November when I’m here, it rarely gets below -10. But it is chilly, so bundling back into the cabin at one or so, putting a couple of logs on the fire and feeling the warmth pulse outwards throughout the pretty spacious cabin (mine was called Northern Lights, had a loft and cost $140 a night after a $400 two-night minimum) can be very good, especially if you’ve brought someone to bundle with. The sauna, a few steps away on the marge of the lake, surrounded by snowdrifts you can leap into between steams, well, that’s not bad either.

Earlyish in the morning, about 8, you can pad out to the lake, just as the sun’s starting, with some borrowed ice-fishing gear you can arrange with the McDougalls. The snow’s blown off the surface of the lake this morning and, from a distance, it’s trout-back grey. But when you get right up to it and stand on it, you see it’s clear and perfectly smooth. I’d seen videos but never the real thing. It is, I’m told, not an uncommon occurrence up here in this still place. I flatten, chin on crossed gloved hands, and watch. Plants sway, little fish darting among them. I’m not a diver, so to me, laying out on this invisible, seemingly two-dimensional plane seems like flying or at least hovering. By the time I manage to pull myself away, the front of my thighs are gelid, and the image of this perfect solid lake is frozen in my memory.

A version of this article appeared in the Summer 2017 issue with the headline, “Yukon Jacked,” p. 70.