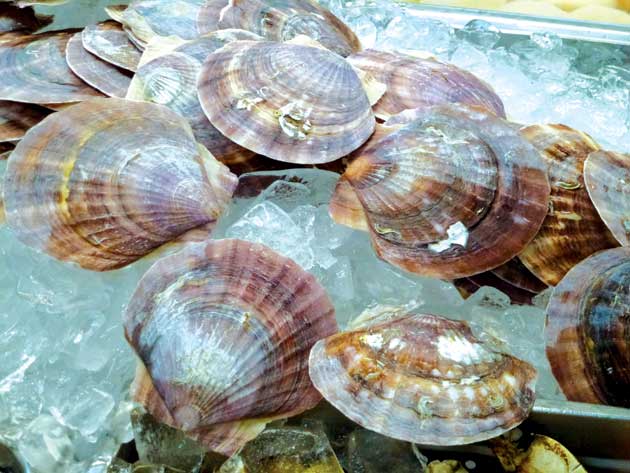 On the western end of the Florida Panhandle lies Pensacola, with its beaches and barrier islands, close to the Alabama border and less than a four-hour drive from New Orleans. And while that might be enough to attract most snowbirds, it’s also a foodie’s paradise.

Visitors, normally drawn by kilometres of sugar-bright quartz-crystal beaches, stayed away after the disastrous Deepwater Horizon drilling rig explosion and oil spill in the Gulf in 2010 but were back in droves by 2011. From my balcony at the Eden Condominium on Perdido Key, a 32-kilometre-long barrier island southwest of Pensacola, the beach looks pristine. Seafood harvesting from many places in the Gulf of Mexico was halted for a time after the oil spill, but after much testing, federal state and local governments agree that Florida’s seafood remains safe to eat.

Golf and balmy weather are wonderful, but I’m really here for the seafood. Shortly after arriving in Pensacola, I order Grits à Ya Ya at The Fish House. The  stone-ground grits have a satisfying, dense texture. Cream, butter and a locally sourced smoked Gouda cheese add great flavour, if inevitably, calories. Topped with a sauce that includes jumbo shrimp, they go nicely with Pensacola Bay Brewery’s Riptide Amber beer (only US$2 on Girl’s Night Out). As for the Pensacola Bay Brewery, it’s located in a historic building where you can taste the brews, so when I stop in the next day, I buy a souvenir glass and then order it filled, of course, with Li’l Napoleon IPA, another of the brewery’s nine flavourful brews.

Just under the bridge to Perdido Key (glad we had reservations), we sidle past hopefuls waiting for a table at the deceptively rustic-looking Fisherman’s Corner Seafood Pub. Inside, it’s all fresh linen and piano-player ambience enlivened by the chatter of diners. Fried green tomatoes with ‘ buffalo mozzarella and a shrimp Andouille sauce are firm and toothsome. Here, the shrimp and grits feature shrimp with a crayfish sauce topped with a crispy panko-crusted ball of coarsely ground grits. Imaginative – and filling. The seafood here couldn’t be tastier – and no wonder. Right next door is Perdido Bay Seafood, purveyors of the freshest of the Gulf’s bounty.

Luckily, hiking trails at Big Lagoon State Park, across the water from Perdido Key, offer a chance to burn off calories. It’s a park for birders and fishers (some with feathers, such as the blue heron we spy perched in a dead tree near the 40-foot observation tower, watching for potential lunch swimming in the shallows below).

Saturday night, we drop by Perdido Key’s legendary Flora-Bama, located next to the Alabama border. Called America’s last great roadhouse, it’s famous for its Mullet Toss charity event, where contestants throw a fish as far as possible across the state line. This evening, however, there’s not a fish tosser in sight. It’s the second night of the 10-day 27th Annual Frank Brown International Songwriters’ Festival and “the Bama’s” ramshackle bars are packed. As we leave, I suspect there will be a few hangovers at the weekly Worship @ the Water service the Perdido Bay United Methodist Church will be holding there in the morning. A moderate indulgence of fresh seafood, fine spirits and otherwise? I say, amen to that.

Winter is actually its low season, with average high temperatures bouncing around the 20 C mark from December to April – not as warm as Miami but still very mild by Canadian standards. Golfers, many of them retirees, are still out on the 16 golf courses in the area, including the 18-hole Lost Key Golf Club, which has been certified as an Audubon International Silver Signature Sanctuary. A week’s condo rent in high season in other better-known hot spots can buy a snowbird a whole month’s stay here during those same winter months. —JM