Chicago Is Our Kind of Town 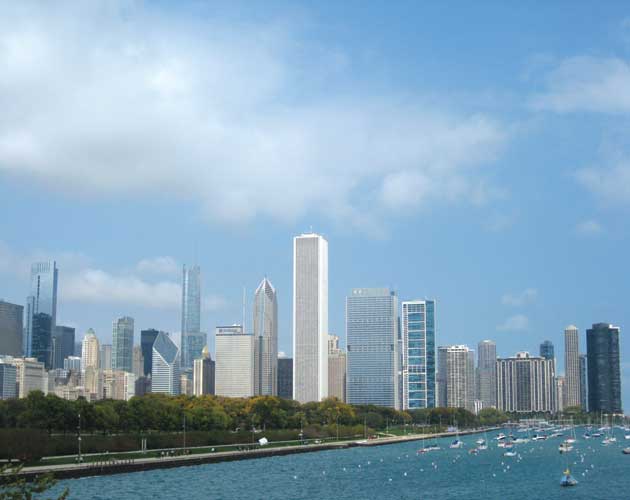 Vivian Vassos experiences 48 hours in the life of this city. You’ll see why it should be your kind of town, too.

3 p.m. Check in to The Peninsula. What, you say? A five-star hotel? Yes, absolutely. Chicago has some of the best hotels in the world and, after all, you’re only staying a couple of days, so why not splurge on the very best you can afford? The rooms are spacious, the service is spectacular and you’ll feel like a VIP from the moment you arrive. Don’t miss The Bar for after-five cocktails once you’ve settled in. Just about everyone is there, from business tycoons to hipsters of all (drinking) ages. www.peninsula.com/Chicago

9 p.m. Get the blues. No, really. In this case, the blues refers to Buddy Guy’s Legends, the hangout/bar/restaurant that’s home to yes, that Buddy Guy. The guitar hero of everyone from Eric Clapton to Jimi Hendrix, this 2012 Kennedy Center Honors recipient is credited with the genesis of Chicago’s West Side sound, a jazzier-influenced blues (think “Sweet Home Chicago”). In the early 20th century, an exodus of southerners to the north brought with them this American art form and, in Chicago, Guy has perfected it. www.buddyguy.com

10 a.m. Take a cruise among giants with Chicago’s First Lady. No, not Michelle Obama, but the so-named fleet of petite boats that
ply the waterways of the Chicago River. Along the way, knowledgeable docents will point out some of the world’s greatest skyscraping towers, as well as buildings from nearly every key architectural period over the past century and more. It’s a unique glimpse into this city’s historical
love affair with architecture preservation, and a testament to our continually evolving tastes. www.cruisechicago.com

1 p.m. Go deep dish. Sure, we’ve all heard of the famous pie, but you haven’t really had deep dish pizza until you’ve tried it in the Windy City. At Lou Malnati’s, we chowed down at the newest location in Chicago’s Gold Coast neighbourhood (not counting the suburbs, there are six in the city alone) – the pies may seem bottomless, but fortunately they keep it simple, with just four choices (there are also thin-crust options for carb counters). The Lou, named after Malnati himself, is a favourite, with its mix of spinach, mushrooms, cheese and Roma tomatoes. www.loumalnatis.com

7 p.m. Go back in time for dinner – the place not the food, that is. At The Bedford, in Chi-Town’s Wicker Park nabe, the supper-club influence is the vibe, and the interior design (the resto’s lounge area is in an old bank vault, complete with safety deposit boxes as wall decor) is true to the era without being stuffy. Chef Mark Steuer, a mid-Western native, plates classics like Grandma Ann’s Deviled Eggs, pairs chicken with bread pudding and tops a pork chop with a fried egg. And don’t fret if your table’s not ready. The bar is a great spot to meet and greet. www.bedfordchicago.com

11 a.m. Spend the day at the park. Not just any park, but Millennium Park, where you’ll find the Bean, the giant sculpture that looks like Elsa Peretti went oversized at Tiffany’s. Sublime in its organic nature, its true moniker is Cloud Gate, crafted by the artist Anish Kapoor. Public art is at its height here, and the Bean sits alongside the Jay Pritzker Pavilion – an outdoor amphitheatre by Frank Gehry – and the Crown Fountain, which, from its pair of 50-foot glass towers that flash photos of everyday Chicagoans, playfully “squirts” passersby with water flowing from the mouths of the virtual faces. www.millenniumpark.org; ChooseChicago.com