Car Culture: Life Is A Highway 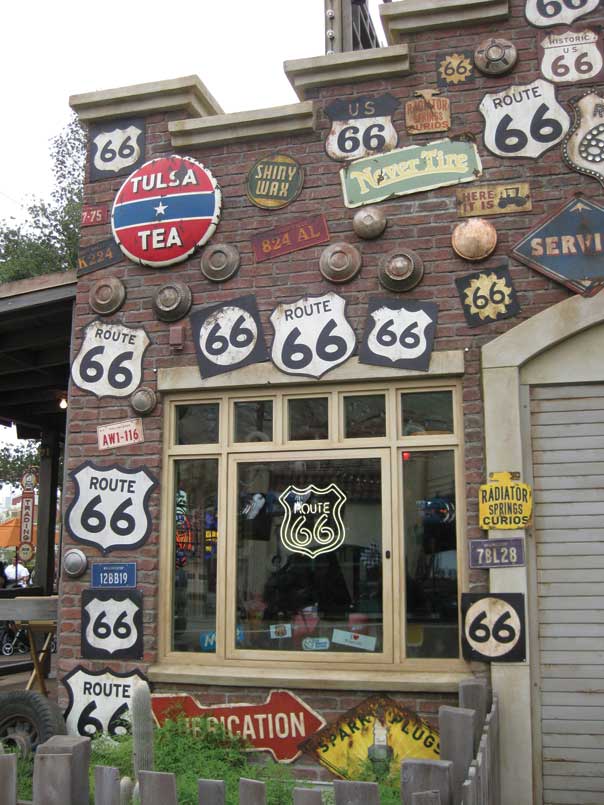 In Southern California, a history of car culture is infused with a little magic – to create a whole new appreciation of automobiles for the next generation.

Nearly everyone of our generation and beyond recognizes the lyrics “Get your kicks on Route 66.” You might even remember the Route 66 TV show that aired in the ’60s, where a pair of young guns set out on the “Mother Road” that ran from Chicago to Los Angeles in their Corvette. It was a time of road-tripping, a romance with great sports cars like the Chevy Corvette, Ford Mustang, Shelby Cobra; a time when Jack Kerouac’s novel On the Road, informed by the Beat Generation (a term credited to Kerouac), had already staked its place on the mainstream (yes, mainstream!) bestseller list a few years prior. Kerouac’s wanderers, Sal Paradise and Dean Moriarty, were no doubt the inspiration for Route 66’s Ivy Leaguer Tod and Hell’s Kitchen native Buz, and the fusion of getting behind the wheel and putting it into drive with that sense of freedom continues to inspire.

Steve McQueen and Paul Newman were racers, too, whose influence is still prevalent today (think Fast and Furious muscle cars, mid-life crisis rides, well, the list does go on). When John Lasseter, the head dreamer at Disney Pixar, began dreaming up Cars, his now Academy Award-winning film, he must have had these stellar lights in mind. His lead character, red-hot Lightning McQueen, may share the actor’s name but is not named for him. Lasseter christened the character after Pixar animator Glenn McQueen, who passed away before the film’s 2006 debut. And not to play favourites, Lasseter was vague in his vision of what kind of car Lightning McQueen really is. He looks to be a combination of Nascar-inspired racers, with hints of the Mazda Miata, Dodge Viper and, of course, the Corvette. (His gal Sally has no such identity crisis – she’s a Porsche.)

Lasseter, 56, is a born-and-bred car fan, spending hours as a kid at his dad’s office: a Chevrolet car dealership in California. His family spent time  exploring the storied Route 66, particularly that of the Southwestern United States, buttes, valleys and all. It stayed with him and, as an adult, did the same thing with his wife and kids and then used his position at Pixar to share the love – and raise awareness of the towns and businesses that suffered when the route fell out of fashion, replaced by the high-speed interstates of the modern world. Newman was Lasseter’s pick when casting the voice of Doc Hudson, a slightly bitter, washed-up race car in need of redemption – perhaps a reflection of the Mother Road’s fate – a role that would be Newman’s last (he passed away in 2008). That would leave a new generation of fans with the sound of his voice and the message that although you may be down and out – it’s never too late to give it your best shot.

Lasseter remained close to Newman until his death and, along with his formative years, considered the experience the fuel in the engine of the Cars franchise long after Newman was gone. Last summer, at the Disney California Adventure theme park next to Disneyland in Anaheim, the starting line also became the finish line for one of Lasseter’s nearest and dearest projects: Cars Land.

“Seeing [Cars Land’s] Radiator Springs come to life is a dream come true,” says Lasseter, now the chief creative officer at Pixar and Walt Disney Animation Studios. At the grand opening last year, Lasseter led the crowd like a pied piper, grinning from ear to ear. He certainly looked like he was getting his kicks.

“Our parks are not museums,” says Tom Fitzgerald, senior creative executive, of this new addition to California Adventure. “They need to stay relevant. Sometimes even the magic needs some refreshing.” Take, for example, the addition of an animatronic Jack Sparrow to the classic Pirates of the Caribbean ride, on which the film franchise is based. Jack is from the here and now, yet the DNA of the attraction is maintained.

But the DNA of the automobile goes deeper. When U.S. President Barack Obama approved funds to help buoy the auto industry back in ’09, the outlook was bleak. It is an industry that helped build a country, a uniquely US of A invention of affordability (thank you, Mr. Ford) that infused the country with its blue-collar might. Now, in 2013, Motor City is back in business – with a new optimism that American steel is once again taking it to the black top. But does the youth of today think of cars the way we once did – as a means of escape, a flight to freedom on the open road, a place to make out and find our thrills on Blueberry Hill?

To wit, more Disney magic was injected into Cars Land, with a romanticized version of the Mother Road (Lasseter asked imagineers to “get out and travel Route 66”). It touches on the spirit of the late ’50s and early ’60s, which still have a hold on pop culture and thinking (even Kerouac’s On the Road was made into a film this year).

It was, in fact, 1952 when Walt decided that he wanted a place where families could go, and all have fun – a place rooted in a story – and the idea of Disneyland was born. And the magic continues: the story of Cars certainly sparked an interest in car culture in my four-year-old nephew, who couldn’t get enough of the Radiator Spring Racers ride, the neon signs of Flo’s V-8 Café and a chance to meet Lightning McQueen himself.