Ahoy There! Life can be Good with Less 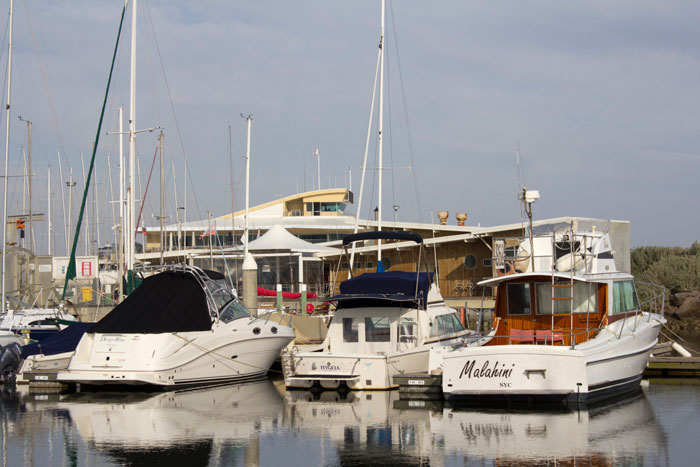 To: The young gentleman on the Seadoo who yelled that I was “a f—-ing loser with a shitty boat and a shitty life”

Re: A recap of our altercation, accompanied by additional remarks about privilege and the peril of equating a person’s status with the size and age of his boat

It was a glorious weekend afternoon on the water in Gloucester Pool, a 40-minute boat trip from the marina at Port Severn. It was the kind of high summer day we fantasize about in February, a bit of heaven on Earth, or more precisely, our privileged piece of planet Earth that is Canada.

The sheltered cove on the Trent Severn is a favorite spot to drop anchor, swim, float, sip refreshments, doze on the deck and while away a lazy afternoon as the wake from passing cruisers gently rocks a lazy soul into nirvana.

On a day like this, boats from nearby marinas congregate in the cove — on them are couples, families, friends, marina mates. Many are familiar to us from other weekends, other summers: the grey-haired woman who’s such a strong swimmer, the blonde woman in the bikini on the stand-up paddle board with her tiny poodle, the gay couple wrestling this afternoon with an impossibly enormous float that accommodates four.

And suddenly, like a vengeful strike from a malevolent deity, trouble in paradise: a party boat arrives blasting noise that passes for music turned up to full volume.

The Formula speedboat (cost: substantial six figures) carries a cargo of youth. A gaggle of young men in low slung swim trunks and backward baseball caps lounge on the back of the boat. A preen of nubile young ladies with long hair and minuscule patches of material on their lithe bodies decorate the bow. Red paper or plastic cups are in hand.

The booming, grating noise would be painful anywhere but it’s a particular insult on a serene afternoon when birdsong, loon calls and the gentle lapping of waves is nature’s sweet background music.

Veteran boaters know that you don’t impose your music on shared surroundings and that sounds are amplified over water.

We were closest to the Formula, so I shouted, “Could you please turn down the music!” The deafening music drowned out my plea. I tried a few more times. Then, at the top of my voice, I shouted, “Shut the music!”

Someone turned it way down, until it was barely audible. A man on another boat shouted, “Thank you!” A young man on the party boat yelled an apology. “Sorry, sorry.”

But then one of his pals yelled to me, “What’s your problem?”

“Look around,” I replied. “Nobody plays music here. It’s a quiet place.”

Peace and quiet broke out for a short time until a man who appeared to be the owner of the Formula arrived in a small Boston Whaler, concerned that the Formula wasn’t anchored properly and was drifting closer to our boat.

“Don’t worry, we’re leaving,” yelled someone on the Formula.

“You know, you’d get better results if you asked nicely,” the owner scolded us, idling close to our boat, while a young man in yellow trunks idled nearby on a Seadoo.

We ignored the etiquette lesson. It was repeated.

My partner finally said something in response about how it’s also not nice to blast loud music in the Pool. He is fluent in three languages but speaks English with an accent.

“Shit! She’s taking down our licence number!” yelled the yellow-trunked young gentleman on the Seadoo.

Panicked now, possibly about under-age drinking on the party boat, he turned on me.

“And you, too,” he added for good measure, to my partner.

Then they all left.

But I would like the young man to know that a person’s worth and state of life cannot be measured by the size, year and horsepower of his boat – or, indeed, by his income or bank account.

I want him to learn that a life of privilege provided by family wealth does not mean that a life with less is “shitty.”

And that privilege brings responsibility, not an entitlement to ugly behavior and demeaning insults to people with more modest material goods.

And I worry that if this young man is typical in any way, we are all in trouble.

But even this brattiness couldn’t spoil a perfect summer day.

They left. We stayed.

Later, we cruised back to the marina slip and sat on the dock beside our shitty boat that serves as our weekend cottage, watching the sunset and opening a bottle of chilled white wine to toast our shitty lives.