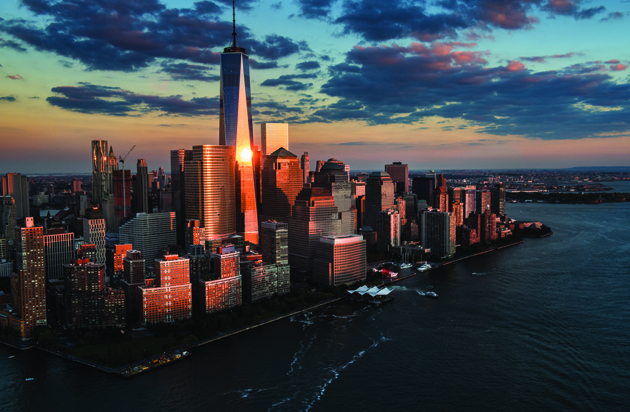 Sept. 11, 2016 marks the 15th anniversary of the devastating attacks on the US. But, in a testament to the American spirit, New York was down but not out. Here, how Manhattan transformed itself yet again.

The first time I visited New York City as an adult, in the late ’90s, I stayed in lower Manhattan, near Battery Park. And the World Trade Center. For me, those towers, from every vantage point, a symbol of human achievement, scraping the sky, indomitable and strong, also became a comforting beacon, a point on the landscape that helped me navigate the twists and turns of downtown NYC. I always knew where I was, just by looking up for them.

Sept. 11, 2016, marks the 15th anniversary of the devastating attacks on the U.S. that irrevocably changed the world as we know it. But, in a testament to the American spirit, New York was down but not out.

Now, when I look up, I see the Freedom Tower, a beacon in its own right, a phoenix that flies even higher than the originals. With it, One World Trade Center—with its new transportation hub, the Santiago Calatrava-designed Oculus, already lauded for visionary design—has made a new mark on the Manhattan skyline.

New York City has seen a steady rebirth of lower Manhattan; it didn’t hurt that Robert de Niro’s Tribeca Film Festival, founded in 1988, stood its ground below 14th Street and carried on in 9/11’s wake.

And more big-name players are going downtown: Vanity Fair and Vogue publisher Condé Nast took up residence in One World Trade Center last year, Barneys New York is now in Chelsea, Thompson Hotels’ takeover of one of the city’s original skyscrapers in “New Downtown” near the Brooklyn Bridge is now The Beekman (thebeekman.com) and Toronto-based Four Seasons has just opened its latest, in Tribeca (fourseasons.com/newyorkdowntown), a block away from One World Trade Center, complete with Wolfgang Puck’s CUT for dinner and a lap pool to swim away the day’s stress.

A version of this article appeared in the September 2016 issue with the headline, “Manhattan Transformation,” p. 34.