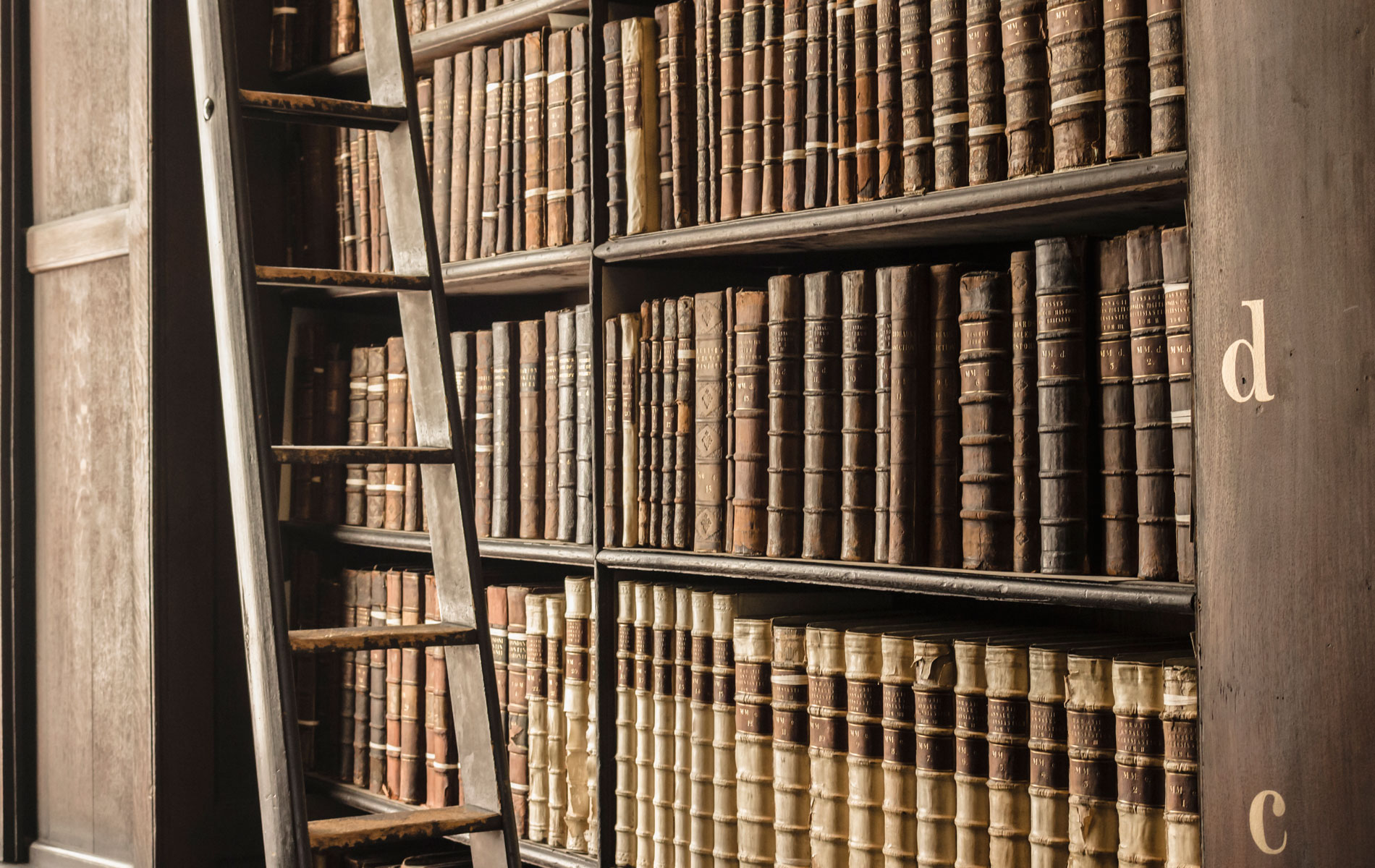 Dublin is a marvellous city for the reader, rich with literary history and the site of many works of fiction. Here, a guide to some of the places you won’t want to miss.

An absolute must-see for the literary-minded, the museum occupies a tasteful 18th-century townhouse. Opened in November 1991 at No 18, Parnell Square, the museum houses displays relating to Irish literature in all its forms – from around the 10th century to the present day. Artifacts include paintings, manuscripts, letters, rare editions and mementos of many of Ireland’s famous authors. Visitors will be sure to pick up some new and entertaining facts and trivia. There are a number of temporary exhibits and a sumptuously decorated Gallery of Writers upstairs. The museum also hosts frequent poetry readings and lectures. The specialist bookstore, providing an out-of-print search service, is also a delight for the collector.

This museum, with its broader focus, was recipient of the award for European Museum of the Year 2002. Situated in the heart of the city centre, its exhibitions open a window on the artistic treasures of the great cultures and religions of the world. For the literary tourist, the Library offers a rich collection of manuscripts, prints, icons, miniature paintings, early printed books and objects d’art from countries across the world. These include Egyptian papyrus texts, beautifully illuminated copies of the Qur’an, the Bible, and European medieval and renaissance manuscripts.

Located near Parnell Square and the Dublin Writers’ Museum, this Joycean centre gives literary enthusiasts one more reason to visit Dublin’s north side. It is operated by members of the Joyce family. The newly restored 1784 Georgian townhouse contains various exhibits, an archive, and a reference library. The centre also hosts various walks around Dublin, exploring Joyce’s terrain. But if you want to explore on your own some sites are not far: make your way over to Mountjoy Square to number 35. Seán O’Casey lived here once. Brendan Behan grew up in nearby 14 Russell Street. Continue down Gardiner Street along the route taken by Leopold Bloom in James Joyce’s Ulysses. Up Railway Street stood Bella Cohen’s Brothel, also featured in the work.

Many important works have been first staged at the theatre since its opening in 1904, including Playboy of the Western World by John Millington Synge, and Seán O’Casey’s The Plough and the Stars. The present building is a replacement for the original theatre, which burned down in 1951.

This impressive building was of course the site of the 1916 Rebellion, but it has also been a source of inspiration for poetry and literature of that time. In commemoration of the failed Rising, a statue depicting the death of the mythical hero Cúchulainn is housed in the front of the building. The spire of Dublin is also located at this site.

Trinity College was the educator of many of Ireland’s great writers from Swift to Wilde. For the literary traveller its Old Library also houses a must see: the manuscript of the beautifully illustrated medieval Book of Kells.

James Joyce House of the Dead

James Joyce House of the Dead is one of Dublin’s most important literary and historic buildings. Located in the city’s centre, it is where Joyce set one of his most famous stories, “The Dead.” Director John Huston also located his film of the story here. The building houses a contemporary art gallery.

Visiting the National Library of Ireland is like stepping into the footsteps of many of Ireland’s greatest writers and scholars. Founded in 1877, the Library’s collections of books, manuscripts, prints, drawings, photographs, newspapers, music and ephemera are one of the most outstanding collections of Irish documentary material in the world.

The largest of the Library’s literary collections is the acclaimed Yeats exhibition, Yeats: The life and works of William Butler Yeats. As Ireland’s first Nobel literature laureate, Yeats was also one of the most significant influences on the formation of an Irish cultural identity. A visit to this exhibition is a must.

One way to experience the literary spirit of this fine city is to join in with the Dublin Literary Pub Crawl. Actors guide tourists through eight different pubs, performing excerpts from various works and providing a humour-filled and vibrant living aspect to the city’s rich creative history. Their website at www.dublinpubcrawl.com/ provides more details.

Luck of the Irish: 5 Recipes For St. Patrick’s Day