Exploring Ireland in the Footsteps of St. Patrick 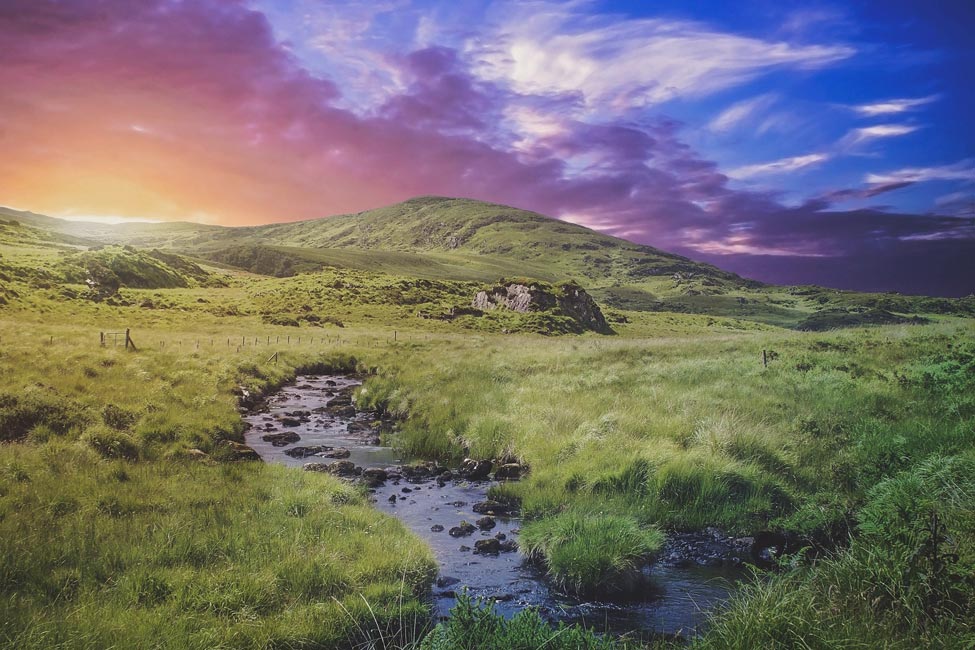 One great way to explore Ireland is by following in the footsteps of St. Patrick. Here, some of the sights you might see if you do.

Although claims that he single-handedly brought Christianity to the Emerald Isle and drove out all the snakes are suspect, there’s no denying that St. Patrick is a predominant figure in Irish history, legend and culture. One great way to explore Ireland is through his footsteps. Here are some of the sights you might see if you do!

St Patrick’s Cathedral: this National Cathedral of Ireland was erected between 1200 and 1270, but the current structure owes much of its appearance to the 19th century as it was restored in the late 1800s. A far earlier church at the same location was built to commemorate St. Patrick’s presence. He is reported to have baptized converts at a “holy spring” nearby, and a spring covered with a slab bearing a cross was found during renovation work. (Today it graces the cathedral.) Another sight at the cathedral: the banners of the Knights of St Patrick, an order of chivalry instituted by the British King George III in 1783.

The National Museum also contains items attributed to the saint himself, such as a bell shrine dating from around 1100 that was used as a reliquary to commemorate the saint. A simple iron bell is on view as well which, according to tradition, was used by St. Patrick to call the believers to mass. However, science dates the bell to the 6th or 8th century.

According to legend, at Easter time Patrick chose the Hill of Slane as a site from which to challenge the heathen King Laoghaire. Just before Laoghaire could light up his traditional royal spring fire on Tara, Patrick lit his paschal fire on the Hill of Slane. Today the Hill of Slane is largely marked by ruins and graves. Patrick himself is reputed to have built the first church here, although subsequent activity has obscured all traces of early Christianity.

Religious rituals may well have been celebrated atop this mountain as early as 3000 BC. St. Patrick is said to have spent forty days and forty nights fasting on the top praying for the spiritual welfare of the Irish people. Murrisk is a good place to begin the climb if you wish to visit the top. The views from the top are spectacular, and many people come here to make a pilgrimage. But be warned — it’s not an easy climb, and the amenities are few.

This location is where legend states St. Patrick entered purgatory and lived to tell the tale. Although there’s little to no historic evidence, the small island in Lough Derg became a pilgrimage site in the middle ages. Although destroyed in the late 1400s, the 1900s saw a revival in the site and today many pilgrims come to visit it.

The Cathedral Church of St. Patrick (Church of Ireland) is another historic site. Legend tells us that in 445 St. Patrick himself built a church and founded a monastery here, and indeed a bishop has been resident in Armagh since St. Patrick’s time. St. Patrick’s church itself, however, did not survive the middle ages. The present cathedral was built between 1834 and 1837 — officially “restored”. Built of red sandstone, it incorporates older elements and has other artifacts on display inside. The visually striking stained glass windows are worth the steep climb alone.

A more modern church, Cathedral Church of St. Patrick (Catholic), is a mere few hundred yards away. It’s a beautiful place to visit: the exterior is imposing, and the interior inspirational.

St Patrick’s Trian is a group of museums in the city center which provide the visitor with reams of information about St. Patrick’s story as told in his Confessio.

The Ulster Museum contains many Irish artifacts, but for the St. Patrick buff the item to see is a shrine in the form of a lower arm and hand. The gold case is reputed to house St. Patrick’s actual arm and hand, with fingers displayed in a gesture of blessing. Once again, its historic accuracy is in question, but well worth a look.

The Cathedral Church of the Holy and Undivided lies at the end of a cul-de-sac dominating the town. The first church here was built to honor the burial place of St. Patrick himself. According to historical tradition, when the saint died in Saul a number of congregations claimed the undisputable right to bury him, arguing bitterly. A monk suggested a higher authority to settle the matter, hitched two wild oxen to a cart, bound St. Patrick’s body to the cart and let the oxen have their heads. They finally stopped on this hill and the saint was laid to rest.

The early church did not survive after a sacking in 1315. A new cathedral was finished in 1512, but fell into disrepair. Eventually it was rebuilt between 1790 and 1826. Today the romantic-medieval cathedral is charming.

The Saint Patrick Centre lies near the cathedral, complete with an impressive multimedia celebration of Patrick’s Confessio.

This is where St. Patrick is said to have landed in 432, as well as the site of his first church. 1500 years later a new church was erected in memory of this momentous occasion. The small, inconspicuous St Patrick’s Church is a quiet place to end one’s meditation on the travels of this most beloved saint.

Luck of the Irish: 5 Recipes For St. Patrick’s Day