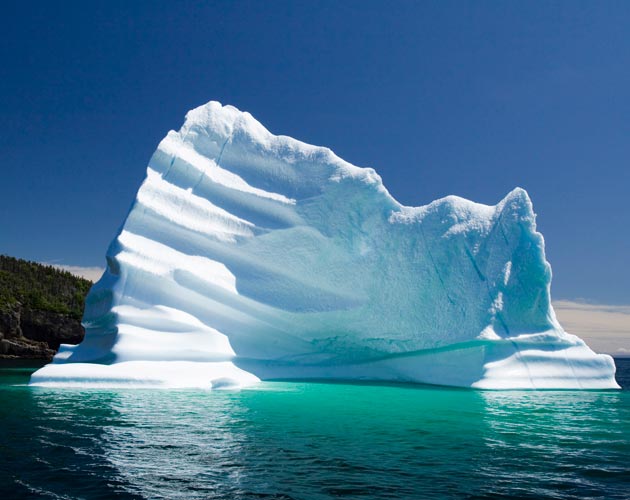 For bergs, birds and whales, travellers the world over are heading to Atlantic Canada.

Spring may have you thinking more of tulips than ice (hopefully!) but for Atlantic Canada some of the season’s hottest tourist attractions have arrived: the icebergs.

Each year visitors from around the world head to Newfoundland and Labrador to take in the hundreds of majestic icebergs that drift along the north and east coasts of the island. Recognized as the greatest iceberg theatre in the world, the area is known as Iceberg Alley.

“Here in Newfoundland and Labrador we never tire of seeing these majestic icebergs,” said Jill Curran, president of Maxxim Vacations.  “It doesn’t matter if you’re a kid or a great-grandmother, it’s always a thrill to see them, and a reminder that summer is on its way.”

The icebergs, which are about 10,000 years in the making, return from the Arctic every spring. On a sunny day, the bergs can be seen from many points along the northern and eastern coasts. Some of the more popular viewing spots either from shore or tour boats include: Bay Bulls/Witless Bay, St. John’s/Cape Spear, Bonavista, Twillingate, La Scie, St. Anthony, Point Amour, Battle Harbour and Cartwright. (Check out this iceberg finder.)

And while you’re there, you’ll want to take in some whale watching. Known internationally for their whale watching venues, Newfoundland and Labrador have more than 20 species of sea-faring mammals, including sperm whales and blue whales.

The Atlantic Provinces are also known for their marine birds. The Witless Bay Ecological Reserve, for example, is home to the largest Atlantic puffin colony in North America.

ICEBERGS: QUICK FACTS
–Most of the icebergs in the North Atlantic come from about 100 iceberg-producing glaciers along the Greenland coast while a few originate in the Eastern Canadian Arctic Islands.

— The number of icebergs varies from year to year. Most are seen off Newfoundland in the spring and early summer.

— They vary in size, shape and colour, ranging from snow-white to aquamarine. Bergs are mostly white because the ice is full of tiny air bubbles. Ice that is bubble free has a blue tint because of the natural light scattering characteristics of pure ice.

— The largest Northern Hemisphere iceberg on record was encountered near Baffin Island in 1882. It was 13 km long, 6 km wide and had a freeboard (height above water) of about 20 m. The mass of that iceberg was in excess of 9 billion tonnes – enough water for everyone, in the world to drink a litre a day for over 4 years.

— Think that’s big? Icebergs from Antarctica may be many times larger. In 1987 an iceberg with an area of 6350 square kilometers broke from the Ross Ice Shelf. That berg had a mass of around 1.4 trillion tonnes and could have supplied everyone in the world with 240 tonnes of pure drinking water.

IF YOU GO
For more information, see NewfoundlandandLabrador.com and the East Coast Trail website.