A Toast to Icewine 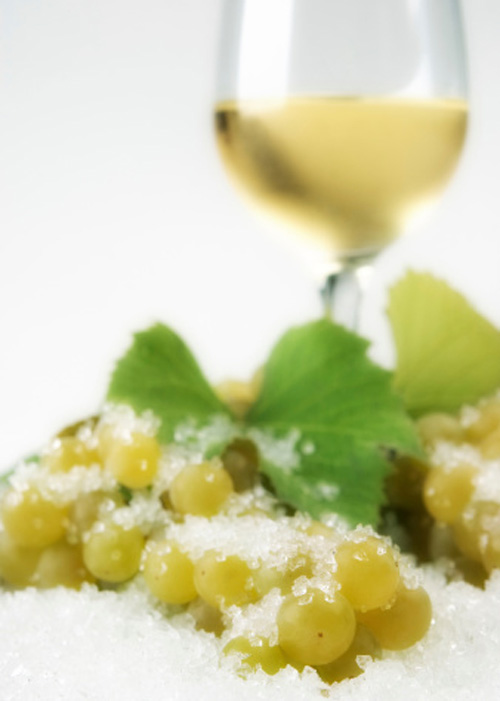 The secret of Icewine was discovered two centuries ago in Franconia, Germany — a momentous event for wine-lovers and interestingly, one that happened entirely by accident.

Legend says this accidental discovery of a golden elixir was the result of an unexpected frost. Desperate to save their crop, German grape-growers decided to make wine from the frozen grapes rather than discard them.

The result: a remarkable wine with the unique combination of intense sweetness and high acidity. Icewine, often referred to as ‘gold’, reveals a deeply golden colour when poured. Its intensely sweet and flavorful nectar is balanced by the acidity which gives a clean, dry finish. The nose recalls lychee nuts, and the taste is of tropical fruits, with shadings of apricot peach nectar and mango.

“Most people think of Icewine as a dessert wine,” Donald Ziraldo, co-author of Icewine: Extreme Winemaking, told the Canadian Press. “We have always tried to follow the Champagne philosophy that you can drink it all through the meal with different courses.

“It is the same with Icewine. You can pair it up because it is all about experimentation. This is why people who like to cook get interested so they can play with different things.”

In fact, drinking Icewine with different menu items is regarded by the Europeans and Japanese as the proper way to enjoy it, Ziraldo adds.

Canada, with its favourable climate for the production of Icewine, has become known the world over for its award-winning vintages. The coveted ‘liquid treasure’ can only be made in certain climates: summers need to be long and mild enough for grapes to thrive and winters must be able to produce rock-hard freezes but aren’t so cold that the vines perish.

The harvest, accomplished entirely by hand, usually begins in December or January, once the temperature dips below minus 10 to 13 degrees Celsius. As the frozen grapes are pressed, the natural water portion of the juice remains within the grape skins in the form of ice crystals, and a tiny but precious ration of highly concentrated juice is expressed. (Read more about Canadian Icewines.)

In celebration of Icewine

Vineyards in British Columbia and the Niagara region are among the few sites in the world suitable for making Icewine. And every January, wine country celebrates the accidental discovery of a golden elixir.

The annual Okanagan Icewine Festival (also known as the Sun Peaks Winter Festival of Wine) at the Sun Peaks Resort offers a combination of wine, food, and sport. The festival offers specialized vintages, wine master’s dinners, educational tastings along with fun on the slopes and other winter recreational adventures.

For the festival, over 20 wineries will be represented throughout the alpine resort. The acclaimed wine masters’ dinners offers a taste of the West coast with featured Icewines and food pairings. Visitors can choose from an array of package options with three and four night stays including seminars, skiing, and accommodations.

For details, go to: www.thewinefestivals.com and Sun Peaks Resort.

Nova Scotia’s festival offers a little something for everyone with gourmet meals, Icewine and chocolate tastings and classes.

For more information, see the festival website at www.winesofnovascotia.ca