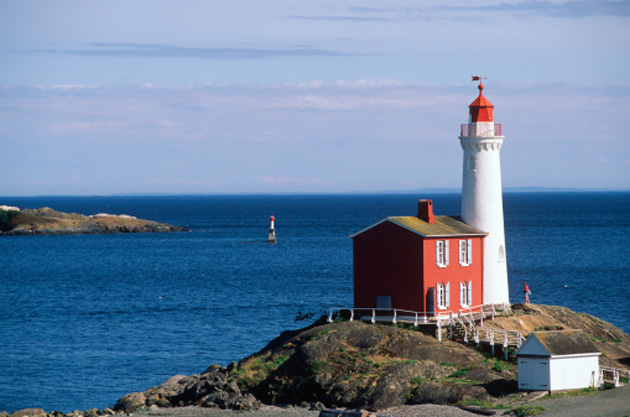 Looking for an historic adventure? Our readers share their picks of Canadian forts to add to your must-see list

They were built over the last two centuries to defend our young country, and now they stand as a testament to the history of Canada. Across the country, our forts offer a glimpse back into our past… Not to mention some beautiful views and fun activities for all ages.

In Canadian forts to visit, we offered a small sampling of historic forts — including Fort Anne in Nova Scotia, Fort George in Ontario, British Columbia’s Fort Langley and Fort Walsh, Saskatchewan. Naturally, our readers chimed in with their favourites forts.

Here are their top 10 picks:

Why you’ll love it: This fort gets the nod from readers for its beautiful views. With the coastline and mountains as a backdrop, the fort and nearby Fisgard Lighthouse offer some fantastic photo ops. Built in the 1890s, this coastal artillery fort was intended to defend Victoria and the Esquimalt Naval Base, and today visitors can explore the underground magazines, command posts, guardhouses, and barracks.

Highlights: Get in on the action with Historic Military Encampment in May and July’s Annual Historic Garrison Camp. Antique car buffs won’t want to miss Annual Old English Car Affair in the Park each September.

Why you’ll love it: One of the first permanent fur trading posts in the West built in 1805-1806, Fort St. James now offers a look at life in 1896 — including a fur warehouse and storage facility, tramway, trade store and gardens. Its location on the shores of Stuart Lake offers fun for outdoor enthusiasts too, including hiking, sailing, fishing and mountain biking.

The Town of Fort Macleod, Alberta

Why you’ll love it: Nestled in the Rockies along the Edmonton River Valley, this town thrives on preserving its past. Here you’ll find the Fort Museum of the North West Mounted Police and First Nations which documents the early history of the NWMP (later to be known as the RCMP) . You can also visit the Northwest Mounted Police 1884 Barracks Provincial Historic Site and nearby Head-Smashed-In Buffalo Jump while you’re in town.

Highlights: Starting July 1st, catch the NWMP Musical Ride on show four times a day at the museum. Combine your museum visit with a tour of Historic Main Street too.

Another favourite spot: Fort Edmonton Park. Though not technically a fort, it’s known as “Canada’s largest living museum” for good reason. One reader calls it a “A great introduction to the history of this part of Northern Alberta.”

Why you’ll love it: Love architecture? This former Hudson’s Bay company post was once a supply and distribution centre as well as an important hub for industry and transportation. Today, the fort is known as one of the finest collections of early stone buildings in the West.

Highlights: Celebrate Treaty One Commemoration on August 3, which marks the historic agreement between the Ojibway, Swampy Cree and the Crown. When the nights turn chilly near Halloween, take a candlelit tour of the fort — and enjoy some hot chocolate around a bonfire.

What about Winnipeg’s Upper Fort Garry? The site believed to be the birthplace of Manitoba is set for a facelift. Construction on the Upper Fort Garry Heritage Park and Interpretive Centre will begin this fall. (Interested in contributing? Visit the Friends of Upper Fort Garry website.)

Why you’ll love it: This 19th-century border fortification was once the centre of British operations — until they tore it down after the War of 1812. The fort was rebuilt, and it’s the second structure that survives today. With its location along the Detroit River, it’s an ideal spot to spy some truly Canadian flora and fauna — including sugar maples, swans and geese.

Highlights: Indulge your other passions with the Art by the River event at the end of August — featuring over 150 exhibitors — and the Shores of Erie International Wine Festival each September.

Why you’ll love it: Unlike many forts in Canada, Fort Erie saw its fair share of action. It’s known as “Canada’s bloodiest field of battle” due to the more than 3000 troops who lost their lives during the Siege of Fort Erie from August 3 to September 21, 1814. Built in 1764, it was also a base for troops during the American Revolution and was later an important crossing point for the Underground Railroad.

Highlights: Readers recommend the annual Siege of Fort Erie (held the second weekend in August) when re-enactors from all over North America descend on the fort to recreate the historic battles — complete with plenty of fire power.

Why you’ll love it: Built (and rebuilt) at the strategic point where Lake Ontario meets the St. Lawrence River, Fort Henry was set to guard the Rideau Canal, an important transportation route. Today, the Fort Henry Guard and other costumed interpreters recreate life at the fort. Sitting atop Henry Point, the area offers a panoramic view of Kingston’s waterfront.

Highlights : Stick around for the Sunset Ceremonies every Wednesday night to watch the regiment reenact bayonet drills and other period battle tactics — topped off with a musical fireworks finale, of course.

Why you’ll love it: This imposing stone structure has been guarding part of one of the largest navigable waterways in North America for more than two centuries. Today, visitors can learn more about New France history and culture. One of King Louis XIV of France’s engineers designed the fort, so be on the lookout of for unusual and ingenious features. Readers also recommend a visit to the Church of St. Stephen’s, the final resting place for many soldiers.

Highlights: Every weekend throughout the summer, the fort focuses on a certain part of period life. Learn more about French Canadian music and women’s apparel, or about certain trades like coopers and shoemakers.

Why you’ll love it: Thanks to the dedicated efforts of Parks Canada and the Fortress Louisbourg Association this important defence site and former fishing and trade centre has been restored to much of it’s 18th century glory. Today the site features more than a dozen buildings to explore as well as daily demonstrations recreating life at the fort, including cooking, dancing, music and military drills.

Highlights: Bring your appetite! In addition to the three 18th century restaurants, you can also tour the King’s Bakery and sample fresh bread. For a taste of luxury, Historic Chocolate has been added to the education programs as well as the menu.

Why you’ll love it: This star-shaped structure — the fourth in a series of forts on the site — was built to guard against an attack from the U.S. Take a guided tour to learn more about the fort’s history from 1749 through World War II, and visit the Army Museum to see over 70,000 artifacts chronicling Atlantic Canada’s military history.Even if you’re not a fort fan, go for the view. Located just nine blocks from the city’s waterfront, this site offers a stunning view of the city and harbour.

Highlights: Every July, set up camp inside the walls of the citadel for the Great Canadian Backyard Campout. In August, the 78th Highlanders put on a show with a parade from the citadel to the City Hall for Freedom of the City Day.

ON THE WEB
Looking for more forts? Here is a full list of National Historic Sites (including forts). Local historical organizations, municipalities and provincial governments also oversee forts, so don’t forget to check our travel guides and websites too!