5 Destinations that are Better in Spring 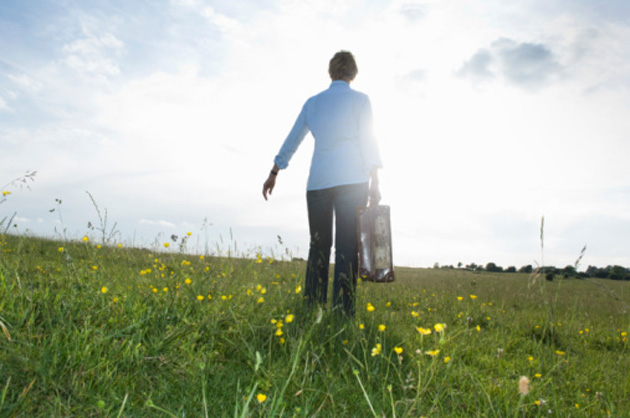 Perhaps we’ve been indoors too long, but the end of winter has our feet itching to travel. Maybe we should listen to that instinct? After all, spring is the time to go if you want to beat summer crowds, steamy temperatures and steep peak season prices.

However, spring travel shouldn’t be about avoiding things — it’s all about the things you won’t experience any other season. Nature seems to be celebrating the end of winter too, and there are many activities and festivals getting underway.

In Spring fling getaways, we told you about some top spring spots like Washington DC, Paris, Japan and Canada. Can’t get enough? We toured the internet and found a few more.

Japan may be the first country that comes to mind when you think cherry blossoms, but the iconic pink blooms aren’t the only ones getting their own festival in Yunnan province. Capital city Kunming holds an Annual Peach Blossoms Festival and Camellia Festival.

In the early spring (our late winter), Luoping County hosts the International Canola Flower Tourism Festival to celebrate this bright bud. Throughout the province, over 260 varieties of azaleas grow and you can catch a glimpse of the unusually named phoenix flower. Bombax ceiba, a type of flowering tree also known as the cotton tree, shows off its peachy petals.

If it’s wildflowers you’re after, the province’s nature parks won’t disappoint. For adventurous travellers, Lonely Planet recommends spring as the best time to hike the scenic Tiger Leaping Gorge. Lesser-travelled Jiaozi Snow Mountain gets the nod from other experts for its show of wildflowers when its snowcaps melt in late March.

Another destination to try: South Korea gets a fairy tale atmosphere in spring too, especially at the Yunjungno Cherry Blossom Tunnel — a pathway so thick with cherry blossoms it’s not hard to see how it gets its name. (See the South Korea tourism website’s Best Springtime Destinations for more ideas.)

Some say it’s Europe’s answer to California thanks to its moderate climate. While often passed over for its neighbour Spain, this coastal country is a popular spot for sun seekers in winter and summer.  If you want to dodge crowds at its famous beaches — like the cliff-lined Algarve — spring may be the season for you.

Its 400 kilometres of coastal beaches aside, Portugal has a little something for everyone. Here you’ll find championship golf courses, medieval castles, historic villages, stunning architecture, traditional cuisine and thriving wine regions — like the historic Alto Douro, home of original port wine. The country’s culture shines during spring with events like Holy Week, Festivity of the Castle in Monsanto and the Madeira Flower Festival.

Looking for some unique accommodations? Think outside the resort and sleep in a stately manor house or convent-turned-hotel instead.

A word to the wise: despite its small size, weather can vary across the country so be sure to check out information specific to the regions where you plan to travel. For more information, see VisitPortugal.com.

Now is the time to see firsthand why this country is world famous for its tulips. Starting with crocuses at the end of March, fields and gardens alike come alive with colourful flowers bursting forth from bulbs beneath the ground. Next up are daffodils and small tulips, followed by hyacinths. From mid-April to early May the iconic tulip itself wows visitors.

Where to see them? Flowers are just about everywhere, but some places like the fields of Noordoostpolder and the North Sea dunes offer postcard worthy swaths of colour. Lisse’s Keukenhof Gardens is only open during the eight-week flower season. In addition to its more than seven million bulbs, over 2700 flowering trees stand guard over its thirty-two hectares.

However, the way you travel is as important as where you travel if you want to see the best of the blooms. Driving, hiking, boating and tours are available, but experts also recommend tapping into another icon of Dutch culture: bicycles. They’re easy to rent and park, and thanks to the country’s bike-friendly culture, there are over 100 scenic cycling routes covering over 20,000 kilometres of the countryside.

Of course, the Netherlands isn’t the only European country to boast bountiful blooms. Denmark comes alive in spring with the colours of poppies, daisies and forget-me-nots.

And closer to home, Ottawa is set to celebrate the 60th anniversary of the Canadian Tulip Festival in 2012. Canadians on the west coast can venture to Washington State for the Skagit Valley Tulip Festival held every April.

True, winter hangs around a little longer in parts of this famous park — often until late May or early June — so some areas are still off limits despite milder temperatures. However, just over one quarter of the park’s visitors come calling from April to June, so you’ll still get in ahead of the summer crowds. The main attraction: melting winter snows feed the cascading waterfalls for which the park is famous.

Yosemite Valley is one of the most popular areas to visit during the spring, and home to the Yosemite and Bridalveil Falls, among others. Another valley known as Hetch Hetchy is also snow-free by spring, and the Wapama and Tueeulala Falls are at their fullest.

What’s the best way to get around? Many areas are open for hiking if the weather permits, and bicycle paths are free of snow too. If you prefer to go by horse or mule, the Valley Stables open in late April.

There’s no wrong time of year to visit the Big Apple — though its chilly winters and hot, humid summers are not to be underestimated. Travel experts generally agree that spring and fall are the best seasons to see the city when the weather is more moderate and it’s more pleasant to enjoy outdoor activities. The city’s parks will be in bloom this season, including the cherry trees of the Brooklyn Botanic Garden.

Of course, there’s no shortage of festivals and other activities to enjoy as well — like the Tribeca Film Festival, International Contemporary Furniture Fair and Fleet Week (where you can tour a U.S. military ship on its stopover in the NYC harbour). For sports fans, spring is the start of baseball season with the Yankees and the Mets taking the field for their season openers. If it rains, you can happily occupy yourself indoors with museums, galleries, Broadway shows and shopping.

Unfortunately, spring is also a busy season for travel — so don’t expect any shoulder season deals here. For more information, visit NYCGO.com and Frommers’ When to go to New York City.

Of course, these destinations are just a handful of the many places that are perfect for spring travel. You don’t have to go far to experience the best of the season — like your city’s parks, for example — but it’s certainly fun to daydream.