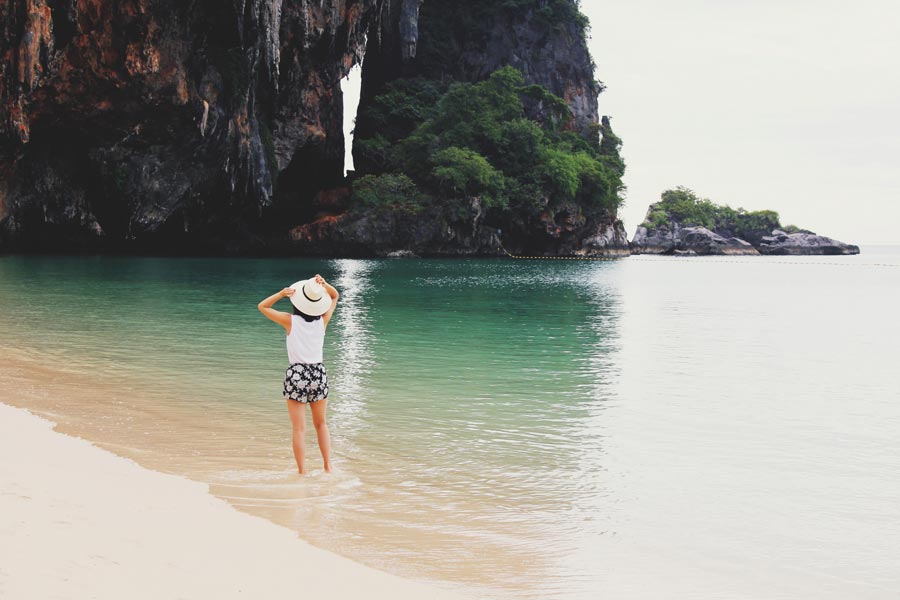 Travelling solo can be an exhilarating experience. You can go where you want, when you want, without having to consult anybody. Exerting your travel independence can change the way you think about yourself – and the way you see the world.

But you also need to be careful.

“Any traveller going anywhere needs to exercise caution,” says Diane Redfern, founder of Connecting Solo Travel Network (CSTN), the online research and resource centre for single and solo travellers. “It’s just that solo travellers are that much more vulnerable. That goes for both men and women.”

Do your research beforehand and learn about your destination, its customs, laws and the lay of the land. “Forewarned is forearmed,” as Diane puts it. She recommends always buying the most up-to-date-guidebook on your destination and bringing it with you. (But use it discretely once you’re there so you’re not easily identified as a lost tourist – and a potential target.)

2. Have a safety net in place.

Start by always leaving your travel agenda with friends and family back home. In the event you lose your money, passport or credit cards, have a back-up plan. Photocopy all your documentation before you leave. You can bring one copy with you and leave a duplicate copy at home. You can also minimize your chance of losing everything at once by keeping credit cards, money and documentation on different parts of your body, as opposed to in one place, like your purse or jacket pocket. If you plan to use ATMs to get cash and find they won’t work for you (it happened to Diane in Turkey) have an alternate way of accessing cash.

Since you won’t have anybody to watch your luggage while you nip into the bathroom, don’t travel with more than you can carry on your own. “If you can’t take your bag into a washroom then you’re bringing the wrong bag,” says Diane.

You never know who you might meet and what forces of nature come into play. “If the vibes are there, chances are it’s going to happen,” says Diane, emphasizing the importance of always carrying your own protection. “Never rely on anyone else’s.”

Increasingly, thieves and scammers are turning to public WiFi networks to access private information and identities. A recent story in the British newspaper, The Telegraph, quoted the head of Europol’s cybercrime division as saying it was “difficult to grasp the magnitude of the problem”. He advised those using public Wi-Fi hotspots to avoid sending or receiving any sensitive data because of the risk of being intercepted by hackers. He also suggested that before logging on to any website to always check that it’s secure by looking for the ‘https’, the unbroken padlock symbol, and a security certificate. The best defence? Avoid accessing anything with a password, such as a bank account or credit card, whether you’re using a tablet, laptop or a smart phone.

Don’t draw attention to yourself by looking like a typical tourist. Note how the locals dress and behave then follow suit. It’s safer to blend in. By the same token, don’t flaunt your money. Leave expensive jewelry at home. And don’t over-consume alcohol, which can lead to poor decisions and increased vulnerability.

“This is a big one,” says Diane. “If something doesn’t feel right, get out. Nobody wants to be alone all the time, so if you meet someone and agree to get together later, always meet in a public place, never get into a car and let someone know where you’re going. If at any time you get bad vibes, get out of the situation.”

“There is no place where people are guaranteed not to have a problem,” Diane points out, “but if you want a greater sense of security go to places like the UK, New Zealand or the Scandinavian countries.” Diane also cites Hawaii as her favourite solo resort destination.

“[But] if you get too wrapped up in thinking about the risks you wouldn’t go anywhere,” Diane points out. “Do your homework, understand where you’re going and then go with a cheerful attitude—or don’t go at all.