Does Happiness Have An Address? Spiritual Sites to Inspire You 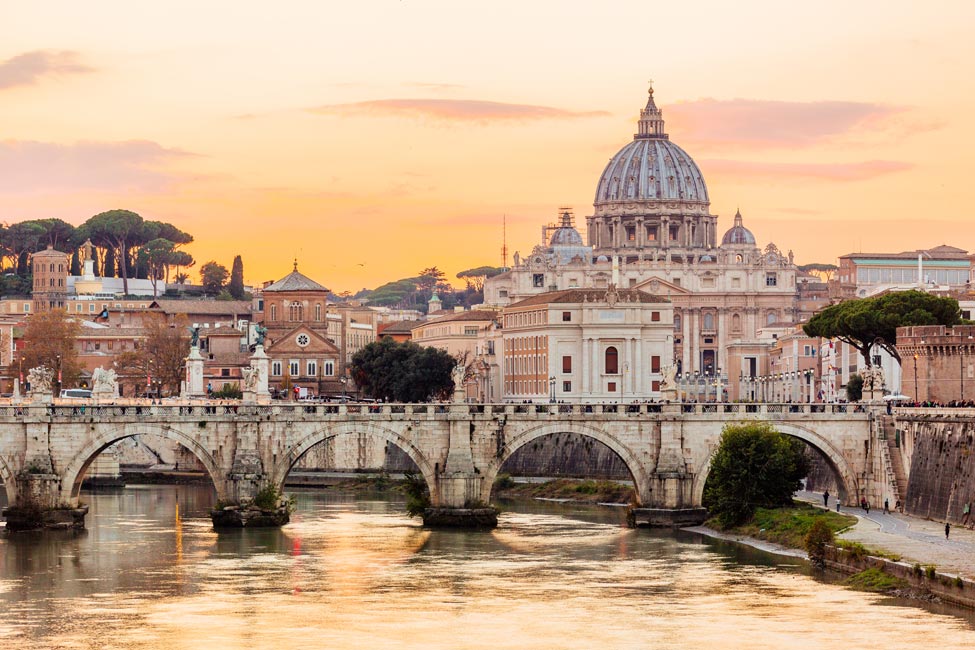 Here, places that inspire creativity and stir the spirit.

In fact, a place can shape and define us. And if you change your place, you can change your life.

So convinced is Weiner about the power of place that he wrote a book about it. In The Geography of Bliss: One Grump’s Search for the Happiest Places in the World, he writes about his adventures roaming the planet is search of places that inspire happiness and creativity and stir the spirit and the mind.

“Some parts of space are qualitatively different than others,” he says, quoting the historian Mircea Eliade.

And at times, these spaces can seem to blur the boundary between the physical and spiritual worlds. Borrowing from a Celtic tradition, Weiner calls these destinations “thin places.” Heaven and earth, goes the ancient pagan saying, are only three feet apart but in thin places, that distance is even shorter. In ancient times, the rugged seacoast of the Cliffs of St. David’s and the rocky mountain peaks of Croagh Patrick were thin places. A thin place can give you a taste of the divine.

Not that Weiner is necessarily referring to an earthshaking religious or spiritual breakthrough. It’s more like a transformative way to see our lives and the world, he says, which is the true magic — and ultimate gift — of travel.

So how to find such destinations? Not surprisingly, so-called thin places tend to be highly subjective. What’s mesmerizing or transforming for one person is not necessarily the same for another. Often, it’s a matter of stumbling upon them rather than carefully planning an itinerary.

As might be expected, several of Weiner’s favourite ‘thin places’ are historical sacred sites or possess a sense of the otherworldly: St. Peter’s Basilica in Vatican City, the Blue Mosque in Istanbul (pictured above) and Bangla Sahib gurdwara, a Sikh temple in New Delhi.

Another of Weiner’s discoveries is the tomb of the celebrated 13th century Islamic poet and Sufi mystic, Rumi, in the central Turkish city of Konya. It’s a place where people can pay homage and linger, losing themselves in centuries-old manuscripts and relics. And then there’s the tiny village of Boudhanath in Nepal, where daily life — whether it’s shopping, praying, gossiping, working or dining — revolves, literally, around a giant white stupa, the shrine of the All-Seeing Eyes of Buddha. Everyday life here is a harmonious blend of the secular and the holy.

But thin places need not be limited to holy or sacred sites. Places of natural beauty like lakes, oceans and parks as well as bookstores, bars, cityscapes, airports and coffeehouses are potentially transformative places, Weiner says.

Some places can also be more creative and smarter than others, where people in a community feed off a shared intellectual and artistic energy or, at times, a sense of rivalry.  A few examples include 15th century Florence when Leonardo da Vinci and Michelangelo — who were fierce rivals — created their timeless masterpieces, and turn-of-the-century Vienna when Sigmund Freud, Ludwig Wittgenstein, Hans Kelsen and others changed worldviews across the fields of science, law, medicine, art and philosophy.

Happiness has an address

Places can also contribute to happiness, Weiner says. And while it’s not a new idea, it’s one that seems to be catching on. Consider the recently released United Nations “Happiness Report“, the organization’s first such ranking.

Factors used to measure a country’s happiness score went beyond GNP (gross national product) and took into consideration strength of social supports and health services, absence of corruption, pollution and personal freedom. (Canada actually ranked quite high in the report, coming in 5th place after Denmark, Finland, Norway and the Netherlands.)

The meeting to launch the report was held in Bhutan, a tiny Himalayan nation that garnered international attention over 30 years ago when it tracked its Gross National Happiness.

For more inspiration (including destinations closer to home), check out sacredsites.com.

Hawaii: One Canadian’s Journey From Serenity to the Sacred