Going Solo? How to Pay Less and Enjoy More 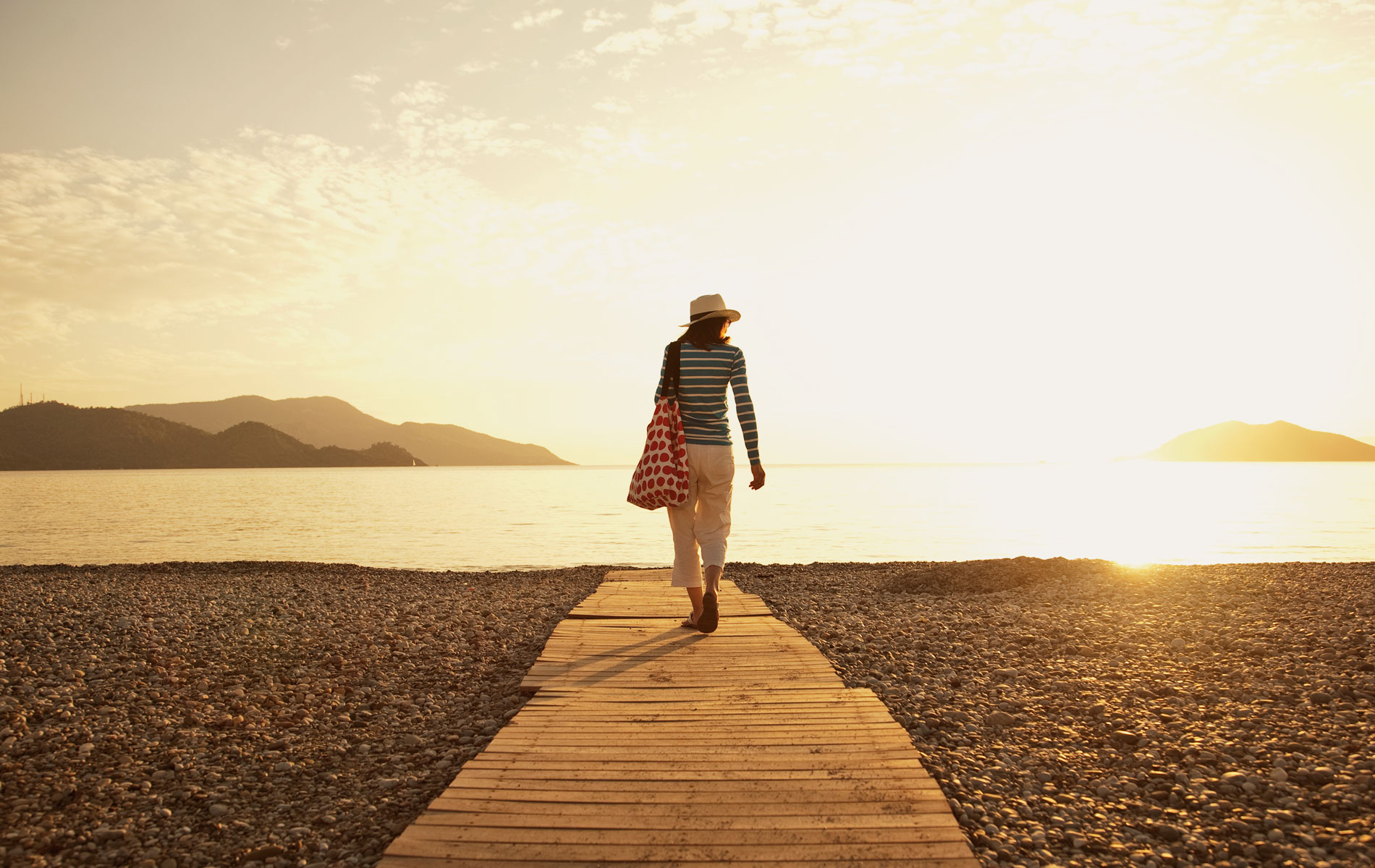 Why are single travellers seeing double the price? Here, savvy tactics for paying less and enjoying more when a party of one.

Toronto writer Liz Guccione had no intention of travelling alone on one of her many trips to Italy some years ago. In her late 50s, she planned to go with three friends. One by one, their travel plans fell through. She found herself alone in Rome. “At first, I was depressed,” she recalls. “I never planned to be alone. I thought I’d be lonely and have a terrible time.”

It took less than 24 hours for Guccione to realize that being on her own could be delightful. “I read about a celebration of the life of John Cabot held in an Italian seaside town and went to do a story on it. There I met a woman from Milwaukee and her Italian husband, a retired general. At the celebration for Caboto, I was introduced to a handsome young man who, it turned out, was the prince of Monaco.”

But travelling solo can also cost more—in some cases, twice as much as travelling as half a pair. The nasty single supplement—it can vary from 10 per cent to 100 per cent—is the price you pay for having a room all to yourself. Travel accommodations are traditionally based on two people sharing a room. Tour operators and cruise lines defend the single supplement by noting that it costs the same to maintain and clean a room whether one or two people are occupying it.

Also, two people in a room are likely to spend twice as much as a single at bars, specialty restaurants, gift shops, casinos, spas and other high-profit extras on a cruise. Hotels are hiding the single supplement when they charge per room, whether it’s being occupied by one person or two.

Still, solo travellers tend to resent paying as much as double for the privilege of being a single, especially when they’re shunted to tiny, cramped rooms. Fortunately, the tide is turning, especially on cruises. Companies like Crystal Cruises and Avalon Waterways are realizing that solo travellers want to be treated fairly and made to feel welcome. And they’re also noting that the market for solo travel is increasing. For many older people who may be divorced or widowed, it’s becoming the preferred way to travel.

“You wake up when you want, and the day is yours,” says inveterate traveller and travel industry marketer Martha Chapman, 61. You get to do what you want when you want. No wrangling about where to eat. No first dibs on the bathroom. “It’s that huge feeling of freedom,” says Chapman. “You don’t have to work on other people’s schedules.” But there’s also the downside: being alone in new and foreign places.

Who knows what could happen? You might have to dine at a restaurant by yourself! You might, says Chapman, “find yourself standing in front of the Mona Lisa and not have anyone to poke in the ribs and say, ‘It’s the Mona Lisa!'”

However, one reason for not going it wholly alone is convenience and security: for example, having to schlep the luggage with you when you go to the washroom at the train station instead of taking turns watching it while the other one goes. And on the subject of train stations, do your research about staying safe and where to be extra vigilant—for example, the Roma Termini railway station in Rome is notorious for pickpockets. The Canadian government also has a website for countries to avoid and where in the world to be extra vigilant. It’s recommended that you avoid dressing or accessorizing in any way that attracts attention. Leave expensive or flash watches, jewelry, handbags and luggage at home—and that includes knock-offs that may be mistaken for the real thing.

If solo travel is tempting but you’re unsure, start reading solo travel blogs and sites. There are dozens of good ones, full of tips for finding bargains and feeling confident, especially for women travelling alone, including journeywoman.com/SoloTravel/SoloIndex.htm .

“I will say that, as one ages—and this is true whether you’re with someone but especially if you’re alone—it is very, very useful to put yourself in a situation where a lot is already taken care of.” says retired music professor Che Anne Loewen of the joys of travelling solo. “I’m 64 and an avid cruiser, which is wonderful for a solo traveller.”

Having someone to travel with is one of the main reasons mature singles want to find a partner. But solo travellers are finding that cruising is a fine way to travel alone and still be together with other people, whether on a megaship or a sleek river boat. “I usually go on Crystal, which offers a 15 to 35 per cent single supplement,” says Loewen, “so you can tell they want us there. They also have tables for eight singles in the dining rooms. Of course, you also socialize with couples.”

On a cruise ship, with so many different things to do, “you never feel alone at all,” says Mary Jean Tully, founder and CEO of Tully Luxury Travel based in Toronto. “Many times, you don’t even realize that somebody is travelling solo.” Loewen is so taken with solo cruising that she’s gone on a round-the-world cruise every winter since she retired five years ago. “I call it being a snowbird on a ship,” she says.

Last year, she was aboard for 112 days, cruising from Miami to Miami. “When my brother retired, he bought a place in Palm Desert,” she explains. “I’d be lonely there.” But on a ship, she says, “you’re bound to meet at least one person, usually more than one, with whom you strike up a friendship. And there are many, many activities on board that are fine to do alone on sea days and excursions to join in port.”

The online cruise consolidator, Vacationstogo.com, lists cruises with low or no single supplement and also offers hosted singles cruises. For example, a stateroom with balcony on a 14-day Costa repositioning cruise crossing from Guadeloupe to Savona, Italy, in April was selling in December for US$1,399 for double occupancy or single occupancy.

In addition to time-limited promotions that eliminate the single supplement or reduce it—to as little as 25 per cent on Silversea cruises—some large cruise lines, including Royal Caribbean, Costa and Norwegian, now offer a limited number of specially designed single cabins on some ships. They’re extra-small, some as little 99 square feet, often inside, but there’s no single supplement. They’re usually referred to as “studio cabins.” Cunard’s Queen Elizabeth offers nine single staterooms—eight oceanview and one inside—while Holland America’s MS Koningsdam has 12 ocean-view singles. Booking extra early is a necessity if you want to score a studio.

Avalon Waterways river cruises occasionally has a sale that gives you a regular cabin all to yourself for the same price you’d pay as part of a pair. So does Pandaw, with river cruises in Burma, Laos, Vietnam and Cambodia. Emerald Waterways, which usually has a 100 per cent single supplement, recently waived this entirely.

These river cruises may offer fewer activities but, with less of a crowd on board, they may also be less intimidating for the soloing newbie. “I personally like the small ship experience,” says Chapman. “It’s amazing value and a terrific way to travel through a lot of Europe with everything taken care of, including shore excursions.”

But, er, what if you don’t like being on the water, prefer terra firma, but still want to be part of a group without paying a single supplement? Well, if you look back on your days at camp or college, where you bunked with strangers who may have eventually become friends, the thinking here is that the concept works at any age. Many companies, including Cosmos, match solo travellers by gender and age who don’t mind a roommate in order to save money. Bruce Poon Tip’s G Adventures’ small groups of about 15 people also offers a roommate-matching service to eliminate a single supplement. They employ a Chief Experience Officer who is trained to navigate any tricky situations and group dynamics. If the match is not made in heaven, there may be an option to switch rooms.

Cosmos reports that a third of their North American travellers are singles, with many taking advantage of their guaranteed share program. Cosmos’ sister company, Monograms, offers an “independent travel” service, with accommodation and transfers arranged and a local guide available for advice and tours, but you’re on your own, not part of a group. Trafalgar Tours features a Vacations for Singles page on the company website, where you can find guided European itineraries with a single supplement discount between 25 to 100 per cent.

Cost notwithstanding, for those striking out on their own, even small ships and coach tours may be daunting, from the social aspect. Going solo on an African safari, for example, might be more manageable, as one, the focus is on a common interest—here, it’s animals—and, two, the higher-end camps, such as those booked by Tully, typically have just 12 rooms, and everything, from safaris to suppers, are events experienced together. You can’t help but get to know each other.

Budget-watching in mind, Chapman suggests solo travellers link up with small groups on a daily basis in popular tourist cities, like London, Paris, and Venice, where free walking tours are sometimes offered. Urban Adventures offers “bite-size” tours to see the sights and sample a taste of the city. “You get to walk and talk with a bunch of people,” says Chapman, so you’re not without companionship when you first behold the Eiffel tower or sample cicchetti in a tiny bar hidden in a Venetian alleyway. Walking and talking with a bunch of people is also why so many singles choose walking tours, like those offered by Exodus Travel to every part of the world: the Inca Trail, Mont Blanc, Kilimanjaro, Nepal and Ladakh, the Amalfi Coast and Tuscany.

On these types of tours, “there’s a maximum of 15 people and always singles,” says Chapman. “The majority are boomers from all over the English-speaking world. And all the hassles are taken care of for you.”