Toronto Hotels: An Insider’s Guide to the City’s East End 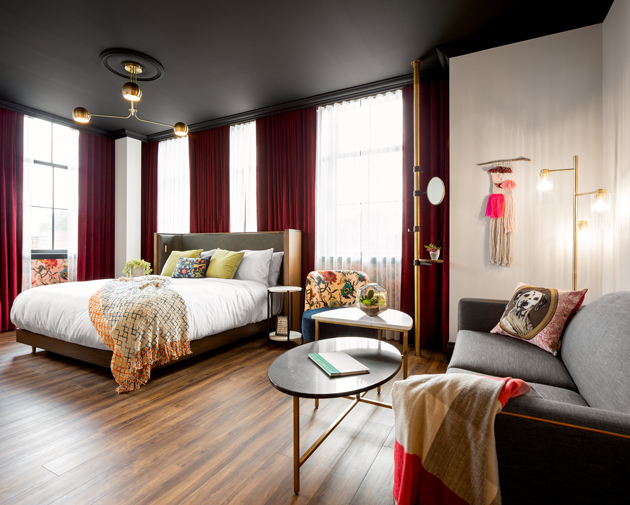 A room at the Broadview Hotel, Toronto

Looking for an Insider’s Guide to Toronto’s East End? Downtown Toronto’s been seeing a hotel boom of late, with Bisha opening in September, and Hotel X set to revitalize the iconic Ontario Place space by the lake. But, Riverside, a neighbourhood just east of the Don Valley, is on the hotelier set’s radar. The Broadview Hotel opened its doors in September, in another iconic, somewhat notorious spot, Jilly’s Strip Club. When reimagining the original 1891 building, an example of Romanesque Revival style architecture, Toronto-based Streetcar Developments chose to maintain its façade, preserving the vintage feel. A boutique property with just 58 rooms, The Broadview also features drinking and dining spaces and a rooftop bar. So why not explore this road slightly less traveled in the city of Toronto? Here, we asked the Broadview’s concierges for their insider tips on how to spend a day, or a weekend in the East End: