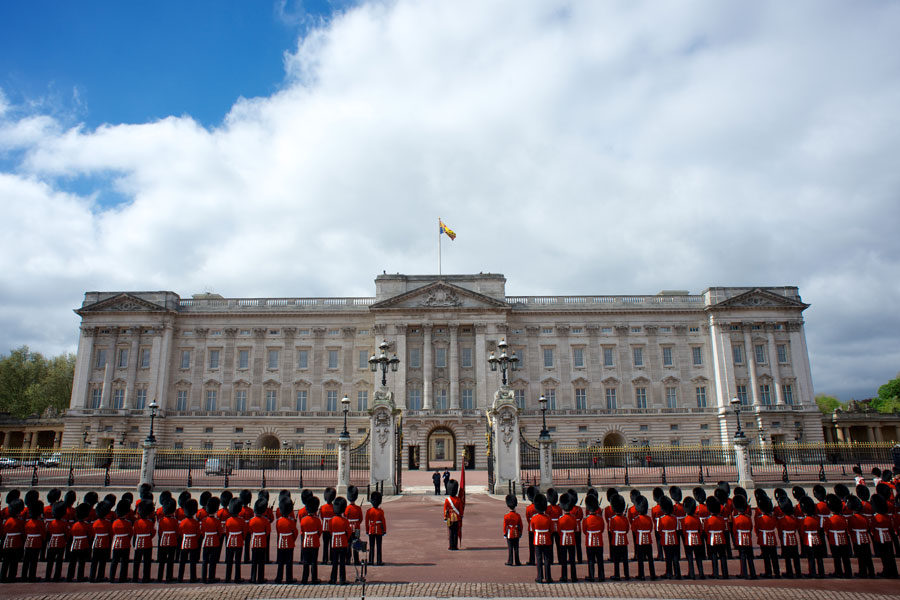 On a recent trip to London, I took my son, Christopher Heyes, a history student on the cusp of his graduation, along. He basked in the city’s timelessness, yet only touching on the surface. The depth of London’s appeal, particularly for a history buff, is bottomless. From halls where Winston Churchill conducted his war, to the Queen’s seat of power, to the espionage and intrigue of the Cold War- and Bond-era, here’s what he had to say:

London and the UK is still the place to be and it is the inspiration for much of the current crop of the year’s pop culture mix. From The Crown, Netflix’s account of Her Majesty Queen Elizabeth II’s reign, coming back for a heavily anticipated second season to Gary Oldman’s upcoming performance of the inspiring war hero and former British Prime minister Winston Churchill in the new film Darkest Hour, Britain continues to have so many stories to tell. Even the tabloids can’t stop talking about the announcement of another royal wedding—Megan Markle and Prince Harry’s spring nuptials! Add to this Kate and Wills expecting royal baby number three, and Her Majesty and Prince Philip’s 70th wedding anniversary, there’s never been a better time to visit this incredible and unique destination to create your own story worthy of royalty.

As a student of history myself, exploring London felt like opening up a treasure box. From the British Museum, where I saw some of the most incredible artifacts from my own Greek heritage creating mixed feelings of wonder and sadness, all the way to Big Ben’s clock tower, which just the sight of in person made me feel the spirit of the city and made me feel like an integral part of it. London has always been a city of both real and fictional heroes and villains from Guy Fawkes to Jack the Ripper, Sherlock Holmes and James Bond. I thought about that on every walk around the city with a smile on my face as London itself has put me into an adventure. The city streets teem with history and you get the sense that everywhere you step something significant happened there. And, pick a hotel, like St. Ermin’s, in the right neighbourhood, like St. James/Westminster, and you’ll be right where it happened – and where it’s still happening.

NEXT: Intrigue and espionage at St. Ermin’s Hotel

Take the iconic St. Ermin’s Hotel in Westminster, for example. Not only does this hotel provide its guests with beautiful sights inside and out but it is a five-minute walk to Buckingham Palace and Westminster Abbey in either direction. Service is 5-star British all the way, yet with a welcoming air that says warmth — but compared to many hotels in the city, it’s also quite affordable. And talk about royal. Comfortable and lavish at the same time with its flawless white Hindu temple-inspired lobby and the fantastic Caxton Grill and Bar that, of course, gives guests access to all four mandatory English meals, including the all-important afternoon tea time, St. Ermin’s hotel also holds many secrets within. A secret foodie tip: The Club Sandwich is one of the best we’ve ever tasted!

During The Second World War and The Cold War this hotel was a base for secret agents under MI5, Britain’s domestic intelligence agency and even housed offices for some of the members of the infamous Cambridge Five, high ranking agents working for MI5 that had secretly colluded with the Soviets. The hotel has brilliantly taken its exciting history and even created a “top secret” spy dossier for its younger guests to examine during their stay. As a big fan of spy stories myself, the stay at St. Ermin’s made me feel like a secret agent of my own. Apart from the “007” style intrigue, the hotel is unique in other ways such as having its own bee sanctuary where the hotel gathers honey made on sight for its guests – and features a special afternoon tea, in which all the goodies are infused with the golden nectar. The adjacent building, which is now part of the hotel, was even one of the sites where Churchill himself addressed the Nation during the real darkest hours of the Second World War before himself getting a drink – most likely Champagne – at The Caxton Bar. Whether it’s excitement or comfort in your crosshairs, you will find plenty of both at this historic hotel.

NEXT: A Double-Decker City Tour

Five minutes away at Buckingham Palace, you can board the first stop for the Golden Tours double-decker hop on-hop off buses that takes you off your feet allowing you to experience the beauty and culture of London from above the street level. These tours take you all over the city, from Britain’s seat of royalty to the astounding St. Paul’s Cathedral and even as far as the ancient Tower of London and the beautiful Tower Bridge (above). You simply purchase a ticket and ride the bus until you hit an experience, embark and then hop back on when you’re ready. In my case, I hopped back on after enjoying a sandwich and a slice of delicious cake in the company of some very kind Londoners, while sitting at a cafe in the glorious shadow of St. Paul’s. Our conversation floated from Brexit to their personal favourite sights in the city all the way to my own hometown of Toronto. They had lived in Toronto for a short time, worked at Ontario Place and even remembered the traffic problems of the city! If you wanna get even higher above historic London than your double-decker bus, go right to the top in the ascent up The Shard where you can see London from the top of the world – The View from The Shard. The views are breathtaking, and maps and guides show the city as it once was, and as it is now, naming buildings, parks and other public spaces.

An unmissable stop on the tour is the Churchill War Rooms. Guests experience going deep under the Houses of Parliament into this inspiring man’s personal underground bunker where he declared he would conduct his war. See where guards, secretaries, Mrs Churchill and the man himself stayed during the raging conflict of The Second World War as every room, plaque and device holds a history of both pain and hope. Also inside is a museum personally dedicated to Churchill and his life story. You can view a painting of a small and innocent looking child that is apparently the earliest known image of Churchill. The walk through the war rooms and Churchill museum gave me a new, first-person perspective of the secrecy and preparation of WWII and now, going back into that field of study, I can only empathize even more with this era of history.

The strength and determination of Winston Churchill is still embedded in the people of London to this very day. Despite conflict and Brexit affecting daily life, the London locals are joyful, strong and still always keep calm and carry on. No matter where you decide to stay and what you choose to do, you will always leave London with a grand story to tell.

For tickets and entry times: www.iwm.org.uk/visits/churchill-war-rooms

4. The Houses of Parliament and the clocktower that holds the great bell, “Big Ben.”

6. And one extra: the Westminster Cathedral, a must-see for Catholics and those appreciative of architecture and religious history.