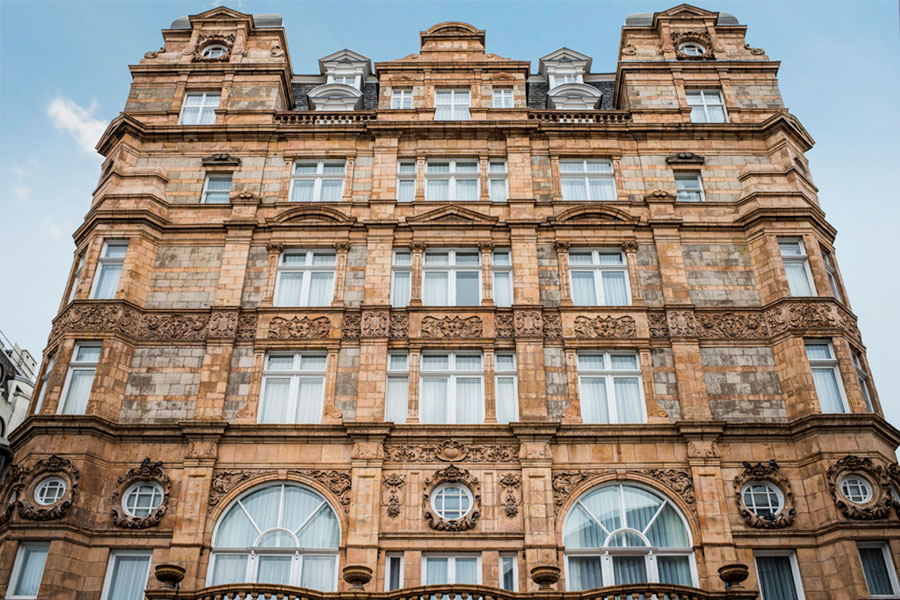 If live performance inspires you to travel, then London’s Leicester Square is, well, square in the middle of all the drama, and comedy and musicals… you get the point.

How convenient then that the newly opened Victory House, an MGallery boutique hotel by Sofitel (part of the same Accor hotel group as Fairmont means loyalty points, too), is a stone’s throw to the city’s famed West End theatreland, the cheap and cheerful restaurants of China Town, historical Covent Garden and Piccadilly, and all mostly accessible by a pedestrian-only thoroughfare that is perfect for people watching and avoiding London’s notorious traffic.

Taking up residence in the restored heritage building is like living in the area’s history, and its love affair with entertainment. Inside, black and white art deco mixes with photographs of 1950s film icons, while outside, the façade has remained true to its 19th-century terra cotta origins.

On the square, a fountain that spouts up from the ground invites play, while atop it, the statue of William Shakespeare has presided over the space since 1874. And, since the play’s the thing, after all, the bard would surely approve.

Just the ticket, but closer to home: