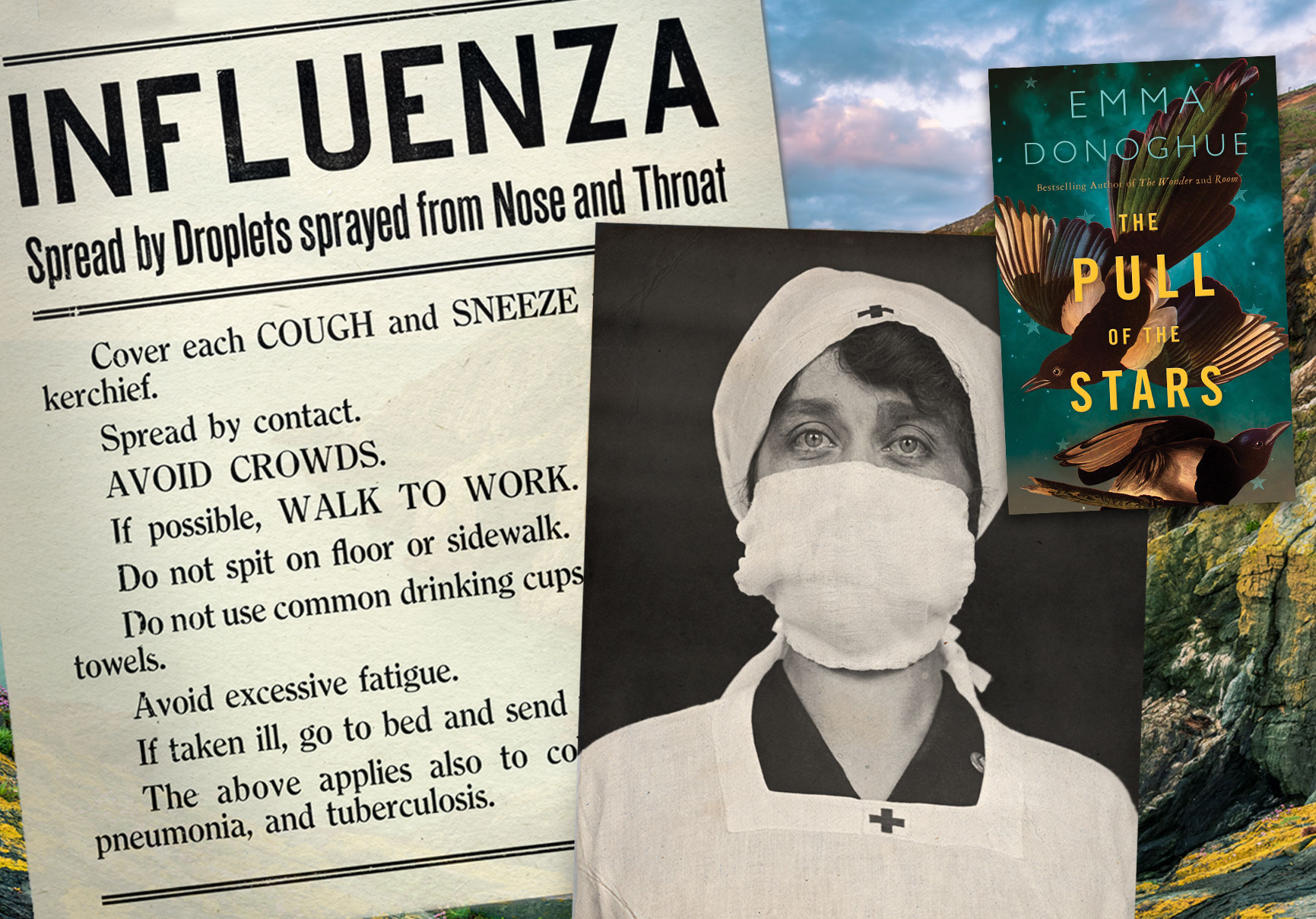 "The Room" author explains how her childbirth experience – and a lot of research – went into her latest novel about the 1918 flu epidemic at a Dublin hospital maternity ward. / BY Kim Honey / August 4th, 2020

Although she would never write a book this way, sometimes Emma Donoghue would like to begin at the end. The problem with talking about a new novel – in this case, The Pull of the Stars – so soon after publication is that no one wants to give away the denouement.

And reading the last 24 hours of The Pull of the Stars, which takes place over three days in a makeshift Dublin maternity ward during the 1918 flu pandemic, is like being struck by a meteor that leaves a crater in your heart.

“There are sections toward the end that we never get to really discuss because we don’t want spoilers,” Donoghue says in a telephone interview from her home in London, Ont., were she lives with her partner, Chris, and their two children, Finn, 16 and Una, 13. “It’s not as if the stuff at the front of the book is more important.”

Donoghue plots out her stories very carefully, saying she “dreams them all up first,” which allows her to leave details strewn throughout the story like crumbs for the reader to hoover up.

“It’s always a fine balance, sprinkling enough hints so when something happens, it feels right and inevitable to the reader, but not making it too obvious because some readers are much better at guessing things than others. Every time I drop a hint, I’m aware that there’s some really smart reader out there rolling their eyes and saying, ‘Oh, I see what’s happening.’”

The connection between the title and what’s happening on the page doesn’t make sense until the reader learns medieval Italians believed celestial bodies controlled the destinies of humans, and influenza got its name from influenza delle stelle, or the influence of the stars. Likewise, the chapter titles – Red, Brown, Blue and Black – are another thread that binds the book, although the meaning is not revealed until later.

Reading The Pull of the Stars during the COVID-19 pandemic evokes instant déjà vu as the protagonist, a nurse named Julia Power, travels to work at a hospital on a tram and hears a man cough on the bench behind her. “That ambiguous sound could be the start of a flu or a convalescent’s lingering symptom … but at the moment, this whole city was inclined to assume the worst, and no wonder.”

Julia passes a poster for a concert with “cancelled” stamped across it and one for a hurling competition that is “postponed for the duration.”

In a sad parallel, the North American première of the stage production of Room, Donoghue’s 2010 international bestseller about a five-year-old boy who has never been outside, was cancelled on March 13, its opening night. COVID-19 has also delayed production on The Wonder, the film adaptation of her 2016 novel about an English nurse sent to Ireland to investigate the case of a fasting girl.

In The Pull of the Stars, government exhortations to curb the spread of the flu are plastered all over the city and vex Julia, given their victim-blaming tenor. After reading one sign in the hospital’s bathroom that says, “Infection culls only the weakest of the herd. Eat an onion a day to keep illness at bay,” Julia dismisses it as “cruel absurdity.” Unlike the seasonal flu that strikes down the old and the sick, “this new flu was an uncanny plague, scything down swaths of men and women in the full bloom of their youth.”

As Donoghue says in her author’s note, the flu pandemic killed more people than the First World War, or an estimated three to six per cent of the world’s population. (Medical historians put the death toll between 20 million and 50 million.)

Donoghue began writing The Pull of the Stars in 2018, as she was finishing edits on her last novel, Akin. Inspired by the centenary of the 1918 Spanish flu epidemic, she came upon an odd fact in her research about how women in late pregnancy and after delivery were susceptible to the flu. She wondered where they would be treated, and it dawned on her that they couldn’t put a pregnant woman in a flu ward or a pregnant woman with the flu in a maternity ward. That’s how the little crossover ward at a Dublin hospital became the setting; when she imagined who would run the ward, nurse Julia Power – on the eve of her 30th birthday and no husband, let alone children, in sight – was conjured up to manage it.

It’s no surprise that Donoghue, who often writes about the intricacies of the lives of women, chose three female protagonists: the nurse, an untrained hospital helper named Bridie Sweeney and Dr. Kathleen Lynn, a real Dubliner who Donoghue describes as “a Protestant socialist, suffragette and republican firebrand.” In 1918, Lynn was vice-president and director of public health for Sinn Fein, the nationalist political party agitating for Irish independence from Britain. She is a symbol of Julia’s intellectual and feminist awakening, a mentor who is unmarried, living with a woman and thriving despite her ostracism from the medical establishment.

Since the story takes place in late October, just days before the end of the First World War on Nov. 11, it allowed the author to present a female-centric take on the Great War, which is usually seen through a male gaze in literature.

When Donoghue handed in the final draft in March, “I kind of look up, blinking, and think, ‘Oh, COVID, there’s a bit of a parallel there.’ It hadn’t even occurred to me until then.”

It prompted her to change one word. She had avoided using pandemic because it sounded too “exotic,” but after COVID-19 swept the world, she went back in and replaced epidemic with pandemic.

Then her U.S. publisher called. After suggesting they would delay publication until 2021 since they didn’t want to compete for coverage with the Nov. 3 U.S. presidential election, they decided to rush it into print, and the book came out four months later on July 21.

“My only worry was that people would think I was trying to make money off people’s grief,” she says. “At least it does feel more relevant to publish it now. I like the chance to bang on about doctors and nurses and hospital staff and how much they’re risking and how extraordinary they are to keep going at times like these.”

Because it’s 1918 in the book, obstetric medicine is incredibly gory. There are forceps that can crush a baby’s skull, saws that cut through pubic bones and even a live vein-to-vein blood donation. Add in shortages caused by the war and the pandemic, and women are sewn up with catgut and given pads fashioned out of muslin-covered moss.

An avowed fan of Grey’s Anatomy, Donoghue is not one of those people who would happily watch a live operation and sometimes has to avert her gaze when the characters on the TV series set in a Seattle hospital are up to their forearms in blood.

“A lot of things are more bearable when I’m reading them or writing them, but also it’s not visual. So it can still be very, very stomach-churning, but I just had a strong gut instinct about this novel,” she says. “Because it was about childbirth, I just had to commit to that and not look away.”

It’s set in Dublin because it’s the city where she was born, she knew it well and it allowed her to focus the pandemic story in one place and time. The vernacular, the politics and the references to Catholicism are very much drawn from her own experience and obviously from her research. The saying, “You don’t love him until you give him 12” refers to large Irish families and how women were baby machines; Indeed, one of Julia’s labouring women is pregnant with her 12th. It was a time when babies routinely died before, during or after childbirth; Dr. Lynn tells Julia the infant mortality rate is 15 per cent. Donoghue notes that mothers were often saved at the baby’s expense. “They had a very pragmatic focus on saving the mother to have more babies,” she says. “There are moment that are very Handmaid’s Tale-ish, aren’t there?”
In the author’s note, Donoghue thanks the midwives at Womancare and a doctor at the London Health Sciences Centre “for the babies you’ve caught and the mothers (me among them) you’ve saved.” When asked if she had a traumatic birth experience anything like those explained in the book, she offers that her first child, Finn, was born five weeks early after a tree fell on her house, crushed her porch and her car and “startled” her into labour. The birth went well, and she was “happy, happy,” when an obstetrical surgeon rushed in because she hadn’t delivered the placenta, putting her at risk for massive bleeding.

“Next thing I know she’s ripping my placenta out with her bare hands,” Donoghue exclaims, adding that she tucked the experience away and used it in this novel.

“I really wanted to put that instance into the book as a kind of nod to the potential dangers of childbirth,” she says. “Narratively it’s a gift, because it’s so unpredictable. Like someone can have three days of horror, and then suddenly all is well, and she’s walking around.”

The Pull of the Stars draws you into a world that is at once expansive and ever so small. Donoghue’s deft ability to climb up and down the ladder of abstraction allows her to reach great heights and heartbreaking lows. It offers the reader a universe to explore, shooting stars and all. 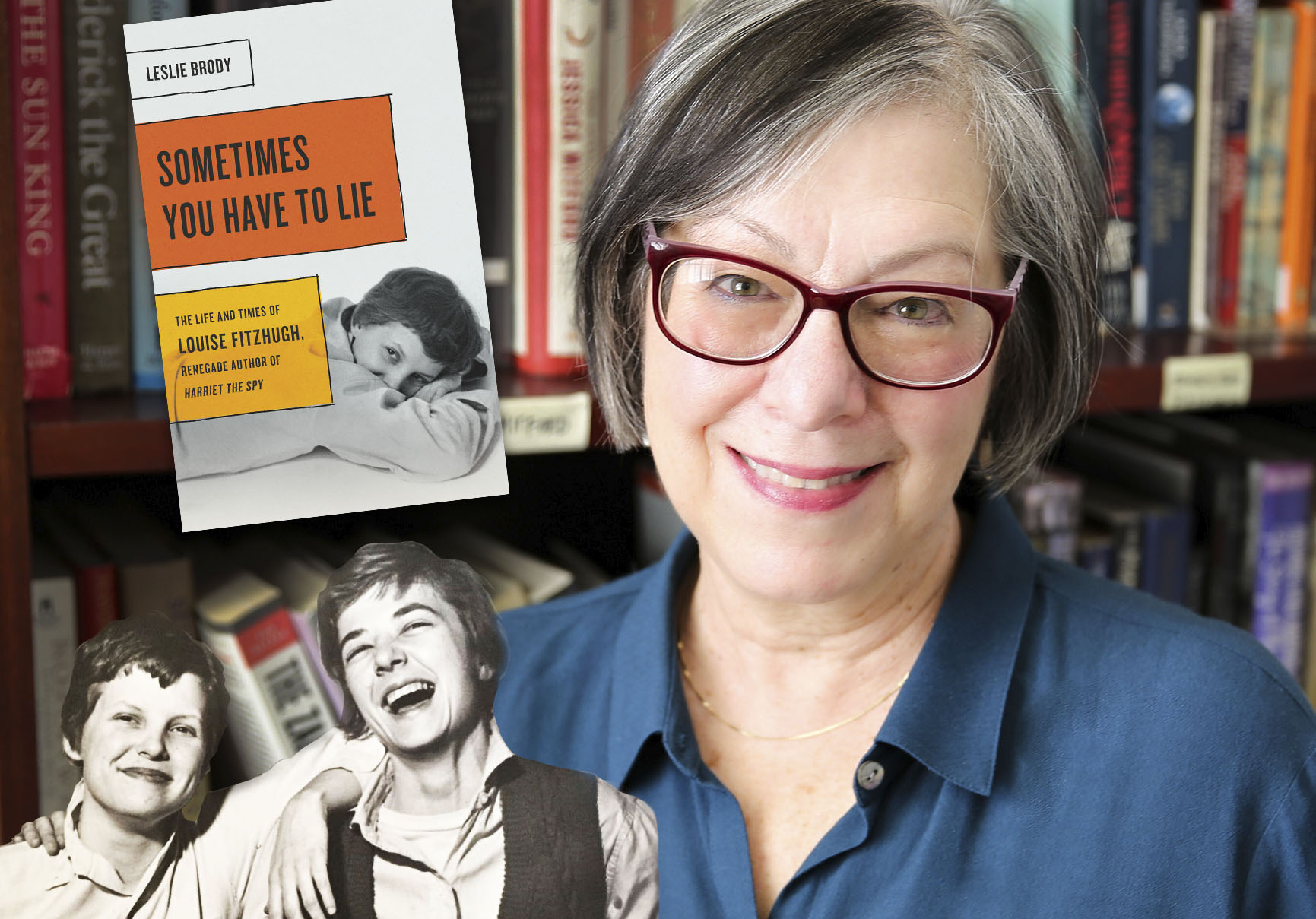 The Secret Life of Harriet the Spy’s CreatorIn a new biography of Harriet's creator Louise Fitzhugh, we learn how the antiracist, feminist lesbian created one of children’s literature most enduring antiheroines 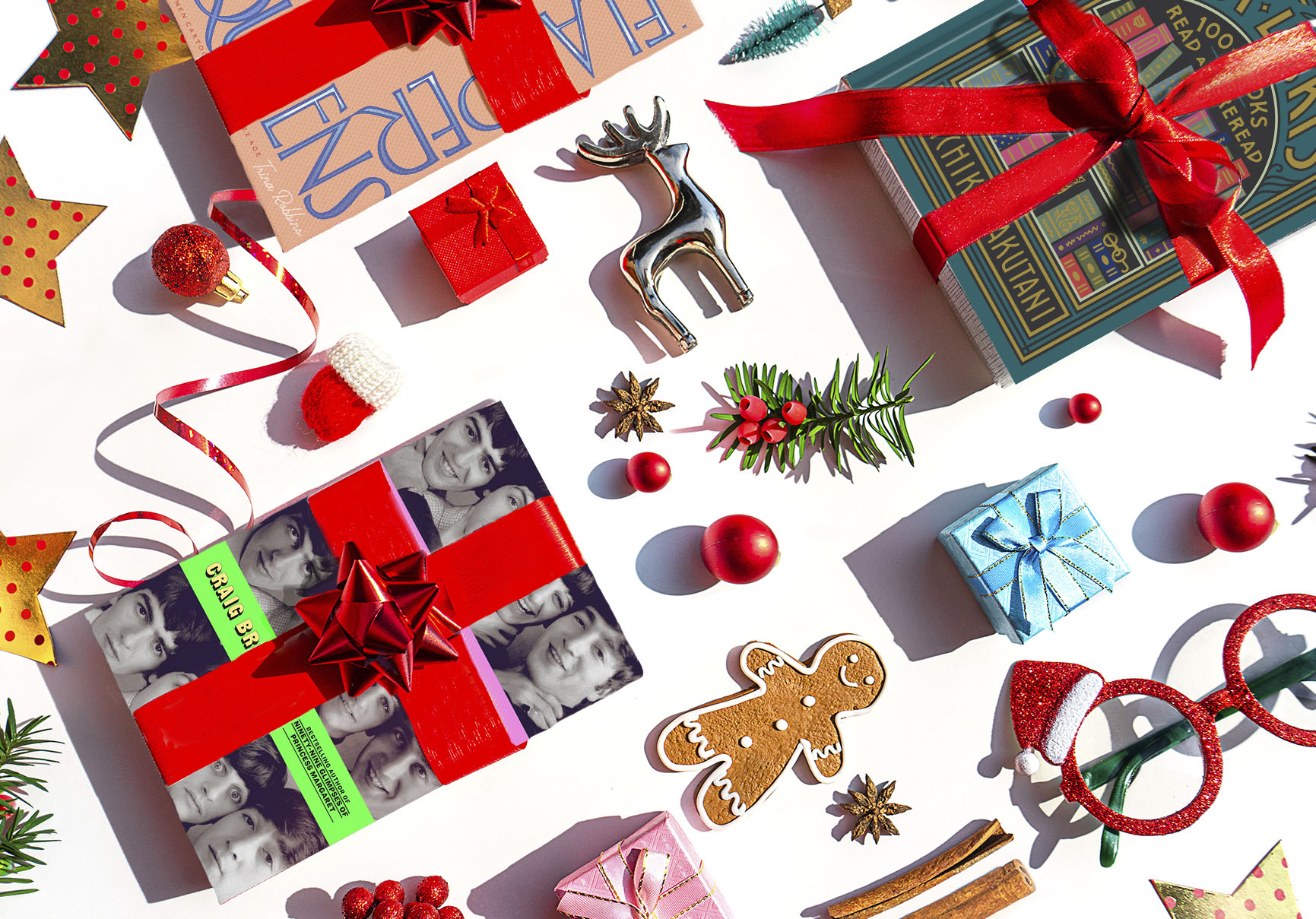 Holiday Books To Give and To GetZoomer’s resident book expert offers seven holiday-book gift guides to satisfy every reader on your list, from film buffs to bibliophiles 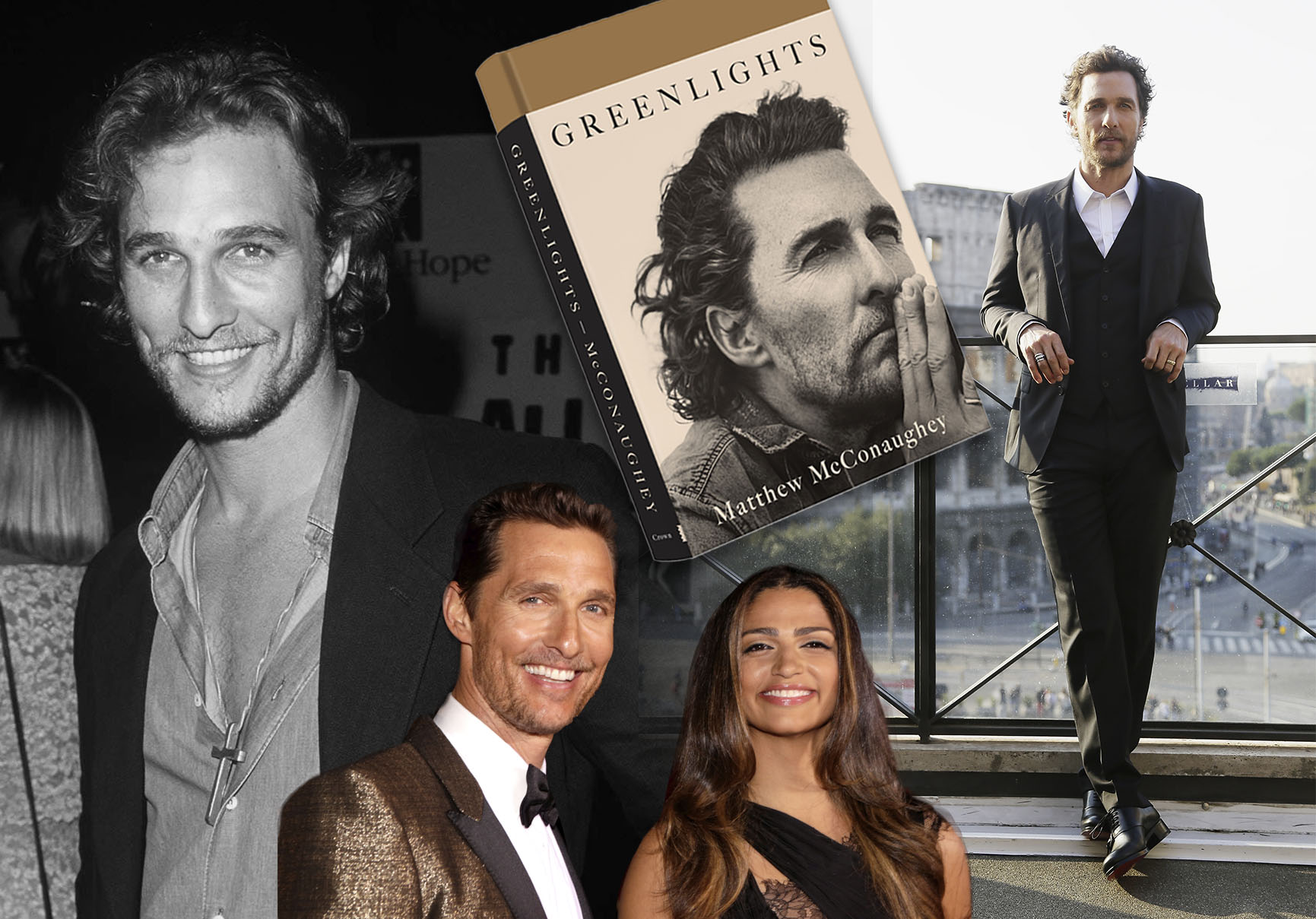 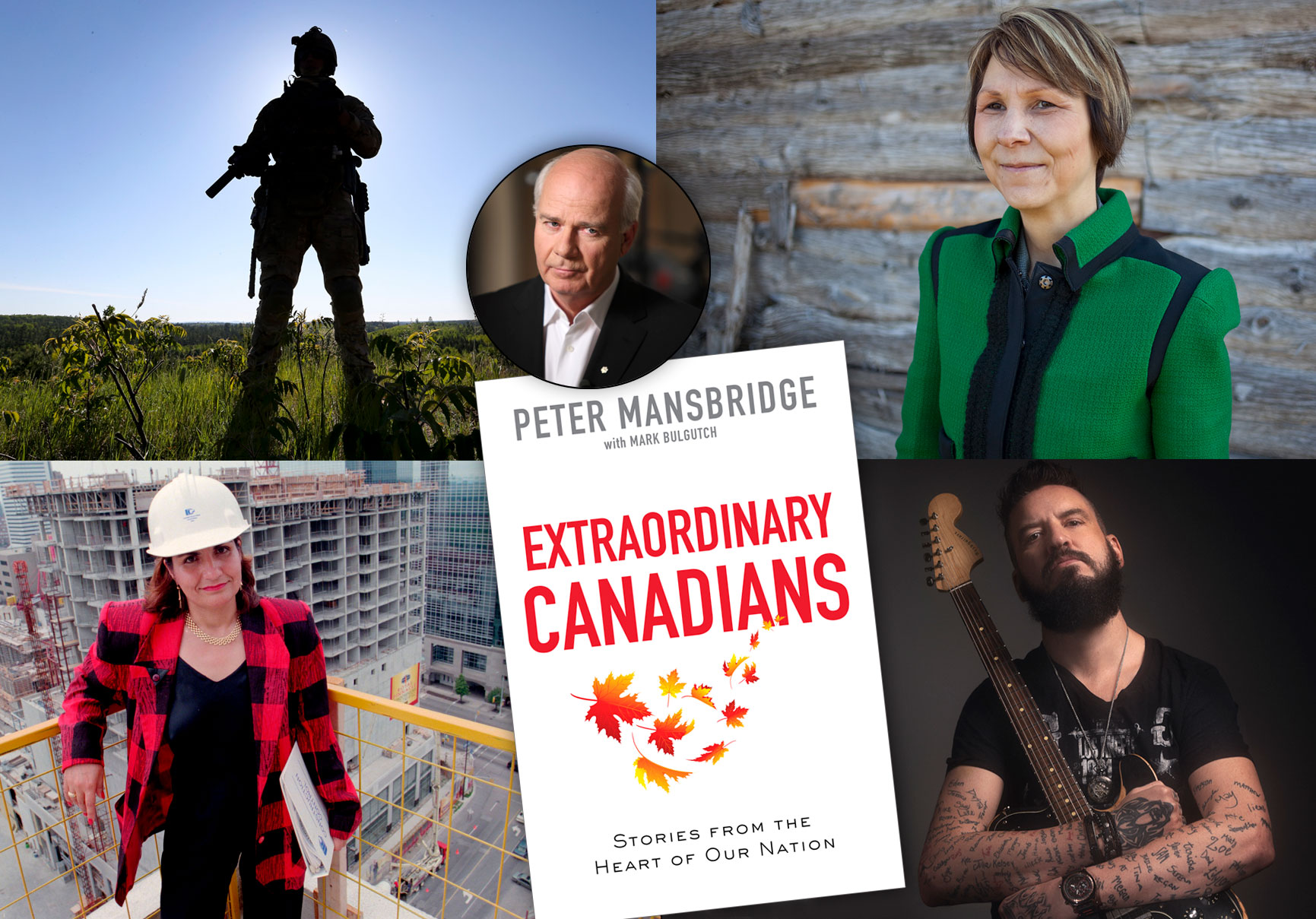 Extraordinary CanadiansPeter Mansbridge and co-author Mark Bulgutch delve into the lives of 17 everyday heros who are shaping the future of the country. 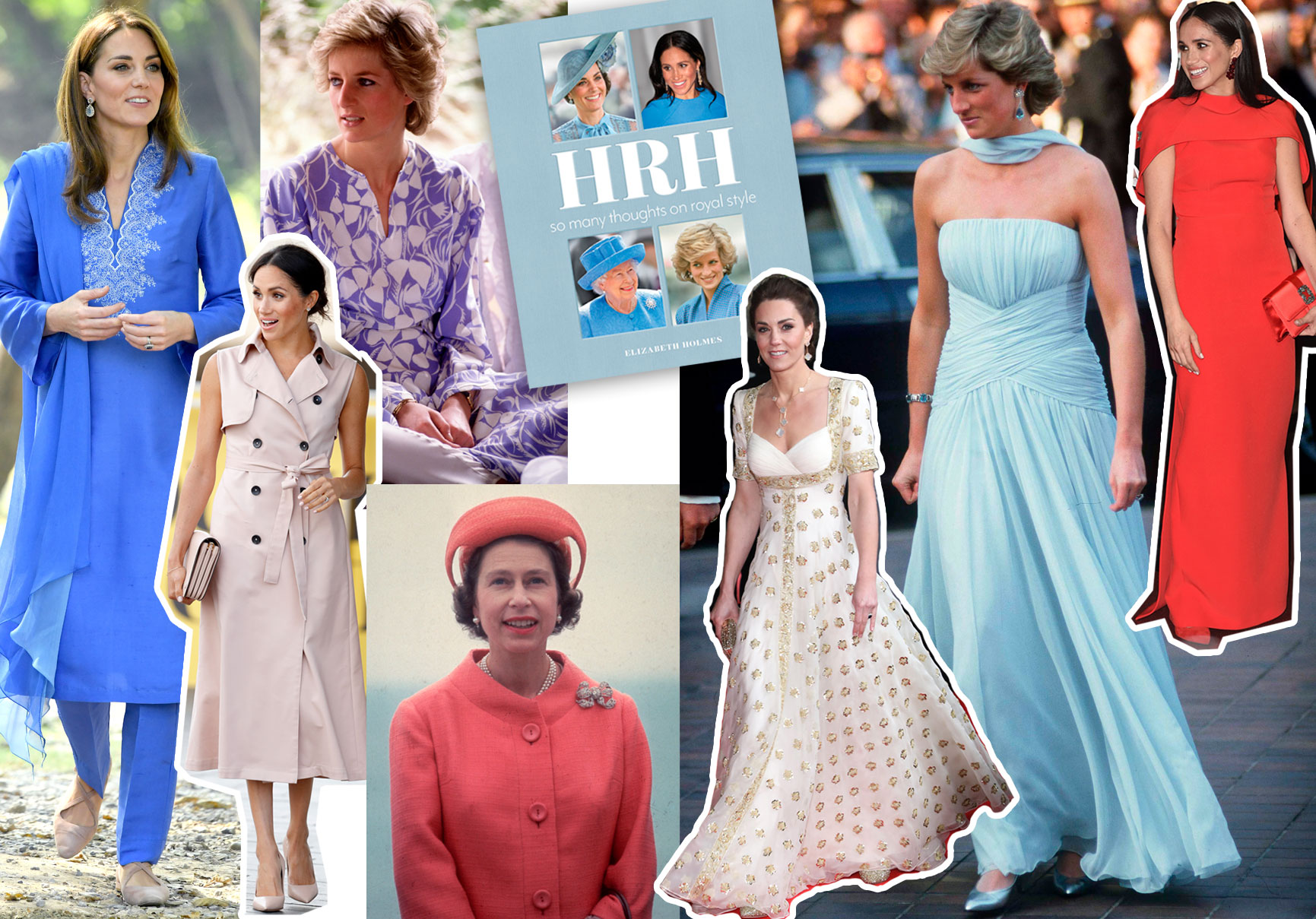