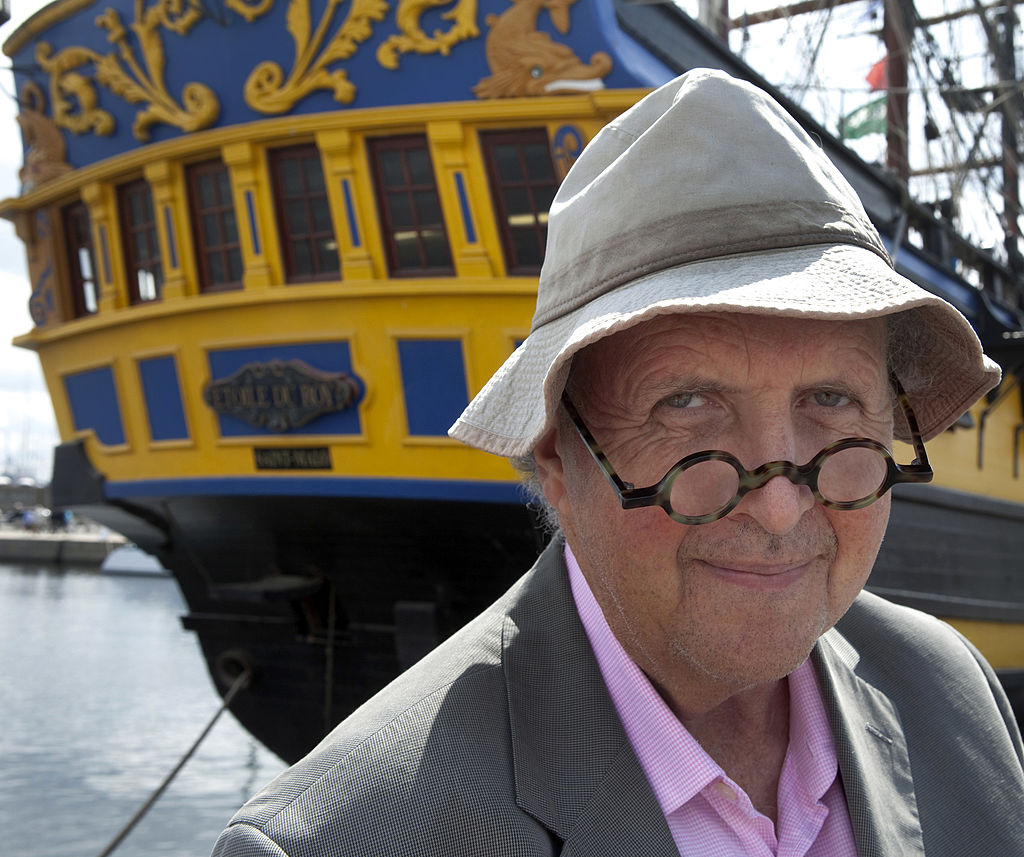 The Scottish author found real-life inspiration for the 21st instalment in the No. 1 Ladies' Detective Agency series through a sanctuary for orphaned pachyderms in his beloved Botswana / BY Judy Gerstel / November 26th, 2020

Conversations with Alexander McCall Smith are like slipping between the covers of his books, but instead of disarming fictional characters, you find the 72-year-old Scottish author himself, the embodiment of everything charming and generous about his novels.

Here’s an example of how gracious he is: following a fairly lengthy FaceTime conversation, I mistakenly redialled his private home number in Edinburgh. Realizing what I’d done, I ended the call immediately, but not before it rang. He called me shortly after, apologizing for being away from his phone and unable to take my call.

Anyone addicted to McCall Smith’s fiction — and there are millions of us in more than 60 countries — eagerly awaits the latest installment in one of his many series. What sticky situation will philosopher, wife and mother Isabel Dalhousie find herself in next? Will Swedish detective Ulf Varg ever find happiness and will his dog ever overcome his deafness? And what about precocious Bertie Pollock of Scotland Street? Those are only three of 13 series, so it’s easy to lose count.

The most beloved of all, and the one that started the McCall Smith juggernaut — if such a heavy-duty word can be applied to so gentle an undertaking— is the No. 1 Ladies’ Detective Agency series, set in Botswana. McCall Smith grew up in Bulawayo, the second-largest city in what was then the British colony of Southern Rhodesia, now Zimbabwe, where he attended the Christian Brothers College. At 18, he left to study at the University of Edinburgh, where he is now an emeritus professor of medical law. In the 1980s, he spent a year helping set up the law school at the University of Botswana, and fell in love with the country. His affection for Africa is equalled only by his passion for Scotland.

The first book of the series, the No. 1 Ladies’ Detective Agency, was published in Scotland 1998 when the author was 54. He’d already written several children’s books while working at the university.

In the 21st book in the series, How to Raise an Elephant, Mma Precious Ramotswe and her husband Mr. J.L.B. Matekoni, Mma Grace Rakutsi and her husband Phuti Radiphuti are all present and accounted for, along with other familiar characters. There’s a new addition, too, a neighbour to Mma Ramotswe, who is having marital issues. And there’s an orphaned baby elephant, along with plenty of humour and wisdom.

This being an Alexander McCall Smith novel, there’s a happy ending for all, including the pachyderm.

Beyond being an enjoyable and satisfying fictional escape, in which most people are kind and bad people are redeemed by being colourful, there is also the reality of the landscape and sky and life of Botswana — which is shown in the best possible light, of course.

“When I write about Botswana, I am writing about a world that does exist to an extent,” he said during our video call. “I’m creating a fictional world which one would hope has a relationship with reality. I don’t write about the problems they have.”

With democratic elections and the least corruption of any African state, Botswana is arguably the most stable and successful state on the continent. But there have been controversies, including friction over the ban on game hunting in 2014 and the reversal of that policy in 2019.

“Every country is a mixture of good and bad,” the author said. “My world is a slightly more affirmative world, but it’s philosophically justifiable.”

Every year until COVID-19 swept the globe, McCall Smith travelled to Botswana. On his last visit to the northern part of the country, he met a woman from Dallas who set up a sanctuary for elephants orphaned by poaching. “I was so touched and found it so moving, so positive.”

He’d intended to visit this year, but because of the pandemic lockdown, he met the elephants and their keepers during a satellite Zoom call instead.

The positive, affirmative take on life is a big part of what endears the author to his fans and readers.

“One of the things I’m very conscious of is that civility is really so important,” he says. “We’ve gone through a period where there’s incivility to others in public spaces. I find that distressing.”

One factor, he says, “is that we’re living in societies where there are certain tensions which accompany social change. The pace of life increased. We’ve become very rushed. People are pressured to work harder than in the past. There’s the dreadful phenomenon of a bad balance in our political discourse and social media has played a part. People feel they can be rude and abusive on social media as they do behind the wheel of a car. It’s a thoroughly toxic public atmosphere. It’s just appalling. People are fed up, they want civility, a courteous exchange of ideas.”

These hard times are also a reason for more humour, he says.

“I’m enjoying having humorous bits in the book a bit more than in the past. I feel that we need humour in dark times, that we’re living through quite a difficult year and I think we’re also generally losing our humour.”

Is he getting more pensive as he ages? The new book touches on how we remember loved ones who have died and how they stay with us.

“I do enjoy having these passages where people talk about the big subjects. But you’ve got to be a little careful. (Readers) want action, not too much thinking.”

McCall Smith says the pandemic lockdown, with no book tours or literary festivals, has given him more time for writing. He writes about 1,000 words an hour for about three hours a day, even when travelling, and completes four books a year.

It only becomes hard work “when I’m writing something when I have a deadline and I have to write it. I have to concentrate when I might want to go off and read something.”

At 72, McCall Smith may find the world around him in some distress, but he is content with what age brings.

“It changes one’s understanding with the world. One becomes more tolerant of people as you get older. You see more, because you’ve experienced more.

“I find that I enjoy life more with every year that goes by. Life seems to improve. I find more delight in the world.”

As for this gloomy moment, he says, “one of the reasons this year is so trying is that everything is happening at the same time.” He’s referring, of course, not only to the worldwide pandemic with its grim statistics, lockdowns and economic devastation, but also to the political divisiveness in the U.S. and the Brexit turmoil in Britain. “Our politics are fraught and complex,” he says.

“People in Scotland probably feel much the same way as many people in Canada. You just want to get on with life and wish we would have a period of peace and prosperity.”

In the meantime, until we reach that happy place, there is the unadulterated pleasure of reading a new book by Alexander McCall Smith.

How to Raise an Elephant was published Nov. 24 by Penguin Random House. 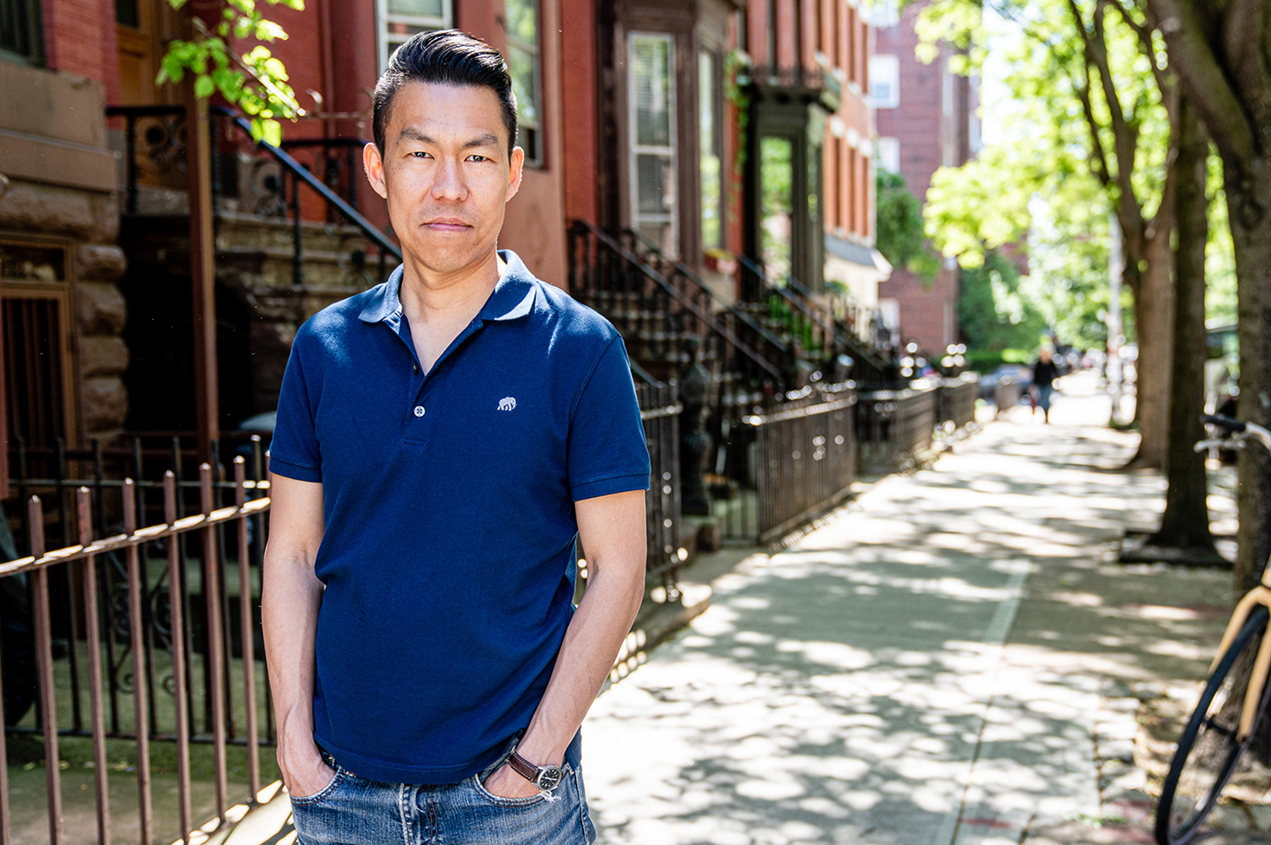 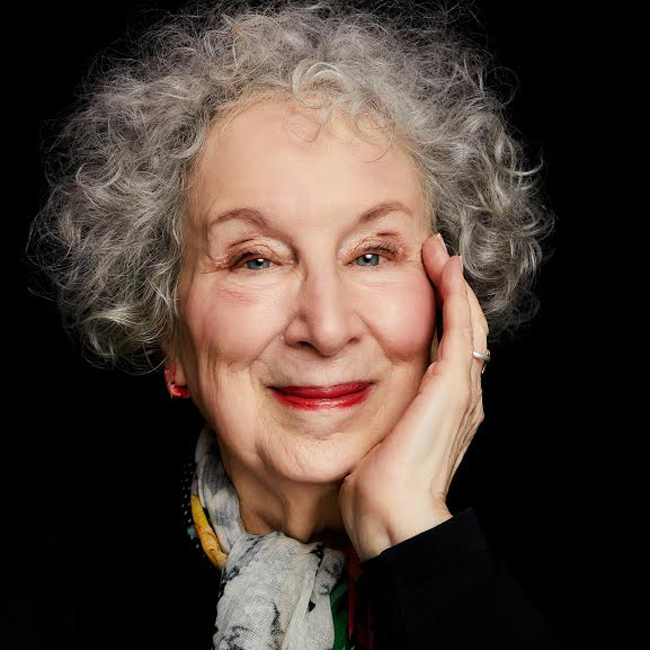 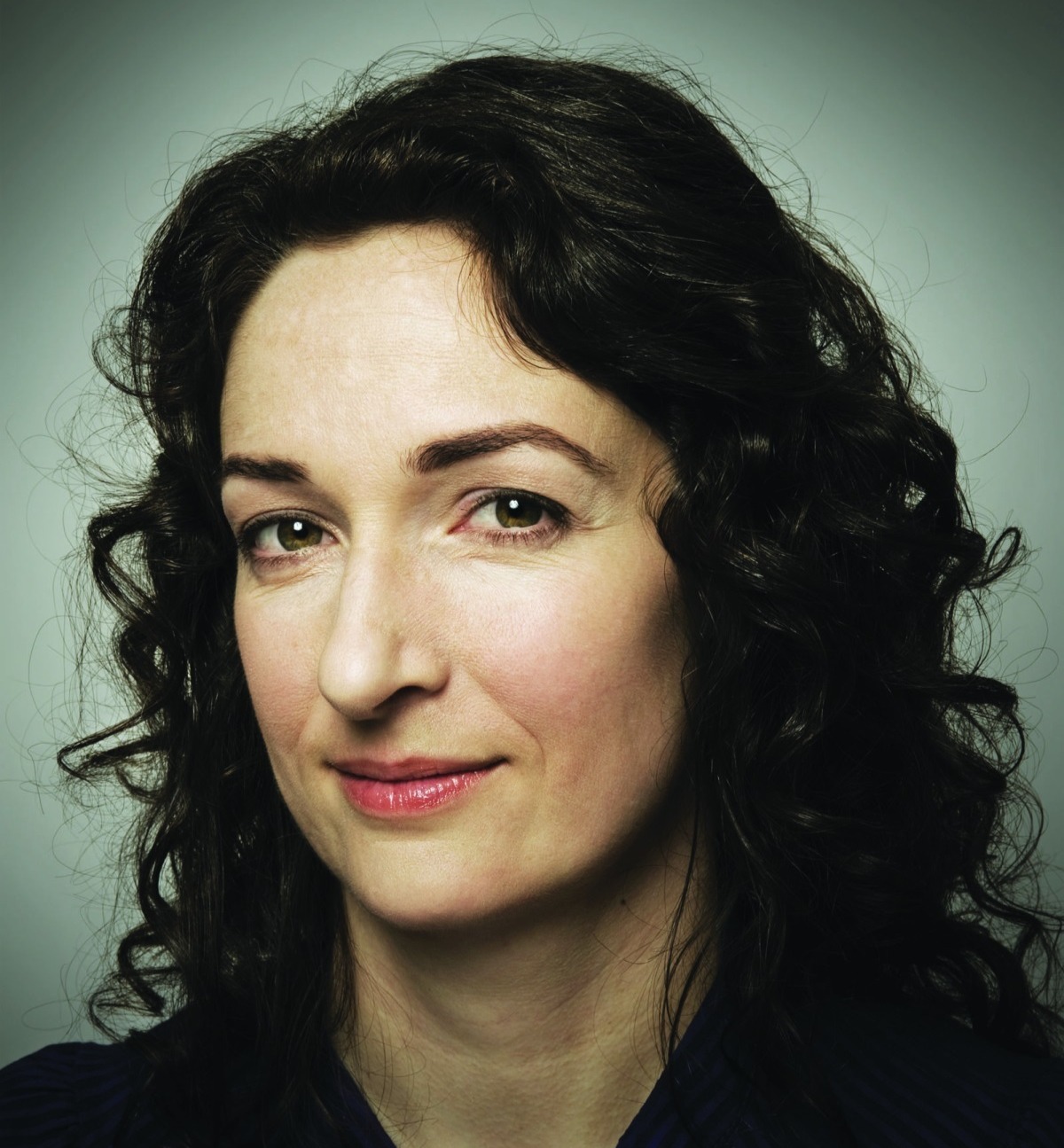 B.C. Author Annabel Lyon on Her New Novel ConsentThe genesis of her thriller comes from Dostoevsky, McQueen and Bauby 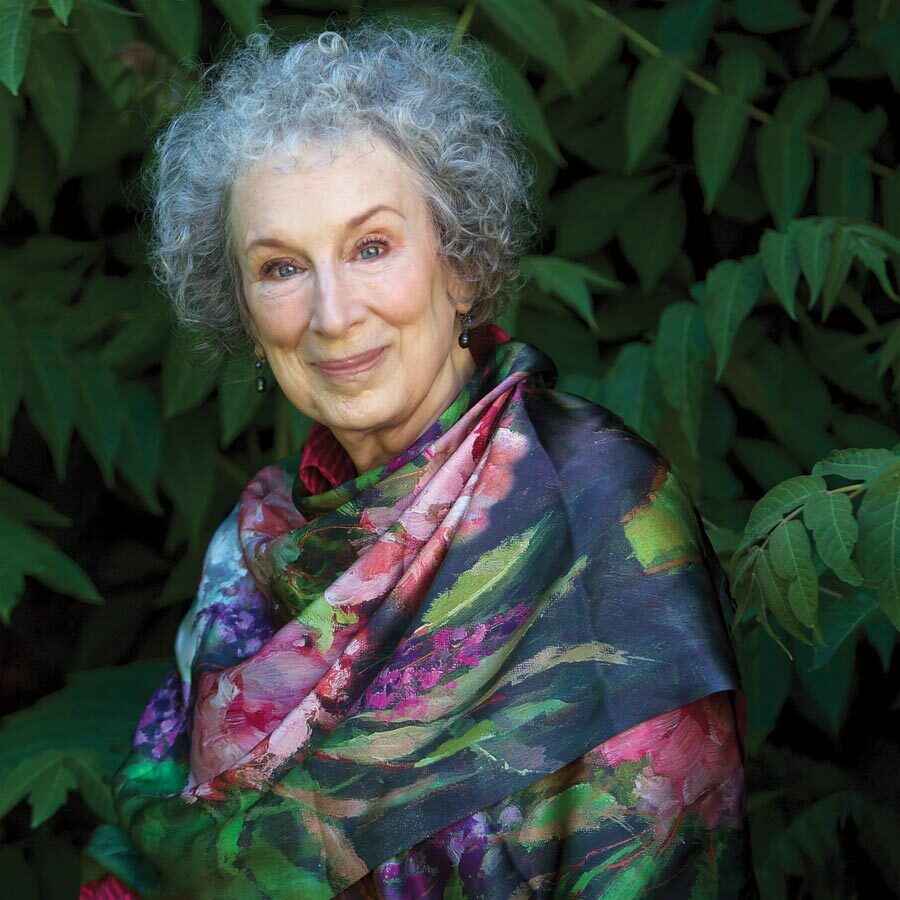 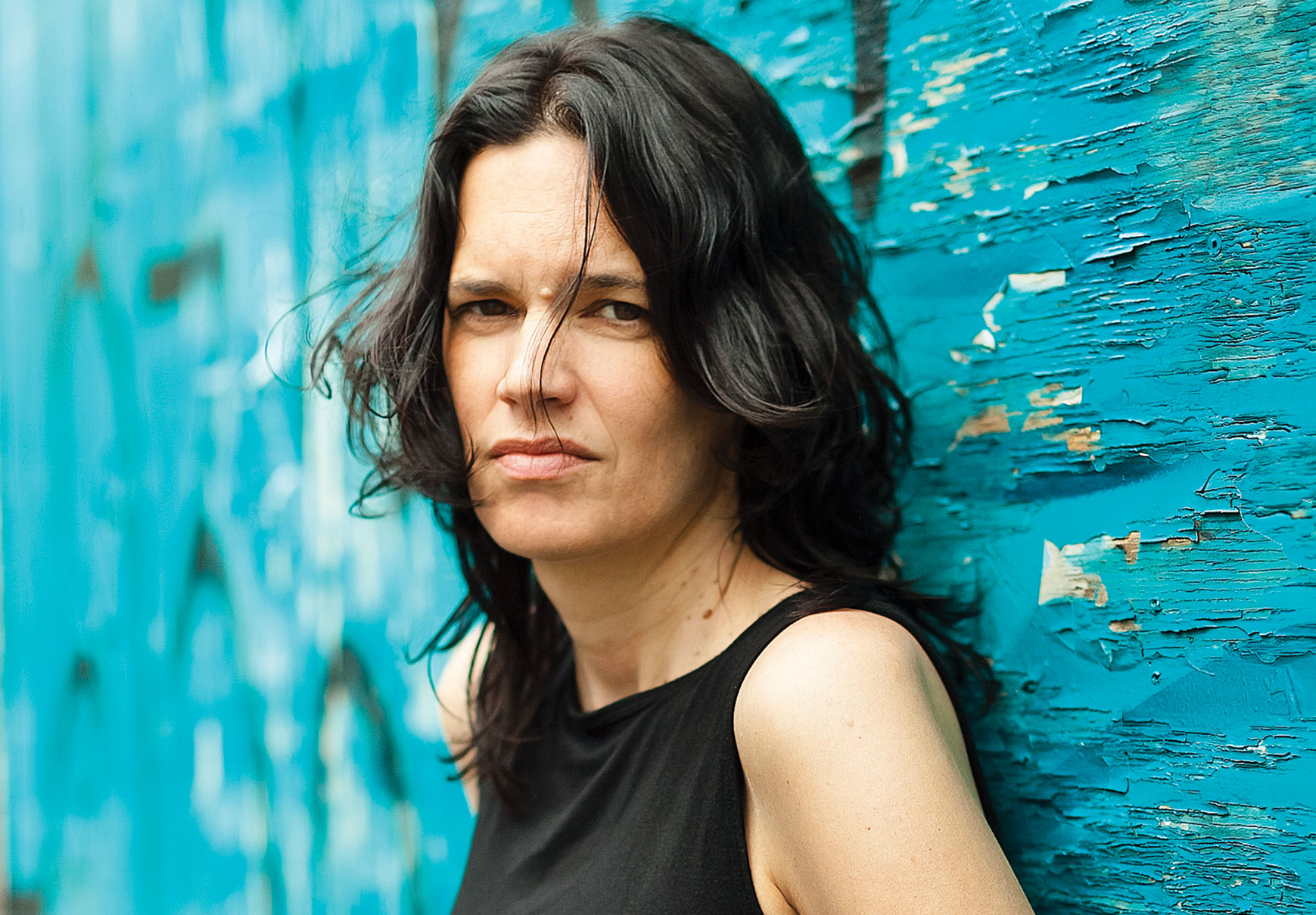