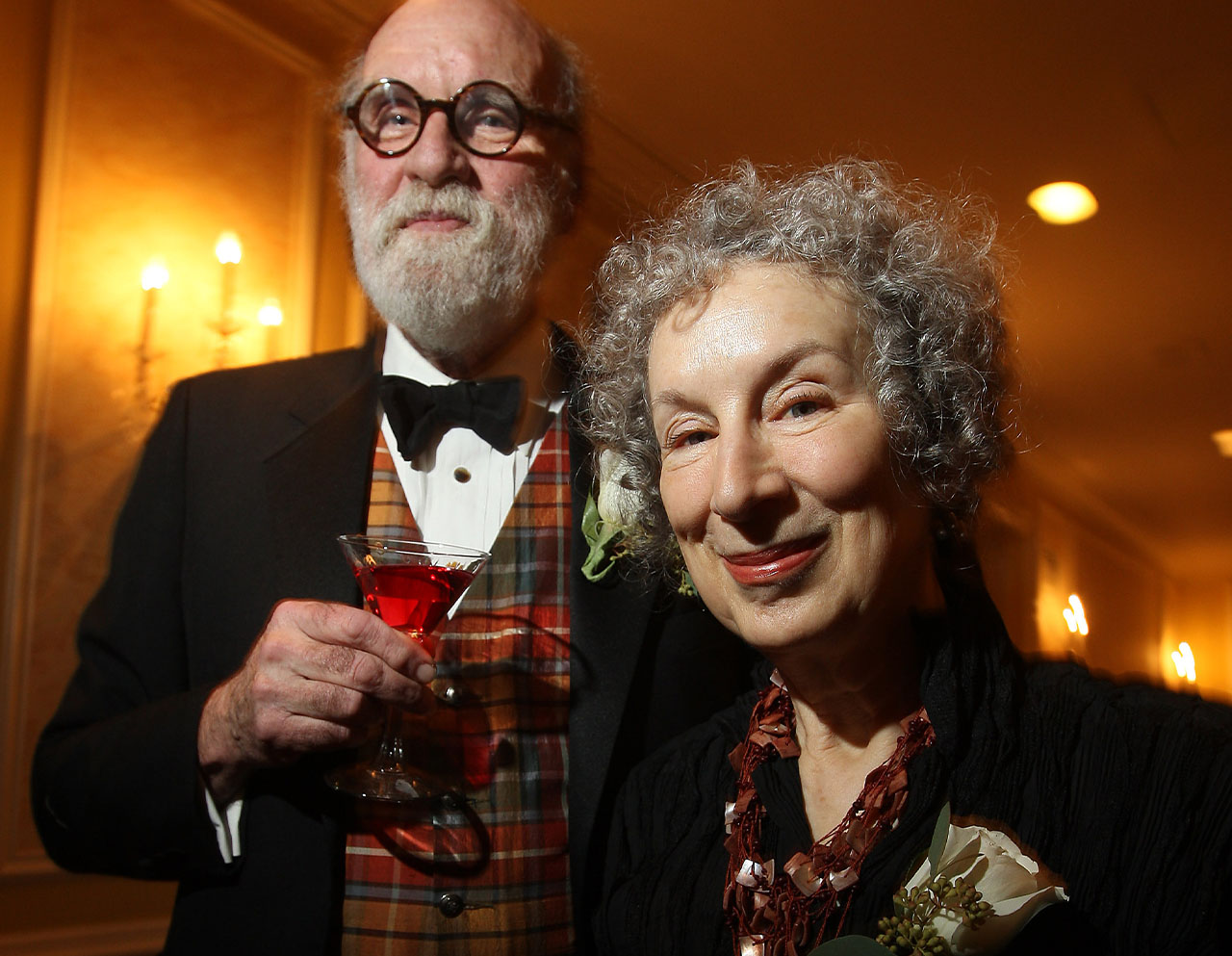 Margaret Atwood and Graeme Gibson were among a group of renowned writer's who created the Writers' Trust of Canada. Photo: Steve Russell/Toronto Star via Getty Images

The Writers’ Trust of Canada is renaming its annual fiction award in honour of co-founders Margaret Atwood and Graeme Gibson.

In a news release Wednesday, organizers announced that the prestigious honour, which has been awarded to the author of the best novel or short story collection of the year since 1997, will now be known as the Atwood Gibson Writers’ Trust Fiction Prize.

“The WritersTrust is the quiet giant of Canadian literature and Graeme Gibson and I often marvelled at how far it had come over the years,” Margaret Atwood said in a statement. “We knew the role a major prize could have on a writer’s confidence and career, not to mention their bank account.”

Atwood and Gibson, who were partners for more than 50 years before Gibson’s death in 2019, were among the literary powerhouses who co-founded the Writers’ Trust in 1976.

Fellow co-founder of the trust and renowned playwright David Young called the renaming of the award and increase in prize funds “fantastic news for Canadian writers.”

“Margaret and Graeme lit the founding fire that brought the Writers’ Trust into being so many years ago. This prize is a perfect way to commemorate their vision and commitment to the broad ecosystem of our literary culture,” he said in a statement.

The Writers’ Trust of Canada gives out seven prizes in recognition of the year’s best in fiction, nonfiction and short story and supports Canadian writers through literary fellowships, financial grants and mentorships.

Gibson, a noted conservationist who authored seven books in both fiction and non-fiction, also co-founded the Writers’ Union of Canada and served as president of PEN Canada.

Atwood, one of Canada’s most celebrated writers and a two time Booker Prize winner, also acknowledged the renaming on Twitter, musing about how she might up the theatrics when she awards the first $60,000 prize in November.

“Graeme would be pleased. He and David Young did the uphill work on the Trust, then Jack McClelland at first,” she tweeted. “Should I dress up like the Blue Fairy to present the first one?”