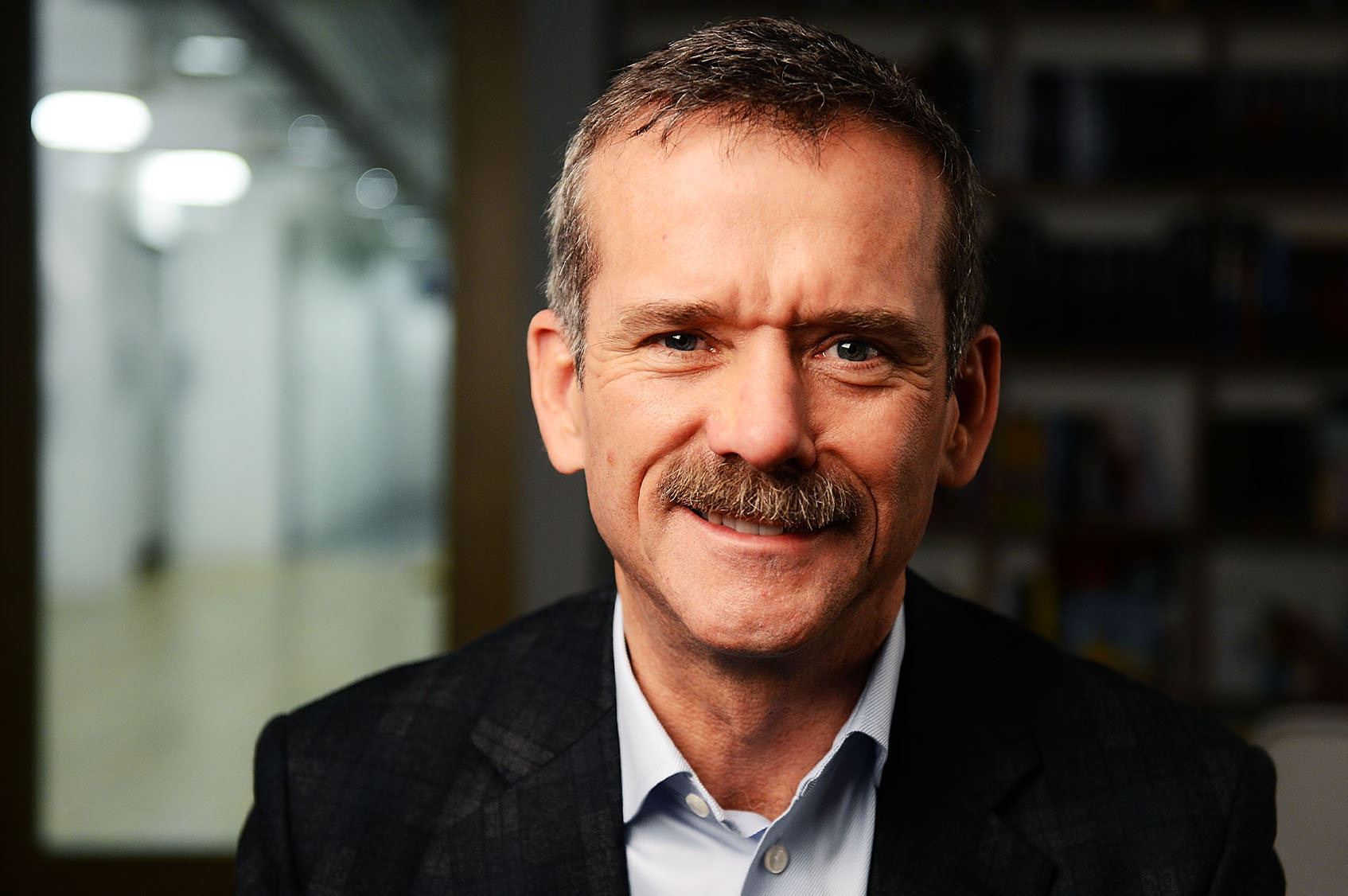 Former astronaut Chris Hadfield on the Live From Space link-up to the International Space Station in London in 2014. Photo: Dave J. Hogan/Getty Images

Commander Chris Hadfield, Canada’s favourite astronaut, is writing a Cold War thriller set in the ‘70s space race between the former Soviet Union and the United States, featuring a fictional Apollo 18 mission to the moon.

It’s 1973, and three American astronauts are on board the tiny space module, trying to stay one step ahead of the Russians, who are also bent on recovering “a secret bounty hidden away on the Moon’s surface,” according to the publisher’s précis.

As the Cold War rivalries play out back on Earth, a flight controller in Houston does all he can to keep the crew together, but one of the astronauts is focused on homicide.

The Apollo Murders, which will be published Oct. 21 by Penguin Random House Canada, “is everything I love – high tech adventure, international intrigue, wicked danger far from home, people pushed to their limit, constant surprise – all happening in outer space at a pivotal moment in history,” Hadfield says in a press release.

“I’ve written the book firmly based in the little-known reality of the Cold War and the Space Race, and then let the story run away with the possibilities.” Hadfield, 61, the first Canadian commander of the International Space Station, is an international bestselling author for his 2014 pictorial essay You Are Here: Around the World in 92 Minutes, his 2015 memoir An Astronaut’s Guide to Life on Earth and his 2018 children’s book, The Darkest Dark. The Apollo Murders is likely to be a stratospheric success, with simultaneous publication planned for Canada, the U.S. and the U.K.

The book will draw on Hadfield’s experiences in zero gravity, but whether any Apollo 18 crew members will play the guitar and sing remains to be seen. Hadfield, of course, is famed for his 2013 YouTube tribute to Space Oddity crooner David Bowie, recorded on board the International Space Station, which has racked up almost 50 million views.

He can, of course, describe from memory the G-force of take-off, the vastness of space, and the nerve-wracking feeling of floating outside a spacecraft as it orbits the Earth at 27,000 kilometres an hour, just as he did in 2001 when he became the first Canadian to perform a spacewalk as an ISS mission specialist installing the Canadarm. On two walks Hadfield spent almost 15 hours outside, travelling around the world 10 times.

““Chris Hadfield brings intense discipline, curiosity and passion to his life and his work, and his experience and breadth of knowledge about space and the Space Race is staggering,” says his long-time editor, Anne Collins. “Combine all that with his love of thrillers and space fiction, and the result is an extraordinary joy ride of a book that illuminates as much as it terrifies!”