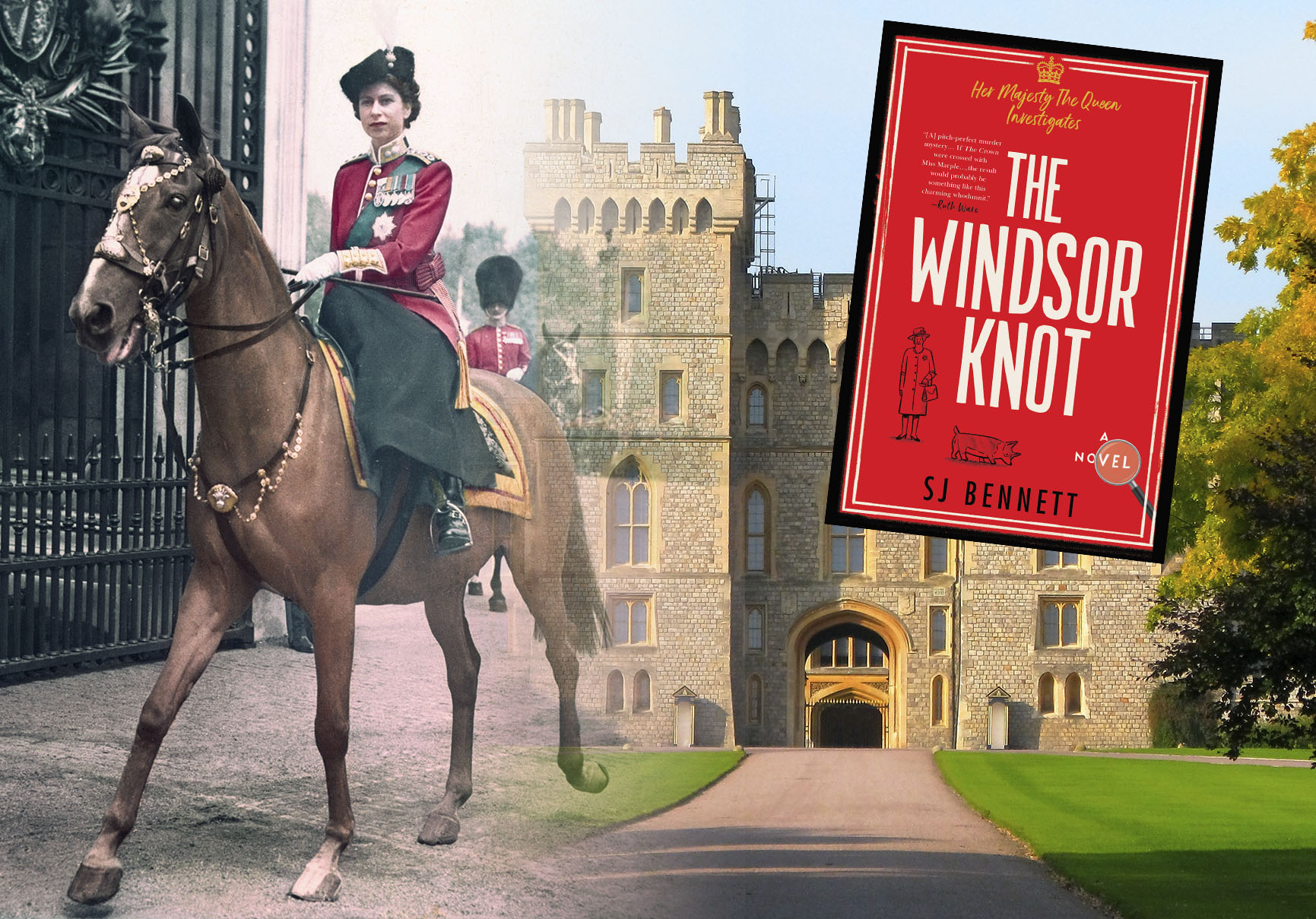 Just when it seems the British royal family has reached peak cultural saturation, Queen Elizabeth II is a central character in yet another new series.This time the monarch moonlights as an intrepid amateur sleuth in a light-hearted delight called The Windsor Knot, the first book in Sophia Bennett’s winsome new mystery series (with a plummy audiobook read by actress Samantha Bond). Speaking with British author from her home in London shortly after publication, we agree that it’s an interesting time to be talking about a book that explores the inner workings of the monarchy, given the debate over the latest season of The Crown and the rehashing of Oprah’s tell-all interview with Meghan and Harry. “Interesting in a way that the Queen would really, really not want it to be interesting,” Bennett says ruefully.

The author’s fascination with Her Majesty dates back to 1977, when at the age of 11 she was given a copy of Robb and Ann Edwards The Queen’s Clothes. “It really alerted me to what ultimately fed into the series 40 years later. [Her life] looks privileged and glamorous – and it is – but it’s also deeply complicated,” she recalls. “And with every bit of money and glamour comes a restriction. The interplay between those things just blows my mind.” Bennett, who has a PhD in Italian literature on how politics and culture intersect in early 20th-century writers, grew up reading Dorothy Sayers and PD James, so her decades as a royal watcher and her passions make ideal partners in crime.

How It All Began

As the title suggests, the book takes place while the Queen is in residence at Windsor Castle, her beloved residence where young “Lilibet” weathered the Blitz with sister Margaret. It’s set in spring 2016, a few months before the Brexit referendum and just before Prince Philip’s retirement from public life. Bennett chose the recent past deliberately. “I find that one of the things that really interests me about the Queen is just how she’s managed to navigate her life up to now. It’s extraordinary. And we’re now seeing how complicated that is,” she adds. “So I wanted to portray her as an old woman and then go back in time and do earlier decades later on.”

In Praise of Older Women

The Queen in these pages comes across as sharp and kind, a person who is respected but not taken all that seriously by the men around her (whether they are private secretaries or the director general of MI5). Writing about an 89-year-old woman who is underestimated intrigued Bennett. “I think the series has become a bit of a meditation on older women,” she explains, now that’s she’s finished the second instalment of four books, which will be published in the U.K. in November and North America in March 2022. “I’m 54, so I’m reaching that stage where my hair’s starting to go grey and, you know, that thing about increasing invisibility. My attention perks up when an actress says she’s not getting decent roles any more, because I think ‘but you have so much more to give than you did before!’”

“This book is a work of fiction,” reads the small print on The Windsor Knot’s copyright page. “References to real people, events, establishments, organizations, or locales are intended only to provide a sense of authenticity, and are used fictitiously. All other characters, and all incidents and dialogue, are drawn from the author’s imagination and are not to be construed as real.”

It’s the standard disclaimer for novels. But recently, following concerns about the historical inaccuracies in season four of The Crown, UK culture secretary Oliver Dowden urged the production to add a similar disclaimer to its episodes, as did historian and royal expert Hugo Vickers, who discussed his latest book about fact-checking The Crown with Zoomer magazine last winter. Netflix, for its part, has ‘no plans’ to add any caveats.

“Public figures I will put in the book, but anyone who is private I won’t,” Bennett explains. “This disclaimer is really true. I really don’t put real people in.” Because of the demands of royal duties, the Queen solves crimes with the help of Rozie Oshodi, her resourceful — and entirely fictional — assistant private secretary. Bennett is among those who think The Crown’s imaginings merit a similar note. “I think a whole generation is growing up thinking that particular scenes happened. Because some scenes did and then other scenes shot with the same actors in the same clothes didn’t.”

Bennett says the distinction between fact and fanciful fiction in her novels is clear. “I’m writing murder mysteries, so if I’m writing about the Queen sitting up in bed working out who did it, I’m so clearly making that up.” She feels The Crown creator Peter Morgan is commenting on politics and society in a grand way. “He’s trying to do his own take on the 20th century through the mouths of the real people who were there. Personally, I think that’s very dangerous … I feel I could take Peter Morgan on in terms of accuracy. I’d feel quite comfortable with that!”

While there are writers, royal advisors and entire research teams working on The Crown, the author meticulously reconstructs the historical timelines of the intricate plot herself — albeit with a little help from Horse & Hound magazine and  the Court Circular, an online record of the Royal family’s past engagements.  Fitting her majesty’s imagined crime-solving inquiries around her public duties had to be precise. “I had a spreadsheet going of everything that was happening in real life from the Court Circular and everything that I needed to happen in the murder.” No creative deviation from the official engagements diary was necessary. “If she did something officially, she did it —and she wore what it says she wore.”

Embellished dramas inspired by true events that deviate from established fact are not without precedent on screen, with prestige series such as Wolf Hall and Victoria or features like Mrs. Brown and The King’s Speech. Fanciful imaginings on the shelf are scarcer. In historian William Kuhn’s charming Mrs. Queen Takes the Train, for example, the monarch slips away, incognito, on an impromptu day trip that causes her staff no end of chaos. And in the 1990s, the Arthur Ellis Award-winning Her Majesty Investigates trilogy by Canada’s own C.C. Benison, the nom de plume of Winnipeg journalist Doug Whiteway, similarly featured the Queen as a blue-blooded gumshoe.

The issue of creative license about the House of Windsor promises to heat up as The Crown covers the 1990s and Spencer, a movie about Princess Diana set in the early 1990s, is released. As star Kristen Stewart told Jimmy Kimmel, the interpretive biopic will be “a dive inside an emotional imagining of who Diana was at a pivotal turning point in her life.”

“The Queen that I’m writing about, the Queen that I know, the Queen that my parents have met, has an enormous sense of fun and is really quick to smile,” the author says. In the novel’s book club notes, Bennett says her father, in the course of a long career in the British army, has met the Queen several times: he’s hosted her at the Tower of London, had cocktails on the Royal Yacht Britannia and awarded medals at Buckingham Palace. “The woman my father knows is funny, engaged, well-informed and good company. And more than 20 years ago, Bennett had a job interview with the Queen’s Private Secretary for the role of assistant private secretary.

Her book is a credible version of the monarch’s inner monologue, one that shows decorum and shrewd judgment even behind closed doors — yet with warmth and sly wit. “There are so many pictures of her laughing,” she adds. “And I think that’s how she’s survived the last 90 years.” The lifetime of self-sacrifice to country and duty is underlined as well, and at one point Bennett reminds readers how, as a little girl, Princess Elizabeth said she wanted to be “a lady in the country, with animals” when she grew up.

Long May She Reign

Before creating this high-concept royal fiction, Bennett was already an established author of novels for middle graders. Now that the series has successfully sold internationally (as we spoke it was coming out in Italy and India), she has a wealth of ideas for future capers. “I’m just reading about [bestselling U.S. crime writer] Donna Leon and she’s on her 30th Brunetti [book] and I think those are the footsteps I want to follow in.”

Bennett sees the series as a series of quartets. The American election and Brexit referendum feature heavily in the first four (set back to back in 2016 and 2017), and in subsequent groupings she plans to rewind to the 1950s, and set at least one in the United States around horses, because the Queen loves racing. “A kind of Dick Francis set in Virginia or Kentucky — I’m imagining the Ronald Regan years, maybe.” She also plans to write one about the Queen on Britannia in Canada, so fingers crossed it’s the big 1959 royal tour when they visited all 10 provinces.

In the meantime, Bennett has dispatched a copy of The Windsor Knot to Buckingham Palace to an assistant private secretary who acknowledged receipt. She knows a few people in the royal household, “so there are about four to five copies that have got within very close to her, should she choose to read one.” Whether the Queen ever does is a mystery only Her Majesty can solve.

The Crown: Everything You Need to Know Ahead of the Season 4 Premiere 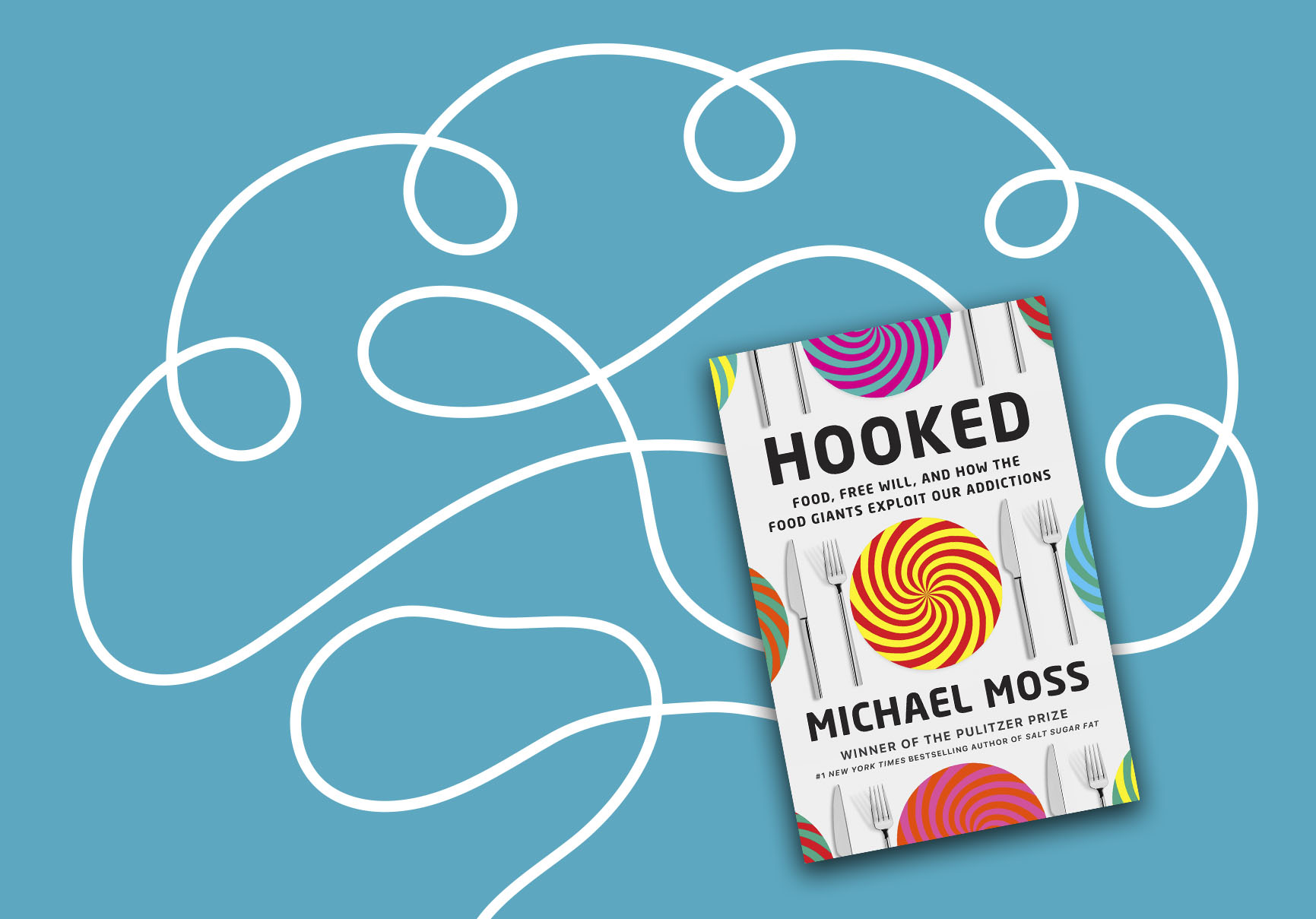 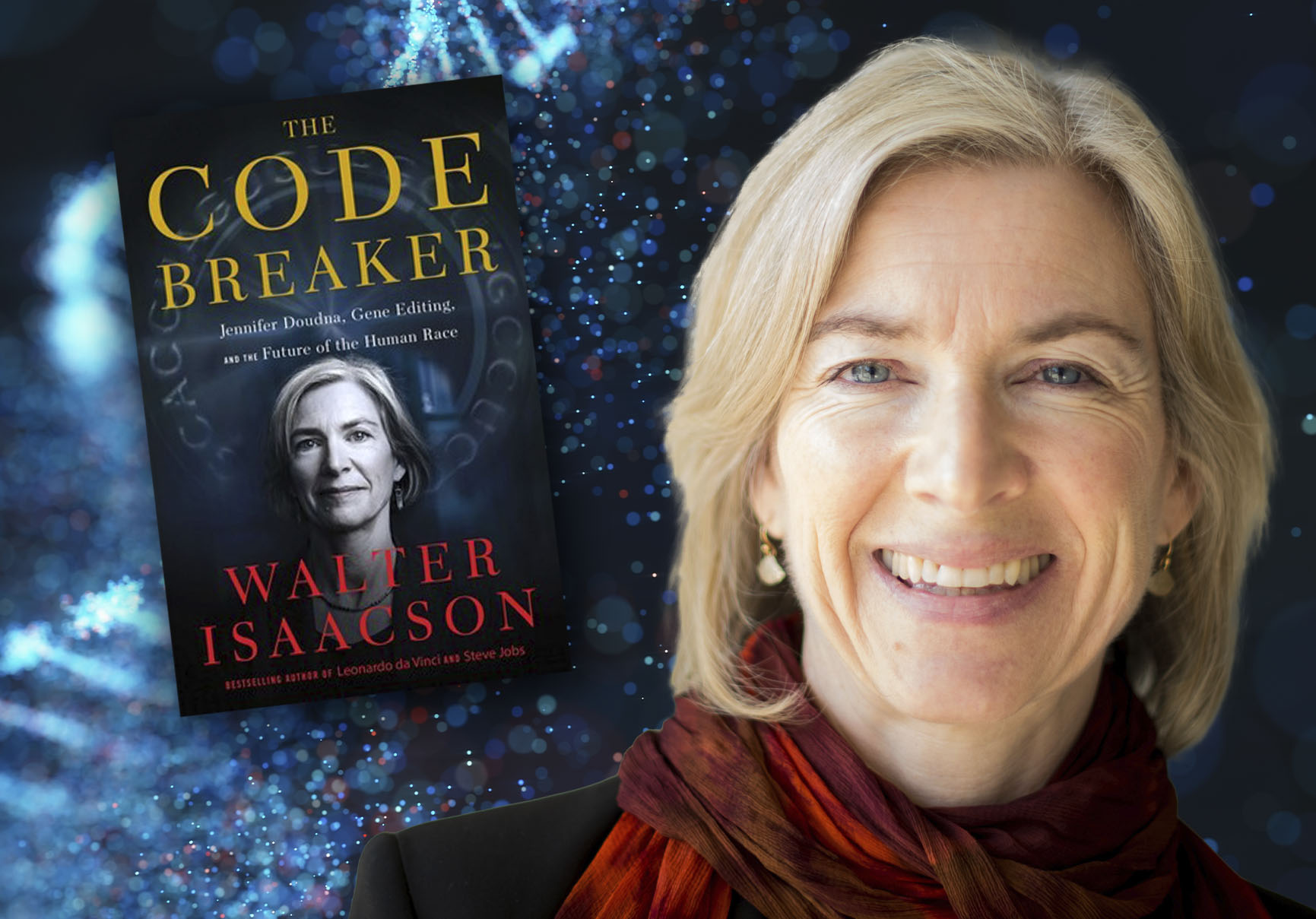 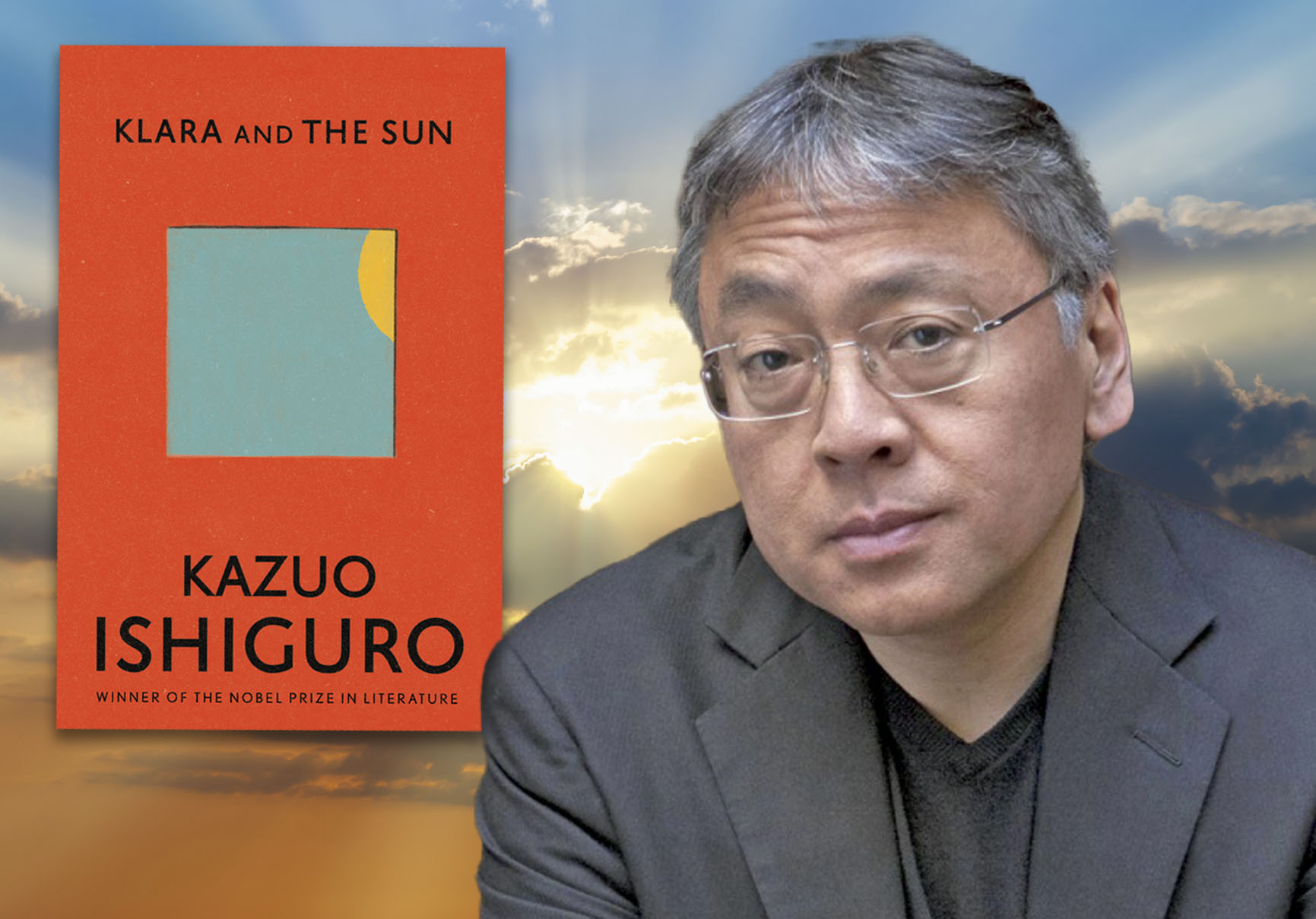 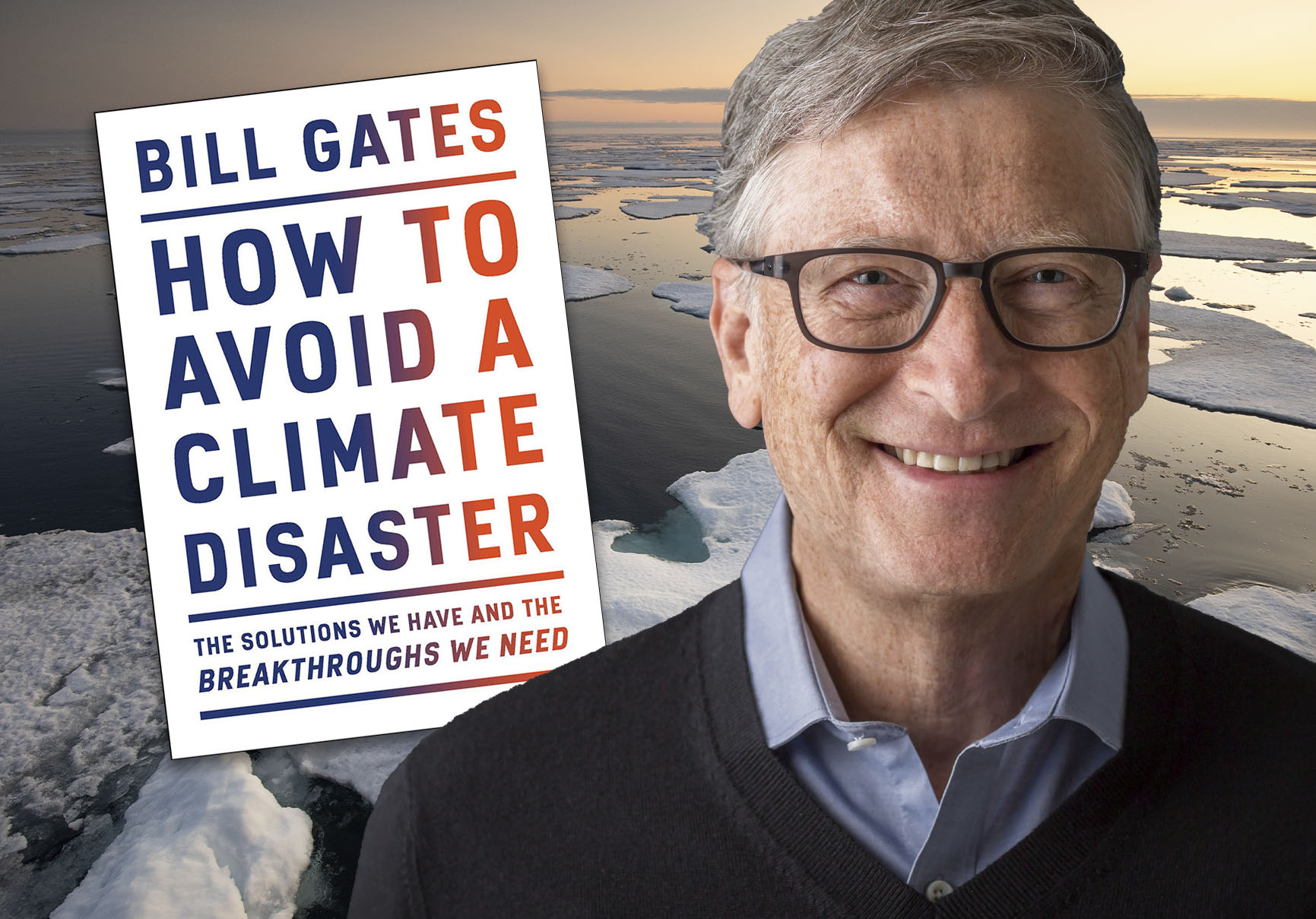 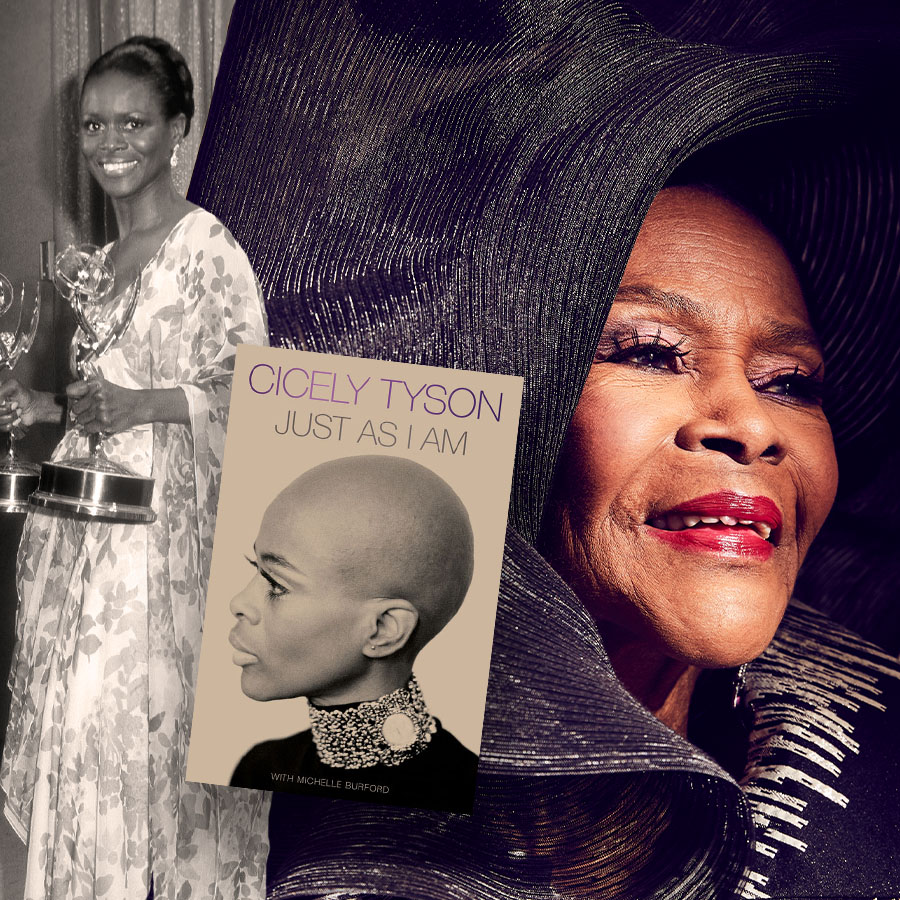 Cicely Tyson Dies At 96: Revisiting The Hollywood Legend’s Life In Her Own WordsIn her memoir Just As I Am, the 96-year-old acting legend reveals her roots, dispenses advice for Black women and writes about her one true love