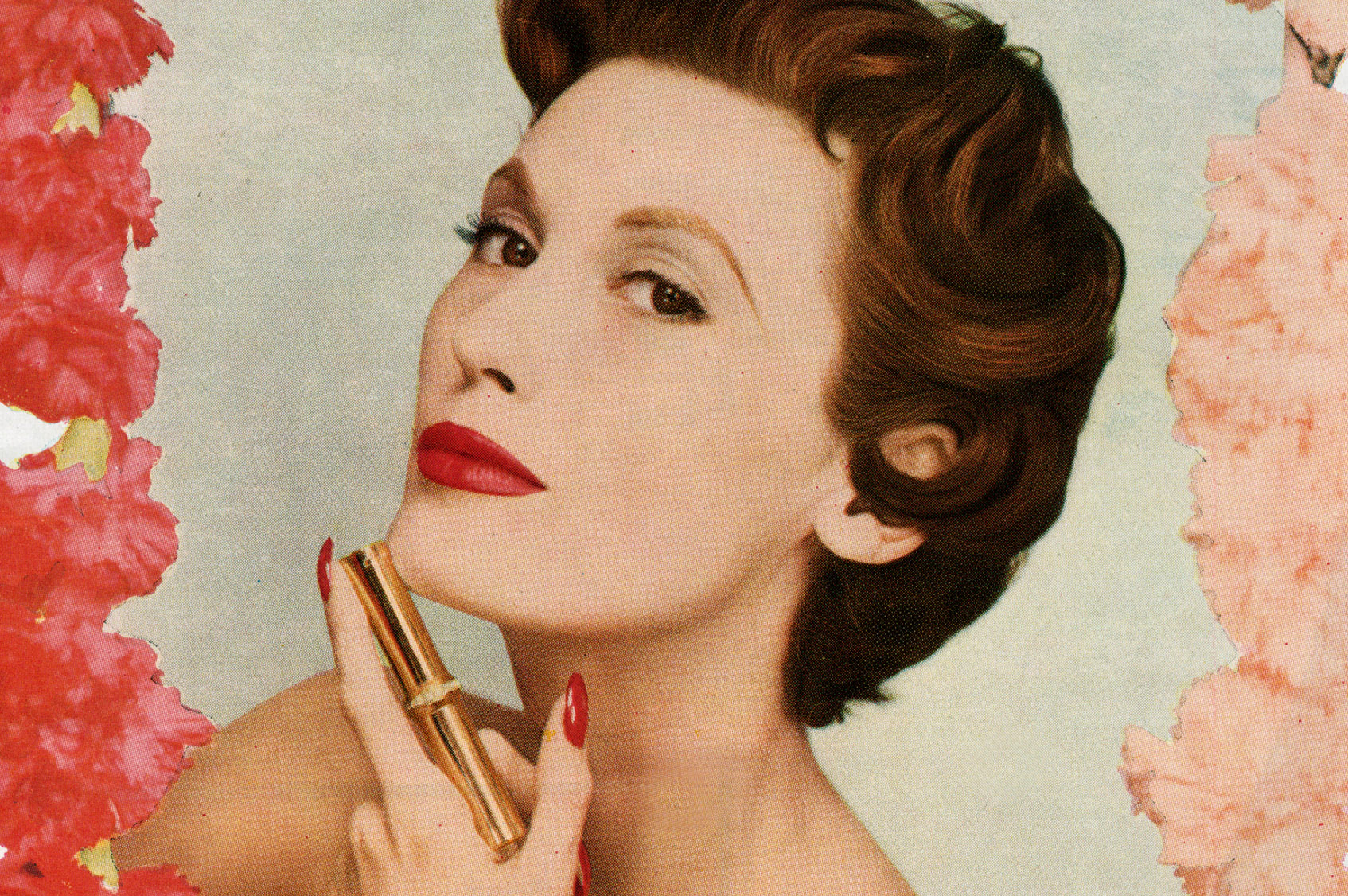 The story of Canadian-born beauty tycoon Elizabeth Arden and Canadian director Norman Jewison are among our picks of new notable memoirs and biographies / BY Nathalie Atkinson / May 21st, 2021

From Renaissance men and women of the Resistance to the lives of trailblazing women like Katherine Johnson and Elizabeth Arden and a deep dive into filmmaker Norman Jewison’s life and stellar career, here are our picks for the season’s notable memoirs and biographies. 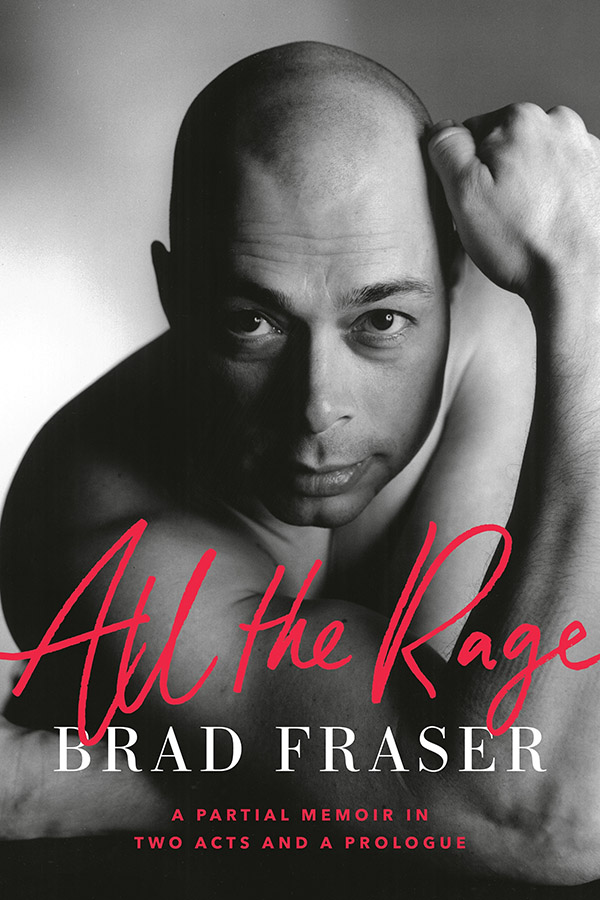 1All the Rage: A Partial Memoir in Two Actsand a PrologueBrad Fraser

An award-winning Canadian playwright and cultural commentator, Fraser unflinchingly looks at his impoverished and abusive childhood growing up in towns across Alberta and British Columbia, and his discovery of theatre as a teenager, when he won his first writing award at age 17. Now 61, the provocateur recalls his evolution as an artist (Unidentified Human Remains and the True Nature of Love was later made into a movie by Denys Arcand) and coming of age as a young gay man against the backdrop of the AIDS crisis in what is being called an important work of gay history from a Canadian perspective. 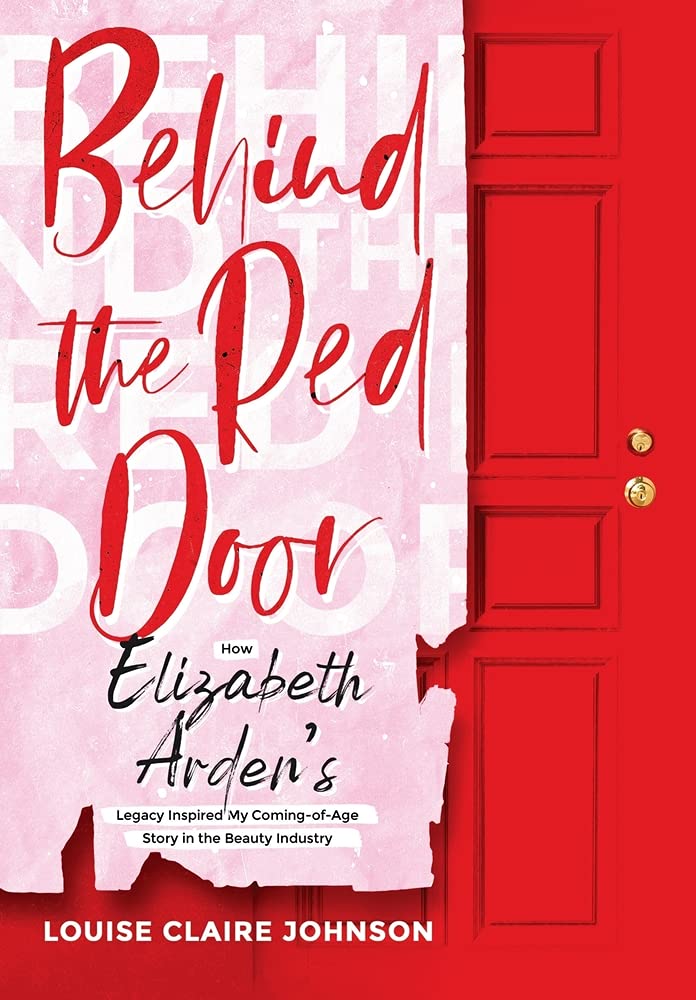 Canadian-born beauty tycoon Elizabeth Arden pioneered many firsts, including the in-store makeover and the destination spa concept in North America through her famed Red Door Spa on Fifth Avenue (cemented in pop culture as the fictional salon in the 1939 movieThe Women). What begins as an homage to Arden, the self-made millionaire born Florence Nightingale Graham in Woodbridge, Ont., in 1884, is layered with Johnson’s own memoir, including her time as a cosmetics company intern in New York. There’s a Julie and Julia quality to the chapters that alternate their life stories and extract parallels as one generation inspires another, decades later. 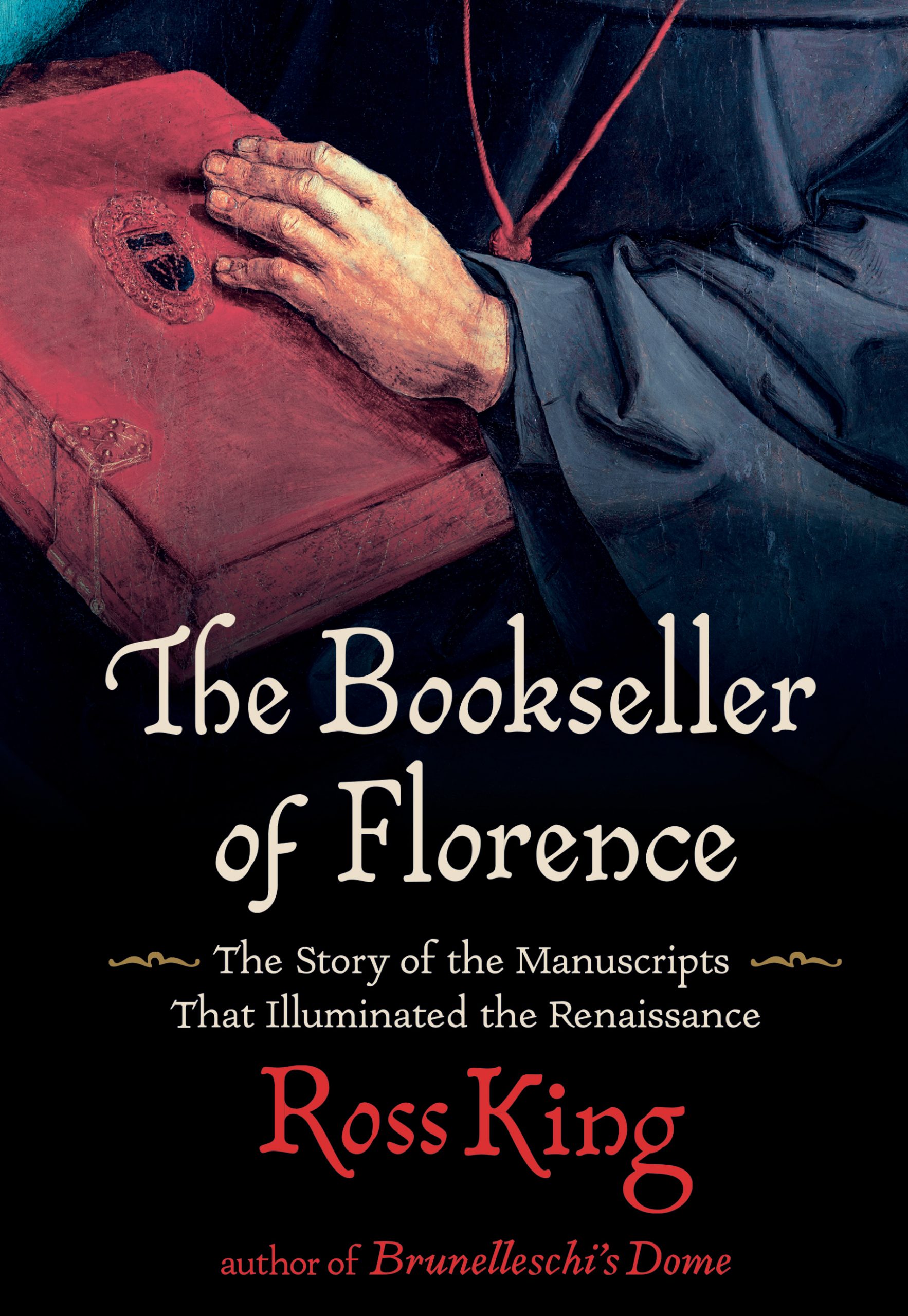 3The Bookseller of Florence Ross King

Bookseller is too pedestrian a term for Vespasiano da Bisticci, an overlooked Renaissance figure whose richly bound, illuminated manuscripts attracted clients that included nobles, religious leaders and Medicis. The scope of this biography, by the bestselling Canadian author of books on Brunelleschi, da Vinci and Michelangelo, revels in the details, taking you inside the laborious, handmade process and materials (like saffron, ultramarine, gesso and gold leaf), and what was lost when the technological disruption known as the printing press arrived in Florence. 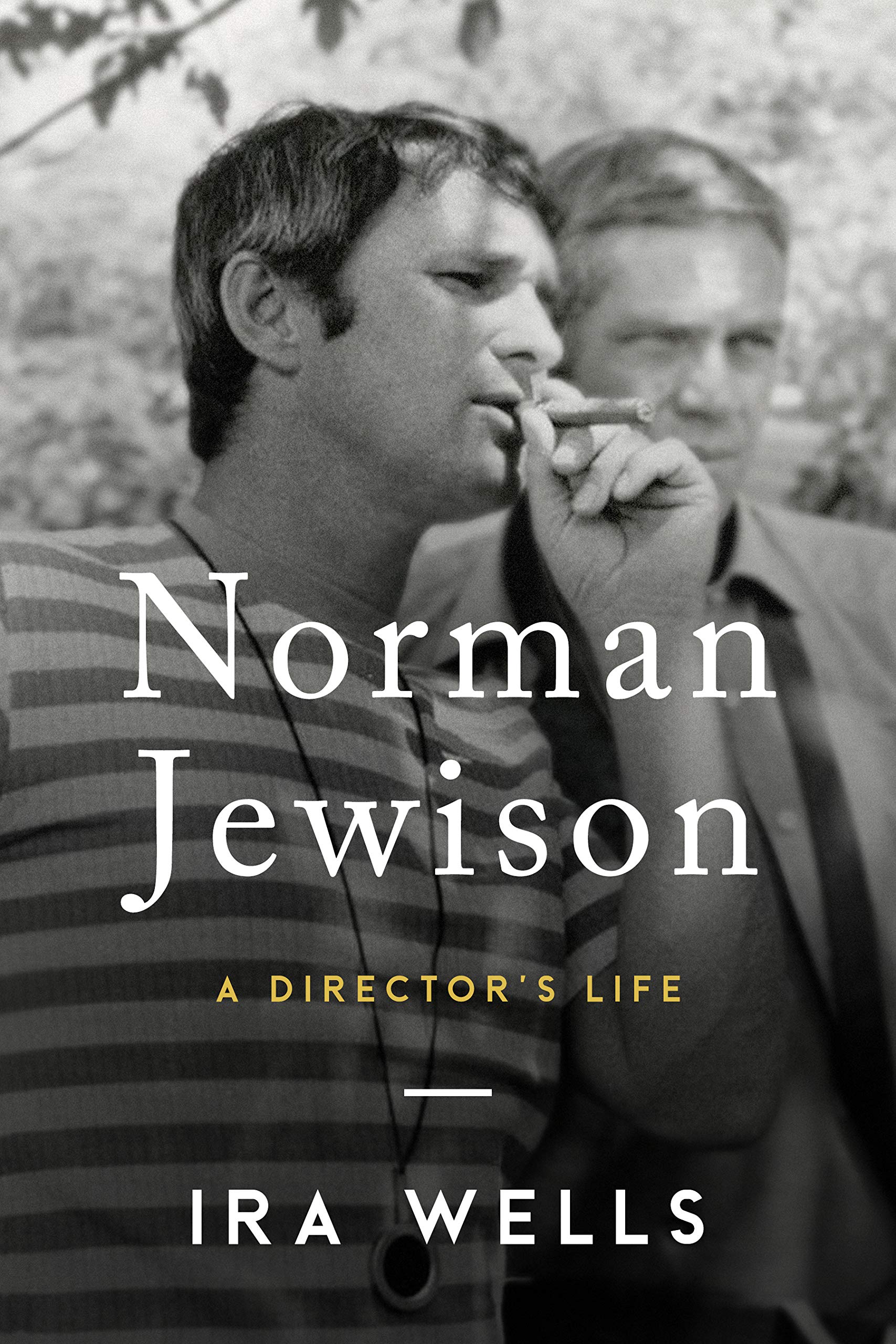 Norman Jewison, 94, remains Canada’s most celebrated and distinguished director. He already recounted much of his life and career in his 2004 autobiography, but this new biography by University of Toronto professor Wells centres the work. And how! Wells sources widely from archives, interviews, reviews and other biographies (and with access to the filmmaker’s papers in Wisconsin and the Norman Jewison Special Collections at his alma mater, U of T’s Victoria College) to assemble this prismatic look that covers everything from Jewison’s friendship with Robert Kennedy to the founding of the Canadian Film Centre. Jewison’s 24 motion pictures and 46 Academy Award nominations culminated in his honorary Oscar (the Irving Thalberg Award) in 1999.

Wells’ biography also doubles as a historical tour of show business in the second half of the 20th century, beginning in the early 1950s when Jewison was a floor director at the CBC (on the very night the television division went live). It continues through his TV specials for Judy Garland and Harry Belafonte, followed by hits like The Thomas Crown Affair, In the Heat of the Night, Fiddler on the Roof and Moonstruck. The career longevity of a Hollywood outsider who grew up in the working-class Beach neighbourhood of Toronto was as much about talent as it was about adaptability and reinvention. (May 28) 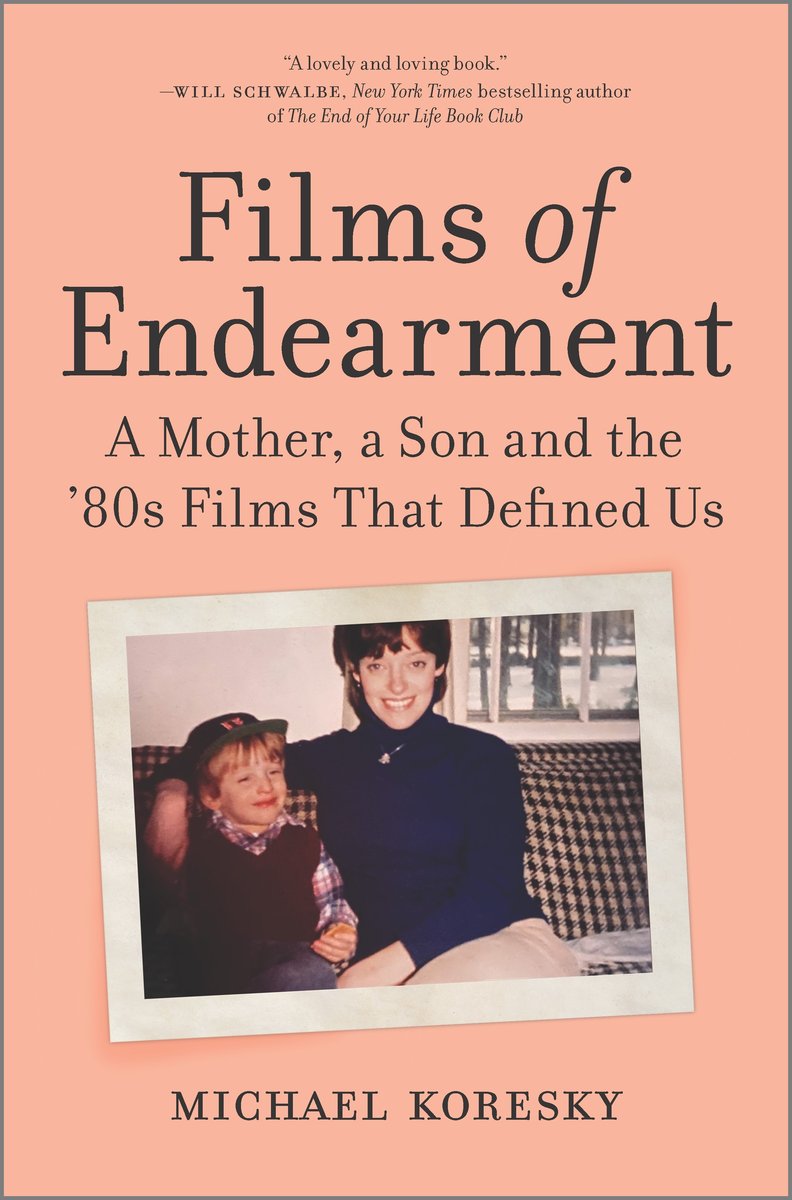 This charming memoir-through-movies is a love letter to the author’s mother Leslie, an avid moviegoer, in the guise of film criticism about not-so-great cinema. (Koresky is a film critic and co-founder of the Museum of the Moving Image publication Reverse Shot). His project revisits ‘80s movies like Terms of Endearment, The Fabulous Baker Boys, Aliens, 9 to 5, Baby Boom and the beloved Jewish rom-com Crossing Delancey –all of which feature female characters in the foreground. Each chapter is dedicated to watching a movie and unpacking its context and impact, but more importantly spurs deep conversations with his mother about how they reflect and resonate with her own life choices. It will inspire you to do the same with your nearest and dearest. 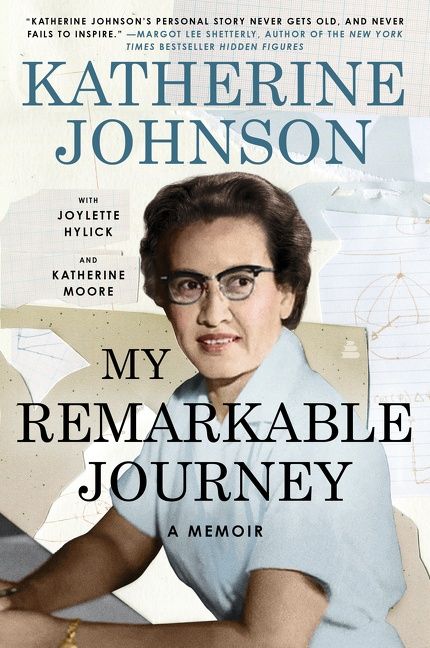 Trail-blazing NASA mathematician Katherine Johnson, who died last year at 101, rose to public fame when the 2017 biopic Hidden Figures, about Johnson and her Black colleagues Dorothy Vaughan and Mary Jackson, became a smash hit. This affecting posthumous memoir, co-written with her daughters, chronicles the scientist’s childhood in West Virginia as well as her groundbreaking career, including insider accounts of the space race, the role of Black women in STEM, and her experience of major world events. (May 25) 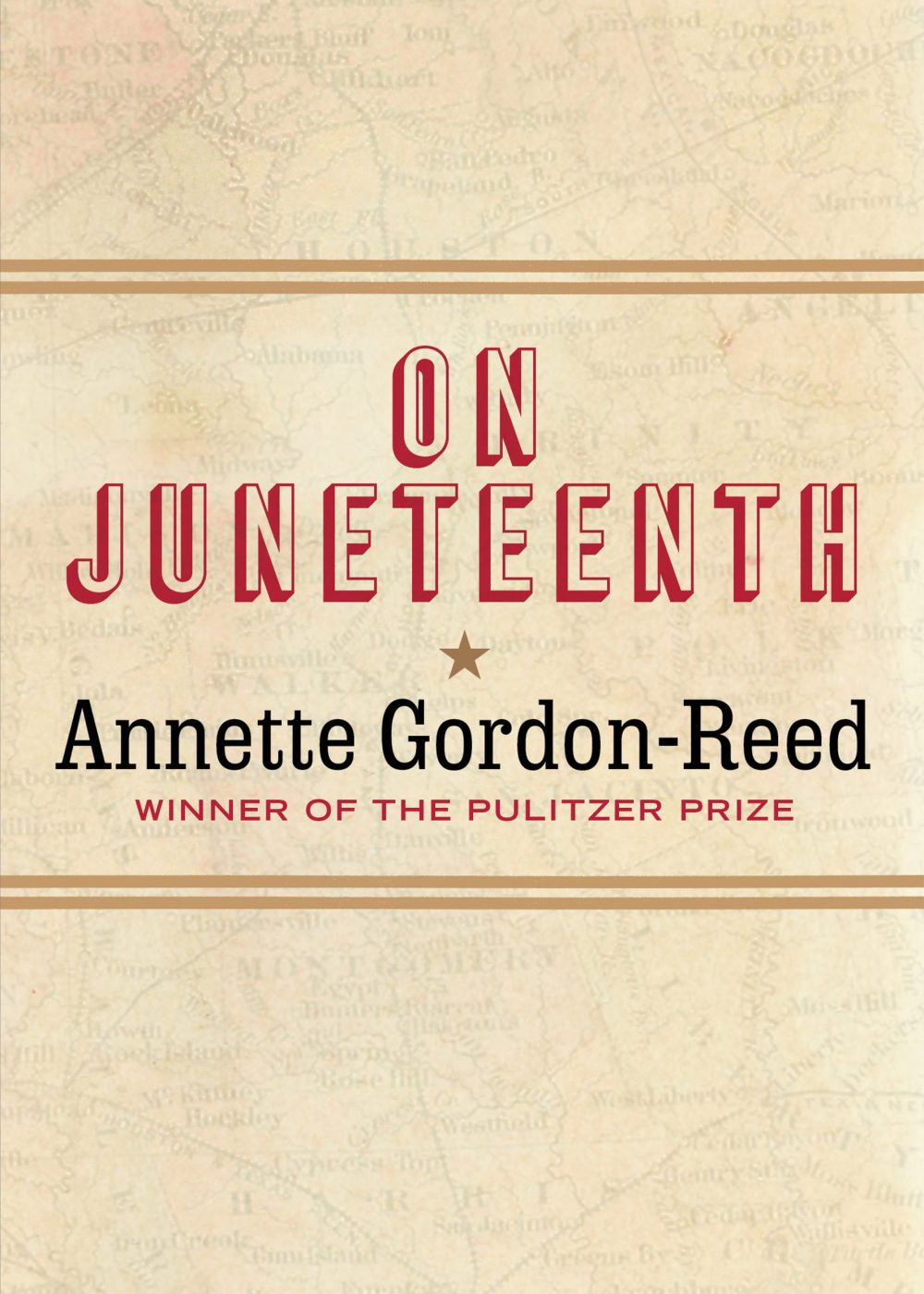 Gordon-Reed is the Pulitzer Prize-winning historian, scholar of slavery, and Harvard professor who helped convince America that president Thomas Jefferson had fathered the children of Sally Hemings, a woman he enslaved. Growing up, Gordon-Reed was also the first Black student to be integrated into public schools in her small east Texas town. The professional and personal come together in this powerful memoir, which explores the origins of Juneteenth (the once-obscure holiday that has become a celebration of Black American independence) alongside her own family history. As Gordon-Reed takes on the swaggering mythology of the Lone Star state where, she writes, “Texas is a White man,” she debunks the false narratives of America’s convenient historical amnesia. 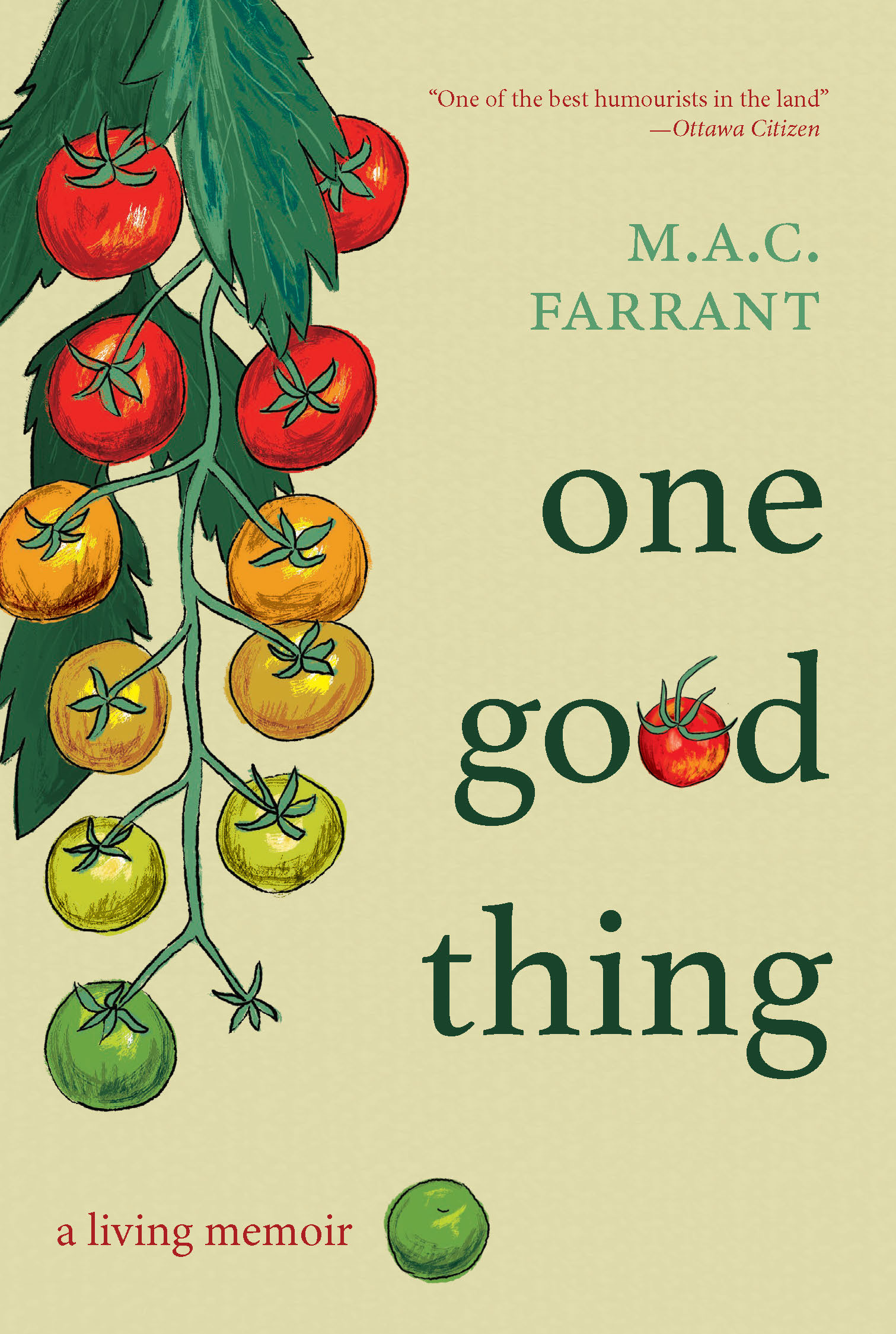 North Saanich, B.C., writer Farrant, 74, structures the 64 short chapters in her book as though she is requesting advice from longtime Victoria gardening columnist Helen Chesnut. They also emulate Chesnut’s style, which combines personal observations about the region and its people. These are meditative and melancholy musings that ponder the Farrant’s relationship to nature, technology, community and aging, and they are wonderful to dip into. 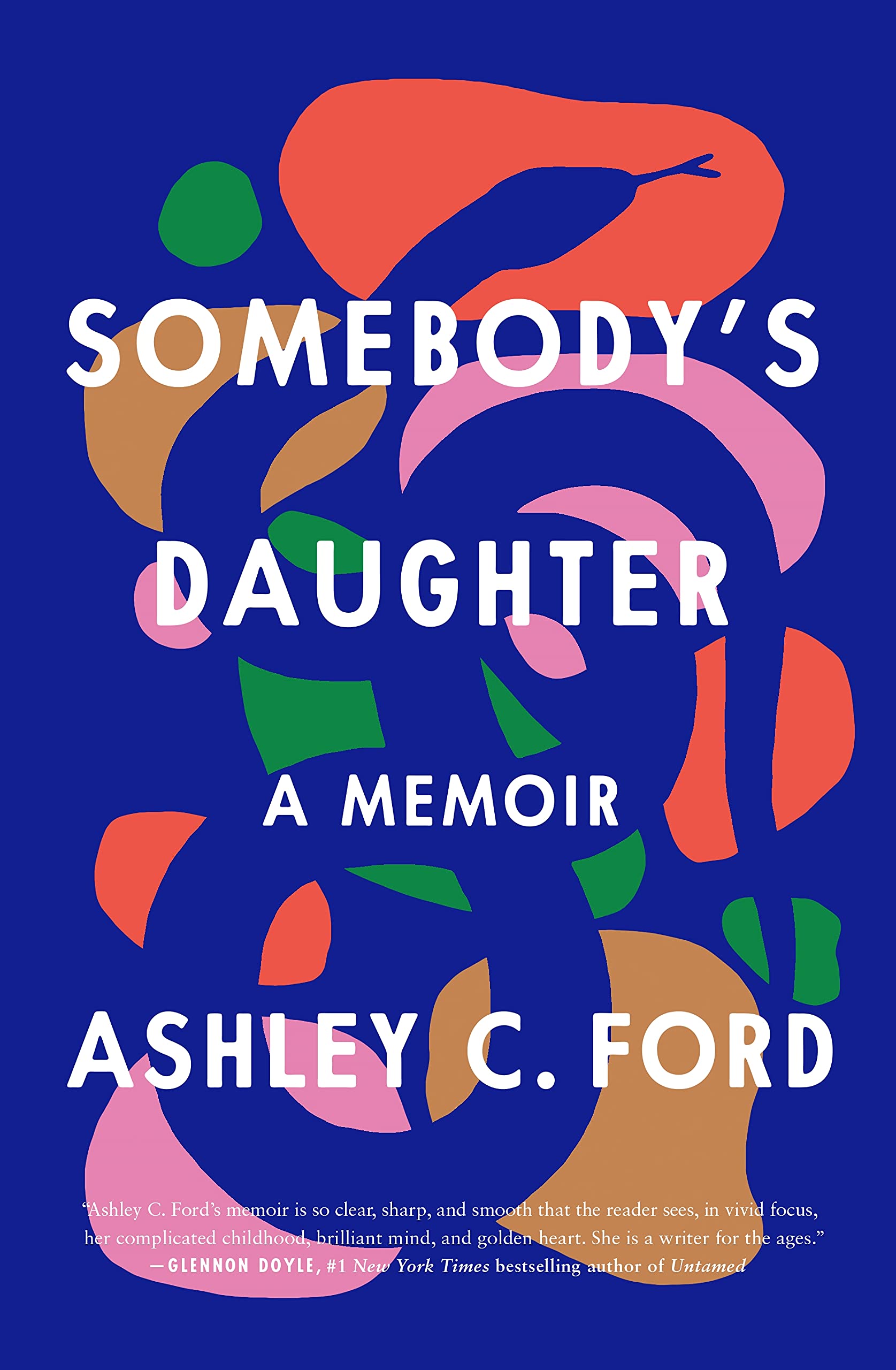 This is one of the most anticipated memoirs of the season. In her deeply personal book, the celebrated U.S. culture writer and podcast host revisits different phases in her life to consider her journey to self-acceptance and how we are shaped by our families – in her case, a fragmented, traumatized family. The complicated relationship with her angry, narcissistic single mother, loving ties with her grandmother, and how she worshipped her father (who began serving a lengthy prison sentence when she was a child and whose absence defines her youth) all cast a long shadow. We recommend the audio edition, narrated by Ford herself. (June 1) 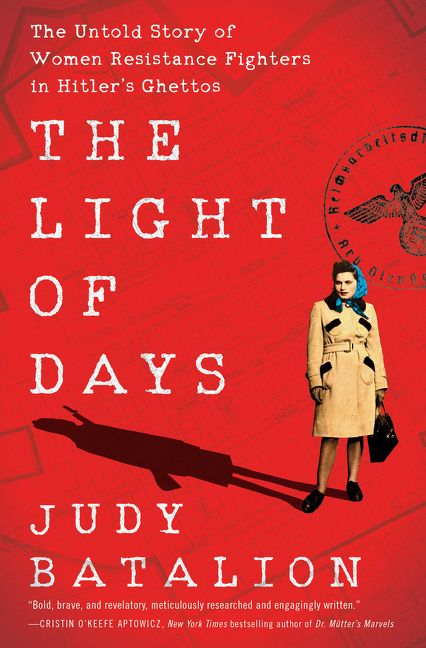 10The Light of Days Judy Batalion

Nearly 15 years ago, Batalion came across a dusty old Yiddish thriller about so-called “ghetto girls” who hid guns in teddy bears and blew up German supply trains. That book inspired the Montreal-born author, and granddaughter of Polish Holocaust survivors, to embark on years of research. She unearths previously untold stories of the female Jewish resistance fighters who risked their lives as couriers, saboteurs and intelligence agents. It is little surprise that Steven Spielberg’s Amblin production company has already optioned this pacy biography of Renia Kukielka and her peers about survival, friendship and heroism, with Batalion writing the screenplay. Skip the new Malcolm Gladwell and read this instead. 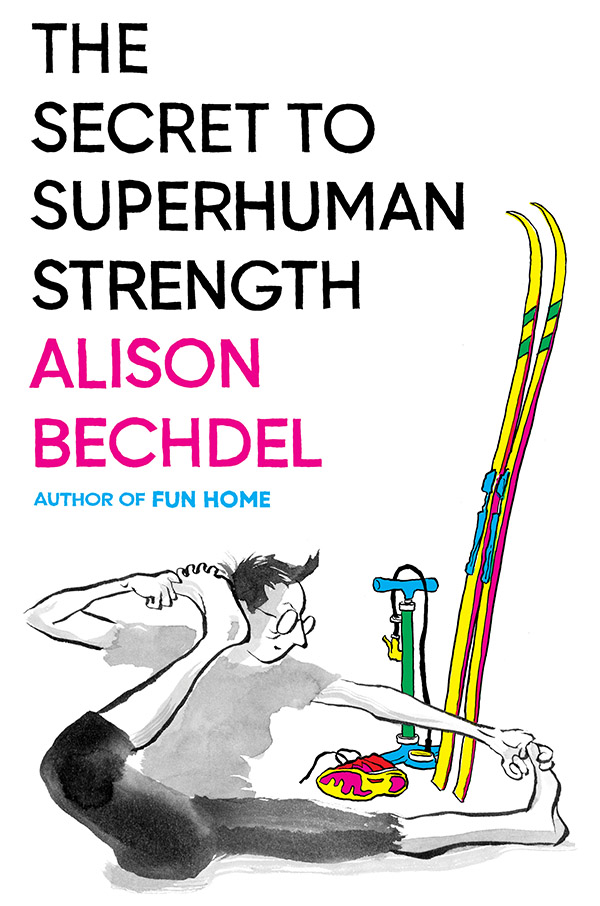 The author of acclaimed memoirs, including one about growing up in a funeral home with a closeted gay father (Fun Home), is back. In her first new graphic novel in almost a decade, the bestselling cartoonist, inventer of a feminist pop-culture litmus known as ‘the Bechdel test’ and MacArthur Foundation genius examines her complicated lifelong pursuit of fitness. Bechdel, 60, documents the changes in her body, anxious mind and exercise trends decade by decade she moves from the physical to the metaphysical with the same wry observational insights as her work on the intricacies of family relationships. 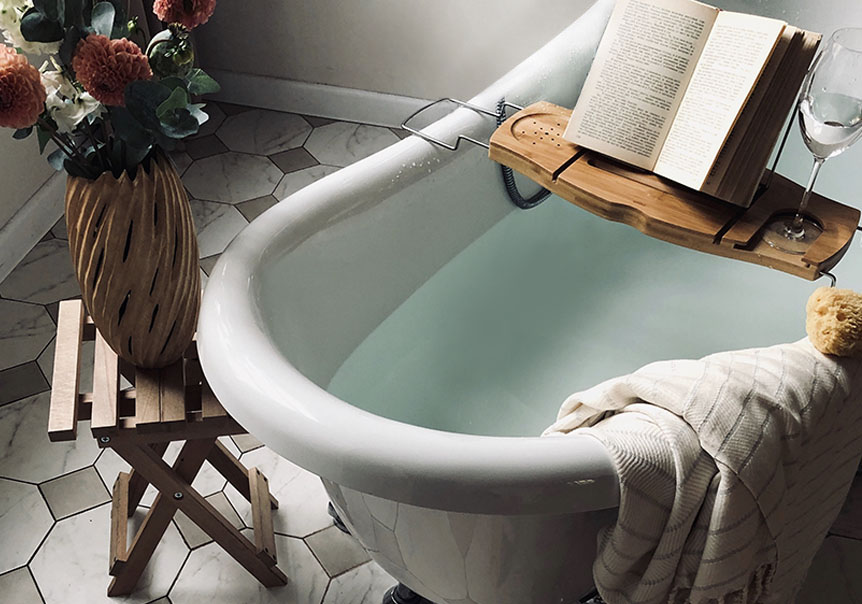 April’s AbundanceThe latest from The Nest author, a post-apocalyptic story set in northern Ontario and Paula McLain's latest novel will keep you preoccupied on rainy days 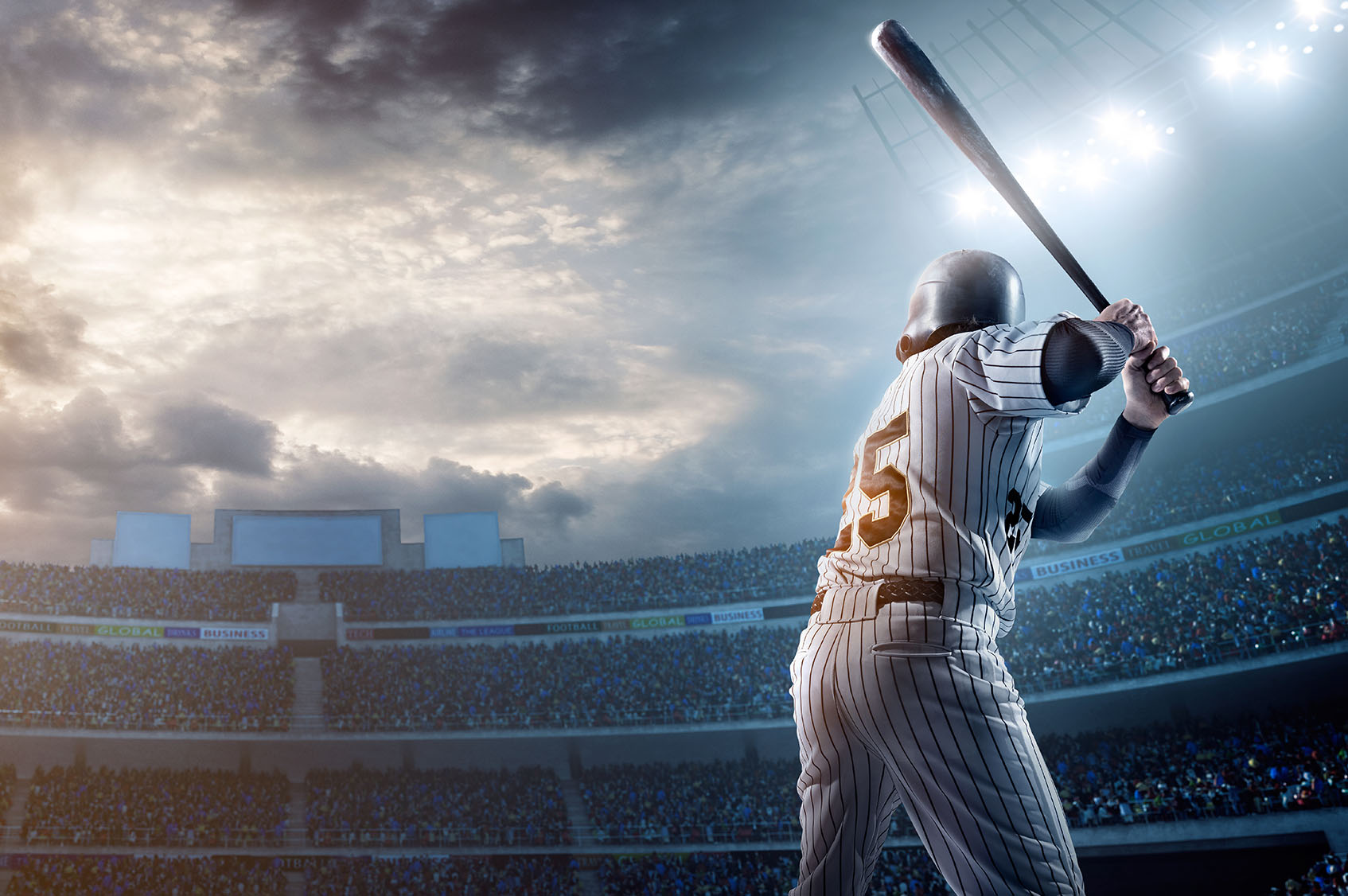 Real LifeFrom a meditation on baseball to the B.C. doctor Bonnie Henry’s account of the first days of COVID-19, we’ve got true stories, some of which are indeed stranger than fiction 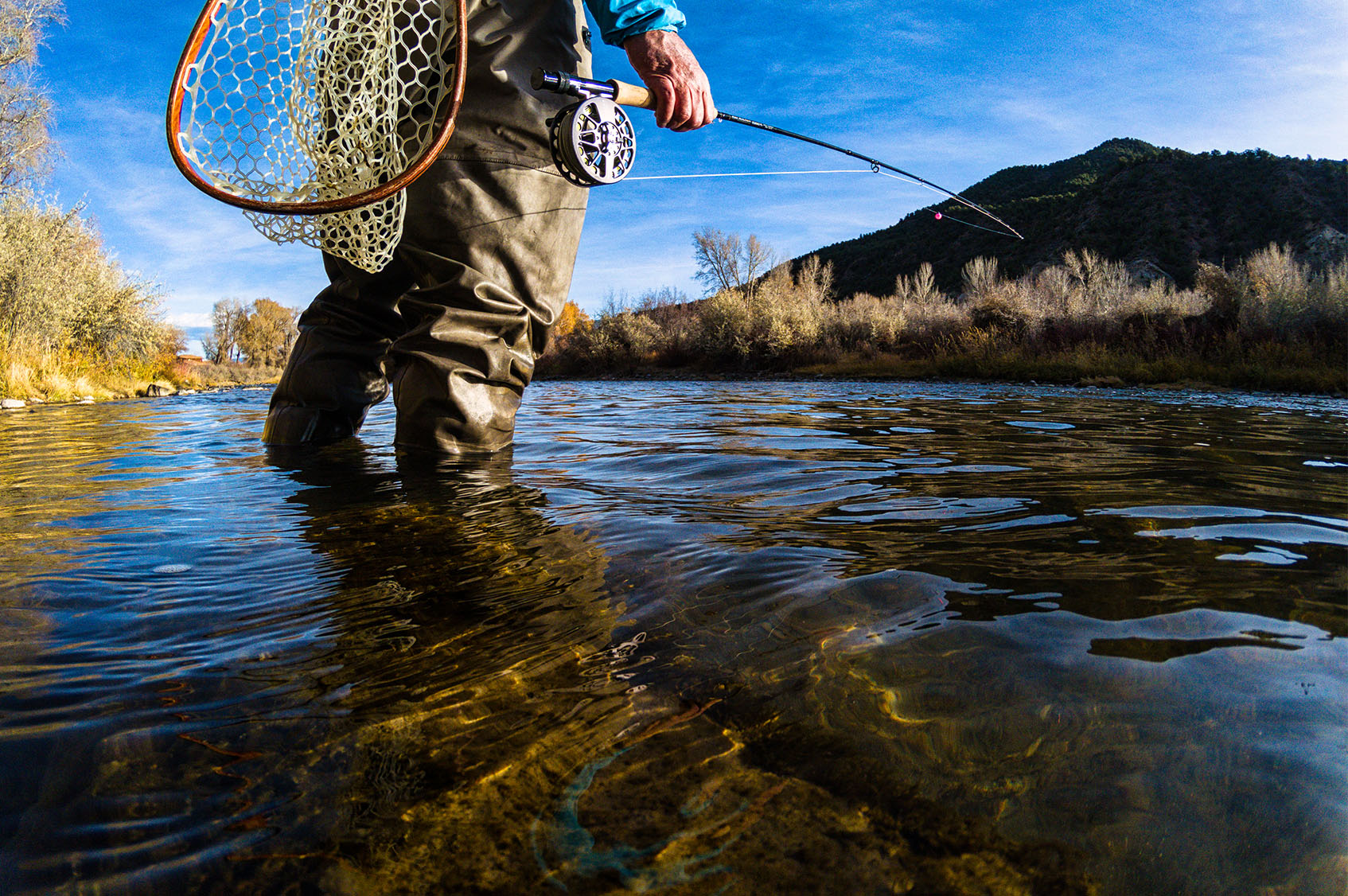 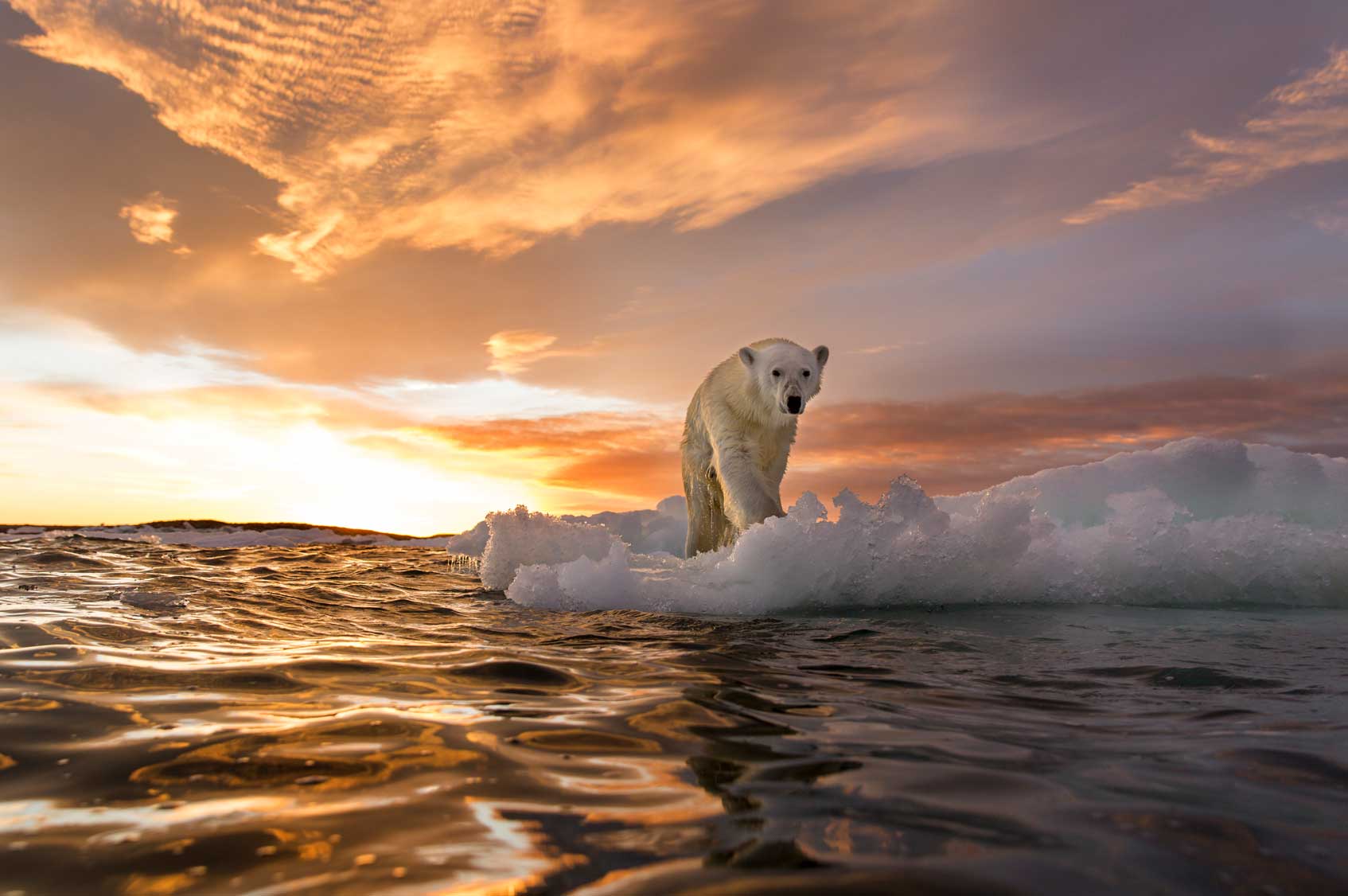 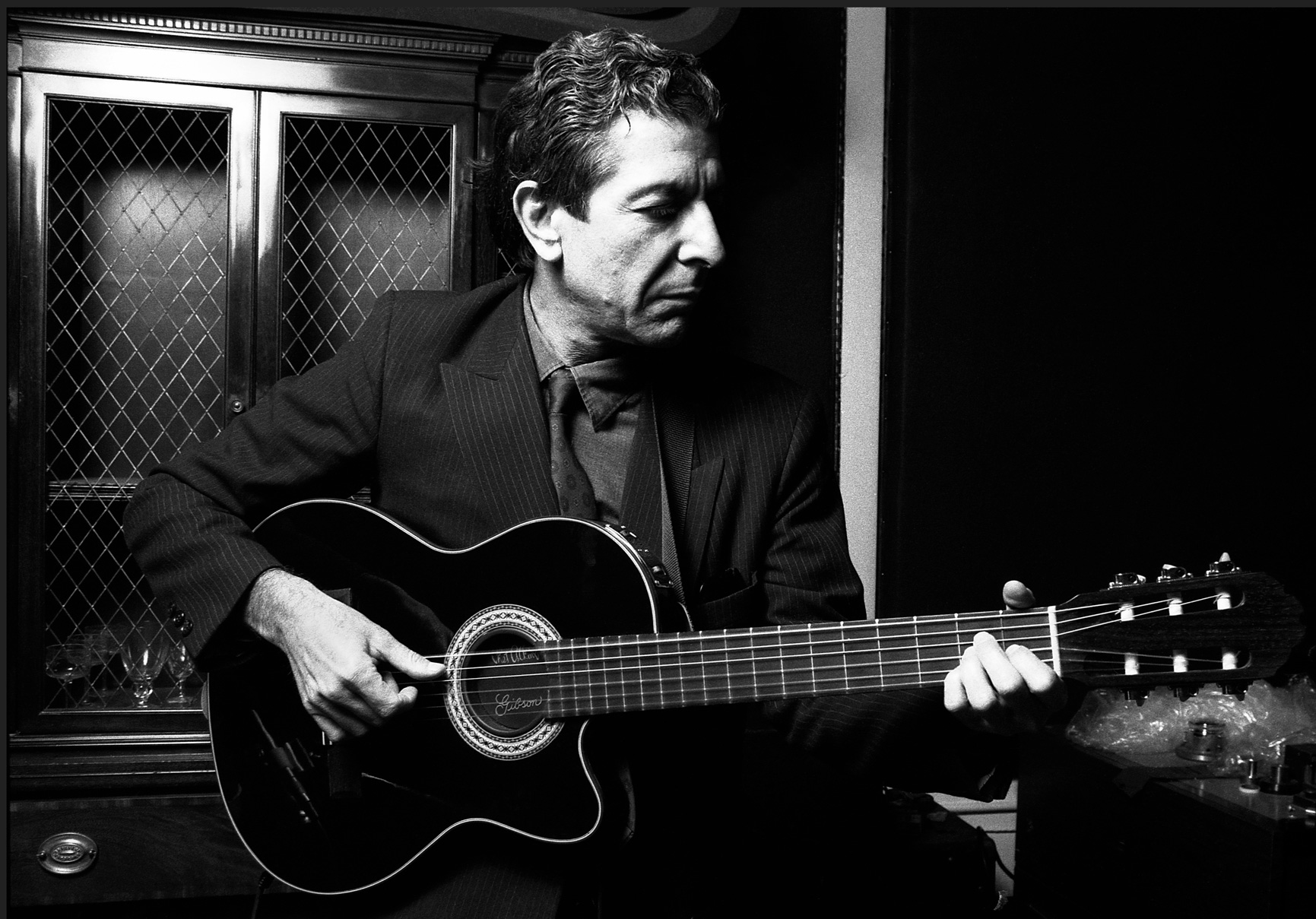