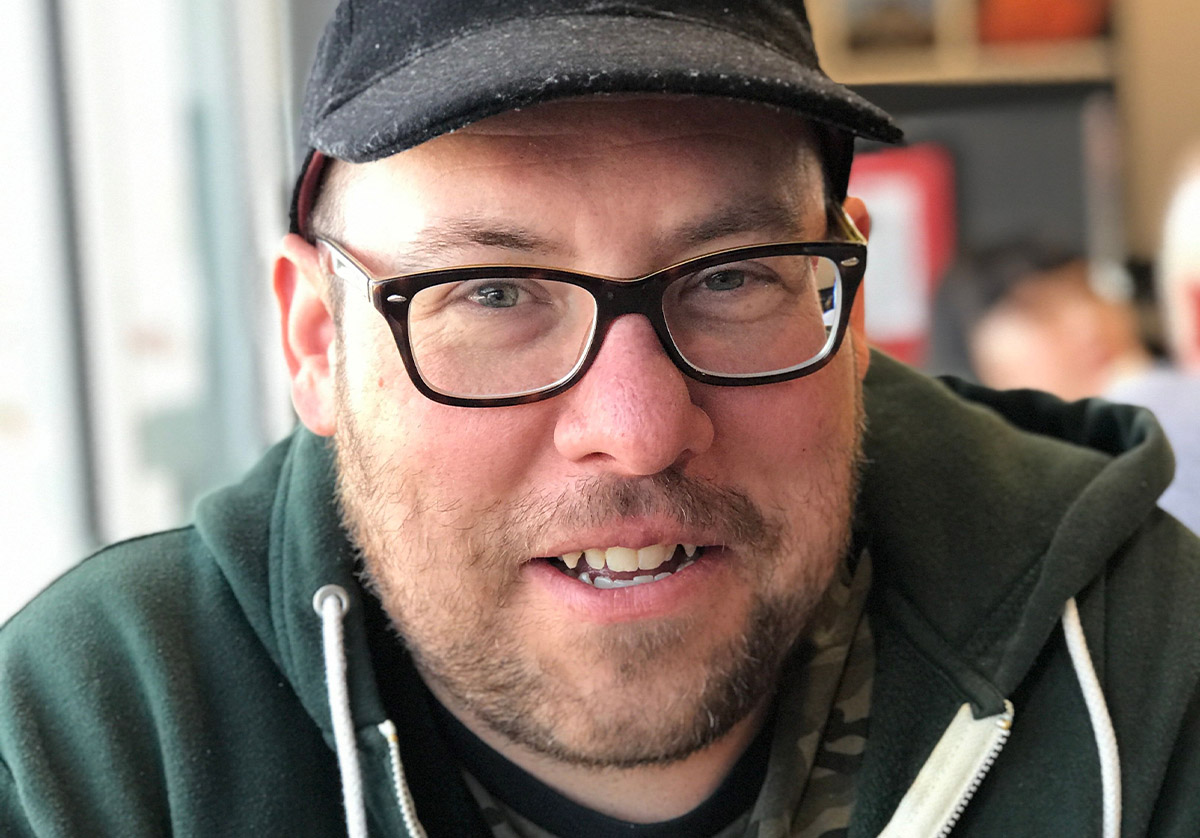 'I happen to see the world through plants and trees and flowers,' Penner writes about his approach to travel. Photo: Courtesy of Lyndon Penner

The Way of the Gardener

“For over a thousand years, people have been walking the Camino de Santiago (the Way of Saint James) trail across northern Spain,” Lyndon Penner writes in the introduction to his new book The Way of the Gardener: Lost in the Weeds Along the Camino de Santiago. “Aside from the journeys taken by the faithful to Jerusalem and Rome, it is the most popular Christian pilgrimage in the world.” It wasn’t a hike or a religious experience that motivated the Saskatchewan-raised author, gardening expert, radio host and environmentalist to take on part of the 800-kilometre journey. “It started with a beautiful piece of music,” the 40-year-old writes. His good friend Carol, in her 60s, had travelled the route years before and introduced him to the composer Oliver Schroer’s Camino album.

When Carol invited him to join her for another Camino walk in the autumn of 2017, Penner accepted without a thought. She reminded him that over the six weeks it would take, there would be days they’d walk as many as 30 kilometres. The 780-kilometre route they chose, known as the French Way, took them from the edge of France over the Pyrenees mountains and across northern Spain to the town of Santiago de Compostela, said to be the final resting place of the country’s patron, Saint James.

From the outset, as Penner writes in The Way of the Gardener, he was in wonder.

“I stepped out into the fresh air and moist darkness of a high mountain night and was engulfed in the most brilliantly shimmering blanket of stars that I had ever seen,” he notes at the end of Day 1. “Immediately,” he adds, “the full name of the pilgrimage route, the Camino de Santiago de Compostela — the Way of St. James in the Field of Stars — became very real for me. I stood there in the cold and darkness, marvelling at where I was.”

Over the course of their journey, he writes, he and Carol walked through ancient forests of oak and chestnut “that were more beautiful than any of the cathedrals meant to house the presence of God. I felt more connected to humanity walking an old dusty trail than I have in any city I have ever been in.”

Despite not being religious, Penner sensed he could pray in an olive grove — but it was his description of its natural beauty that enthralled me. “[Olive trees] have the most wonderful gnarled greyish trunks and grey — green foliage that from a distance seems to shimmer,” he writes. All across Spain, he describes, “companies of olive trees swayed and glittered in the sun, offering beauty and shade along the path.”

Science, as well as our inner spirit, tells us that connecting with nature – and not just the Camino but our local parks, beaches or woodlands — is good for our well-being, body and soul. The meditative pleasure of forest bathing with nothing but birdsong as the soundtrack, hiking to the babbling beat of a river running beside the trail, the crunch of the earth beneath your feet or the waves’ constant caress of the shoreline that’s set on repeat like a heartbeat. The wind rustling through grassy fields and orchards, swaying and shimmering in the breeze, like Penner’s olive trees. It all just says stop and take in the moment. Take a breath. Now breathe again.

And it goes deep. Studies show that the more time we spend in nature, the better, but as little as 120 minutes a week — that’s two hours — can do the trick, as was revealed in an article published by Yale University’s School of the Environment in January 2020, entitled Ecopsychology: How Immersion in Nature Benefits Your Health. It cited a 2019 study held by the European Centre for Environment and Human Health at the University of Exeter that surveyed 20,000 people and found that those who spent a minimum of two hours a week in green spaces were substantially better off mentally and physically. Everything from reducing blood pressure, stress and anxiety levels to enhancing immune system function, self-esteem and mood, can be just some of the wellness benefits of getting outside.

The journey through the nature of northern Spain gave Penner the time to garner a bit of wisdom, to disconnect and to appreciate his surroundings. But also to question what this walk really meant. “I thought a lot about why people wanted to walk the Camino so long ago. Why did they persevere?” he muses as he and Carol make their daily trek and encounter numbers of other pilgrims on the same path. (With its roots in the 9th century, according to followthecamino.com, in 2019, almost 350,000 people made their way to The Way.) Penner’s conclusion was tied back to the human spirit, citing that he believed there was a tangible calling – then as there is now. “We need our lives to be meaningful; that part hasn’t changed. We all seem to want something more. We all want to know that our lives are significant and that we have a purpose.”

As I read his words, it dawned on me that for Penner, perhaps part of his purpose was to come out of his shell. “I’ve always liked plants and animals more than I like people,” he writes. “I do have some very good friends and family whom I love deeply …” Penner makes a few mentions of his beloved nephews and how his documenting this pilgrimage would hopefully inspire them to experience new places and people one day. A legacy of sorts. Like the ages-old fig trees that lined many parts of the camino. “… there is something about standing beneath a fig tree and eating its decadent fruit that makes one feel ‘prosperous.’ Knowing your grandchildren and great-grandchildren would one day be eating from the same tree must have been a great comfort.”

But the author also admits in the book that he’s one of those people who doesn’t always play well with others. Did the trip help him to transcend his introverted nature, as travel can sometimes do? “To be fair to myself, I did manage to enjoy both the wild places on the Camino and the people that I met, so perhaps for a moment in time I actually did evolve.”

Going forward on the Camino also meant going back, jogging Penner’s memory on many occasions when it related to the plants and trees along the way. I found one such recollection particularly poignant, when he comes across fields resplendent with flowers, including a common garden variety of the daisy family. “Zinnias are the first flower I can remember growing from seed,” he writes. “I was five and I remember my mother filling my hands with what looked like a handful of brown dust. We sprinkled that dust into the earth, and tiny green shoots began to emerge a few days later. I often credit those zinnias with helping to make sure that I grew up to be a gardener.” He now considers the flowers like old friends. And there they were, rising up to meet him. “I wondered for how many generations those zinnias had been brightening the path of travellers.”

And there it was. Gaining an understanding of what’s important to us and our spirit is a wondrous byproduct of travel, as exhibited by Penner in The Way of the Gardener. “My appreciation for the beautiful life I live has increased exponentially. Plants reveal things to me about myself.” One such revelation? “I came home stronger and more self-assured than I have ever been.”

Being a gardener, Penner saw his pilgrimage as very much about connecting with nature. “I happen to see the world through plants and trees and flowers,” he writes of his approach to travel. “Plants tell me about history and climate and soils and people. They speak of times long ago and provide me with clues as to where I am and what sort of things have gone on there.”

A version this article appeared in the April/May 2021 issue of Zoomer magazine with the headline “Journey From Saskatchewan to Spain,” p. 88. 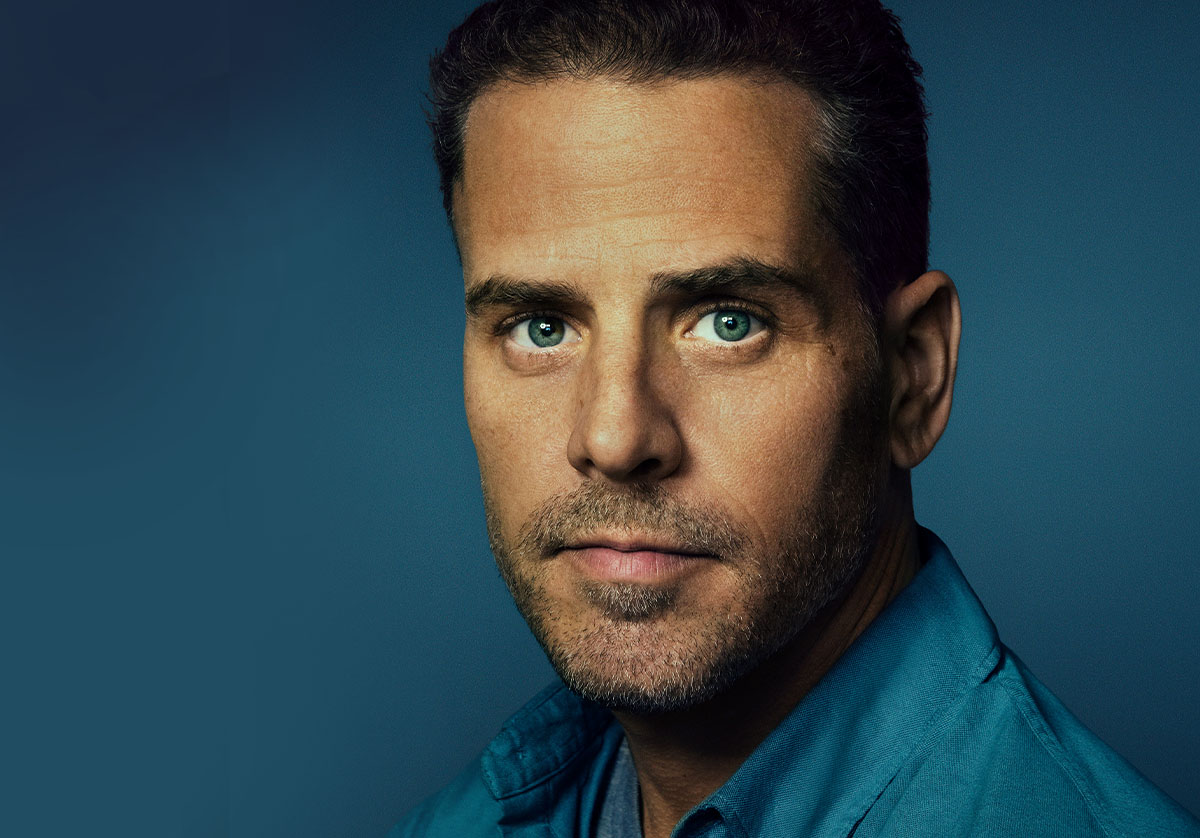 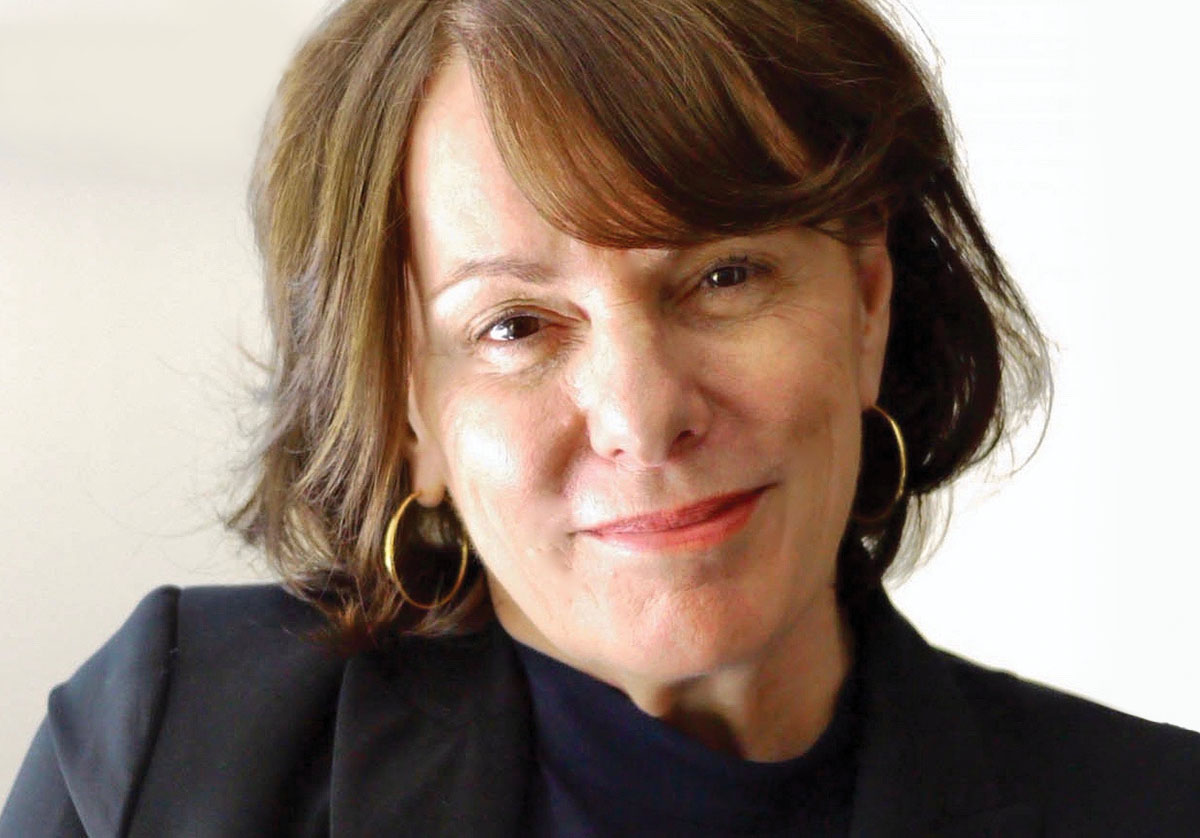 Cathrin Bradbury’s Year From HellIn her new memoir The Bright Side, the Toronto journalist recounts how she found solace and strength in a cascade of catastrophe 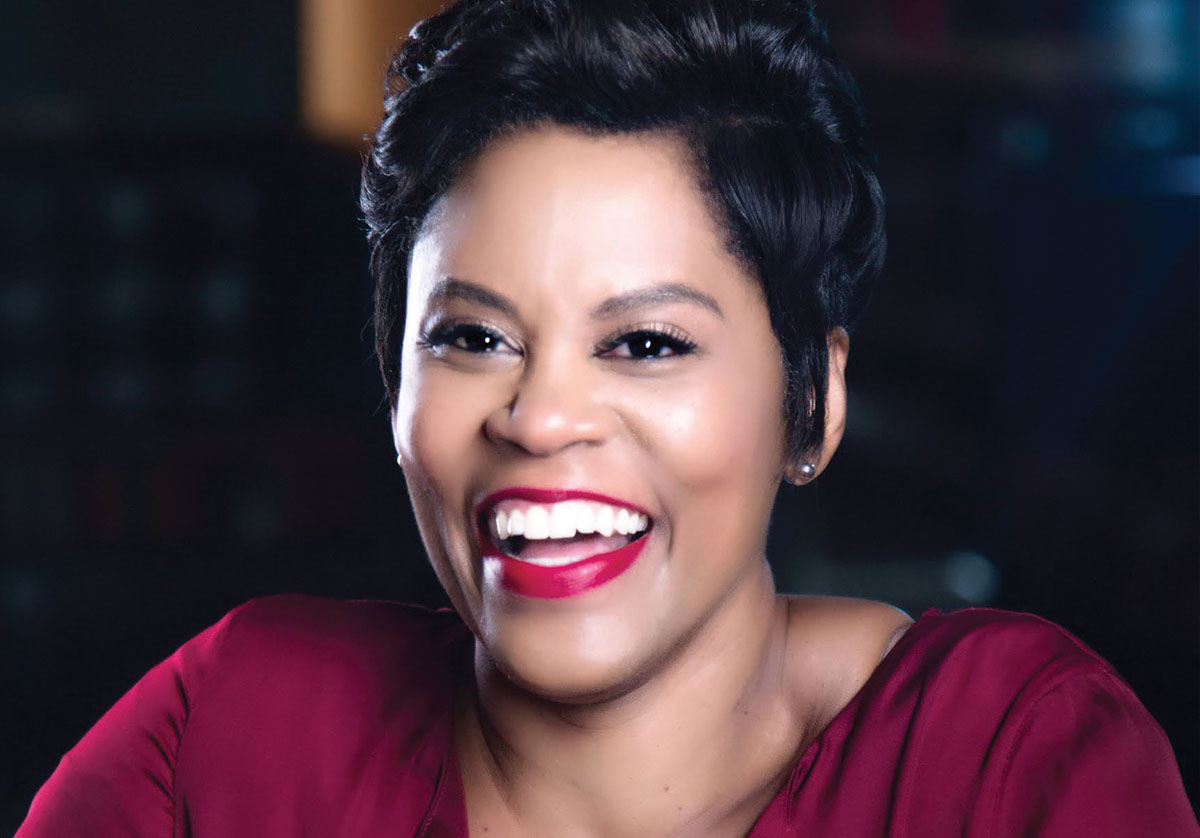 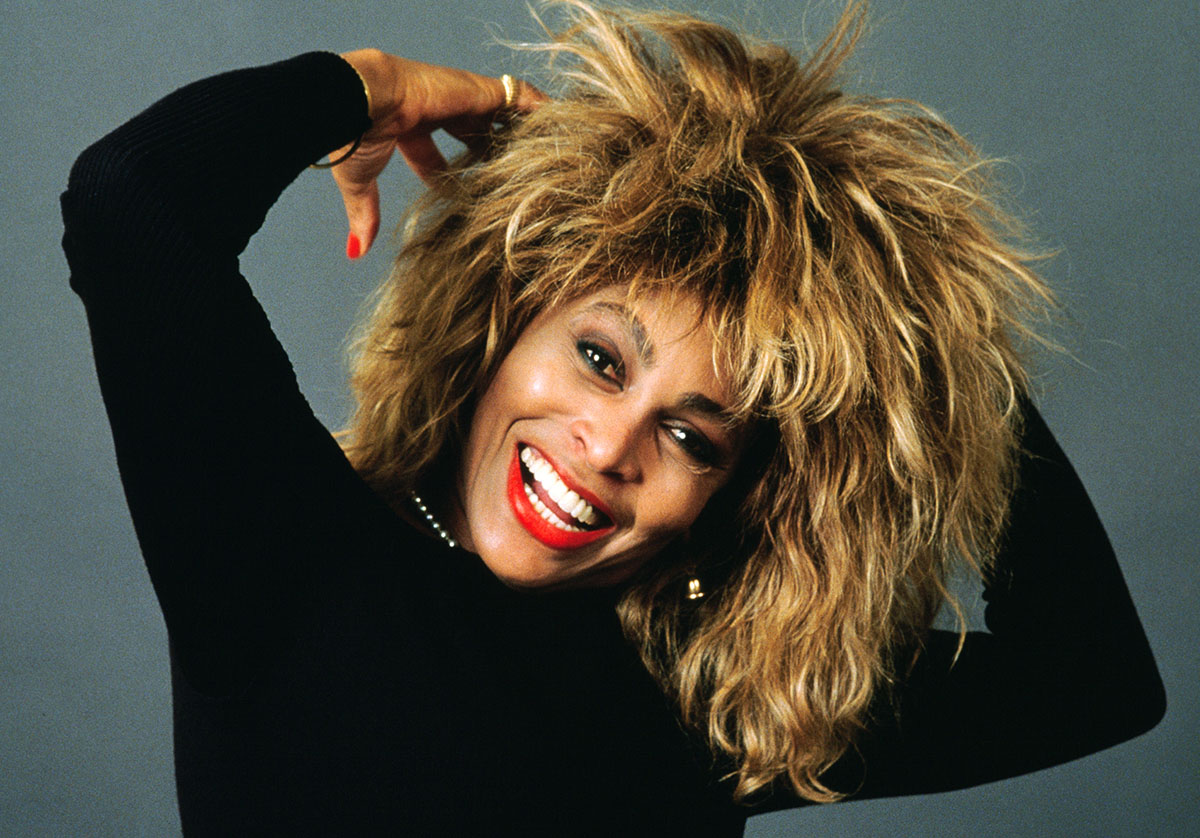 Tina Turner’s Pursuit of HappinessIn her new book Happiness Becomes You, the 81-year-old music icon explains how Buddhism changed her life and allowed her to 'turn poison into medicine' 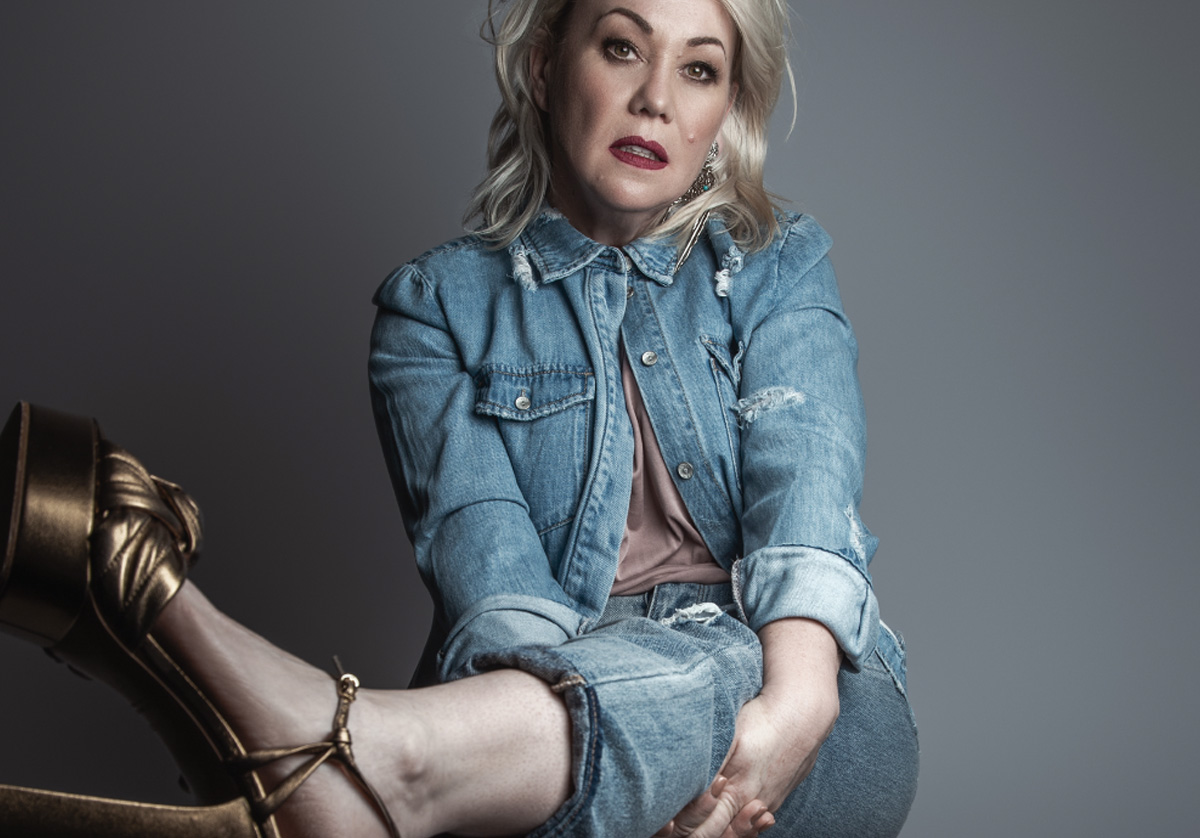 The Age of Jann ArdenThe Alberta-born singer-songwriter talks her latest memoir and how she found power in aging.