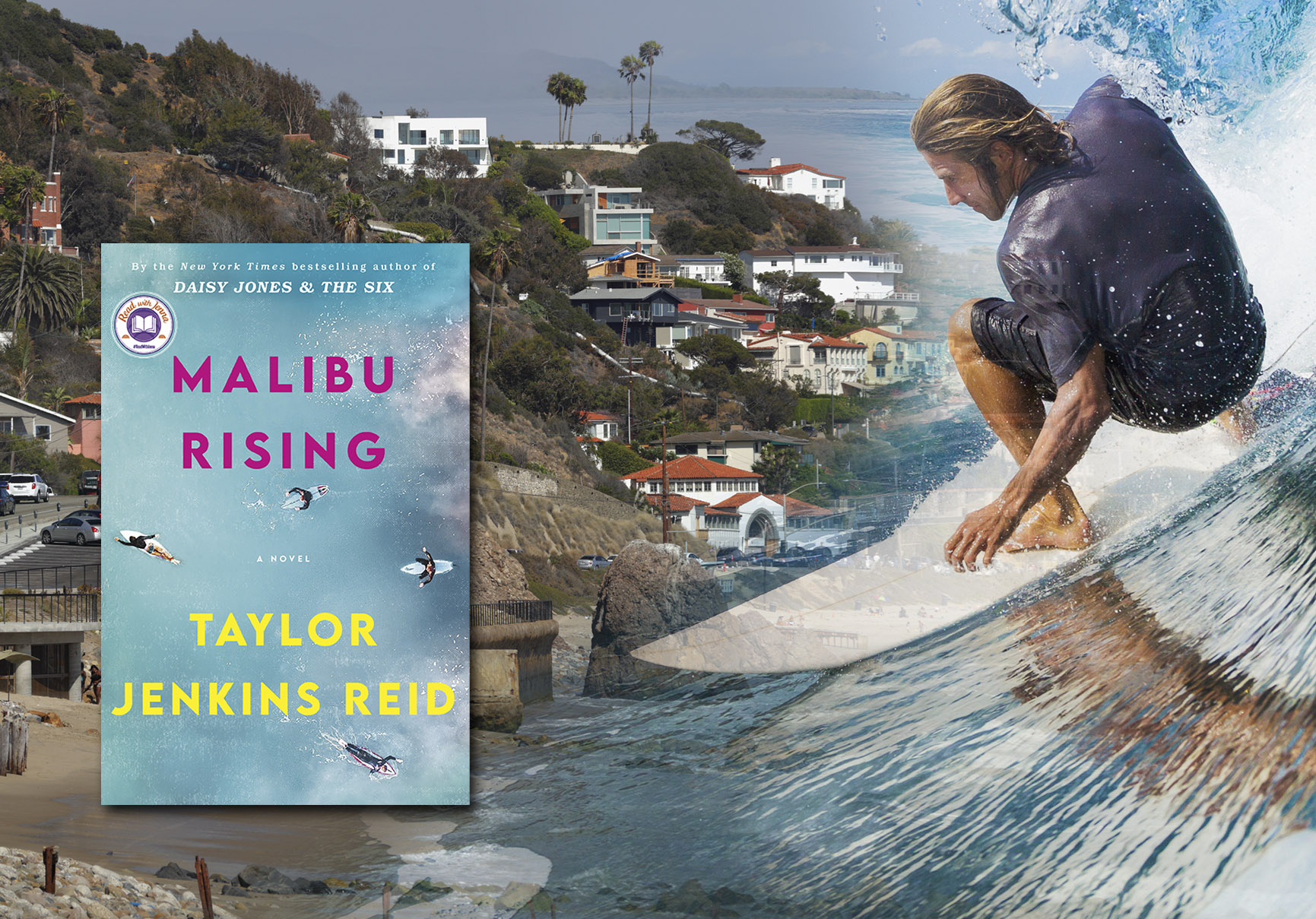 Four famous siblings. One epic rager. 1983. Malibu. The world of surfing. All of it unfolding over a taut 24 hours. This is the premise of the latest novel from Taylor Jenkins Reid, the author of Daisy Jones & The Six, which made her into a literary sensation. “Actresses, models, musicians. Surfers, skaters, volleyball players,” writes Reid, describing a house party for the ages in her breezy new novel, Malibu Rising. “Agents and executives. Development assistants. Writers, directors, producers,” she writes. “Those two asshole comedians from that stupid movie everyone loved. Half the cast of Dallas. Three Lakers. It was barely nine o’clock and Nina already felt like everyone in the world was in her house.”

The party – the marrow of the novel – ends with the house burning to the ground. And, no, that is no spoiler. Jenkins tell us so much just pages in. How we get there is another story. Well, this story.

Raised in Massachusetts, Reid is singularly fixated on Los Angeles, as we found out with Daisy Jones (2019), which channelled Stevie Nicks and that whole 1970s music scene, as well as The Seven Husbands of Evelyn Hugo (2017), which glamorously tackled Old Hollywood.

Daisy Jones, by the way, is already being made into an Amazon series, courtesy of Reese Witherspoon’s production company (and starring Riley Keough, Elvis’s granddaughter), while Malibu Rising was recently optioned for a Hulu series.

Like Daisy Jones, this book is already topping bestseller lists, and Zoomer could not wait to hear more about this year’s cleverest beach read.

Shinan Govani: You are always so on point with painting a sense of place and time. So, in terms of crafting Malibu Rising – which takes place in this world of Heather Locklears and Rob Lowes – I am curious: what came first, the promise of Malibu or the 1980s?

Taylor Jenkins Reid: “I think they came around at the same time, because what I really wanted to do is evoke beach culture in the 80s, but Malibu … is one of my favourite places in the world. I thought: oh wow, this is my opportunity to visit in my mind!“

SG: Setting the novel in 1983 is interesting in that the early 80s were quite different from the late 80s, and that is there still some hangover here from the more innocent 70s.

TJR: That is exactly right! The 80s became turbocharged by the middle of the decade. The Gordon Gekko thing. Dynasty. 1983 felt like a period of transition, a little bit, without veering into the comic. Fashion is moving in a certain direction … marijuana is moving towards coke.”

SG: One of the pleasures of your new novel is seeing how Malibu has really changed from this quiet fishing town to wealthy enclave. What did you find in your research about Malibu?

TJR: Malibu is really fascinating. What is interesting about it, and what affects the way the area functions, is that it is still a small strip of flatland by the ocean, and that is covered on all sides by massive mountains – not a particularly accessible area. You only have a couple of choices, a couple of canyons, to drive through to get there. Mostly the PCH (Pacific Coast Highway). So, it is still pretty rustic. And you have this combination of massive mansions and, at the same time, you cannot get away from raw nature. You will be driving through certain canyons, and you think: how do you even get a truck up here to bring the wood to make the house?

History-wise, it has been inhabited by so many different people at different points, but by the early 1900s all of Malibu was owned by one family and they tried to maintain ownership of it for a very long time, even trying to stop the government from putting it on the PCH. Over time, they started renting out parcels of land by the sand, which is when the movie stars came. I believe that was from the 1920s on. So, that is when you get Cary Grant and Joan Crawford and Douglas Fairbanks Jr. That is when it became a playground.

SG: To that end, was there a time when Malibu truly pierced the popular psyche?

TJR: I think it is when you get into the time of the Beach Boys and Gidget (the TV show). And when a bunch of surfers started to put it on the map too – like Mickey Dora. He used to surf at First Point. That scene started to grow. And, meanwhile, Brian Wilson and the Beach Boys were writing all these songs mythologizing California and the surf culture – putting Malibu, really, in the centre of it.”

SG: I understand you knew nothing about surfing when you started the project. All four siblings that form the main quartet of your novel are surfers – in some cases using the water to psychically outrun the history of their famous father. What have you learned about the psychology of surfing? Is there something that connects most surfers?

TJR: There are so many sports in which you have some control over the environment in which you are performing, but every time surfers go into the ocean, they are playing with Mother Nature. Everything that they are doing – every moment – is ephemeral. There might not ever be a wave that is coming in like in that moment, and if they do not catch it, that is a lost opportunity they will never get back. It is always a moment in time. I found that fascinating – to relinquish control in that way, but also to engage so directly with the ocean.

SG: What is the difference between male and female surfers?

SG: Speaking of surfing, the party itself is a kind of metaphor, right? You see waves of people going in and out as it shifts and gets wilder, as well as flickers of the backstories of minor characters.

TJR: I had a sense of it wanting it to be a really immersive experience. I wanted people to feel like they were at the party. At any party, everyone is bringing their own stuff.

SG: Celebrity is a recurring subject for you, it seems, and, in the case of this novel, children of celebrity. Of course, we live in a world where there is a whole economy around children of celebrities – be it baby bumps, reality shows. Why do you think that is?

TJR: I think we love a dynasty. On a basic level we love beautiful people, and often beautiful people make beautiful children. It is similar to the reason we are curious about celebrity lives in general, and that is that we like knowing stories about other people. We care about other people. And we are projecting on to other people. If you see someone walking down the street with their kid, you do not know anything about them, you do not have the information to grab onto … but if you see a picture of a celebrity walking with their kid, you are bringing information, you are bringing a story.”

SG: On a subconscious level, some celebrities will remind you of your ex-husband, or your mother, or bring up your on-going drama with your sister, right?

TJR: Popular culture is the dominant culture. It tells us so much about ourselves, and what we value. 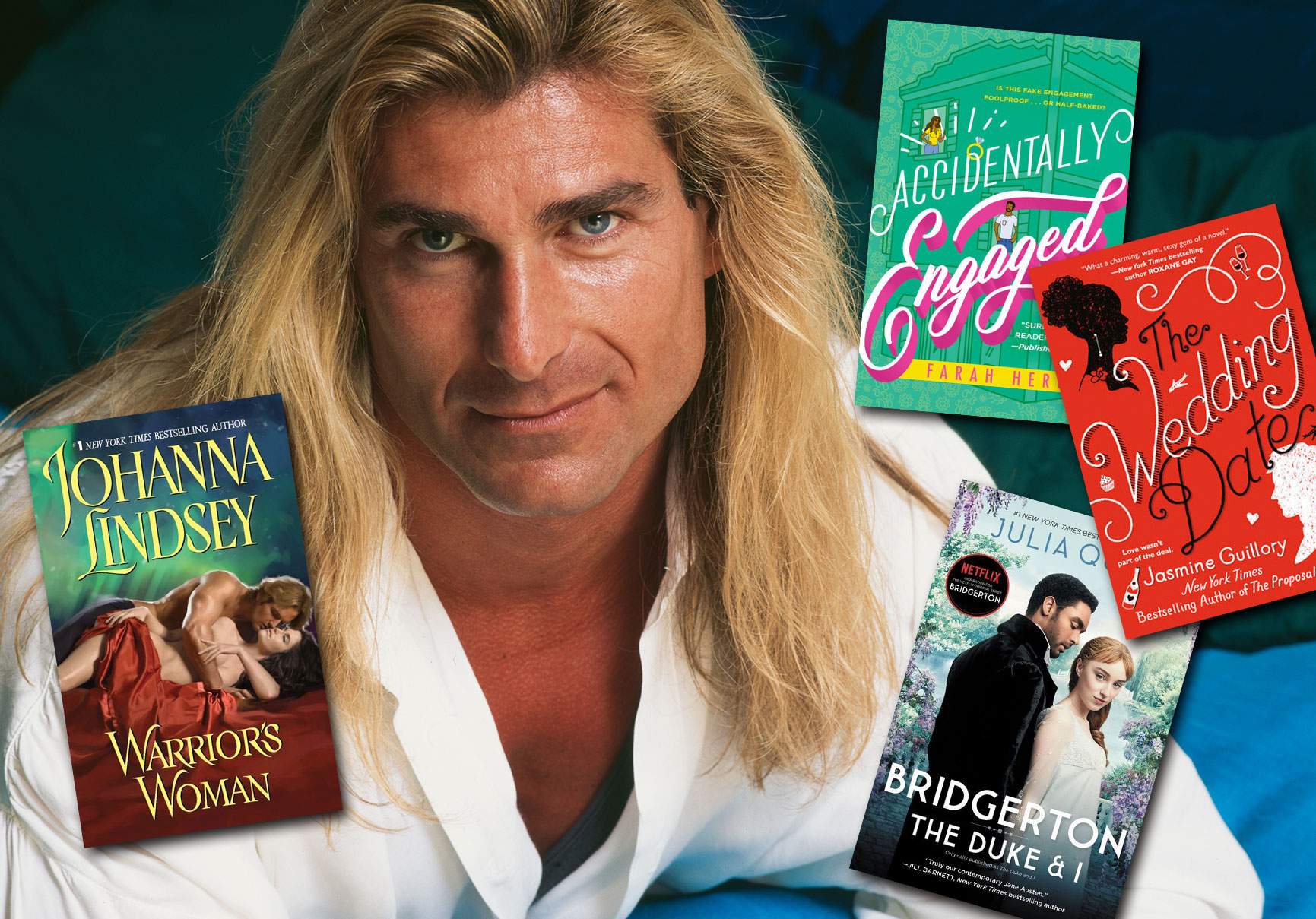 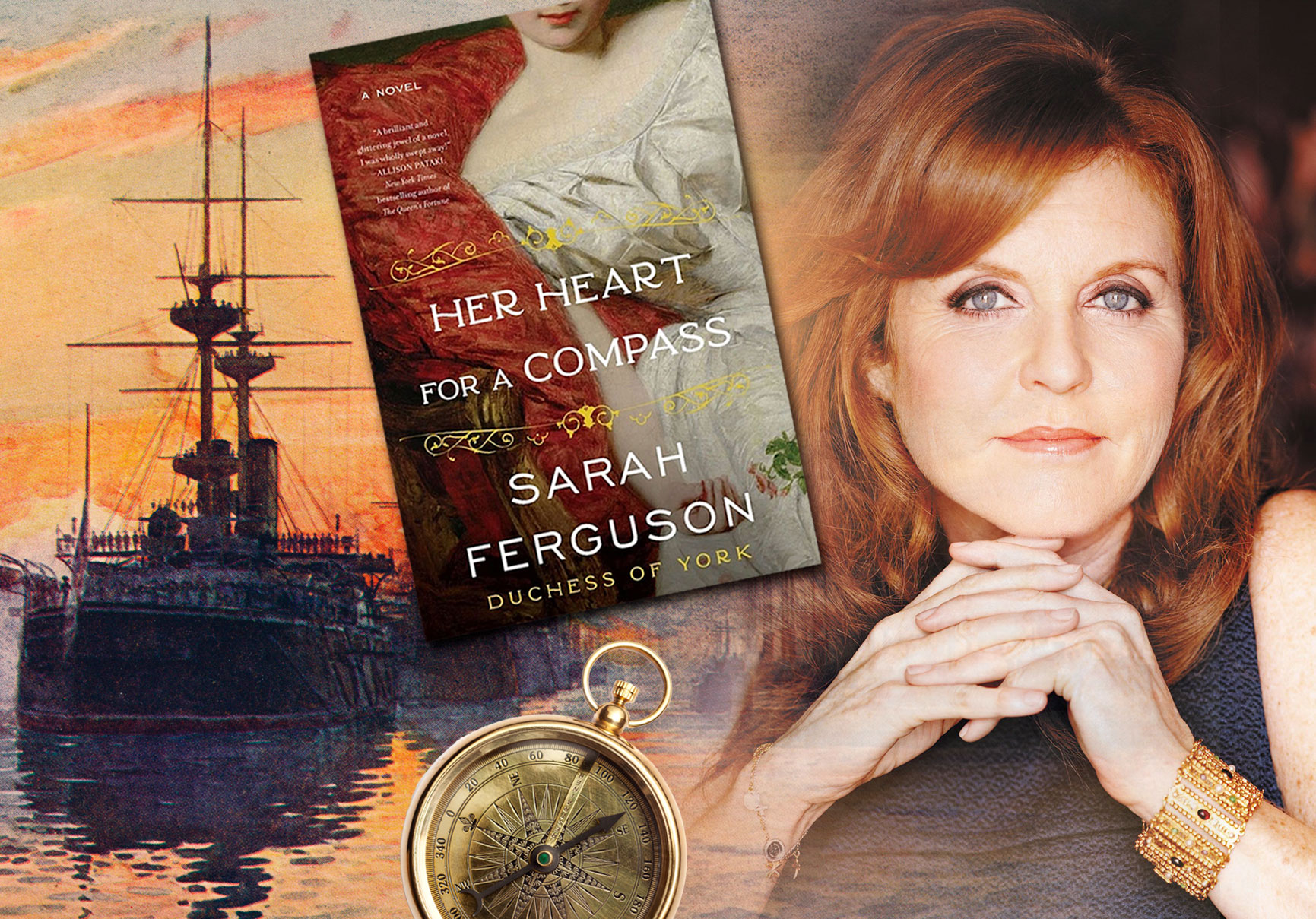