U.S. author Kathy Reichs, who publishes her 20th Bones book on July 6, says she and her cat-loving, geeky heroine are 'one and the same' / BY Trish Crawford / July 6th, 2021

She’s a wife, a grandmother of six, a professor and anthropologist, but forensic science has always been Kathy Reichs’ calling card, in real life and in the pages of her Temperance Brennan series.

On July 6, the day before her 73rd birthday, Reichs publishes The Bone Code, her 20th story about Brennan, the cat-loving science geek who solves cases with her detective boyfriend, Andrew Ryan.

Reichs and her alter ego have both experienced a cerebral aneurism, with successful operations behind them. “I know her very well, because she’s me,” Reichs says in an interview before an afternoon break to play with the grandkids, ranging in ages from 5 to 11, at her beach house in Charleston, S.C.

They call her “Grancie,” which she says is an Irish endearment. Born Kathleen Toelle in Chicago, Ill., she got her BA in anthropology at the American University in Washington, D.C., and a PhD in physical anthropology at Northwestern University in Evanston, Ill., in 1975. She became a professor at the University of North-Carolina, Charlotte, and from the early ‘80s, she also worked as a forensic consultant in Quebec and North Carolina. Reichs, who begins her workday at 8 a.m. and ends at 1 p.m., started writing fiction about 25 years ago to help put her three kids through college. Her first book, 1997’s Déjà Dead, was a New York Times bestseller and won the Ellis Award for Best First Novel, in part due to interest in the O.J. Simpson trial two years before, which attracted massive media coverage of forensic evidence. Before the former professional football player was  acquitted in the stabbing deaths of his ex-wife and her friend, people were fascinated by testimony about blood-splatter patterns, knife-blade trajectories, time of death analysis – not to mention the fit of a glove – and they gravitated to Reichs’ stories about the evidence Temperance Brennan uncovered from the skeletons and corpses on her examination tables.

Next came Death du Jour and Deadly Décisions. The French flourishes in her titles were a nod to her connection to the province of Quebec, where she was a consultant for its Laboratoire de Sciences Judiciaires et de Médecine Légale, in addition to her work for the Office of the Chief Medical Examiner in Charlotte, N.C.

She deliberately chose Montreal as a venue for Brennan’s work, since she knew it well and felt it would be “exotic” to American readers. It is a place she loves and misses since the pandemic shut down the border, as she has many friends there.

In real life, Reichs helped gather and identify the remains of the victims of the 9/11 attacks in New York and testified in Rwanda at the UN Tribunal on Genocide, and the dedications at the front of her books illuminate the major events in her personal and professional lives.

Death du Jour, published in 1999, is “to all who survived the great Quebec Ice Storm of 1998.” In 2001, it was a shout-out to her three children, Kerry, Courtney and Brendan, who had all graduated from university by the time Fatal Voyage was published. Her 2002 Grave Secrets was for “The Innocents” who died in the 9/11 terrorist attacks and those she exhumed from a mass grave in Guatemala. “I have touched their bones, I mourn them,” she wrote in the preface. In her 2009 book 206 Bones (the number in the human body), she applauded peers who, like herself, had been certified by the American Board of Forensic Anthropology. “The exam was a bear, but we did it,” read the dedication in a book about malfeasance by laboratory staff. It also contains an epilogue discussing how The Innocence Project has used DNA tests to free hundreds of imprisoned people who were convicted with faulty scientific evidence, and calls for certification for all “experts,” so judges and the courts know they have been held to the highest standards. The Bone Code is dedicated to her husband of 52 years, retired lawyer Paul Reichs, and was inspired by news items about the human genome, which got her thinking about the possibility of genetic tinkering for evil purposes. After a hurricane, a medical container washes up on shore with two decomposing bodies inside, and the search to identify them leads Brennan to one of her cold cases. There’s also a flesh-eating plague that touches on current fears awakened by the COVID-19 global pandemic, even though she started the book a year and a half before.

Reichs gets her ideas from news, and keeps a file for upcoming stories. When asked in a follow-up email if the tragic news about human remains found at former residential schools in Canada was something her main character could help with, she agrees that Brennan has expertise in the area, but Reichs only has sympathy for grieving Indigenous peoples. “It’s a very sad situation,” she wrote.

Reichs is aging Tempe, as she calls her heroine, although not as fast as the flesh-and-blood author, and has no plans to retire either of them. “I enjoy writing,” she says. “I miss it if I’m on tour.” She doesn’t plot her books out in advance, but just runs with a central idea, preferring to write “by the seat of [my] pants.”

The Fox TV show Bones, which she helped produce, ran for 12 seasons beginning in 2005. Starring Emily Deschanel as Brennan and David Boreanaz as FBI agent Seeley Booth, Reichs was happy with the casting, particularly the chemistry between the two leads. But ending it in 2017 was the right decision, she says, with the show “going out on top.”

Reichs is at work on her next book, which is due Nov. 1, and her contract with Simon & Schuster requires at least one more. When asked to give a one-word clue about the topic of the 21st Bones book, Reichs says: “The tentative title is Cold Cold Bones.  Is that clue enough?” 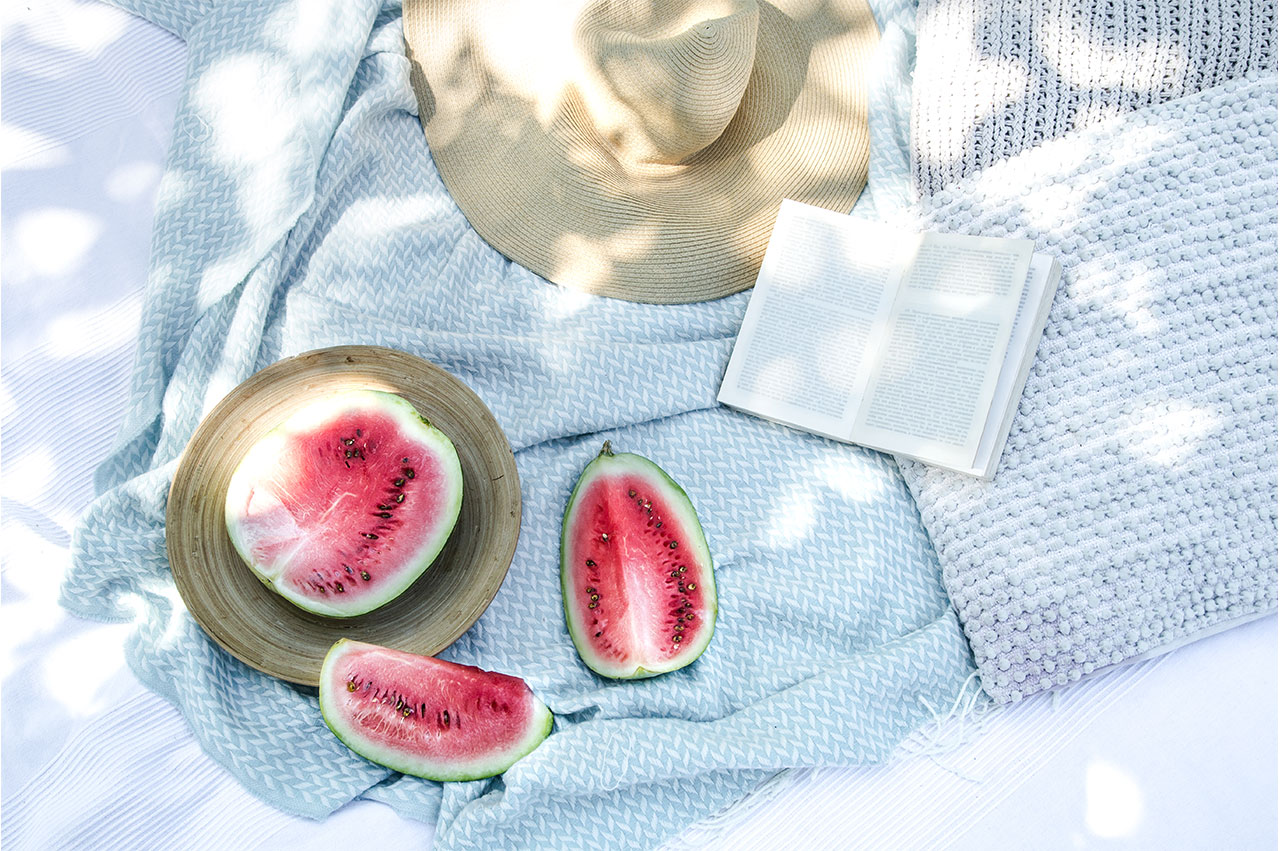 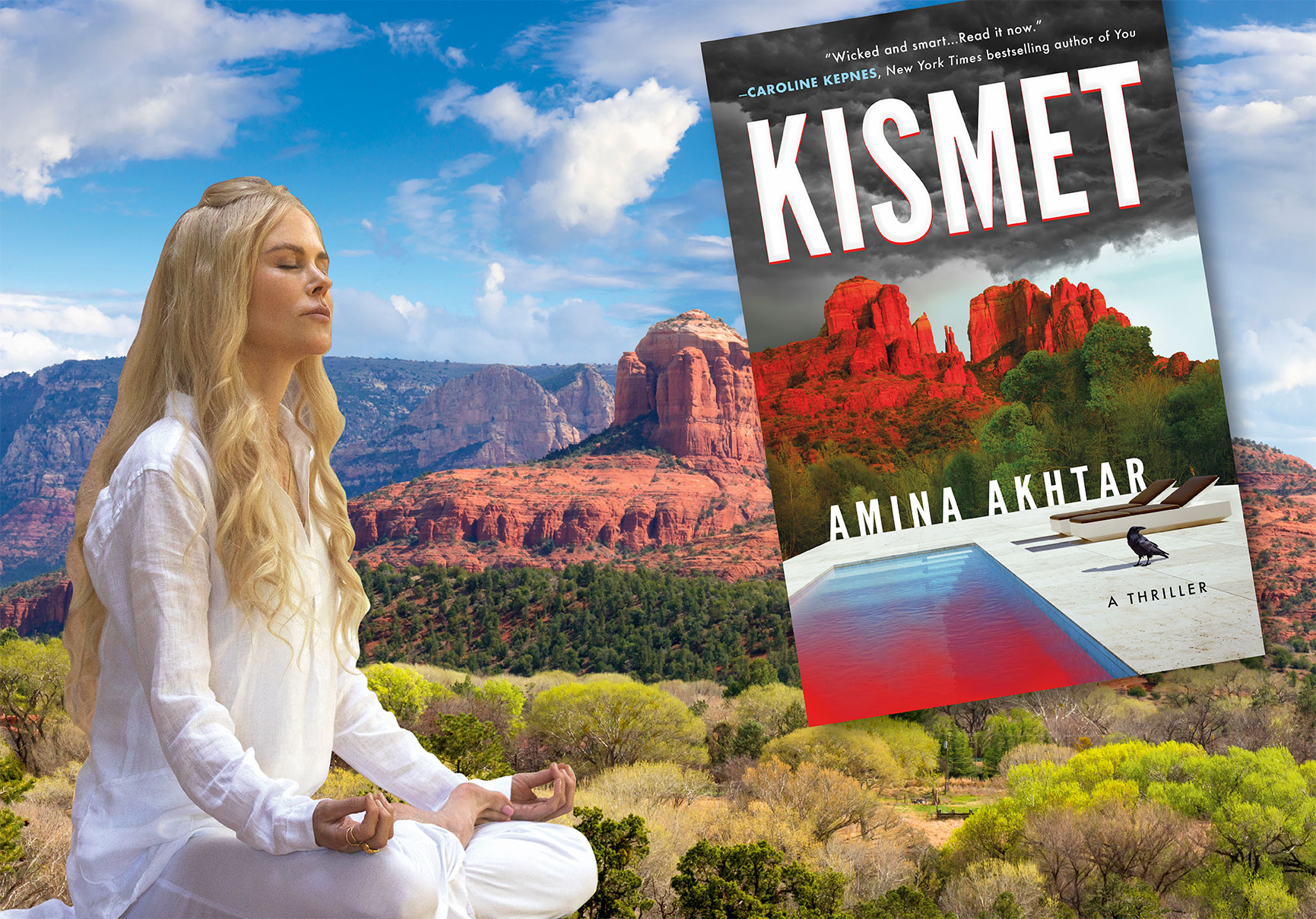 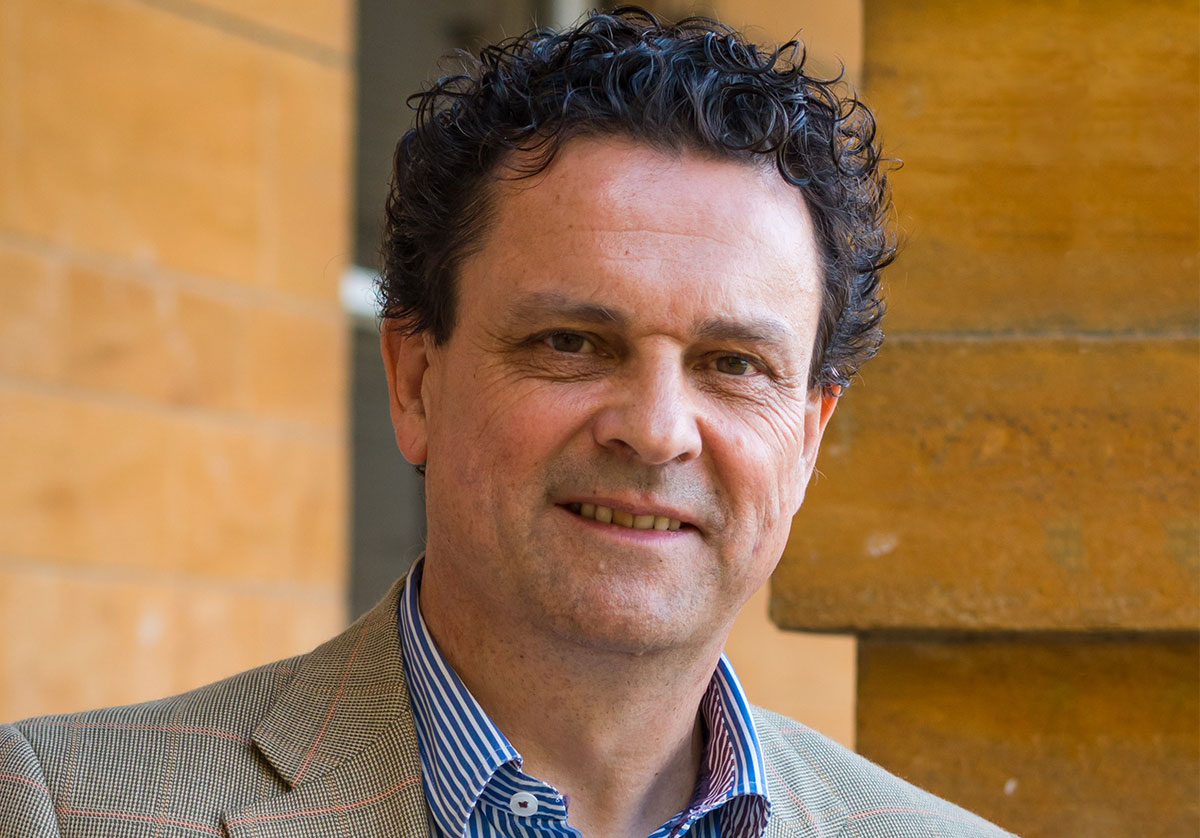 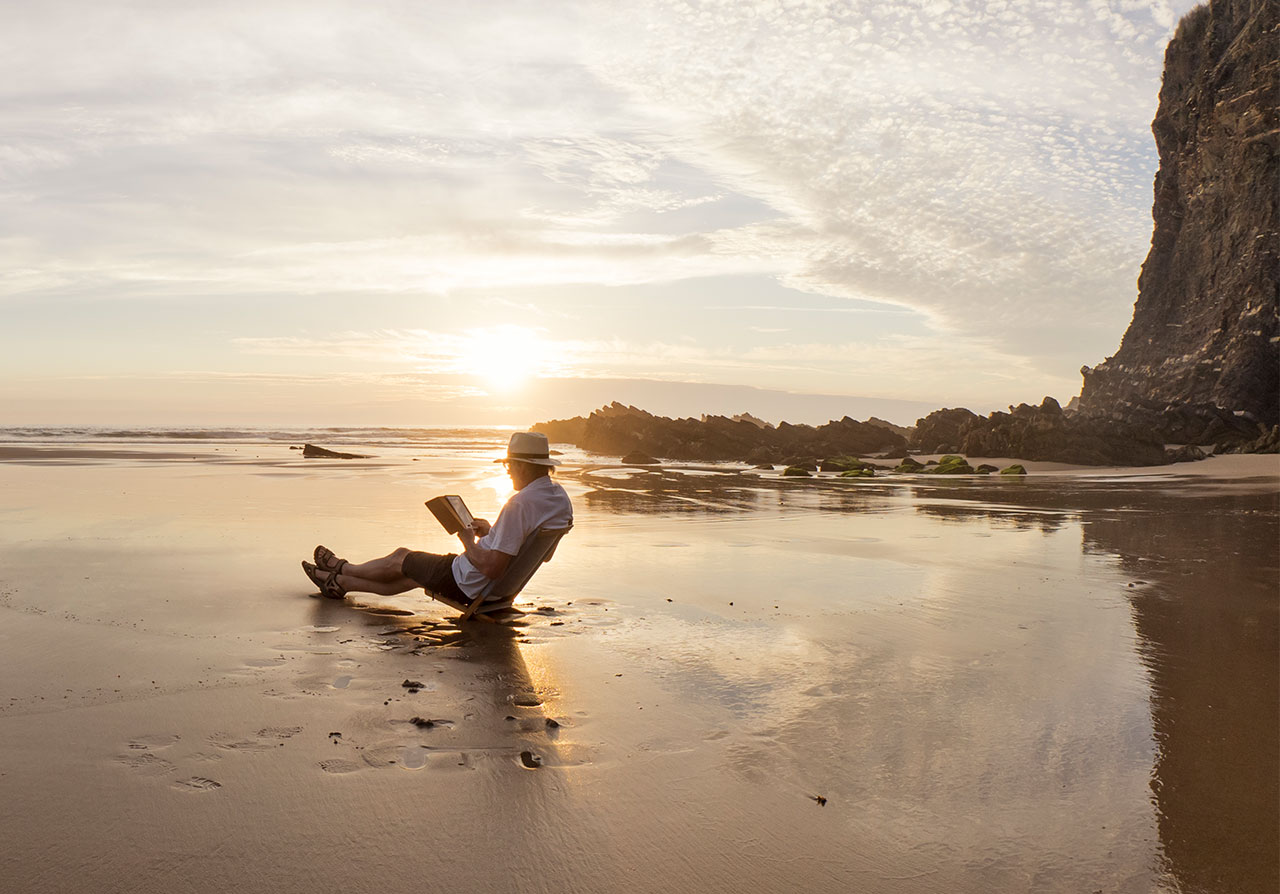 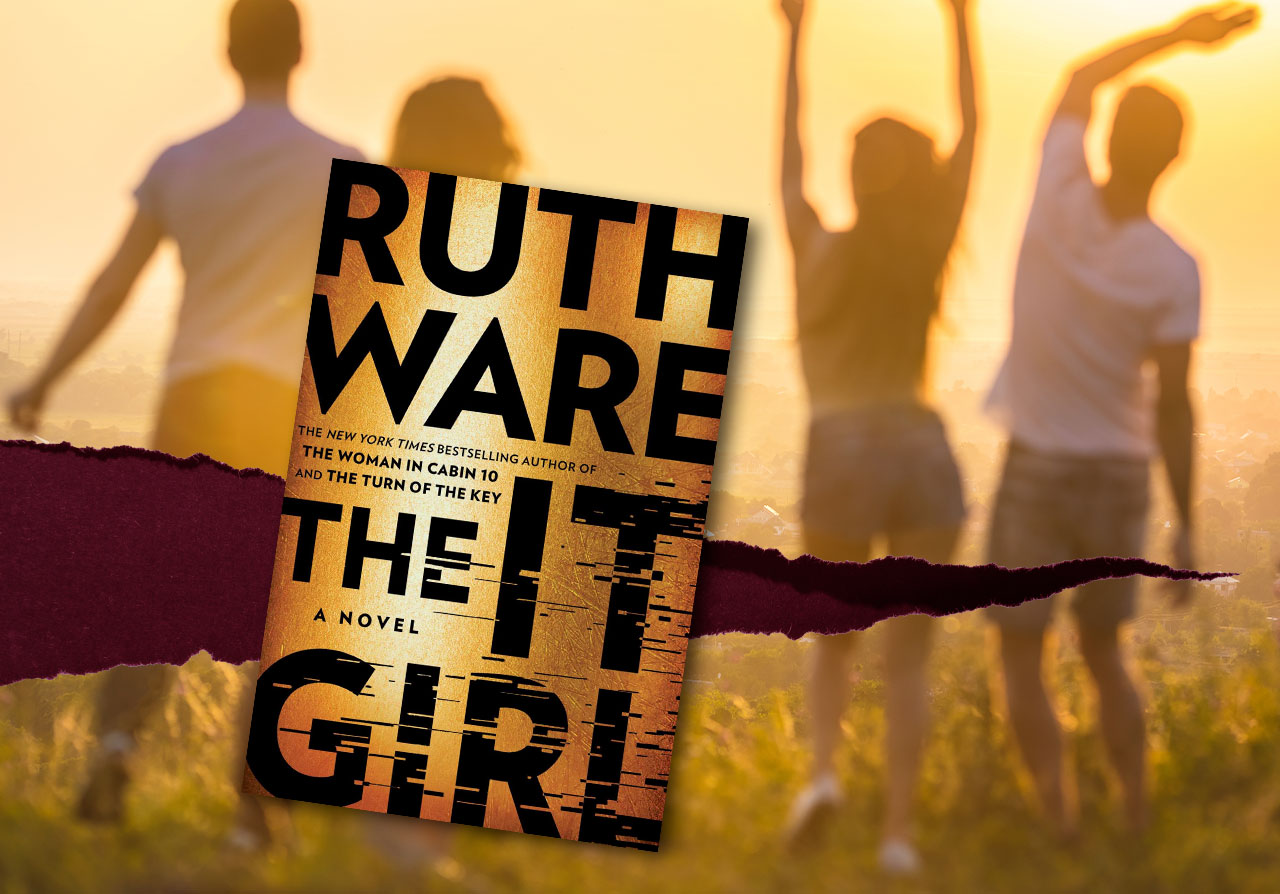 The It GirlIn a Q&A, British thriller writer Ruth Ware talks about her latest, being touted as the new Agatha Christie and how her books differ from other crime novels