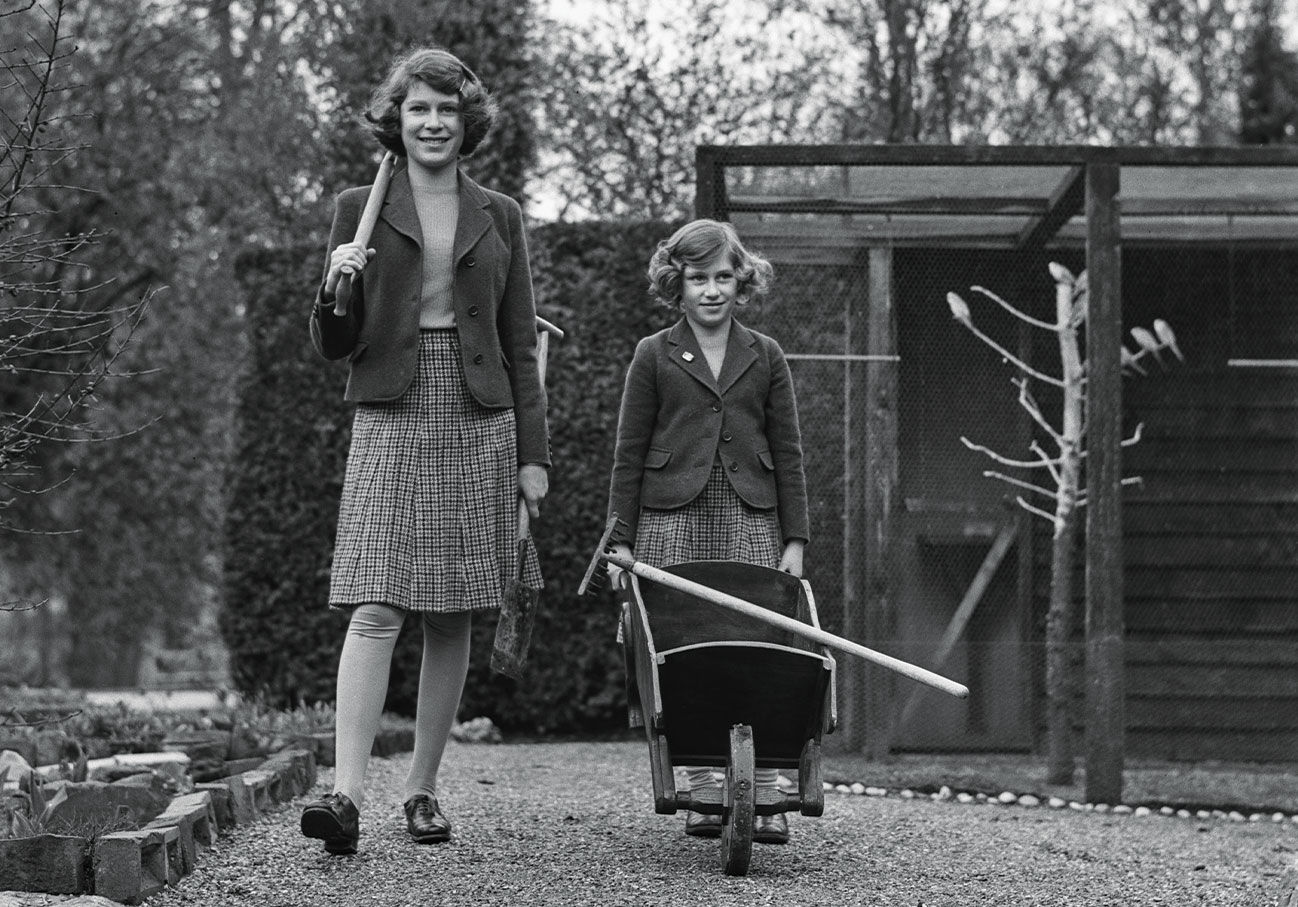 What we learned from the journals of Princesses Elizabeth and Margaret's BFF Alathea Fitzalan Howard, who bonded with the Royal Family at Windsor Castle during the Second World War. / BY Leanne Delap / July 23rd, 2021

Primogeniture was not kind to Alathea Fitzalan Howard. Had she been born male, she would have become the Duke of Norfolk. If you have watched any Tudor dramas, you will recall how powerful both the Norfolk and Suffolk dukes were during Henry VIII’s reign. The illustrious title, grand homes, Parliamentary power and robed roles in state events were not to be hers.

Nevertheless, wartime and noble family connections meant young Alathea was briefly gathered into the bosom of the Royal Family and intertwined in the lives of the young princesses Elizabeth and Margaret when they were sent to Windsor Castle to ride out the war. This is the story Alathea, who died in 2001, tells in The Windsor Diaries 1940 to 1945: My Childhood with the Princesses Elizabeth and Margaret, a book that is edited and presented by her niece, Isabella Naylor-Leyland.

The years at Windsor Great Park seem to have been the highlight of Alathea’s life. Her own family circumstances were quite unhappy (there are moving entries about her mother’s casual cruelties), and at 16 she was sent from London to live with her aged grandfather and maiden aunt for safety during the war. George V had given her grandfather, Lord Fitzalan of Derwent – a Catholic and the last Viceroy of Ireland – a grace-and-favour home called Cumberland Lodge a few kilometres from the castle. Alathea joined Girl Guides and took drawing and dancing classes with the princesses, and the time she spent with the royals showed her what a warm family felt like. She singles out the Queen Mum for being kind and welcoming to the young neighbour.

As she watched Princess Elizabeth, three years her junior, move from matching outfits with Margaret to a young woman secretly in love with the sailor she would someday marry, Alathea’s hope to be a lady-in-waiting was dashed. She finally wed, at 30, to a second-born – and thus untitled – man, who had been previously married. Her niece describes her aunt as “not physically attractive, with an odd gait.” Alathea, who never had the children she wished for, grew a bit batty over time, increasingly obsessed with the 18th century (as well as harbouring a vague belief she might be the reincarnation of Marie Antoinette). The Queen stayed on friendly terms with her former confidante, and Alathea was invited to Elizabeth’s wedding, although not the coronation. After Althea moved to Switzerland, she and the Queen occasionally had lunch when Alathea was in England for a visit. The Queen did send flowers to the hospital when her old friend was fading, and rang her discreetly on her deathbed.

Alathea was a faithful diarist, keeping a record of all her days from New Year’s Eve 1939 to her death. Diaries are a great British tradition, and I’m a huge fan of chronicles of English country life (I highly recommend the eccentric accounts of Debo, Duchess of Devonshire, one of the famed Mitford sisters, who writes a great deal about her chickens). Alathea’s daily recollections should be valued for the insights we gain into the everyday lives of the young princesses, whom she calls a “spark of youth and vitality among all the middle-aged people” around Windsor. And Alathea acknowledges the role that luck played in entering their lives. “They are friends now, which they never would have been had it not been for the war.” All in all, the young princesses, from the point of view of a fly on their nursery wall, had quite a happy life. Here are eight things we learn from this book:

Conditions weren’t so dire for the Royals

Yes, there was that sleepover in November 1940 when the princesses slept on bunk beds in a shelter a few miles from the castle and Alathea was put in an adjoining room. Heavy losses on the battlefields and grim news cast a pall over their lives, but there was still fun to be had.

We learn about the leisure traditions of the noble classes. They played a card game called bezique after tea! They rode Dartmoor ponies! The King went swimming with his daughter and her friends. Movie nights at the castle meant lots of Marx Brothers, and Alathea reveals the royal couple and their princesses laughed really loud in private. When there weren’t enough players for ice hockey on the pond, the royals drafted chauffeurs to fill out the team. All the soldiers stationed nearby made dances for the young princesses and their friends quite jolly; they didn’t replace the traditional coming-out festivities of normal life, but it they did provide somewhere to show off all that dance practice.

There have always been royal fashion reporters

Alathea has a blunt and frank style. She often disapproved of the princesses’ clothing, finding it ordinary or on endless repeat (it was the war, of course, but the sartorial frugality apparently began long ago). It is well known that the Queen Mum dressed her girls identically for a long time, and that made Elizabeth, in particular, look younger than her years. A royal fashion obsessive will take delight in the small things, such as the moment when, at age 16, Alathea notes Elizabeth has stopped wearing socks (a step on the road to grown-up clothes). Alathea notes that although their dresses were the same, Margaret’s had frills while Elizabeth’s pinafores were plainer.

Royal birthday parties involved presents, but the princesses were never allowed to open gifts from their friends on the day, so thank-you cards had to wait. This suited Alathea fine: she always treasured, and saved, handwritten notes from the princesses. The big “get” was an autographed holiday card. Alathea also saved all the playbills from the pantomime shows the princesses and their pals put on during wartime holiday parties.

The young Alathea chronicles how the “rules” at the palace shifted as the princesses grew. She describes “being perfectly at ease,” although admits she always knew her place. Things were quite one-sided, and she is always waiting for an invitation from the royals. In the early years, the kids ate together in the nursery, even into their teens. When the princesses were old enough to eat in the formal dining rooms, and guests were occasionally invited to dinners with the King, Queen and other visiting heads of state, their friends were sent downstairs when they weren’t part of the guest list. And there was curtseying to the King and Queen (referred to as K and Q in the diary) at all times.

The importance of names and titles

One of the more poignant diary entries describes how, in the early years of their friendship, Alathea referred to Princess Elizabeth exclusively as Lilibet. In fact, the naming of Harry and Meghan’s baby feels like a more intimate move after reading this book. Around 16, that shifts. There is much deliberation in Alathea’s diary about when to start calling her Princess Elizabeth. At this point, all entries in the diary switch from Lilibet to P.E. and from M. for Margaret to P.M.

The princesses had a pet reptile

The newspaper would have gone nuts if they knew the princesses had not just ponies and puppies, but a pet chameleon, which lived in a lilac tree.

Elizabeth always had the temperament of a ruler

Like her father, Elizabeth’s quiet and contemplative nature was clear even to her young friend. Lilibet, writes Alathea, “is very matter of fact, incurious” and of “even temperament.” This was in comparison to Margaret, who danced circles around everyone. I would dispute the incurious part, but remember, our faithful diarist was still a child herself, so the true definition of incurious may have eluded her.

Philip and Elizabeth definitely kissed before they were engaged

Here is the real juice. Alathea records Philip sent Elizabeth and framed portrait of himself as a gift at Christmas in 1945. Princess Margaret confided to Alathea that her sister hugged the picture to her chest and danced around the room for joy. This nugget is not included in the book, but in the afterword, Alathea’s niece plucks an entry from 1947 that confirms, as rumours of the Princess Elizabeth’s engagement swirled, she had it on good authority that they most certainly had already shared a kiss. 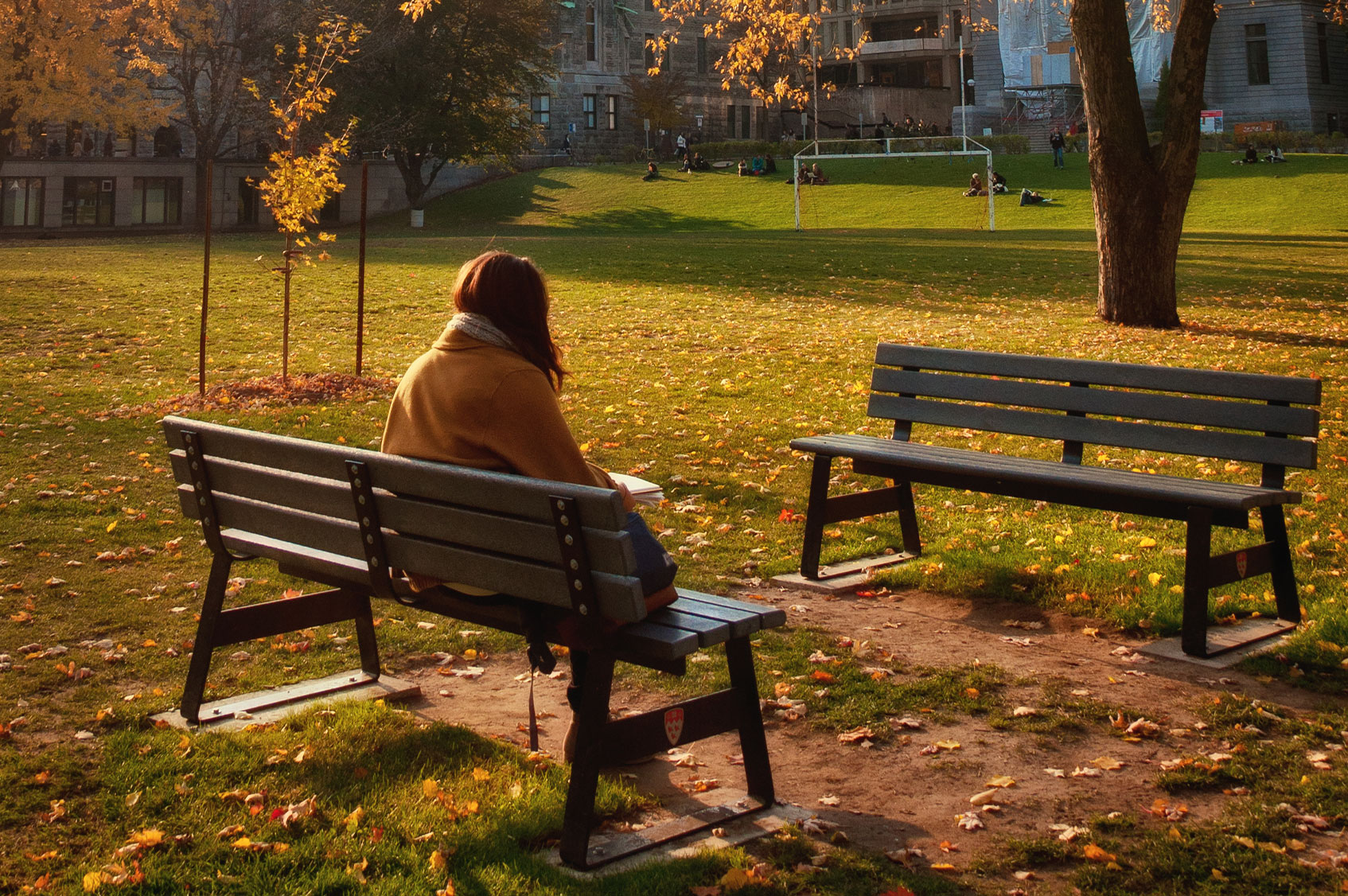 7 Books To Indulge Your Back-to-School NostalgiaThese stories will transport you to the schoolyard or campus, from a poignant, coming-of-age novel to psychological thrillers to a true-crime whodunit 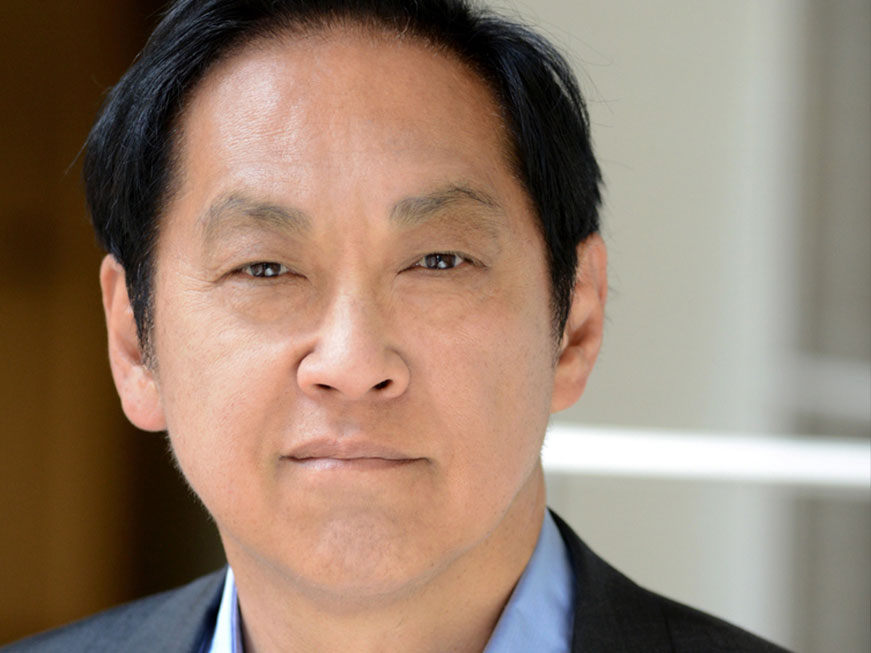 Bruce Kuwabara on a memoir about addiction, “A Fine Balance,” and Hanya YanagiharaThe Toronto starchitect loves novels and non-fiction, and looks foward to reading "Red Oblivion" by his niece, Leslie Shimotakahara 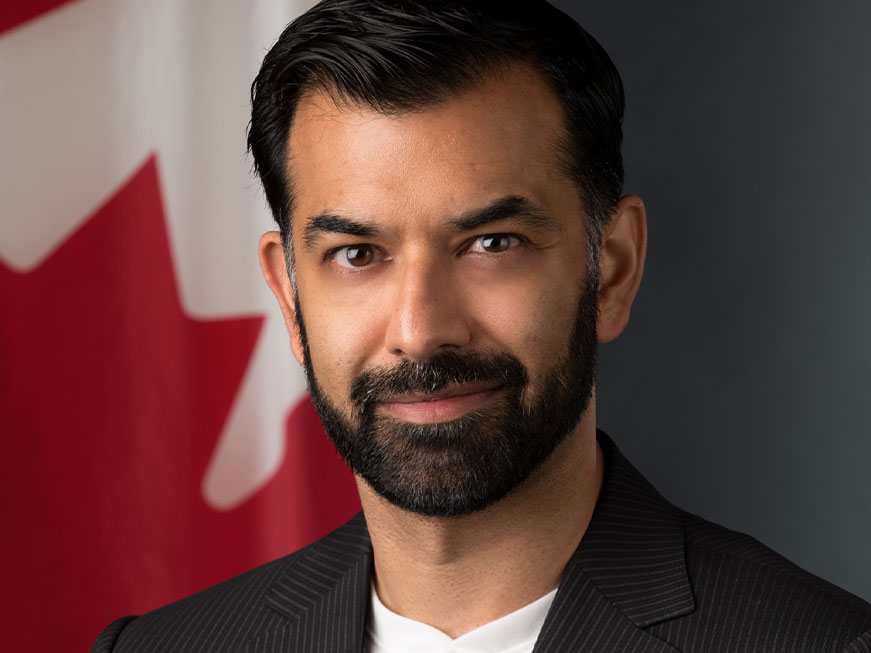 Zaib Shaikh on a New Edition of “The Babur Nama,” “The English Patient” and Dining with ShakespeareThe Little Mosque on the Prairie actor, now a diplomat in Los Angeles, says "The Autobiography of Malcolm X" changed his perspective 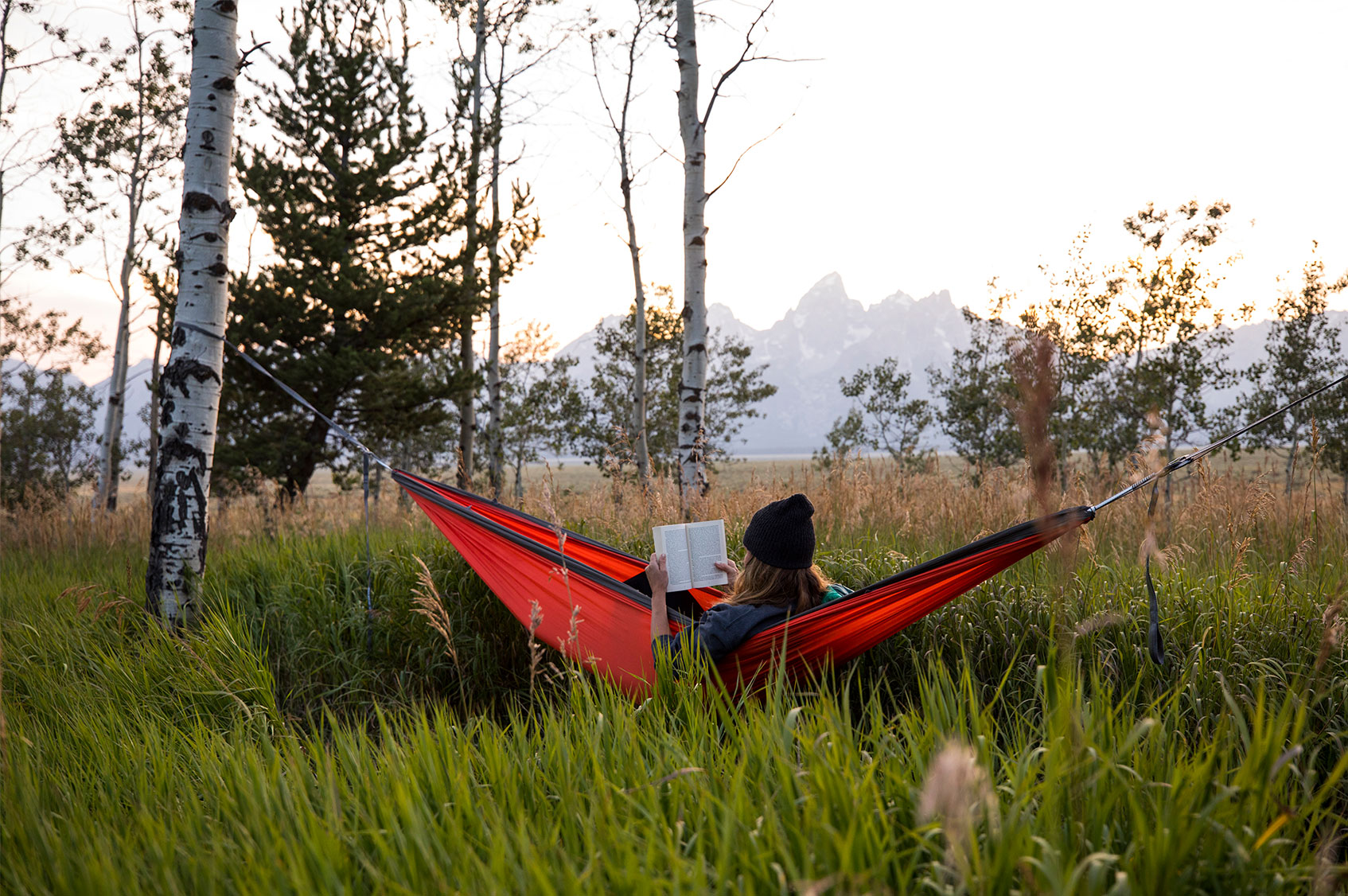 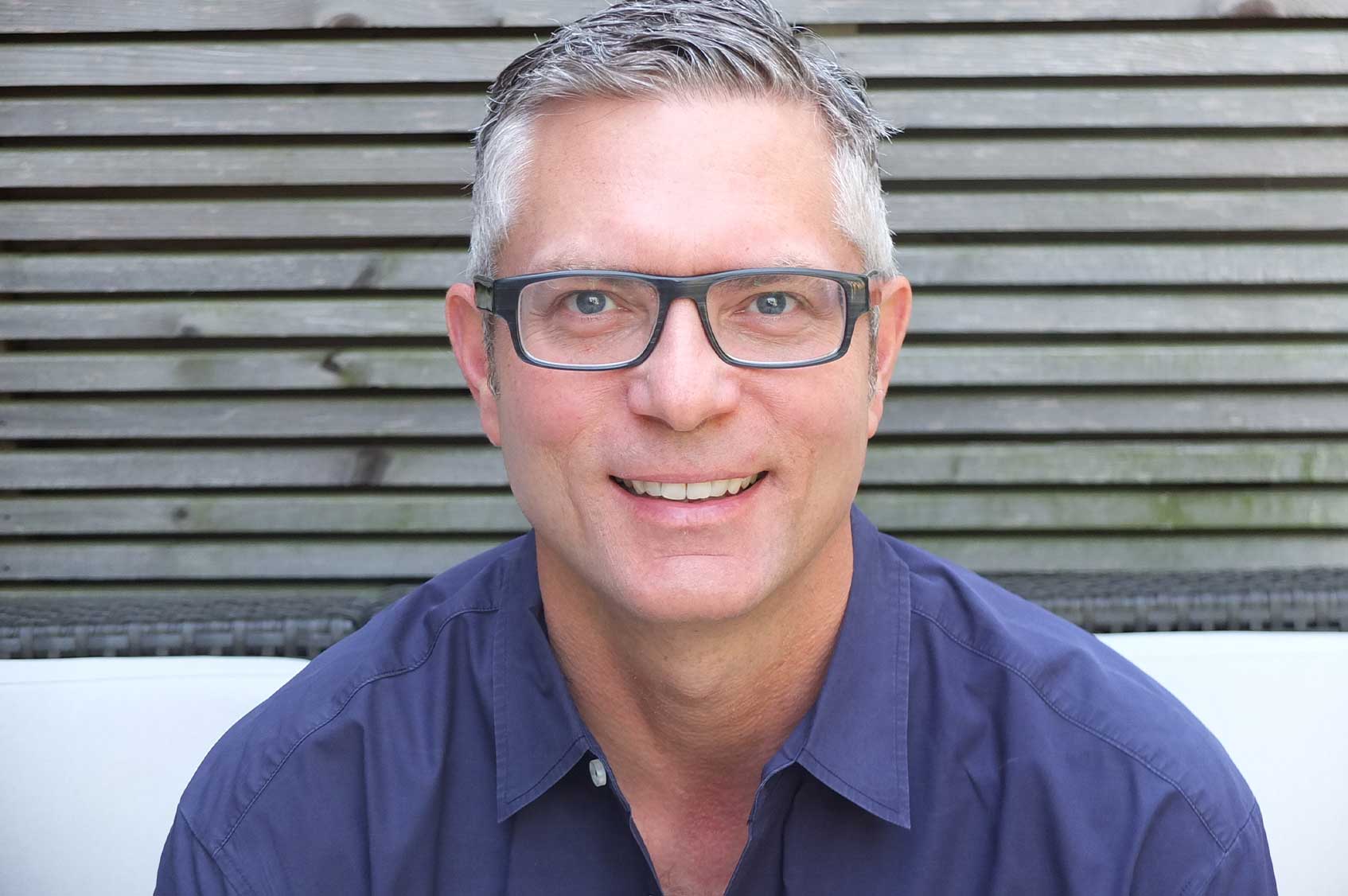