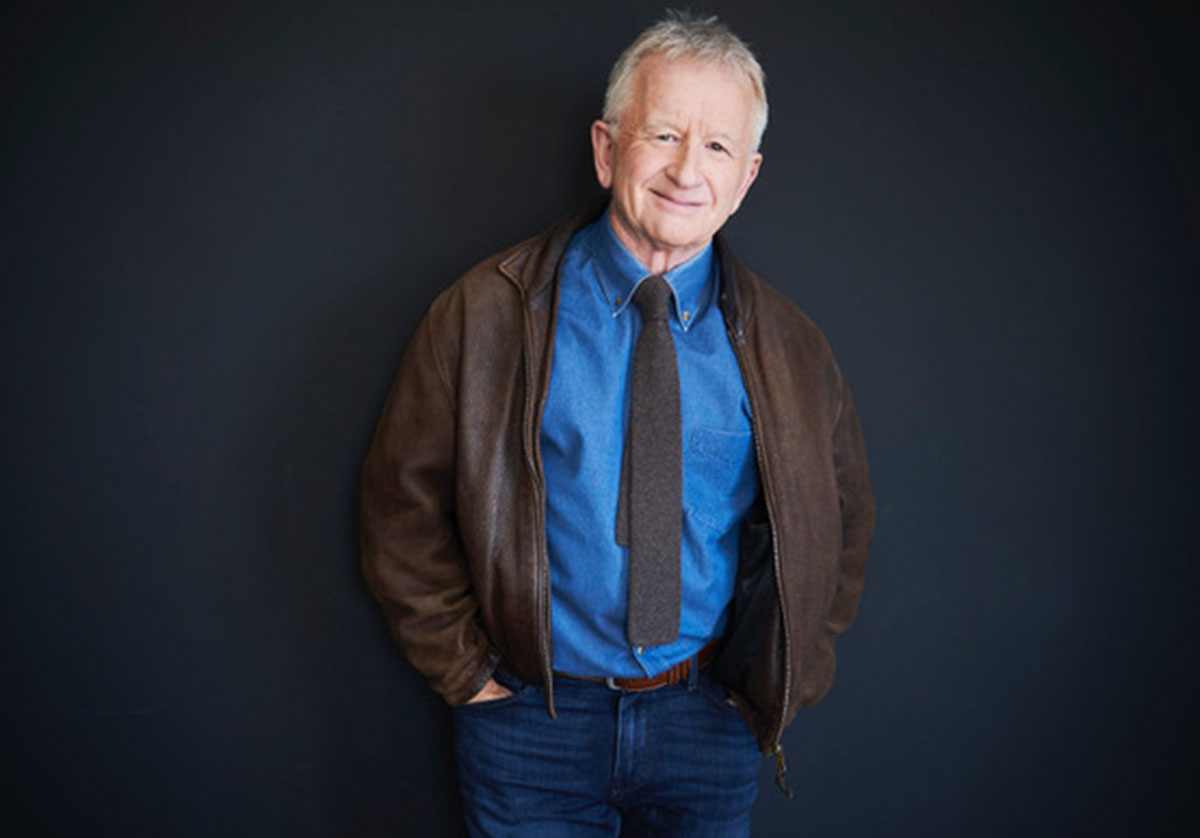 In this Q&A about his memoir, James talks about his interest in Nova Scotia history and live-streaming shows from his living room / BY Jane Doucet / September 28th, 2021

Award-winning comedy legend Ron James’s first book, All Over the Map: Rambles and Ruminations from the Canadian Road, is more than just a funny memoir. The book mines many of James’s life experiences: His childhood in Halifax; a history degree at Acadia University (Class of ’79) in Wolfville, N.S.; an unsuccessful stint as an actor in Los Angeles; the unglamorous side of life on the road and at home; a string of TV series and specials; and the postponement of in-person performances during the pandemic. Peppered throughout are hilarious, and sometimes heart-wrenching, stories of the interesting characters he met along the way.

At 63, James has taken everything life has thrown at him with humour, heart, and the humility of a Maritimer who hasn’t forgotten his roots. Jane Doucet talks to him about his love of history and language, what he finds funny, and what’s coming next. Jane Doucet: Much of your book, and your comedy, references history. Why such an interest in the past?

Ron James: I have to tip my hat to my family and the history of Halifax, where I grew up. It’s one of the oldest cities in Canada. A great sense of history was imparted through family stories and through the place itself, like the Halifax Explosion in 1917, and the wars. A generational spirit of people and place is imperative if you’re going to embrace any sense of belonging.

JD: Why did you choose to study history at university?

RJ: My interest in history led me to Acadia, but I had no idea where it was going to take me. I thought I would teach school. Then in second year I took an English class, and it was, bingo! I remember stepping onstage in Our Town and trying to stop shaking and to remember my lines. My university experience confirmed that I could do comedy, and people there encouraged me. Acadia gave me the springboard and a stage to explore those qualities in myself and believe in them enough to follow them.

JD: It’s clear that you’re extremely well read. Have you been a lifelong reader?

RJ: Yes! I love language and respect the written word. I read everything, and try to mix it up. As a kid, I read the Classics comic books, Farley Mowat, Robinson Crusoe and other adventure stories. Then came Hunter S. Thompson, Cormac McCarthy and Alistair MacLeod. More recently, Thomas King, Michael Crummy, Linden MacIntyre and Richard Wagamese. I also read The Globe and Mail, The Guardian, and The Atlantic, especially when I’m researching new shows. When I’m on the road, I listen to audiobooks.

JD: How did All Over the Map come to be?

RJ: Random House approached me. My editor Tim Rostron came up with the title after seeing my live show. It’s perfect! It took three years for me to finish the manuscript. When I was an out-of-work actor in L.A., I started writing down my thoughts and things that happened to me in Moleskine notebooks. That led to my one-man show, Up and Down in Shaky Town: One Man’s Journey Through the California Dream. My voice came from a wellspring of memories from back home. I just wish I’d started journaling sooner and done more of it.

RJ: I was pretty disciplined. I got up. Had coffee, a banana and yogurt. Stretched. Then I sat down and wrote. I busted a few keys on a keyboard! At the height of the pandemic, I found a solace in writing about “what was”– my book is about people actualizing their dreams. The book launch was delayed a year because of the pandemic, but the silver lining was that, under lockdown, I hunkered down and got it done.

JD: During lockdown, you streamed live comedy shows from home. What was that like?

RJ: It was an absolute challenge at first, but once I embraced it, I found my comfort zone. It was hard not to hear the audience laugh, but you leave pauses when you know people are laughing. We sold 3,500 tickets to my 2020 New Year’s Eve special, Hindsight is 2020, which was shot in my living room. We had an enthusiastic audience, and I’m planning to do another one this year. I mean, at our age, who wants to go out at night when it’s cold?

JD: Who makes you laugh?

RJ: I lean more toward the satire of the Smothers Brothers, Richard Pryor and Monty Python. John Cleese and Billy Connolly are comedy heroes. There’s a bit in my book about meeting Billy at Just For Laughs, and another about meeting comic god Don Rickles there. I’m an easy laugh when someone’s funny, but I grow uncomfortable very fast if they’re not.

JD: Your fans must be excited about All Over the Map. Will you be able to do a cross-Canada, book-signing tour?

RJ: We thought Ontario would work in October for a stand-up tour, but with theatres at only 50 per cent capacity because of certain municipal bylaws related to COVID-19, we felt it best to cancel. At this time, we are currently in a wait-and-see holding pattern for Atlantic Canada and B.C. during November.

JD: Now for the big question: Does Ron James have another book in him?

RJ: Yes! I haven’t started it yet, and I have no idea how to pull it off, but I have the concept. It’s something very different from this one. It’s fiction, but based on a true story. Five Canadians fought for General Custer at the Battle of the Little Bighorn (in what is now Montana). One of them was Jimmy Weeks, a 22-year-old man from Halifax. I want to tell the story in his voice.

RJ: Not until they put pennies on my eyes and I’m on the wrong side of the grass! 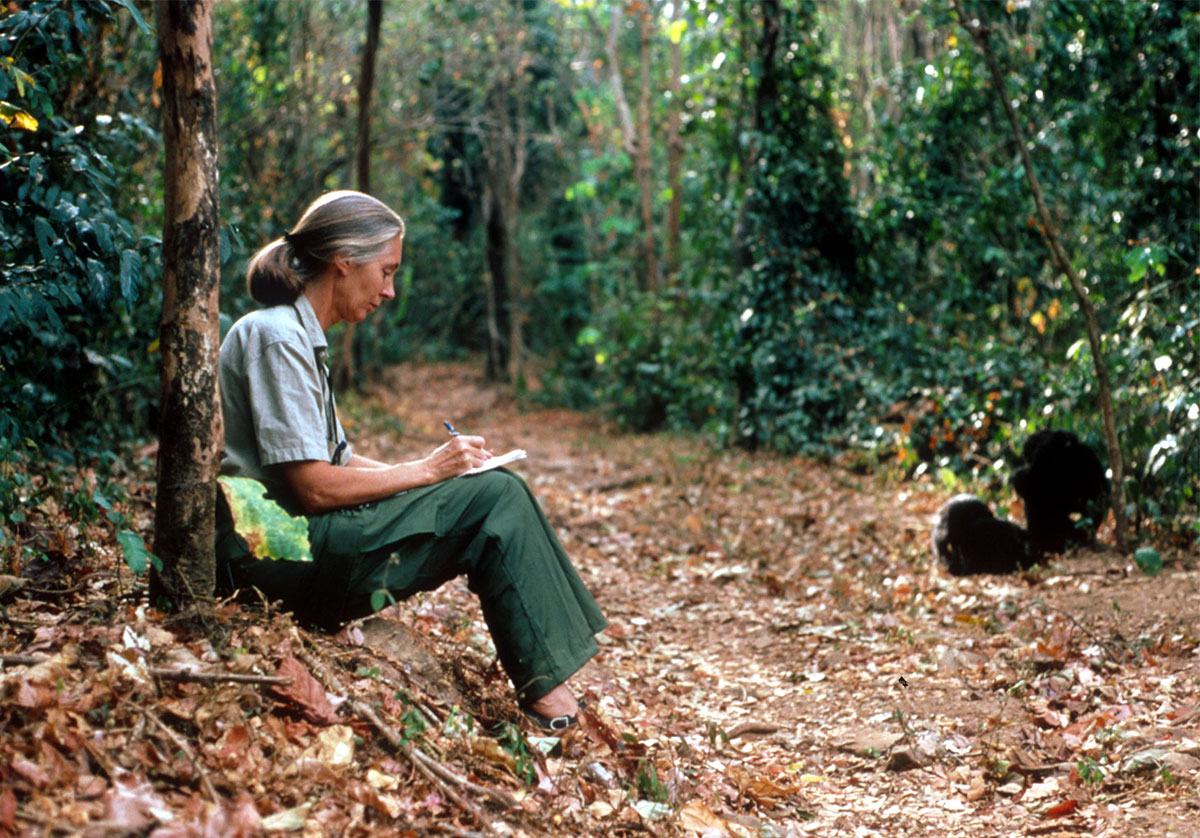 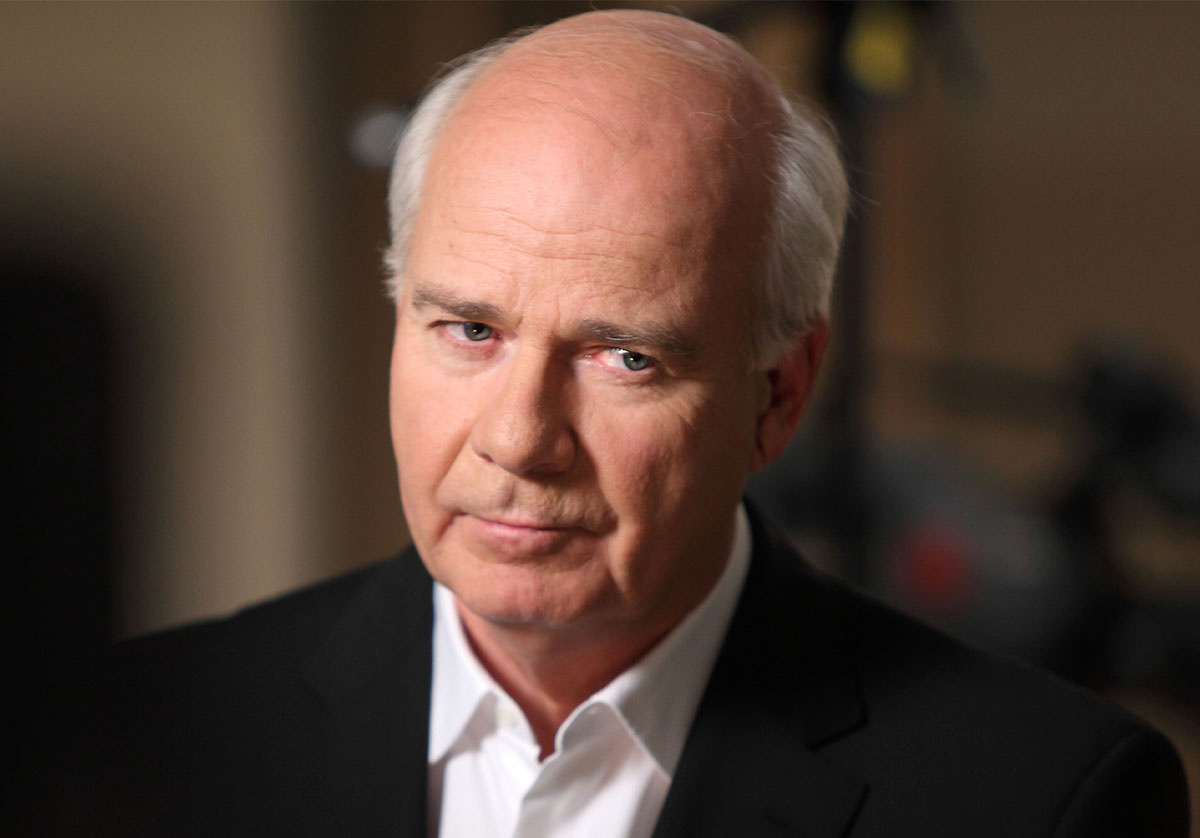 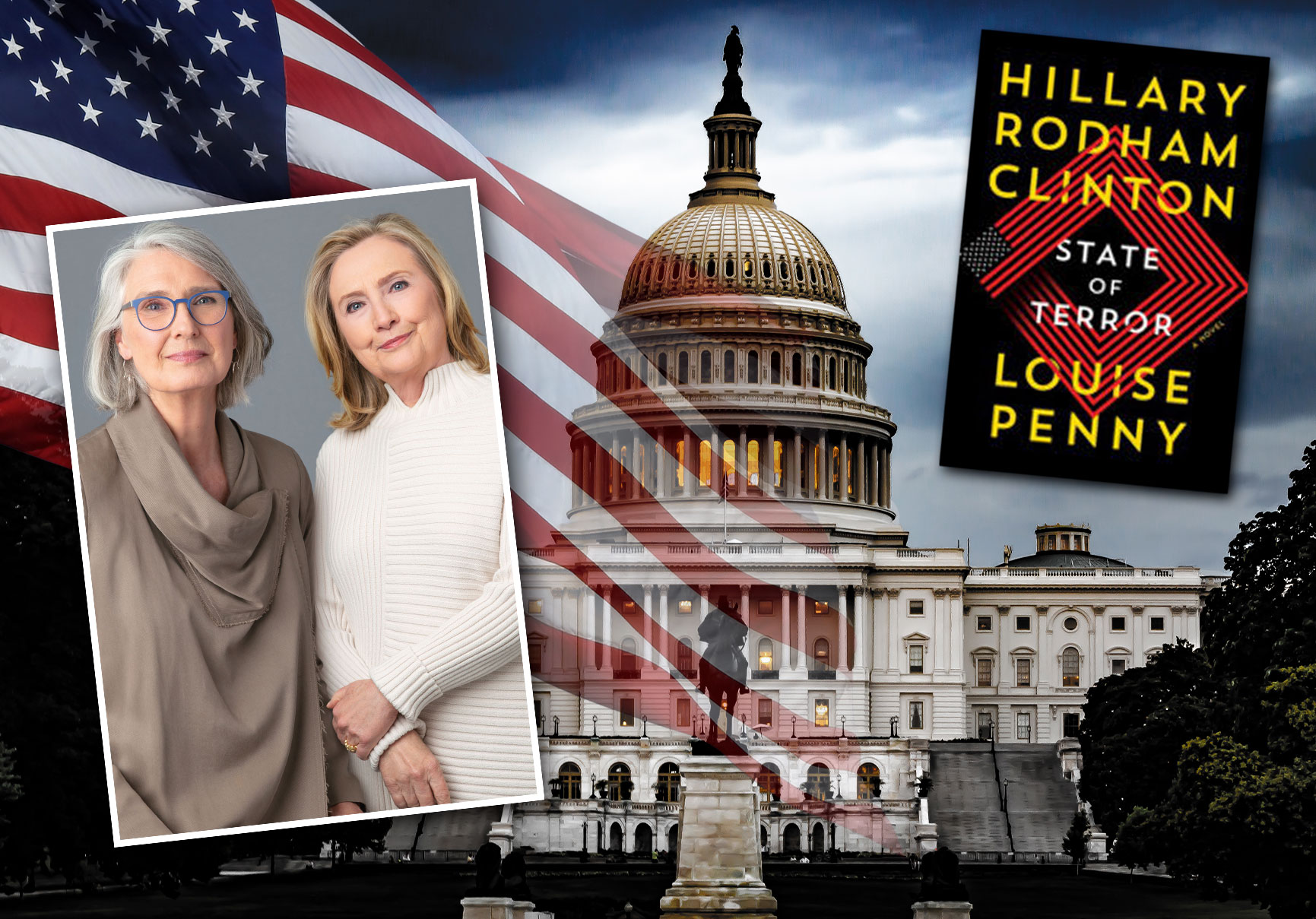 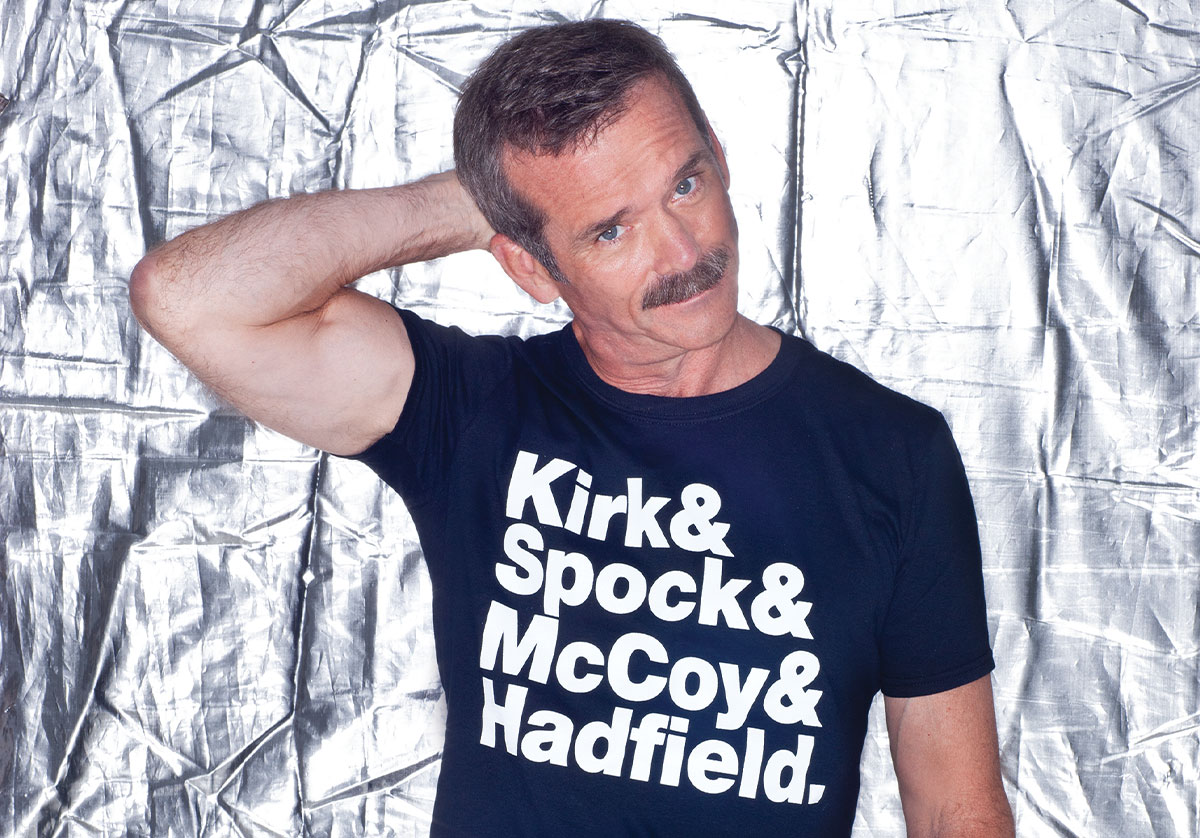 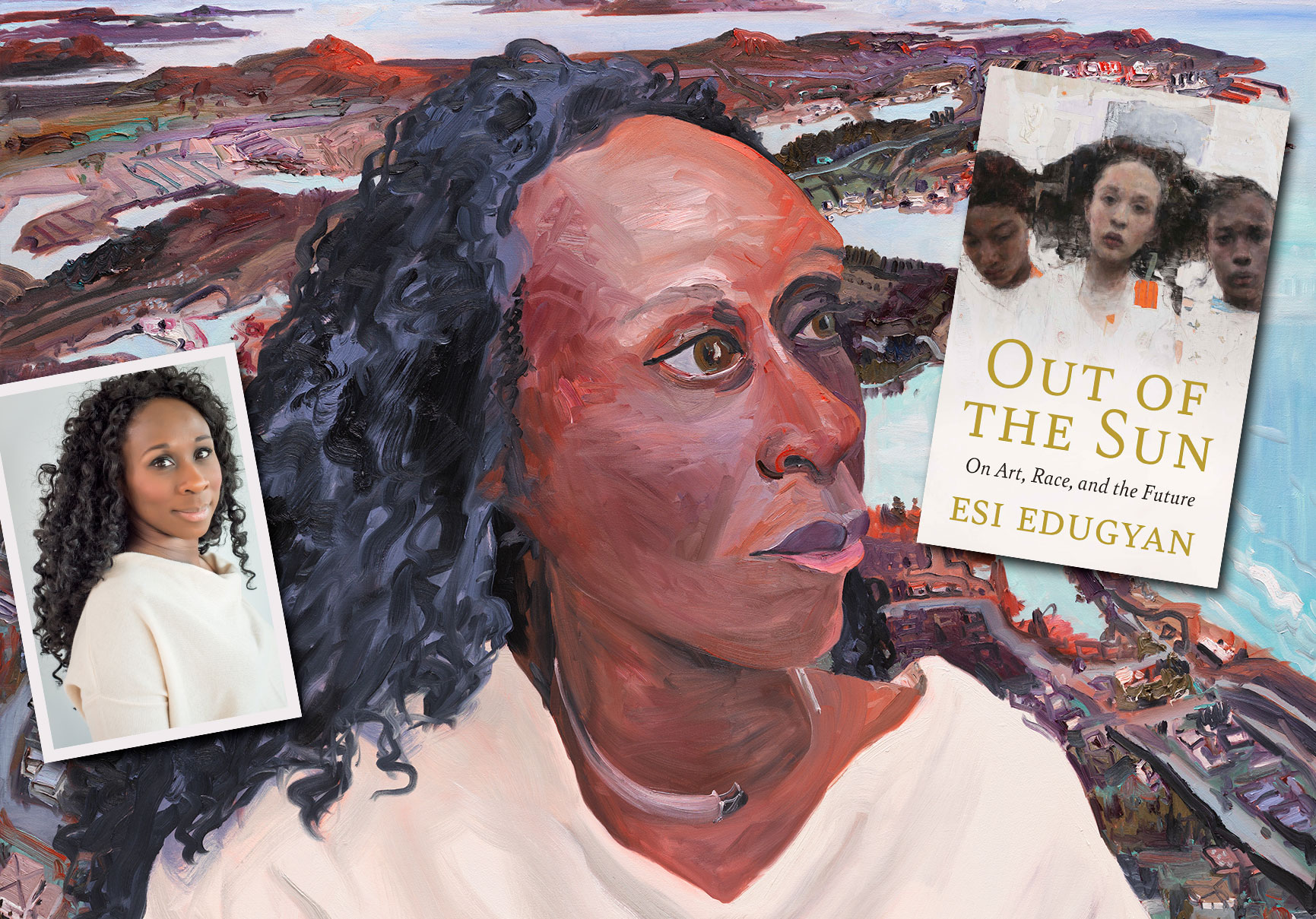