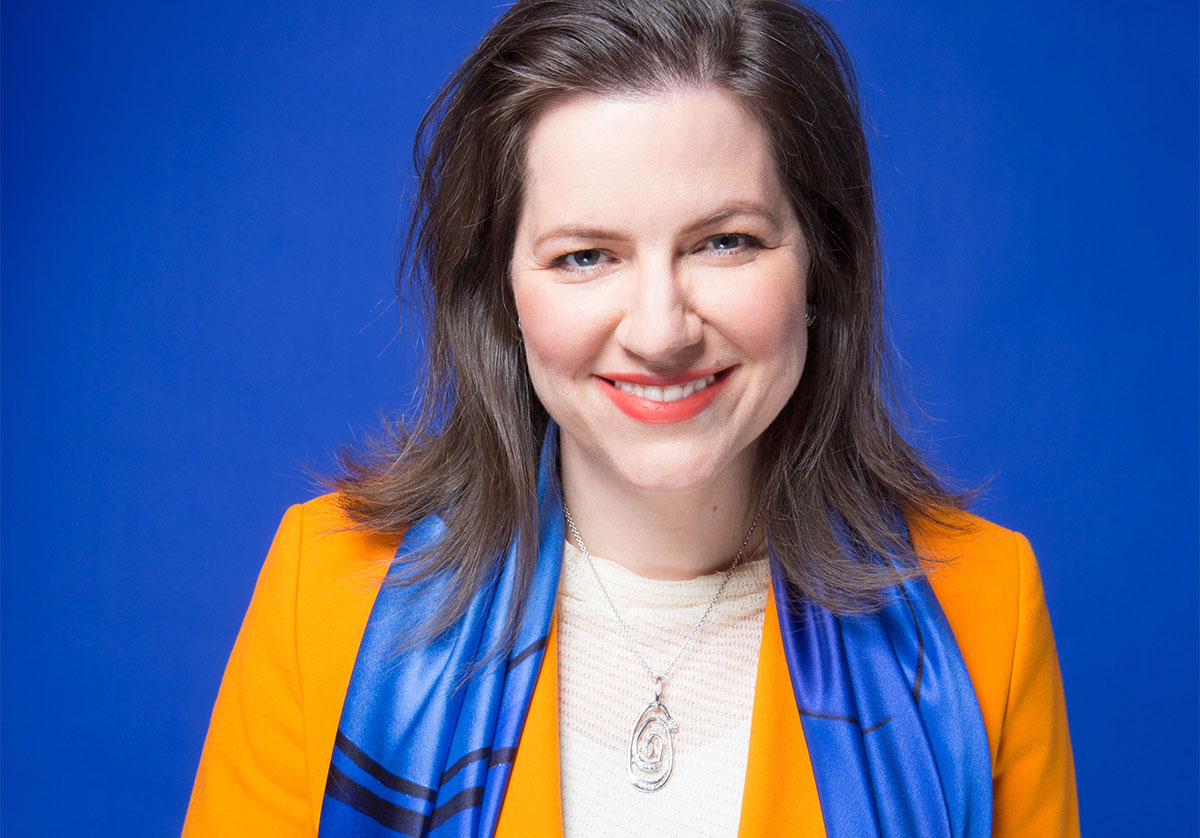 Eliza Reid, the Canadian-born First Lady of Iceland, shows what it's like to live in a progressive country with gender equality / BY Rosemary Counter / January 31st, 2022

What are the chances that Eliza Reid, an Ottawa farm girl studying at Oxford University, would fall in love with the only Icelandic student on campus? That she’d marry Gudni Jóhannesson and move to Reykjavík? That he’d fall into politics and win, becoming Iceland’s sixth and current president, making her first lady? In Iceland, actually, those odds aren’t as small as they seem. Zoomer chats with the author of Secrets of the Sprakkar about outstanding Icelandic women, stigma-free sexuality, Icelandic idioms and why she’s so much more than her husband’s wife.

Rosemary Counter: I’m sure you get this a lot, but your story is a little bit Princess Diaries. Can you tell the fairy tale once more?

Eliza Reid: Of course. I grew up on a four-acre hobby farm outside of Ottawa, studied at the University of Toronto and then went to graduate school in England. There I met a man from Iceland, we fell in love and moved to Reykjavík in 2003. We got jobs, got married, had four children together alongside his daughter from a previous relationship, built a life. Then in 2016, rather out of the blue, he ran for president of Iceland and won.

RC: It seems impossibly serendipitous, until you learn Iceland’s population is only 368,590 people. So small, actually, that your husband’s competition was your former boss.

ER: Everyone’s a big fish in Iceland, and everyone gets to wear a lot of hats. That you’re surprised to learn we’re so small – and I was too when I got here – really shows what a success story Iceland is as a country. It punches so far above its weight. I’ve lived here now for almost 19 years, but I certainly remember my first impressions. The air is incredibly clean and pristine, and the changing daylight hours are an adjustment. The people are incredibly adaptable, resilient and resourceful, and the society’s progressive and egalitarian.

RC: For a dozen years, Iceland’s been ranked No. 1 of countries advancing equality. Can you explain a sprakkar? How’s my pronunciation?

ER: You did pretty well! In Icelandic, you emphasize the first syllable. Sprakkar is the plural of sprakki, an Icelandic word that means “outstanding woman,” and it’s actually a grammatically masculine word that describes only women. It’s obscure, yes, but what I love about it so much is that there’s no equivalent that I have found in English. If you think of all the words we use to describe women [in English], how many are positive? I’ll let you have a think. RC: Um, hold on, wait. Everything is negative! Witch, crone…

ER: Exactly. The closest I’ve heard so far is valkyrie, which really isn’t close at all. Sprakkar don’t have be superhuman, or have achieved something big or been the first woman to do something. They just have to be themselves and live an authentic life.

RC: Wow, Iceland sounds an amazing place to be a woman – especially a mom. I assumed you had good parental leave and affordable day care, but the Icelandic government even subsidizes after-school activities for kids.

ER: As soon as I started having my own children, I really noticed these huge differences. There’s no expectation that you might not go back to work, or that fathers won’t be equally involved in childrearing. There’s also no stigma around abortion, but also none to being a single mother, or a young mother, or a mother of three with three different fathers. There is less of a definition of what a quote-unquote normal family should look like.

RC: You write about stigma-free sexuality in Iceland. I loved learning that slut shaming hardly exists, a “quarter to three” is the unofficial hook-up time when the bar closes, and about the word kvidsystur—women who have both slept with the same man.

ER: That’s a very special connection that exists because they slept with the same person. But this is not a gender paradise, and while Iceland is very proud of our achievements, the first word after that is usually ‘but.’ Yes, we’ve got great stigma-free sexual freedom, but we also have the highest rate of chlamydia. We’re not perfect. Since COVID-19, domestic and gender-based violence has increased and our shelters were filled. There is just one woman running a company on Iceland Stock Exchange. We can do better.

RC: Let’s play a little game where I throw an Icelandic phrase at you and you explain. For example, “the raisin at the end of the hot dog.”

ER: That’s like the cherry on top, or the icing on top of the cake. Something’s best part. Though nobody puts raisins on hot dogs here, that’s not really a thing.

RC: I’m so confused. How about, “Give it under the foot”?

ER: That means to flirt. If you give someone under the foot you’re flirting with them.

ER: That means, okay, let’s get on with it! You’re at work, standing by the water cooler, but you need to get back to work, you say, “on with the butter!”

RC: Love it! On with the butter! Can you tell me about your professional “baby”– the Iceland Writers Retreat?

ER: There’s no handbook on how to be First Lady of Iceland—they don’t even use that word, actually, the literal translation is “President’s wife”—but it’s so important to me to use my position on the national stage for something other than just being someone’s spouse. Several years ago, we founded the conference first for writers, but we’ve since added the Readers Retreat, for anyone who likes to read, which should be everybody. We offer literary workshops and lectures and tours around Reykjavík and the island. You don’t need to be a published writer and you don’t need to pitch a novel, you just go to be in a literature-loving environment. And then you get to see finally Iceland while you’re here. 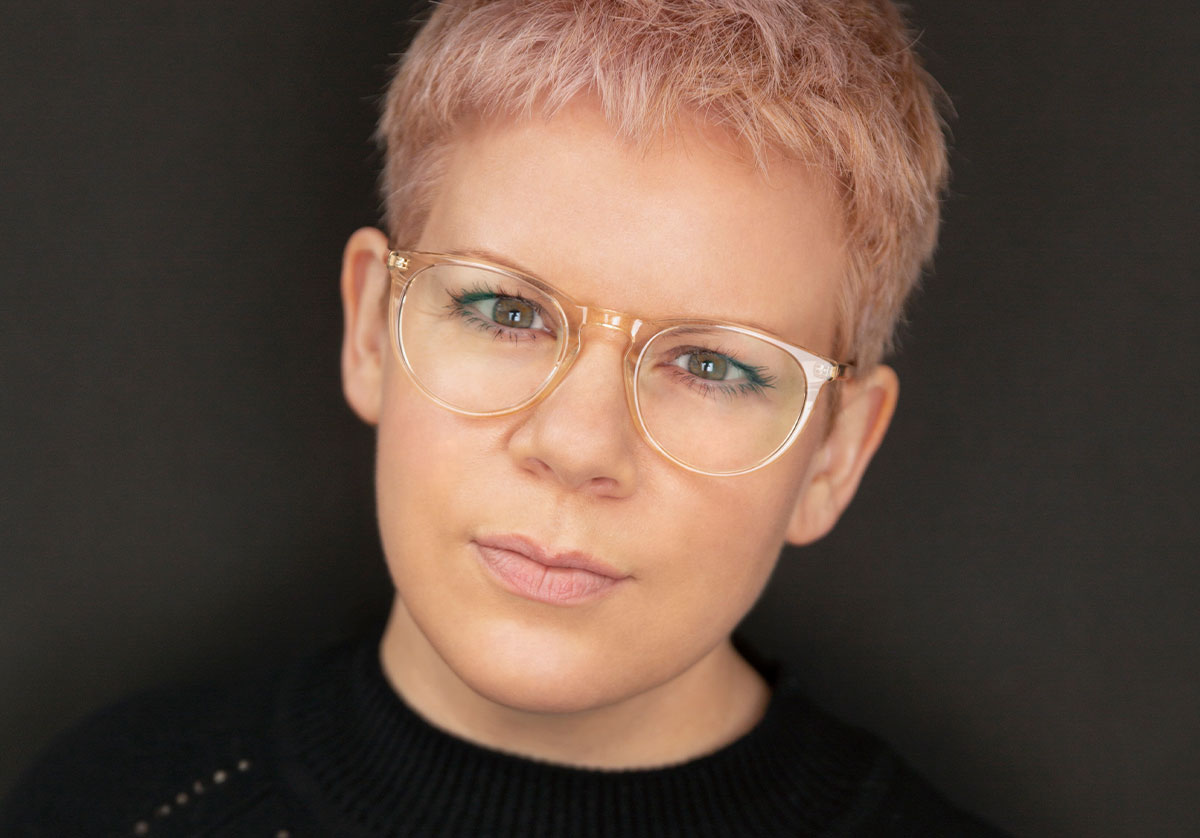 Let Me Be FrankIn her first book, comedian Tracy Dawson delights in historical stories about women “who dressed like men to do s--t they weren’t supposed to do.” 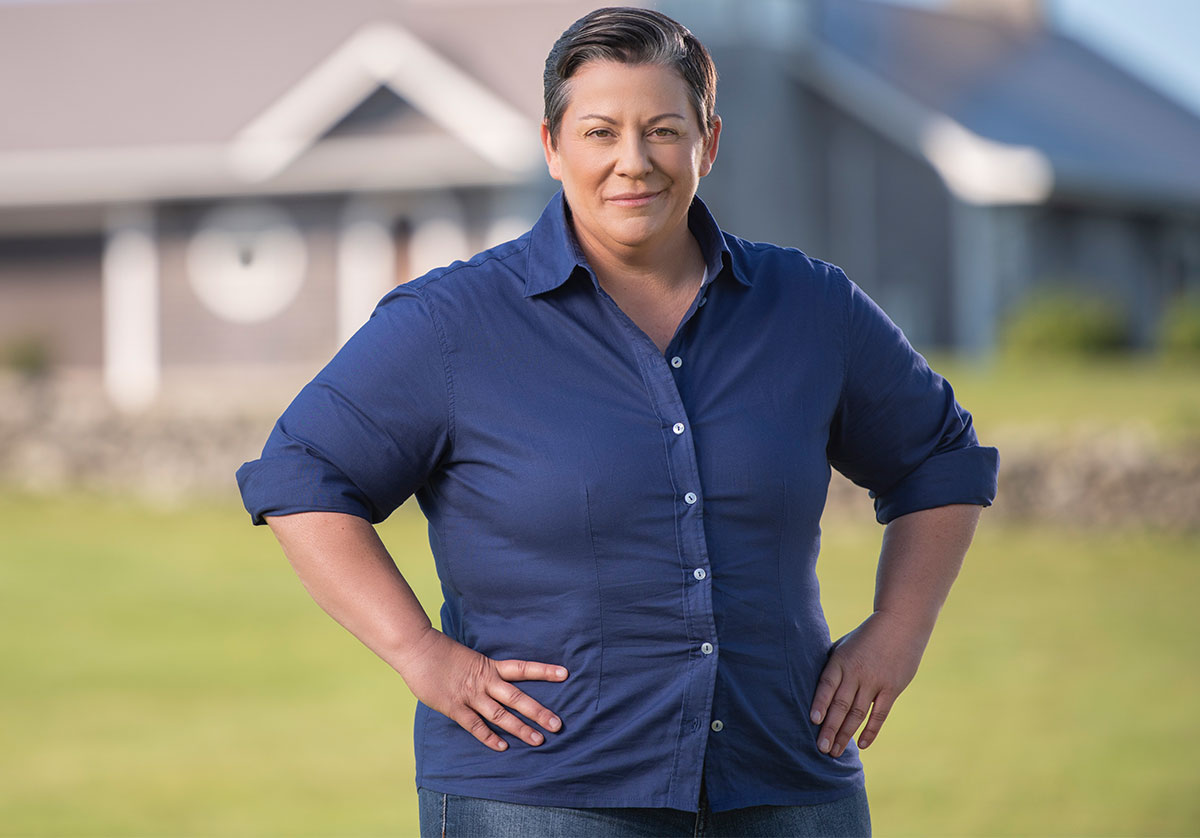 In a Fresh, Salty Memoir, “The Blue Collar CEO” Details How She Overcame Sexism in the Construction IndustryIn a Q&A with Nova Scotia entrepreneur Mandy Rennehan, a five-time winner on Canada’s Most Powerful Women list, she says she still has to flash her “don’t underestimate me” smile. 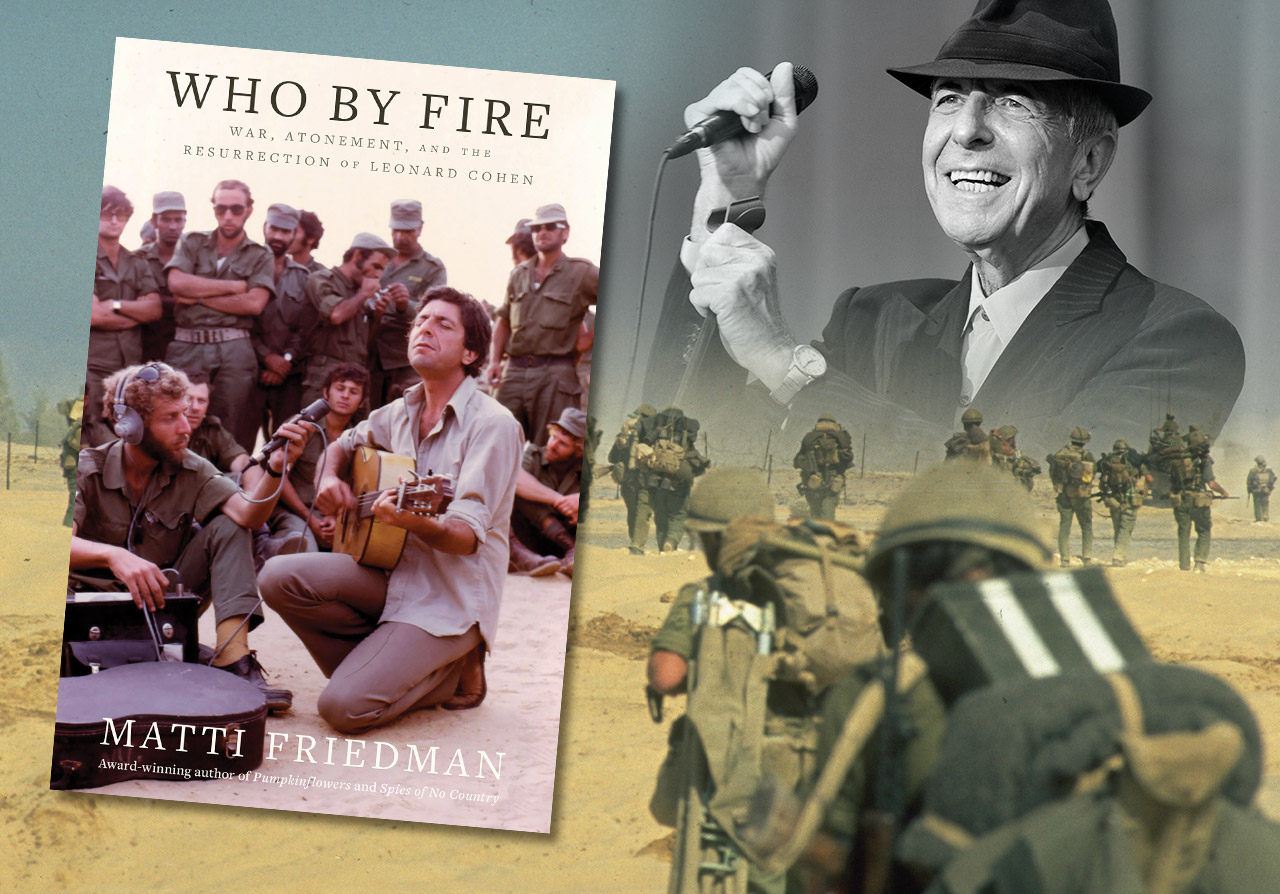 The Story Behind Leonard Cohen’s 1973 Concerts for Israeli Troops Fighting the Yom Kippur WarIn his book "Who By Fire," journalist Matti Friedman says the Canadian music icon is revered in Israel, because "during one of the darkest moments in Israel’s history, Cohen showed up." 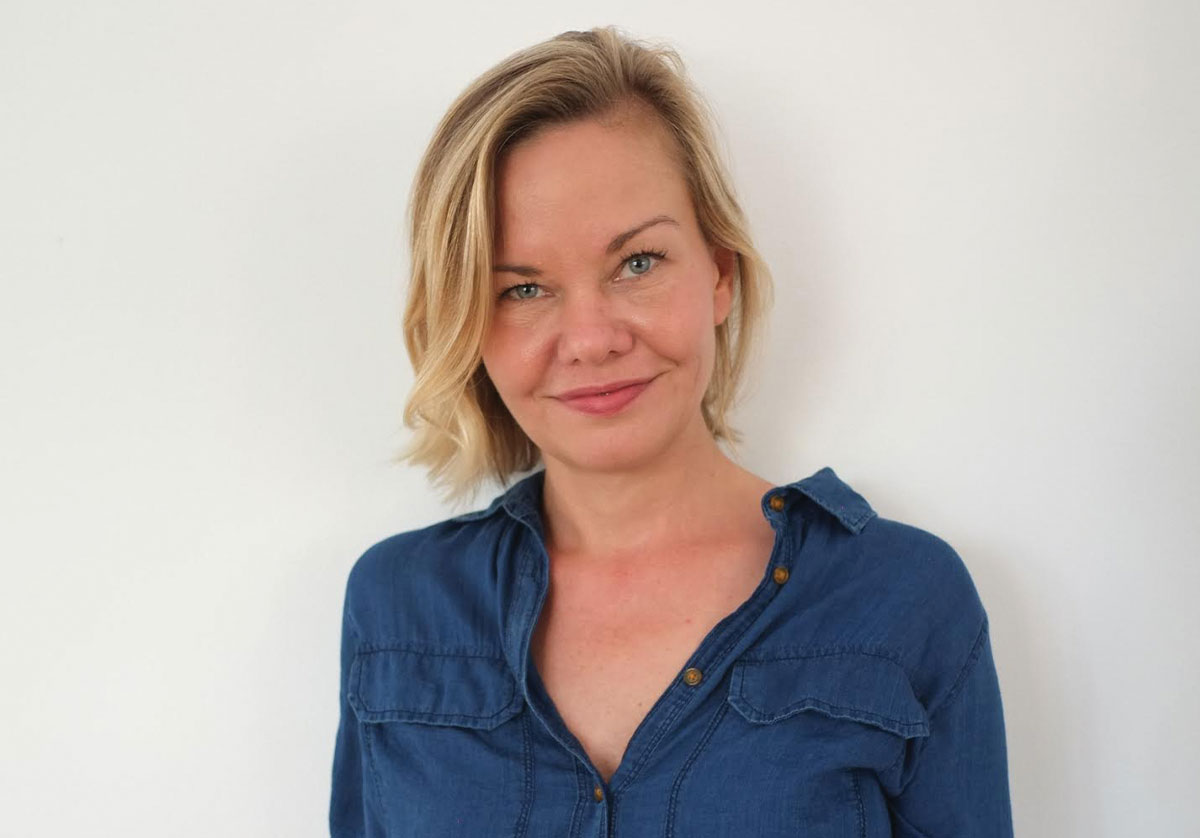 YA Author Kirsten Miller Leaves Puberty Behind in a Novel About Menopausal WitchesIn a Q&A about "The Change," the U.S. writer talks about the Long Island killer who inspired her story, seeing ghosts and dispelling myths about women in midlife 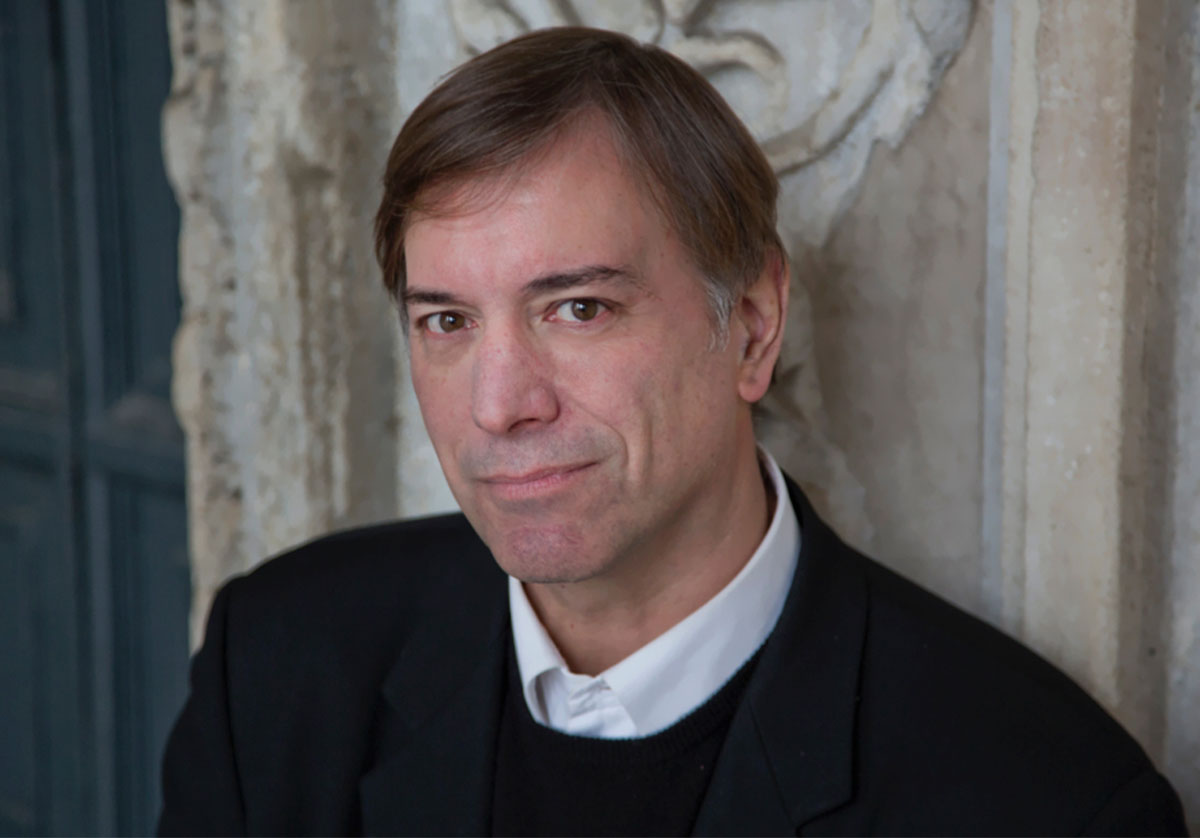 Eric Reguly Gets to Know His Late Father by Writing a Book About the Famed Canadian War CorrespondentIn "Ghosts of War," the Globe and Mail journalist travels to Vietnam in an effort to reconcile Robert Reguly's globe-trotting career with his family life