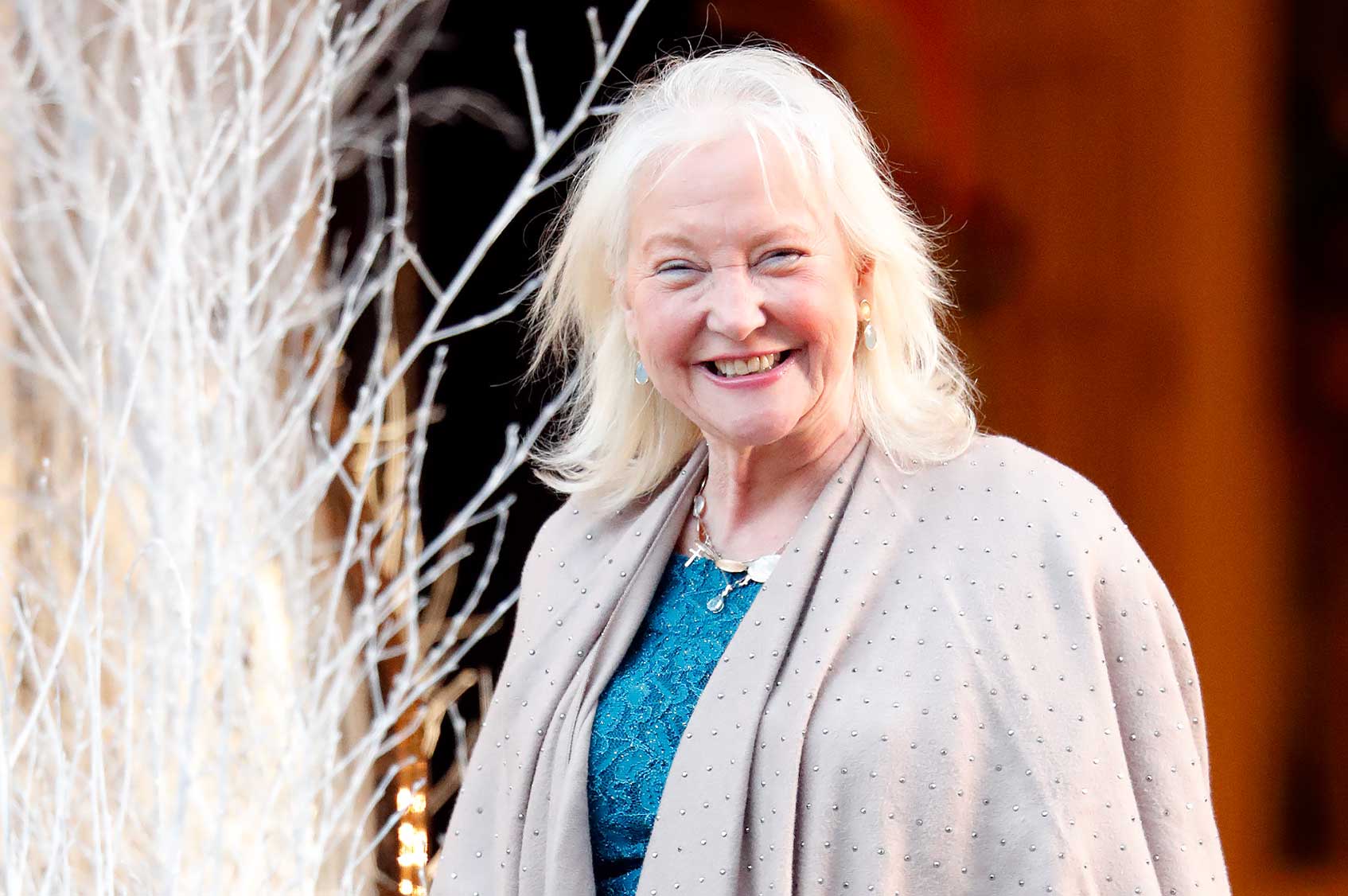 Angela Kelly (Personal Assistant and Dress Maker to Queen Elizabeth II) pictured in 2018. Kelly is one of Her Majesty's most trusted aides, and lived with the monarch and Prince Philip on the grounds of Windsor Castle during COVID lockdown. Photo: Max Mumby/Indigo/Getty Images

Angela Kelly, who's worked for the Queen for 20 years, discusses everything from cutting the Queen's hair to "the light and laughter that was shared ... even in the darkest moments." / BY Mike Crisolago / April 12th, 2022

One of Queen Elizabeth II’s closest aides is set to reveal what it was like to spend COVID lockdown with the 95-year-old monarch.

Angela Kelly, 64, who has worked with the Queen for 20 years — she holds the official title of Personal Assistant, Adviser and Curator to Her Majesty The Queen (Jewellery, Insignias and Wardrobe) — will open up about life at Windsor Castle during the pandemic in an updated edition of her 2019 book, The Other Side of The Coin: The Queen, the Dresser and the Wardrobe.

“This special edition of The Other Side of the Coin has been revised and updated to mark The Queen’s Platinum Jubilee, containing previously unseen chapters covering the Royal Household’s isolation during the pandemic, Angela’s own devotion to service to keep the monarch safe, and the light and laughter that was shared behind closed doors, even in the darkest moments,” the HarperCollins website notes.

According to a press release, the new insights in the book include, “Angela supporting the Queen in new ways, such as cutting and setting her hair [during lockdown]; the Duke of Edinburgh’s funeral; the first public engagements post-lockdown; and a look ahead at the Jubilee celebrations in June.”

Kelly, who also wrote the 2012 book Dressing the Queen: The Jubilee Wardrobe, received the Queen’s blessing to reveal the personal anecdotes she shares in the addition to The Other Side of the Coin. Kelly was among the small group of trusted people who moved with Her Majesty and Prince Philip to Windsor Castle during the pandemic lockdown. But even before that, she enjoyed a rare level of trust within the monarch’s inner circle.

The Daily Mail reports that The Other Side of the Coin also offers insights into Kelly’s role, including “sew[ing] in extra layers of lining to cushion the impact of beading and crystals on the Queen’s back when events require glamorous gowns” and wearing Her Majesty’s new shoes first to break them in so they’re comfortable when the Queen puts them on.

The publication adds that Kelly also made Prince George’s christening robe and that the Queen is known to visit her at Kelly’s own residence on the royal grounds, “nipping in for tea.”

The revised edition of The Other Side of The Coin: The Queen, the Dresser and the Wardrobe will be available on May 12.