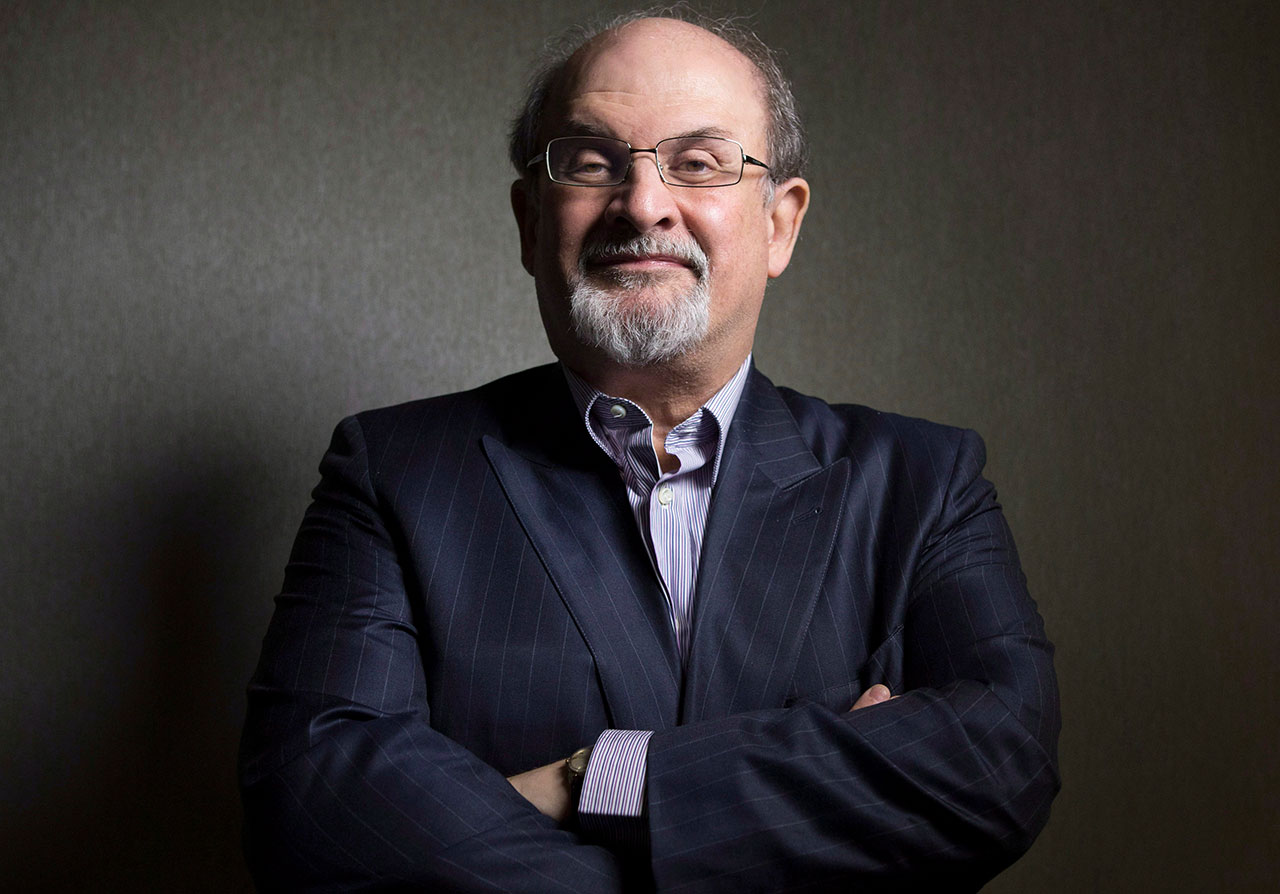 Author Salman Rushdie poses for a photo as he promotes the movie 'Midnight's Children' during the 2012 Toronto International Film Festival in Toronto on Saturday, Sept. 8, 2012. Photo: Chris Young/Reuters

The Indian-born novelist who was ordered killed by Iran in 1989 because of his writing, was attacked before giving a talk on artistic freedom. / BY Reuters / August 12th, 2022

Salman Rushdie, the Indian-born novelist who spent years in hiding after he was ordered killed by Iran in 1989 because of his writing, was stabbed in the neck as he was about to give a lecture in New York state on Friday, according to police and an eyewitness.

A man rushed to the stage at the Chautauqua Institution and attacked Rushdie as he was being introduced to give a talk on artistic freedom to an audience of hundreds, an eyewitness said. A State Trooper present at the event took the attacker into custody, police said.

New York Governor Kathy Hochul said Rushdie was alive and “getting the care he needs.” Rushdie, 75, was taken by helicopter to a hospital but police said his condition was not yet known.

Police did not give a motive for the attack and it was not clear what kind of weapon was used.

The author fell to the floor when the man attacked him, and was then surrounded by a small group of people who held up his legs, seemingly to send more blood to his upper body, as the attacker was restrained, according to a witness attending the lecture who asked not to be named.

Rushdie, who was born into an Indian Muslim family, has faced death threats for his fourth novel, The Satanic Verses, which some Muslims said contained blasphemous passages. The novel was banned in many countries with large Muslim populations upon its 1988 publication. A year later, Ayatollah Ruhollah Khomeini, then Iran’s supreme leader, pronounced a fatwa, or religious edict, calling upon Muslims to kill the novelist for blasphemy.

Rushdie went into hiding for many years. The Iranian government said in 1998 it would no longer back the fatwa, and Rushdie has lived relatively openly in recent years.

Iranian organizations, some affiliated with the government, have raised a bounty worth millions of dollars for Rushdie’s murder. And Khomeini’s successor as Supreme Leader, Ayatollah Ali Khamenei, said as late as 2017 that the fatwa was still valid.

Rushdie published a memoir about his life under the fatwa called “Joseph Anton,” the pseudonym he used while under police protection. His new novel “Victory City” is due to be published in February.

Rushdie was at the Chautauqua Institution to take part in a discussion about the United States serving as asylum for writers and artists in exile and “as a home for freedom of creative expression,” according to the institution’s website.

He became an American citizen in 2016 and lives in New York City.

Rushdie has been a fierce critic of religion across the spectrum. He has been critical of oppression and violence in his native India, including under the government of Prime Minister Narendra Modi, the leader of the Hindu-nationalist Bharatiya Janata Party.

PEN America, an advocacy group for freedom of expression of which Rushdie is a former president, said it was “reeling from shock and horror” on what it called an unprecedented attack on a writer in the United States.

“Salman Rushdie has been targeted for his words for decades but has never flinched nor faltered,” Suzanne Nossel, PEN’s chief executive, said in the statement. Earlier in the morning, Rushdie had emailed her to help with relocating Ukrainian writers seeking refuge, she said.

U.S. Senator Chuck Schumer of New York called it “an attack on freedom of speech and thought.