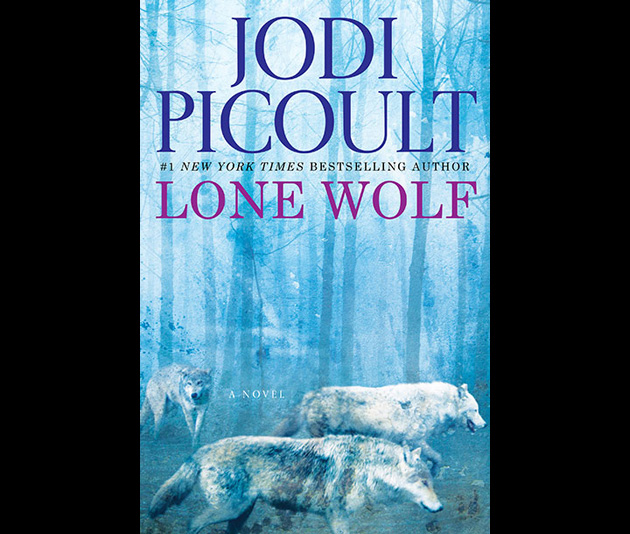 Bestselling novelist Jodi Picoult isn’t exactly shy about taking on tough issues. In previous books she has written about families dealing with a number of obscure medical conditions and complex legal issues, including conceiving a child to become an organ donor for a sick sibling in My Sister’s Keeper.

Now, in her 19th novel, Lone Wolf, Picoult takes on the controversial and heartrending issue of whether or not to end the life of a loved one who is in a permanent vegetative state.

The set up: Luke Warren, a biologist, has spent his life researching wolves — and has literally lived with them in the wild for nearly two years before creating his own captive wolf pack. His obsessive devotion to his wolf family, however, exacts its price on his human one, including adoring 17-year-old daughter Cara; his estranged son Edward who moved away to Thailand six years earlier after a fight with his father; and finally, Luke’s ex-wife Georgie, who is now married to a defense attorney (who will play a key role in the plot).

Set in New Hampshire, the story opens when Luke and his daughter are in a car crash, which leaves Luke in a coma and Cara injured. Edward returns home from abroad, and after hearing the doctors’ prognosis — that his father will not recover — wants to cut off life support and donate his organs to save another life. Cara, who blames herself for the crash, is determined to wait for a miracle and keep Luke alive. Georgie, the mother, is caught between her warring children, even as the case goes to trial.

And while the tie-in to the main action may not seem obvious, the book — true to its title — is also very much about wolves. A surprisingly moving metaphor for the intricate ties of human families, the reader comes to understand how members of a wolf pack need each other to survive — and how sometimes that survival means sacrifice.

The wolves are cleverly woven into the narrative through a series of Luke’s flashbacks. And when it comes to her mysterious four-legged characters, Picoult has clearly done her research. According to her website, she spent time with a man called Shaun Ellis, who like her character Luke, had lived with a wild wolf pack. She describes what she learned about how wolves live and form alliances: “The first wolf you’ll encounter is not the alpha, but a beta — tough, comes rushing up to you, responsible for discipline in the pack. Betas are expendable; they are the thugs in the mafia family. The alpha will hang back. Wary. The brains of the group, and too valuable to put him or herself in danger — he’s like the king not going into battle.

“The alpha is the one who tells everyone — including the big tough beta — what to do. An alpha can hear the change in the rhythm of your heart rate from six or seven feet away. An alpha female can terminate her own pregnancy if she feels that it’s not a good time for breeding in the pack.”

Lone Wolf examines impossible moral choices: Should people who have no medical hope for recovery be kept alive artificially? Given no instructions from the patient, who gets to decide? What if family members disagree? Should the potential to save another person’s life with a donated organ affect the decision?

Once again, Jodi Picoult proves herself to be a master of building a heartbreaking story around a controversial issue told through compelling characters who find themselves pitted against one another.