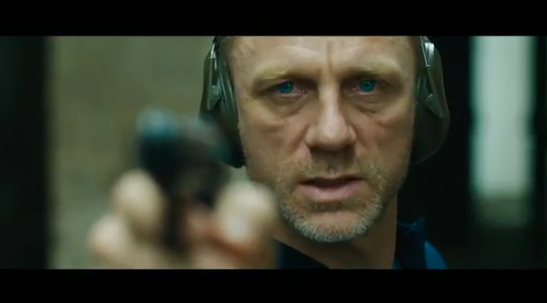 Bond: What part’s that?

What’s it about? James Bond (Craig) is getting older, and some in the Secret Intelligence Service known as MI6 question whether he can still get the job done. Meanwhile, M (Dench) is increasingly careless on the job, resulting in her forced retirement. And, oh yeah, a crazed ex-MI6 agent (Bardem) leads a cyber-terrorism attack against MI6 and NATO agents around the world. His timing couldn’t be worse.

Is it any good? Skyfall is truly a Bond film for the 21st century. Questions of age loom large, from Bond’s deteriorating field performance to M’s increasing carelessness to the capability of MI6 itself to protect the country. Even Q (Whishaw), whose youth takes Bond by surprise, pokes fun at some of the film franchise’s more outdated trademarks: “Were you expecting an exploding pen? We don’t really go in for that anymore.”

This critical look at 007 conventions also serves a deeper purpose. James Bond is 50 (59 if you’re counting from when Ian Fleming’s first book, Casino Royale, was released). In this age of high-tech superheroes (some of who have had to be re-invented themselves) such as Batman or Iron Man or spies from the Bourne book/film series, who regularly employ cutting-edge gadgetry to fell their foes, Bond’s usual routine needs a facelift.

Enter Skyfall. Daniel Craig is a brilliant Bond, struggling to keep up with the pace set by his own legendary exploits while still charming the ladies, dressing sharply and delivering clever one-liners on cue. Bardem, as the vengeful ex-MI6 agent and current cyber-terrorist Raoul Silva, steals the show with turns both psychotic and hilarious (often, both at once). Side note: Is there anyone better at portraying such a variety of villainous types on screen than Bardem (see also No Country for Old Men)?

Dame Judy Dench is heartbreakingly human as M, while Harris and Whishaw make great first impressions and could wind up as staples of future Bond films.

Kudos to director Sam Mendes for a brilliant opening title sequence and for keeping the spirit of Bond intact while overhauling some of the more outdated concepts the franchise is built upon (i.e., no exploding pens). One final note: you’ll have Adele’s haunting “Skyfall” theme stuck in your head for days after viewing this film. Consider yourself warned.

Can I bring my kinds and grandkids to see it? Bond isn’t usually considered a kid-friendly franchise, so play it safe and leave the little ones at home.