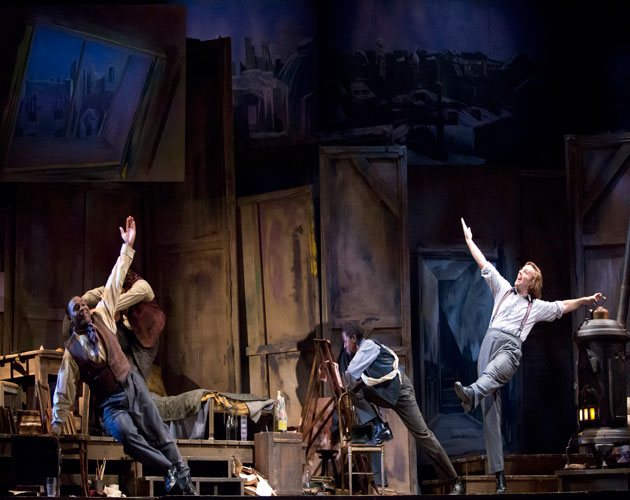 The music of Mozart, Benjamin Britten, Verdi and Handel will echo throughout the Four Season’s Centre during the Canadian Opera Company’s (COC) 2013-2014 season. The seven-opera playbill is punctuated by returning stars and high-profile debuts, as well as three new productions and three COC premieres, announced by the company’s General Director Alexander Neef this morning in the Richard Bradshaw Amphitheatre.

January 2014 ushers in a new production of Mozart’s Cosi Fan Tutte, directed by Atom Egoyan (whose Salome hits the stage this season in April). The show features both the COC debut of English baritone Sir Thomas Allen, and the return of Canadian soprano Tracy Dahl after a nearly two-decade absence. The opera also serves as the annual Ensemble Studio performance.

Two more COC premieres round out the season. First, acclaimed American soprano Sondra Radvanovsky makes her debut as Elisabetta in Gaetano Donizetti’s royal drama Roberto Devereux. Then, Italian bass Ferruccio Furlanetto, who reportedly told Neef in years past that he wanted to perform in Canada, gets his wish with the title role in Jules Massenet’s Don Quichotte.

In addition to the regular opera season, Neef noted 2013/2014 will feature the return of the COC’s popular Free Concert Series for an 8th season, saying the offering “has changed the cultural landscape of Toronto for the better.”

“More than ever, you can see how the COC has become a destination for artists of exceptional talent and renown,” Neef said in a statement. “In the end, it is the electric exchange between artists and the audience that makes the art come alive.”